Analysis: What’s the issue with the DA’s family values? 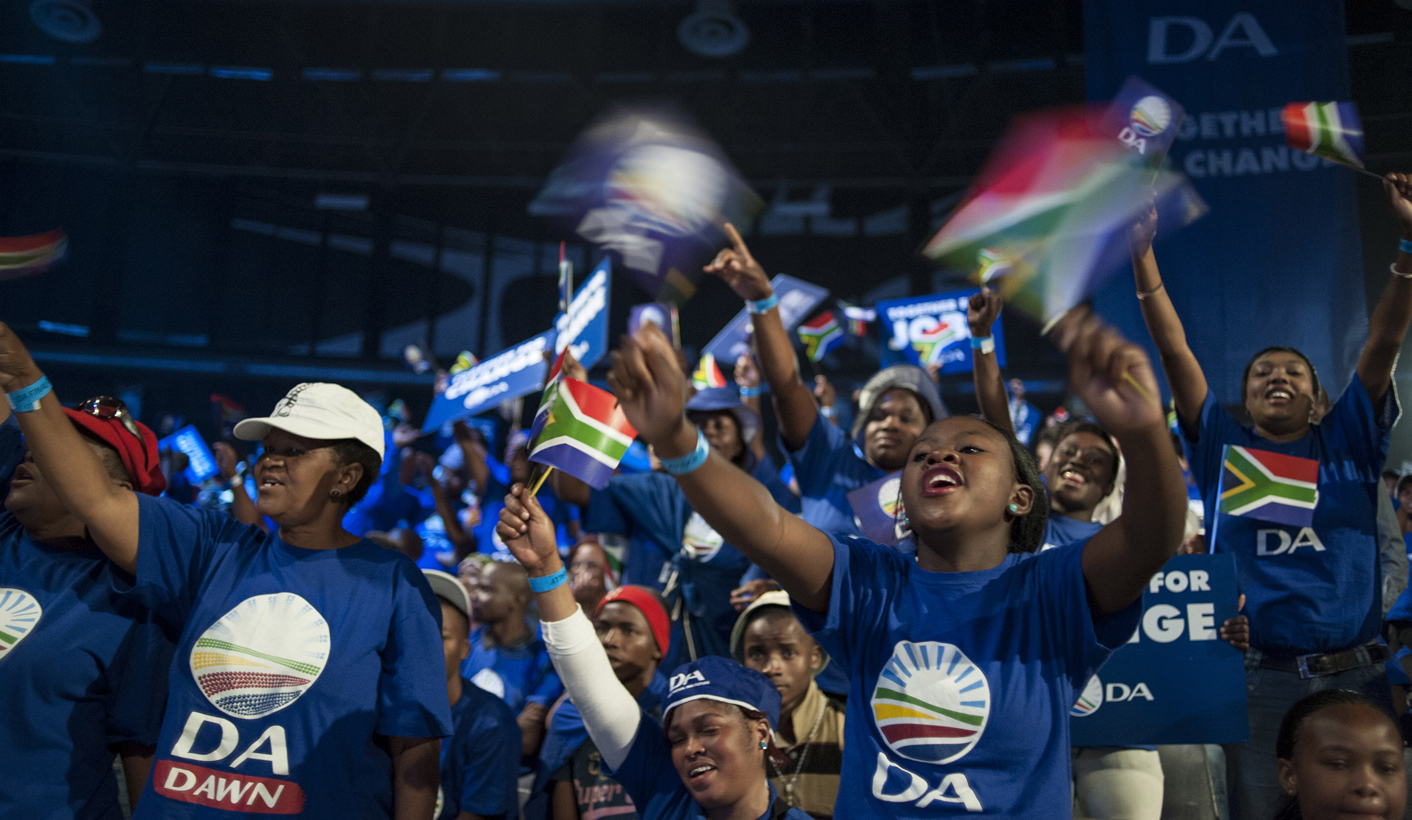 This weekend, the Democratic Alliance’s federal congress did not just elect new leadership for the party; it also adopted a new values charter. That charter’s emphasis on family values was a cause of concern to several prominent DA MPs. What could possibly be controversial about saying that stable families are key to a successful nation? By REBECCA DAVIS.

What are families? The DA’s new values charter doesn’t offer a definition. It deliberately seems to leave room for a plurality of interpretations. That’s sensible in a country where the traditional concept of a nuclear family, for instance, barely exists. Most South African children grow up living with only a mother. Western Cape DA leader Patricia de Lille clarified: “It includes every structure you could ever think of: extended families, families whether it’s a gay couple or just a single mother.”

Perhaps some within the DA would have felt more comfortable about the references to “family” if the charter explicitly spelled out the range of manifestations listed by De Lille. It doesn’t, though it allows for them to be “uniquely structured”. Here are the relevant bits from the charter:

MPs such as Wilmot James, Belinda Bozzoli and Ian Ollis expressed concern over the inclusion of these paragraphs. Others, such as de Lille and chief whip John Steenhuisen, urged the party to allow the adoption of the values section of the charter to go ahead unchanged as “Helen Zille’s legacy”.

Zille is known to have a strong religious faith and has repeatedly spoken of the importance of her own family, so it’s unsurprising on one level that the outgoing leader would place particular stock on prioritizing families.

On the other hand, liberals have often tended to skrik when family values are mentioned. This is partly because that kind of talk is redolent of the religious right in places like the USA, associated with a moralistic framework which, by definition, seeks to instruct people how to live.

Liberal discomfort with the family values discourse also stems from the reasons raised at the DA congress by Wilmot James – that individual liberties and rights should be of paramount importance. More radical lefties would argue that the family has always been a tool of social control.

International research does show that family stability can contribute positively to economic wellbeing and social mobility: Zille and the DA are on firm ground there. However, there’s also reason to be wary of some of the implications of the charter’s statements on the family.

Consider the last of those: A successful nation must have strong family structures, no matter how they are constituted, because no government can replace the role of family.

It is strongly reminiscent of an address US President Barack Obama gave in 2013 at an underprivileged school in Chicago about gun violence. “When a child opens fire on another child, there is a hole in that child’s heart that government can’t fill,” Obama said. “Only community and parents and teachers and clergy can fill that hole.”

Those words were not universally well-received by commentators, because of the loophole they seem to offer government to abdicate responsibility. “While government can’t ‘fill the hole’ of the heart of a child killer, it most certainly plays a crucial part in creating the kind of nihilistic mind-set that makes so many young Black men feel that empty by its lack of action,” one wrote.

An emphasis on the micro level of the family unit risks overlooking the extent to which families are impacted by wider social factors. It is not just the case that fragmented families weaken communities – and by extension, society – but also that fragmented societies weaken families. It is, of course, easier for families to prosper in positive economic situations. If a minority of South Africans are in stable family units, it’s probably not because they’re unaware of the benefits of stable family units.

South Africa has not always been a society where official policy reflected the moral weight given to the idea of family – or, at least, certain types of family. While the Apartheid government promoted traditional Christian values for the white citizens it served, the migrant labour system saw to it that black families were splintered due to economic need. For those active in the anti-Apartheid movement, there were further obstacles to the maintenance of a stable nuclear family: secrecy, imprisonment, exile. In post-Apartheid South Africa, the failure to appropriately manage the HIV/Aids crisis for many years has taken a terrible toll on families as well.

Then there’s institutional sexism to think of, too. Pregnant young girls suffer various official and unofficial forms of stigma and shaming, The males who impregnate them – the “fathers” of some hypothetical family unit – are often entirely absent from the discussion.

Officials may sing the praises of the family, but the way workplace systems are set up still generally imagines a very particular version of family. It would be nice to see more evidence in either the public or private sector that systems are evolving to allow for the possibility that mothers and fathers can share childcare more equally than has traditionally been the case.

The phrasing of the DA’s charter suggests that that families play an irreplaceable role in the wellbeing of individuals. Valorising the structure of the family as the solution to social ills, however, ignores the fact that South African families are sometimes the site of violence and danger – as witnessed by the ongoing epidemic of intimate-partner killings. Will a woman being abused by her husband feel less able to leave him if she is being told that the preservation of the family unit is the key to success for her children?

There’s another thing: if the DA’s family values talk feels familiar, that’s because it is.

There are other South African political parties which are big on the concept of the family, and one of them is the ANC. The Department of Social Development has held the position for the last few years that “families are the building blocks of a strong, stable, and cohesive society”. (When the White Paper on Families was introduced in 2013, the deputy minister of social development Bongi Ntuli told the parliamentary committee meeting, by way of expressing support for the paper, that “God is still in control”.)

The ANC has, in fact, always been big on family. Historian Shireen Hassim’s history of the ANC Women’s League points out that the structure of the ANC itself replicated the form of a nuclear family, with “the exclusively male National Executive Committee [NEC] acting as the paternal head of the movement, the Women’s League playing the lesser, maternal role and the Youth League treated as a space of radical militancy needing the guidance of the parents”.

One of the claims that leadership hopeful Wilmot James made in his unsuccessful campaign was that the DA in its current form risks becoming “an alternate ANC”, with policies not sufficiently differentiated from the ANC’s. Beyond anything else, an emphasis on family values certainly doesn’t set the DA apart. DM

Photo: Some of the thousands of Democratic Alliance (DA) supporters celebrate during the final mass election rally at the Coca-Cola Dome in Johannesburg, South Africa, 03 May 2014. EPA/IHSAAN HAFFEJEE.