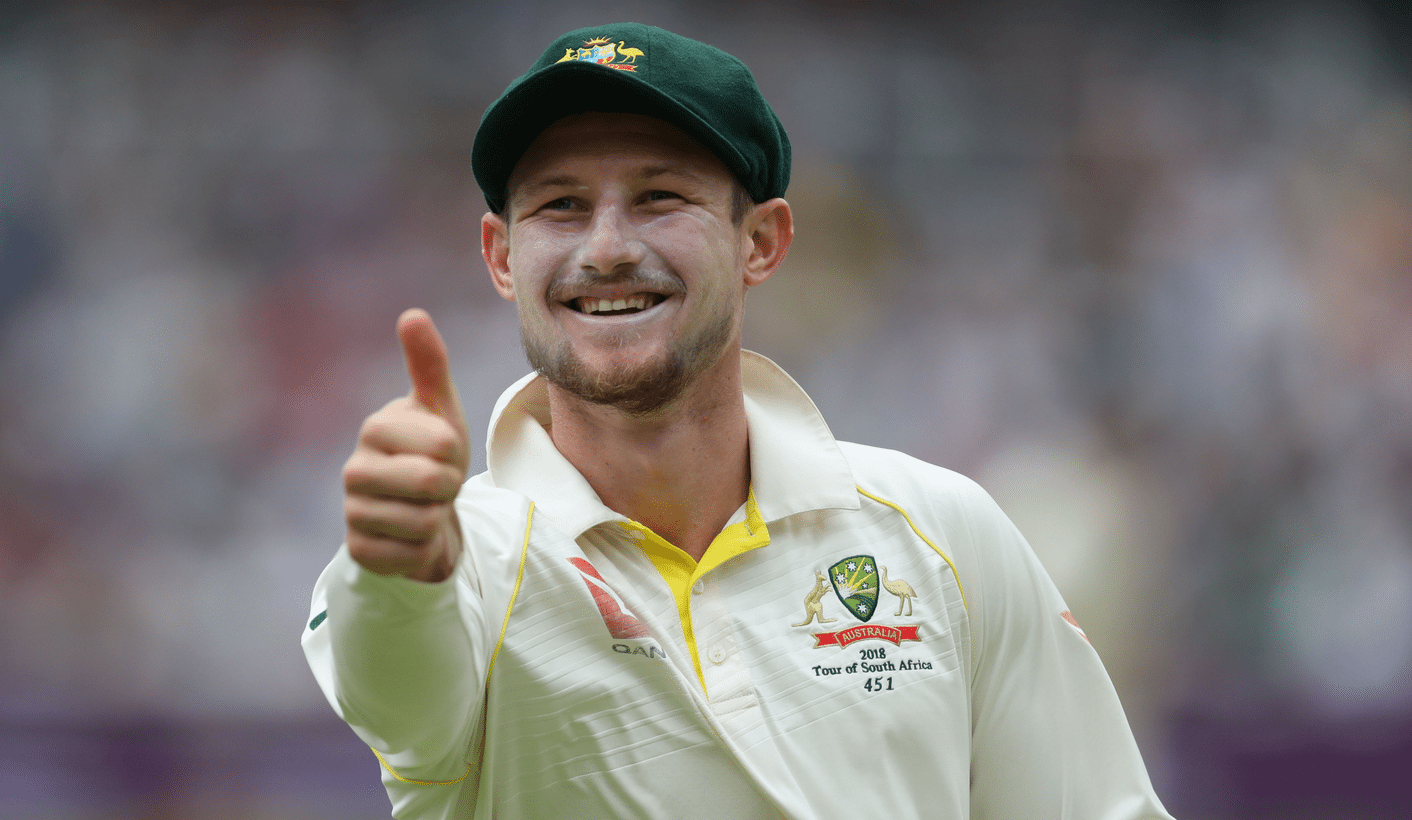 The door to cricket’s moral high ground hit the Australians on their way out, and the sound reverberated through Newlands on Saturday. But let’s not be so hasty in our righteous indignation. By ANTOINETTE MULLER.

In a Test series that’s been marked by controversy and drama, the most startling yet played out right in front of the TV cameras on Saturday.

Australian rookie, Cameron Bancroft, was caught ball tampering, something both he and captain Steve Smith admitted in their close-of-play press conference later. Smith said the “leadership group knew about it”.

Bancroft claimed that it was a piece of tape. Others thought it was sandpaper.

It has come with predictable doses of outrage, perhaps heightened by the fact that the Australians have tried to claim the moral high ground in this series on more than one occasion.

The whole series has been a tango of pantomime villains that’s included players, fans and a coach – who was once banned for a racial slur – trying to tell fans that they are “disgraceful” for baiting his players.

But nothing quite gets the door to the moral high ground revolving quite as quickly as a bit of blatant ball tampering.

It’s all been made worse by the fact that it’s the newest member of the team who was caught in the act – and that he tried to lie to the on-field umpires about what he was doing – all while coach Darren Lehman seemingly relayed a message that the cameras had picked up his little misdemeanour.

Fronting up to the media at the close of play on Saturday, Bancroft said:

“I’ll be honest with you, I was nervous about it because with hundreds of cameras around that’s always the risk, isn’t it? I sit before you today and I’m not proud of what’s happened.

“I was in the wrong place at the wrong time and I want to be here because I’m accountable for my actions.”

Some have offered the perp sympathy, but to paint Bancroft as some sort of victim in all of this, influenced by bad apples as if he’s about to pop his first MDMA tablet at a trance party, is naïve.

He’s 25 years old with 75 first-class games to his name. He knew exactly what he was doing – and if you want to be cynical, his quote that “it’s a risk when cameras are around” might even suggest that he has done it before.

Why Bancroft? Quite simply because every team has a dedicated “manager” – usually not a bowler, because if they are caught, they might be barred from bowling for the rest of the Test. He’s not a victim, he’s complicit.

But it would be even more foolish to think it’s only the Aussies who are at it. It is easy to lambast them, because everyone loves a villain and nobody plays that part better than the Australians.

Most famously, Mike Atherton’s “dirt in the pocket” incident was the first big incident to be caught on camera.

And, most memorably, Shahid Afridi was so bereft of care that he went in for a nibble – trying to say he was only going for a little sniff.

These are to name but a few. And they are the ones we saw. Accusations of tampering, or at least suggestions, are frequently raised by opposition and pundits.

Long before HD cameras were plentiful, this happened. Just imagine what goes on when the cameras aren’t present at domestic games.

This incident was blatant, extreme, pre-meditated; part of collective efforts by desperate fools to get ahead. They will, in all likelihood, be made martyrs for their transgressions and their cheating.

But it raises the question about what cricket’s chiefs are doing to stem the culture of “ball management”.

Smith “promised” that it was the first time it had happened under his leadership. Yet, in the same test, Pat Cummins was spotted standing on the ball “accidentally on purpose”, as Graeme Smith called it during commentary.

When asked about the incident after the day’s play, Cummins laughed.

“What do you want me to say? It was a mistake.”

He even said that he shared a “giggle” with the umpire because it was all “obviously very unintentional”.

“I think he had a look (at the ball) straight away, but there were no issues, so he passed it on.”

“Ball management” happens all the time and the ICC’s laws are pretty clear:

The ball may be polished without the use of an artificial substance, may be dried with a towel if it is wet, and have mud removed from it under supervision; all other actions which alter the condition of the ball are illegal.

But, just as the no-balls that never seem to get spotted unless there is a DRS review these days, “ball management” isn’t noticed as often as it should be.

Instead, official claim the small victories like fining passionate fast bowlers brushing their opposition in the heat of the moment.

Some sides go to the extreme. Few get caught. And while it’s easy to say the laws are in place to take care of those that do, policing it is another matter.

Considering the number of incidents – and accusations – that have cropped up in recent times, perhaps it’s time the ICC conducts a full review of whether they are doing enough.

Or, if you are radical, perhaps there should be a “tampering hour” where players can do whatever they damn well please from a selection box of tools provided by the umpires.

For now, cricket’s moral high ground is being expropriated without compensation. It’s only a matter of time before the land is leased to somebody else. DM