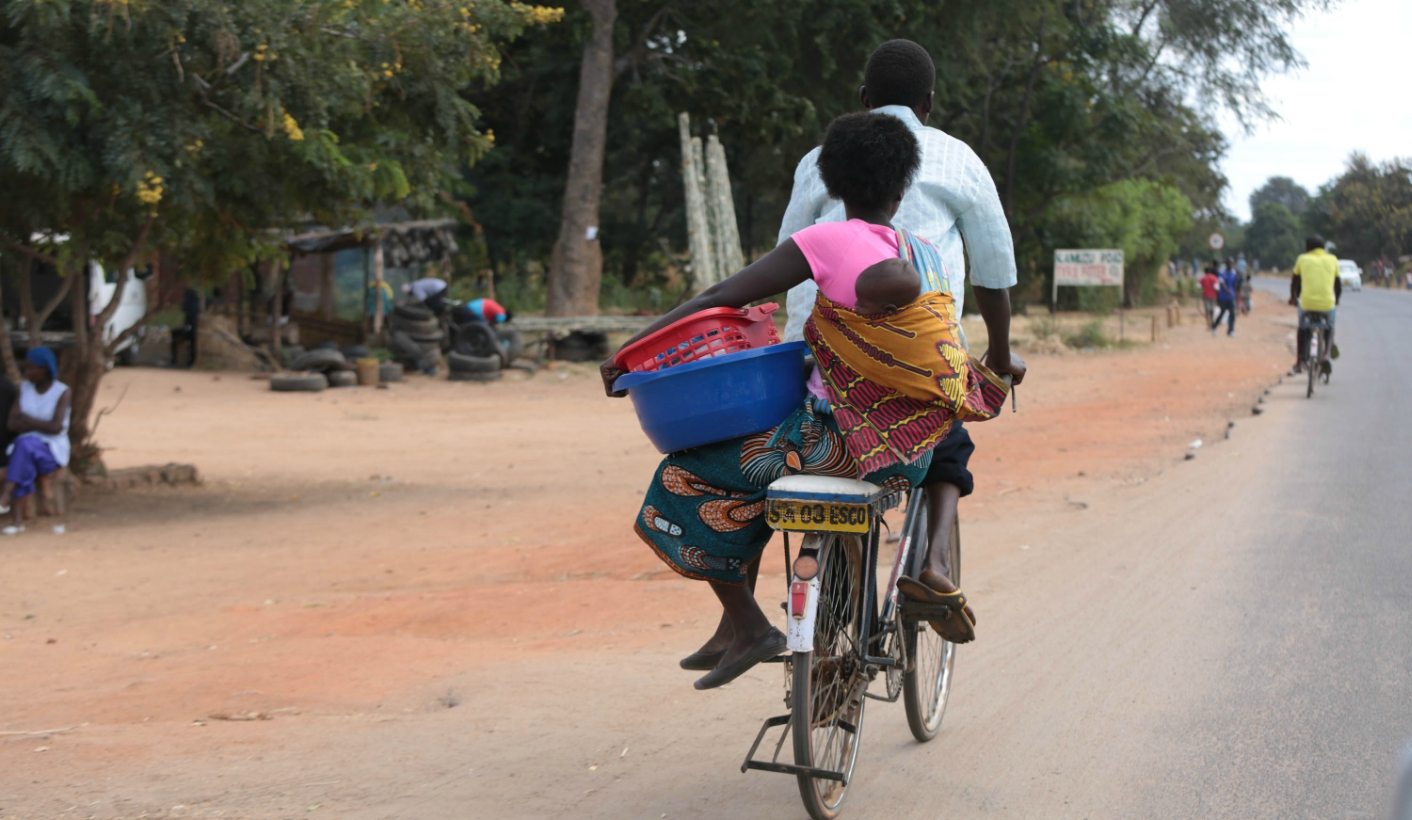 It is widely seen as the Malawi presidency’s sweetheart contractor. And a leaked official report lends weight to this perception, showing that Portuguese-based multinational engineering firm Mota-Engil has almost 10 times the value of government road-building contracts as its nearest rival. By GREGORY GONDWE.

A report by the Roads Authority (RA) shows that Portuguese-based multinational engineering firm Mota-Engil currently has road contracts in Malawi with a combined value of 142-billion Malawi kwacha (R2.4-billion).

By contrast, the second most-favoured company, Zhajoung of China, is engaged in government road projects worth just K14.9-million (R250-million).

A high-ranking executive from a rival civil engineering company, who asked to remain anonymous, said the feeling among competitors was that Mota-Engil was the principal beneficiary of Malawi government tenders.

“We cannot protest the conduct of government when it comes to awarding these projects to Mota-Engil because the construction industry in Malawi is guided by politics,” the executive said.

Asked for comment, Mota-Engil’s public relations officer, Thomas Chafunya, said any questions should be directed to the Malawi government and the RA.

“We are the bidding and contracted party, but they are the contracting authority and owners of the projects on behalf of Malawi,” he said.

Kajanga said all donor-funded projects must follow donor requirements and guidelines, meaning that “the RA follows transparent procurement systems – there is no bias in the award of contracts”.

“Under the development programme, the authority is managing 10 contracts, five of which are being executed by Mota-Engil and the rest managed by different contractors,” she said.

According to the Roads Authority report, Mota-Engil has been contracted to build the Thyolo-Makwasa-Thekerani-Makhanga road, funded to the tune of K27.3-billion (R450-million) by the Malawi government, the Kuwait Fund, the Arab Bank for Economic Development in Africa, the Saudi Fund and Opec.

Construction on the 82km road began in August 2016 and is expected to be completed next year.

The company is also building:

The brothers were very close. Local media reported that Bingu left Peter K74-million in cash in his will, as well making him co-executor of his estate. He is a key figure in the Bineth Trust, Bingu’s property vehicle.

The Nation newspaper reported that Bingu died in April 2012 “at the height of whispers regarding his relationship with Mota”.

The company reportedly built a villa in Portugal for him called Villa Casablanca, as well the mausoleum of former first lady Ethel Mutharika at his Ndata farm in Thyolo, where he was also buried.

The Nation quoted the company as saying these projects were “donations towards a cause”.

Mota-Engil came under the spotlight in 2012, when The Nation newspaper reported that it had seen three cheques amounting to K13.5-million (about R420 000 at the time) which the company had deposited in Bingu’s personal bank account at the Capital City branch of Standard Bank in Lilongwe. It gave the account number as 0140001886701.

The newspaper reported that the cheques were drawn against Mota-Engil’s Engenhara Eco FMB current account and carried the signature of Mota’s managing director, Antonmarco Zorzi.

Zorzi was quoted as saying that the payments were for copies of The African Dream, Bingu’s book, which he had bought at auction at the book’s launch in February 2011.

The Nation countered that the cheques had been deposited a year earlier than the launch, in March 2010.

Mota’s perceived ties with Bingu were again highlighted in June 2016 by the veteran MP for Mzimba West, Harry Mkandawire, who told the Malawian parliament that Bingu had salted away K61-billion in assets offshore. In 2004, when he became president, Bingu declared K250-million in assets.

In a document tabled in parliament, Mkandawira alleged that the former president received 10% of all payments to Mota on government contracts, and that his offshore assets had been accumulated with the help of “inducements” by the company.

His deceased estate revealed that in addition to Ndata estate, the former president owned six farms in Malawi, four vacant lots and four houses in Blantyre, and vacant land and a house in Harare, Zimbabwe.

Mkandawire said that he had evidence that Bingu had stashed away assets in foreign countries including Australia, the United States, South Africa and Taiwan.

After his sudden death, it was alleged that cash including millions of US dollars was removed from State House. The Malawi Law Society called for a probe of his fortune.

He called the allegations “political tactics to torment my family”.

Based on anonymous sources, the Nyasa Times also alleged that Mota is bankrolling a campaign by Agriculture Minister Georg Chaponda to win the presidency next year.

Mutharika has allegedly anointed Chaponda as his successor. The Nyasa Times claimed that the minister refused to grant an interview.

Mota, which has been active in Malawi for more than 20 years, initially entered the country as a road contractor, but its portfolio of contracts has ballooned into new sectors.

In July 2013 the government handed it the management and operation of four ports on Lake Malawi through a concessionary agreement giving it the right to finance, manage and run the ports for a 35-year period.

The Nation reported last year that the contract was awarded without passing through a competitive tender process and violated the Public Procurement Act, as it had not been signed off by the director of public procurement.

The government justified the award by saying no other company was interested. Mota’s chief executive for Africa, Gilberto Rodrigues, was quoted as saying that the approach came from government, adding: “They had a problem and we could be the solution.”

In July 2013 the company built the Nsanje Inland Port, part of the $6-billion Shire-Zambezi waterway project that links Malawi to the Indian Ocean. The port was Bingu Mutharika’s brainchild.

“The presidency, let alone president… Mutharika as an individual has absolutely nothing to do with such processes,” Kalilani said.

“To allege that a company that has been doing business in the country for many years, even before the Mutharika brothers made their names on the local political scene… is a desperate attempt by haters to drag the name of the current president in the mud for malicious reasons.

“Mota-Engil is not winning tenders because it constructed the house of the president’s late brother some years ago.” DM

Photo: A woman rides on the back of a bicycle in Salima more than 200 km out of Blantyre, Malawi 15 May 2017. EPA/AARON UFUMELI