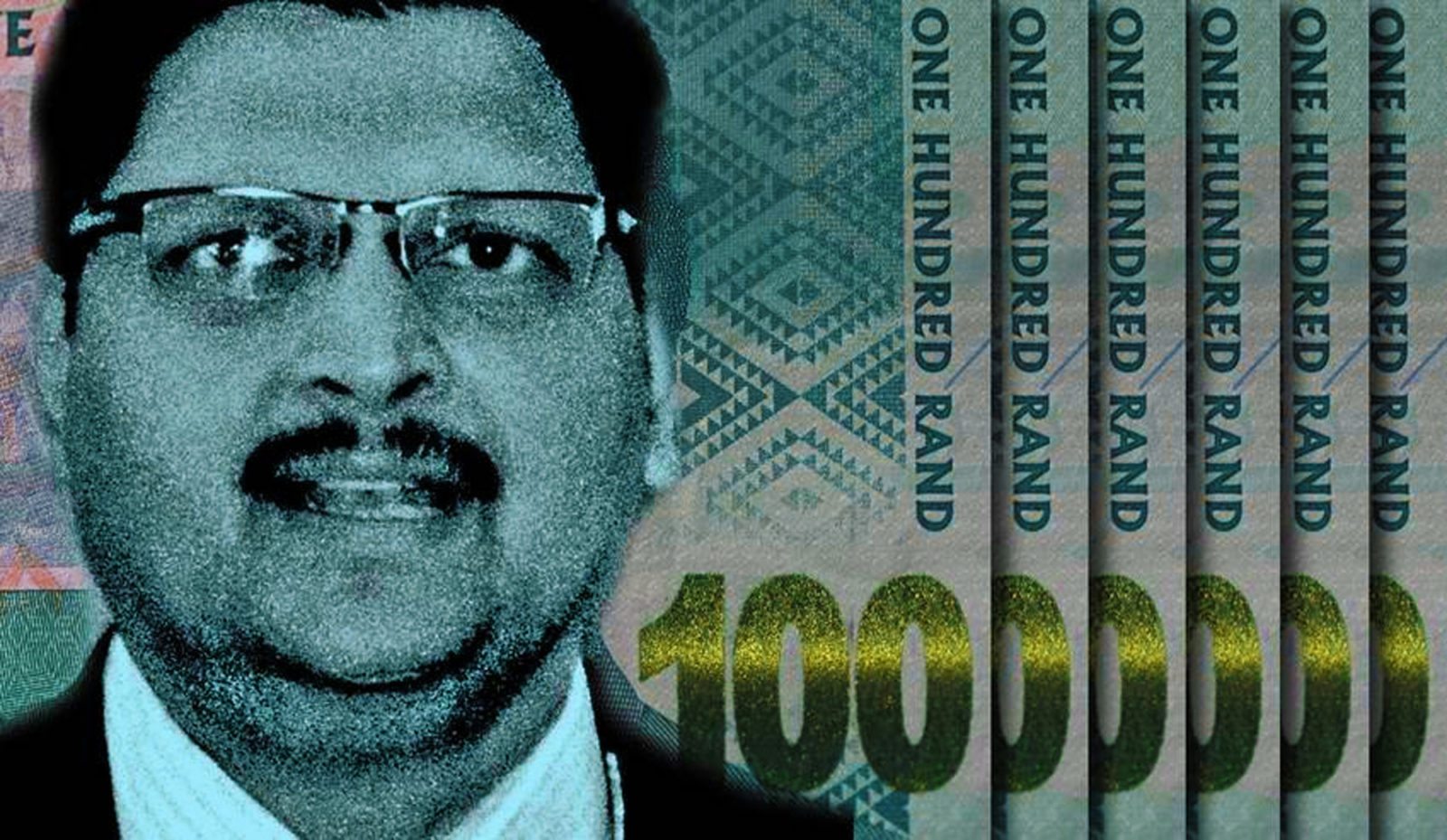 Misleading Parliament, inadvertently or otherwise, in matters linked to the Gupta family and State Capture, is now officially linked to the dismissal of Lynne Brown and Des van Rooyen from Cabinet. That’s the take from the two letters President Cyril Ramaphosa sent to Parliament to report on action taken after two public protector investigations found violations of the Executive Ethics Act and its code. That correspondence on Tuesday emerged before Parliament, where governance, policy and politics intersect on any given day. By MARIANNE MERTEN.

“This letter also serves to inform the National Assembly that I have relieved Ms Brown of her duties as a Minister of Public Enterprises,” was how President Cyril Ramaphosa ended his letter dated 1 March 2018 to National Assembly Speaker Baleka Mbete. Couched in terms of action required under Section 3(5) of the Executive Ethics Act within a finding of a breach by the public protector, it’s to the point.

To recap: Public Protector Busisiwe Mkhwebane recently found that Lynne Brown, while public enterprises minister, had “inadvertently” lied to MPs in a parliamentary reply when she denied any dealings between the Gupta-linked Trillian, McKinsey and Eskom. This, of course, was untrue, as the #GuptaLeaks have established.

In November 2017 Brown again publicly acknowledged that wrong information was provided to Parliament, because she received wrong information from Eskom, during her terse and confrontational testimony before the parliamentary Eskom State Capture inquiry.

The presidential correspondence reveals a similar approach to former co-operative governance minister Des van Rooyen, colloquially dubbed “weekend special” for his brief stay at the helm of the finance ministry in December 2105 after the firing of Nhlanhla Nene, who’s back as finance minister after a stint in the public sector when the proclaimed redeployment to the BRICS bank, the official reason for his 2015 sacking, failed to materialise.

“Engagements” with Van Rooyen on the public protector finding that he had misled Parliament, and so violated the Executive Ethics Code, happened at least as recently as 26 February 2018, the date Ramaphosa reshuffled his Cabinet – and Van Rooyen was sent back to the parliamentary backbenches.

“This letter also serves to inform the National Assembly that I have relieved Mr Des van Rooyen of his duties as a Minister of Co-operative Governance and Traditional Affairs,” states Ramaphosa’s letter, listed in the Announcements, Tablings and Committee Reports (ATC), or Parliament’s record of work.

From the public protector report it emerges that Van Rooyen, who had responded to a DA parliamentary reply that he had never met the Gupta family, actually did in early December 2015.

“I am a treasurer-general of the MKMVA (uMkhonto weSizwe Military Veterans Association) and part of my responsibility is to meet business people to enlist their support into our programme. It was in that capacity that I have met the members of the Gupta family,” was Van Rooyen’s written response in March 2017 to the public protector investigation.

If the hat fits, wear it, or at least try to argue your way; there’s a variety of hats to sport on any given occasion.

The Executive Ethics Code is clear: “Members of the Executive may not wilfully mislead the legislature to which they are accountable”, or the case of ministers, Parliament. The code, like the Act, also bans members of the executive from exposing themselves to conflicts of interests between their official responsibilities and private interests or acting in a way that compromises the credibility or integrity of their office or government.

In the politics of Ramaphosa’s touted “new dawn”, the code and Act may yet come into play as not before in the past nine years.

Perhaps for this reason, Home Affairs Minister Malusi Gigaba, flanked by his Director-General Mkuseli Apleni, held a media briefing on the fast-tracked naturalisation of various members of the Gupta family by the exercise of a ministerial discretion in the Citizenship Act.

Gigaba has yet to be called before the home affairs committee to explain his actions with regards to the Gupta family members’ naturalisation; that committee has been satisfied to hear from the director-general.

Co-incidentally, Tuesday was the day Gigaba was meant to appear before the parliamentary State Capture inquiry to testify on the governance and financial management of Eskom and other State-owned Enterprises (SoEs). That public enterprises committee meeting was cancelled as he requested more time to prepare.

The long and short of Tuesday’s media briefing at the home affairs ministerial offices in the parliamentary precinct? In 2013 when the applications were processed there was no indication of any possible corruption allegations, Gigaba argued, adding that everything was done above board.

It was pretty much what the director-general previously told the home affairs MPs. But on Tuesday Gigaba added that neither Atul nor Ajay Gupta were South African citizens as neither officially informed they had renounced their Indian citizenship. The non-citizen status of Ajay Gupta was known since June 2017; not so Atul Gupta [Update: Daily Maverick is reliably informed that mentioning Atul as not having citizenship was a slip of ministerial tongue.]

Gigaba’s reply opens another can of worms. Various Gupta-linked companies benefited from a series of multimillion-rand black economic empowerment deals, particularly at SoEs such as Eskom, now under the State Capture microscope. Under the Broad-Based Black Economic Empowerment Act, and its related codes, the Guptas are not entitled to such BEE deals – if they are not citizens.

And if they are not citizens, then questions also arise over a parliamentary response from former home affairs minister Hlengiwe Mkhize on 7 September 2017 when the Guptas and their companies’ involvement in State Capture emerged during question time in the House.

“We have to treat people with dignity. We treat matters of this nature within the parameters of the law. We should be guided by the outcomes of that process,” said Mkhize during the heated Q&A, adding that she would not revoke their citizenship even if the Gupta family moved to Dubai.

Could more breaches of the Executive Ethics Act and code for inadvertently or deliberately misleading the House be up for scrutiny? Gigaba was asked about this, but he asked to be allowed to read up: “She (Mkhize) would not have intended to mislead Parliament or the public in any way.”

Even as the optics and tone are changing in the Ramaphosa presidency – at least on the surface – it is about politics, also at Parliament. And so on Tuesday the ANC at the national legislature at the 11th hour decided to can what could have turned out to be another explosive debate in the House – on the nationalisation of the South African Reserve Bank. This as the blowback continues over last week’s agreement to move for a constitutional amendment to allow land expropriation without compensation.

Daily Maverick is reliably informed that the decision to cancel this debate was taken after a meeting of the ANC strategy committee where Nene had requested it be dealt with factually and straight-up-and-down. But then the decision was then made to withdraw the debate from the order paper.

Officially, the Office of the Chief Whip said the reason for withdrawing the debate was “to allow for greater consultation within structures of the ANC and key stakeholders”. Although this “bizarre” reason left labour federation Cosatu baffled, according to it statement:

“They argue that they still want to consult their structures. This is a conference resolution and all the structures of the ANC were represented, when the resolution was taken.”

The withdrawal, however, was welcomed by DA MP David Maynier: “… the debate would have been a disaster risking an attack on the South African Reserve Bank from the ill-informed, nutters and thugs inside Parliament”.

Nationalising the Reserve Bank, like expropriation without compensation, is an ANC December national conference resolution. Like compensation-less expropriation it’s a hot potato cooked to bursting point in the ANC factional haggling over radical economic transformation. It is also tainted by the ham-fisted public protector decision in June 2017 to order a constitutional amendment to change the Reserve Bank mandate in Section 224 of the Constitution to expand it to “promoting balanced and sustainable economic growth and ensuring that the socio-economic well-being of the citizens are protected”.

The issue contained in the report on the apartheid-era ABSA bail-out of Bankorp went to court. The public protector lost. But the political damage was done. And the ANC national conference resolution to buy out the around 650 private shareholders of the Reserve Bank is widely regarded as little more than ideological posturing. By law they have no say in the day-to-day operation, policy directive of the bank, or its foreign reserves.

On Tuesday it almost slipped through the cracks that in 758 cases public servants working in national departments were found guilty of financial misconduct totalling R246,025,219.68 during the 2016/17 financial year, according to the Public Service Commission. If finalised cases in provincial departments are added to this, the amount involved in fraud, corruption and other financial mismanagement by public servants increases to R524,353,075.76, or just over half a billion rand.

It’s a heady mix of governance, policy and politics at Parliament. DM