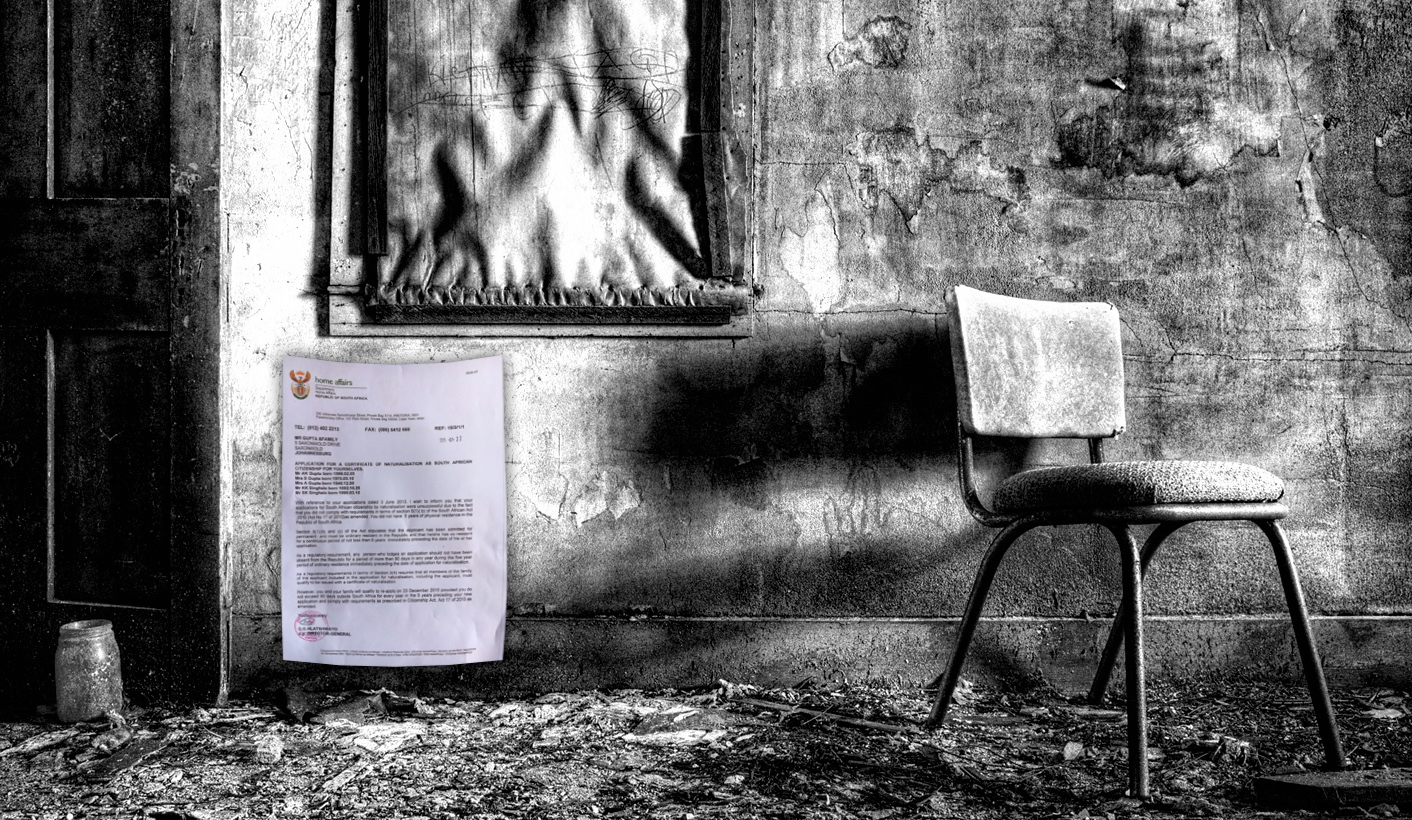 There was much talk from ANC MPs about Parliament respecting Cabinet when the home affairs committee met on Tuesday over how members of the Gupta family became naturalised citizens. In a bizarre twist, the most senior home affairs official contradicted his former political boss, who had publicly confirmed the veracity of documents on this matter released by the EFF on social media earlier this month. It all came down to a date. After four hours it was agreed there would be a further meeting for further clarity from officials and for engagement with ministers – some time after Parliament’s July recess. By MARIANNE MERTEN.

At the heart of the naturalisation of several members of the Gupta family is the permissible ministerial discretion under the Citizenship Act to grant citizenship without the applicant having lived in South Africa as a permanent resident for at least five years.

But the minister who in a letter dated 30 May 2015 waived the residential requirements to grant early naturalisation – present Finance Minister Malusi Gigaba – was not present on Tuesday. A letter informed the committee he was unavailable “due to prior commitments”. Home Affairs Minister Hlengiwe Mkhize said she was out of the country “on migration and development” as the political head leading a delegation on behalf of the international relations minister. And although Mkhize said she had alerted acting home affairs minister, Public Service and Administration Minister Faith Muthambi, she was also not available “due to prior engagements”.

With no minister available to talk on the exercise of ministerial discretion to permit the early naturalisation as citizens of Ajay Gupta – ultimately not approved as he did not submit proof of renouncing his Indian citizenship – his mother Angoori Gupta, his wife Shivani Gupta and their sons Kamal Kant Singhala and Surya Kant Singhala, it was Home Affairs Director-General Mkuseli Apleni who was ready to brief MPs.

But this did not happen before a wide-ranging discussion among MPs on, depending on which political side one sat, the disrespect shown by ministers and the lackadaisical attitude towards the committee constitutional oversight mandate, or the respect MPs needed to show Cabinet.

DA Chief Whip John Steenhuisen argued in terms of Section 55 of the Constitution that Parliament must ensure mechanisms for the executive to account to Parliament and for Parliament to maintain oversight of the exercise of national executive authority. The ministers’ absence made this impossible, and the officials could not speak on behalf of their political bosses. “The situation we find ourselves in is completely problematic. Because the people before us are not responsible,” he said adding that the ministers’ absence appeared to be “a co-ordinated attempt to check out of accounting”. Using Rule 167, the ministers should be summonsed to appear before the committee to account.

ANC MP Donald Gumede pushed for the director-general to be heard as this was a preliminary hearing. “We have not come to a stage where we are saying we summons anyone,” he said, adding that the committee had extended “an invitation to people who are busy”.

And so, rather predictably, the usual fault lines appeared: ANC MPs backed going ahead with the meeting, the opposition MPs from the DA, EFF – its MP Hlengiwe Hlophe pointed out this was the second time now the committee had been eschewed by ministers – the Freedom Front Plus and IFP objected because, bluntly put, a bureaucrat no matter how senior could not talk on behalf of the political boss.

Not so was the case in the finance committee, where SAA board chairperson Dudu Myeni arrived sans her board, and with a late submitted report on the troubled airline’s latest financials. There was much debate on canning the meeting, given the inadequate financial statements – on Friday loans valued at R9-billion are due for repayment unless rescheduled – and the lack of other board members, with whom Myeni has been at odds, including over her attendance of board meetings, according to Business Times on Sunday.

DA MP Alf Lees got angry, and the usually quietly spoken MP let rip. “Why the heck have the loans been left to three days before they are due? Some of those loans were meant to be repaid in December 2016,” Lees said, adding the national airline faced bankruptcy. “This is a crisis. This is not a question where we protect Mrs Myeni from questions from Mr Lees. This is a crisis!”

Myeni, accompanied by the chief financial officer and a group manager acting for the acting CEO, who was under the weather, was told to answer to three points: the rescheduling of loans, the struggle to pay SAA salaries and whether negotiations with the Public Investment Corporation (PIC), or government’s investment entity largely using government pension funds, are under way.

The answers were predictable – yes, negotiations with PIC are under way as are others with other investors, SAA was prioritising salary payments and discussions are under way with regards to rescheduling loans.

Committee chairperson Yunus Carrim ruled Myeni out of order when she said she attended all board meetings. Such matters of board tensions, claims and counterclaims are up for discussion after Parliament’s July recess.

Back at the home affairs committee, Apleni painstakingly went through the applicable legislation, assured MPs all was above board and said just because the list of naturalised persons including the Guptas was not tabled in Parliament by law did not mean these naturalisations were not valid.

But it emerged that Ajay Gupta was not a citizen. Unlike the other family members he had never even filed the notice by the Indian High Commission that it did not object to the acquisition of South African citizenship. This official Indian documentation of no objection was key in approving South African citizenship, although the renunciation documentation was not made available to MPs.

It is intriguing that the Mining Charter recently released by Mineral Resources Minister Mosebenzi Zwane introduces the category of naturalised citizens as a beneficiary of the sector’s transformation. But with Ajay Gupta not a naturalised citizen – though he is a permanent resident – any company he owns and wants to do mining business would not qualify.

Tuesday’s home affairs committee meeting was the second in two weeks it met to deal with fallout of the #GuptaLeaks in line with an earlier directive from House Chairperson for Committees Cedric Frolick. Announced publicly two weeks ago, Frolick directed four committees – home affairs, public enterprises, mineral resources and transport – to urgently engage the relevant ministers. This directive was invoked at last week’s Chief Whips’ Forum, a consultative forum bringing together all represented political parties, to reject a DA proposal for a single ad hoc committee to probe all state capture claims.

If Tuesday’s home affairs meeting is anything to go by, particularly if compared to the inquiry into troubled Eskom and its dealings with Gupta businesses from late July, it is that much depends on politics – and which way the fractures in the ANC parliamentary caucus fall in a year when the governing party goes to hotly contested policy and national elective conferences. DM