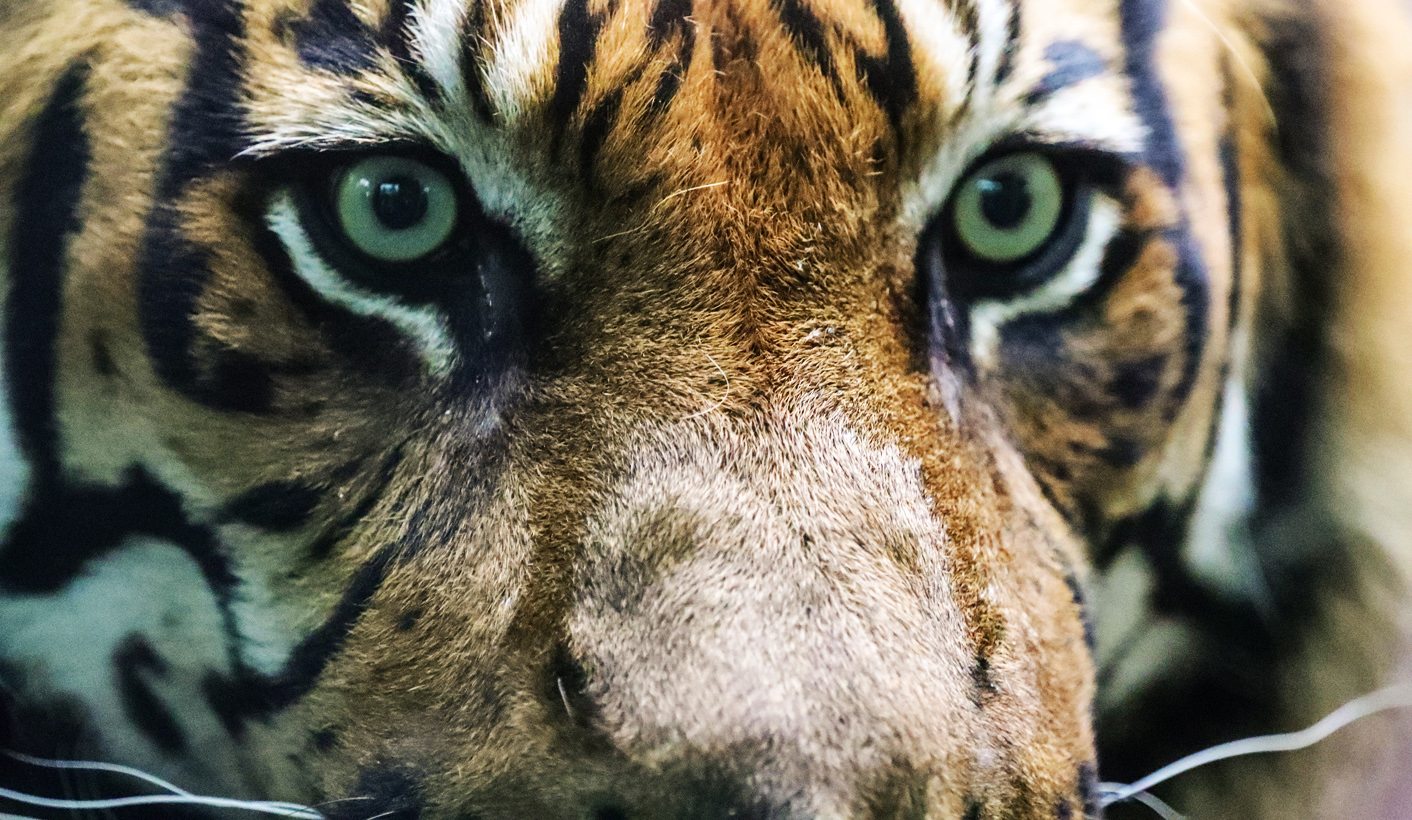 It may come as a surprise to many, but South Africa is exporting large numbers of Asian tigers … to Asia. By ADAM CRUISE.

In the last five years, according to the Cites (Convention on International Trade in Endangered Species) trade database, South Africa has exported over 200 live captive-bred tigers, mostly to Asia and the Middle-East. These figures exclude the dozens of tiger trophies, bones, claws and skulls exported over the same period.

Most (almost 100) were exported to Vietnam and Thailand, both countries which form part of the cat’s natural range. Other Asian countries favouring South African-bred tigers include Bangladesh, Myanmar, Pakistan and China. All these countries – along with South Africa – are implicated in the legal and illegal trade in tiger products.

The trade is most likely driven by the demand for tiger bone wine, a form of traditional medicine used for the treatment of bone or joint-related ailments such as arthritis. Tiger bones are boiled down until they form a glue-like substance, which is then dried in cake-like blocks from which shavings are mixed with wine and consumed.

The shortage has led to an increase in breeding tigers for their products. According to the Environmental Investigation Agency (EIA), an organisation that has been investigating the tiger trade for the past two decades, more than 7,000 tigers are kept in captivity in facilities throughout China, South-East Asia and South Africa. Many facilities in these countries have been implicated in illegal trade in tigers and their parts and derivatives,

South Africa, according to data from the EIA, has at least 280 tigers kept in 44 facilities across the country. Local legislation allows for the commercial breeding and domestic and international trade in captive-bred tigers, as it does with the export of bones from captive-bred lions.

South Africa’s involvement in the trade in tigers and tiger products has raised concern among Cites Parties. Wild tigers are listed as Appendix I species; commercial trade in the cats or their derivatives is forbidden. But if captive-bred, they are allowed to be traded under certain regulations which strictly monitor the trade.

The concern, however, is that there is little or no monitoring of the breeding facilities importing tigers from South Africa, with some farms implicated in selling tigers and tiger parts to Asia without the necessary export permits.

At the 69th Meeting of the Standing Committee in Geneva last year, a report by the Cites Secretariat stated that any country where tigers and other Asian big cat species are bred in captivity must “ensure that adequate management practices and controls are in place to prevent parts and derivatives from entering illegal trade from or through such facilities.”

The Cites Secretariat plans to “review legal and illegal trade in Asian big cats, identifying those which may be of concern”. In preparation of this review, the Secretariat issued a notification to the South African Department of Environmental Affairs (DEA) to provide the necessary information on the number of tigers and the number of facilities breeding tigers in South Africa.

Asked about when they will collate and provide the information for the Secretariat, the DEA’s Deputy Director for Cites Policy Development and Implementation, Mpho Tjiane, said: “We have no time lines to achieving this goal as we have not planned.”

Wildlife investigator and film maker, Karl Ammann, who has been reporting on the live animal trade to Asia for years says: “South Africa won’t be in a rush to comply with the secretariat’s directive as they know Cites tends to shy away from enforcing non-compliance measures.”

Out-going secretary general of Cites, John Scanlon, said that Cites has compliance measures it can apply through its standing committee, which could include prosecuting offending breeders or dealers, confiscating animals, or a recommendation to suspend trade with the countries concerned. However, these measures, says Scanlon are “used as a last resort as our primary goal is to work with and assist Cites Parties in the effective implementation of the convention”.

This means very little will be done to protect tigers in South Africa, says Ammann, and the country “will continue to play a major role in the illegal trade in wild tigers without fear of recrimination from the international body”. DM