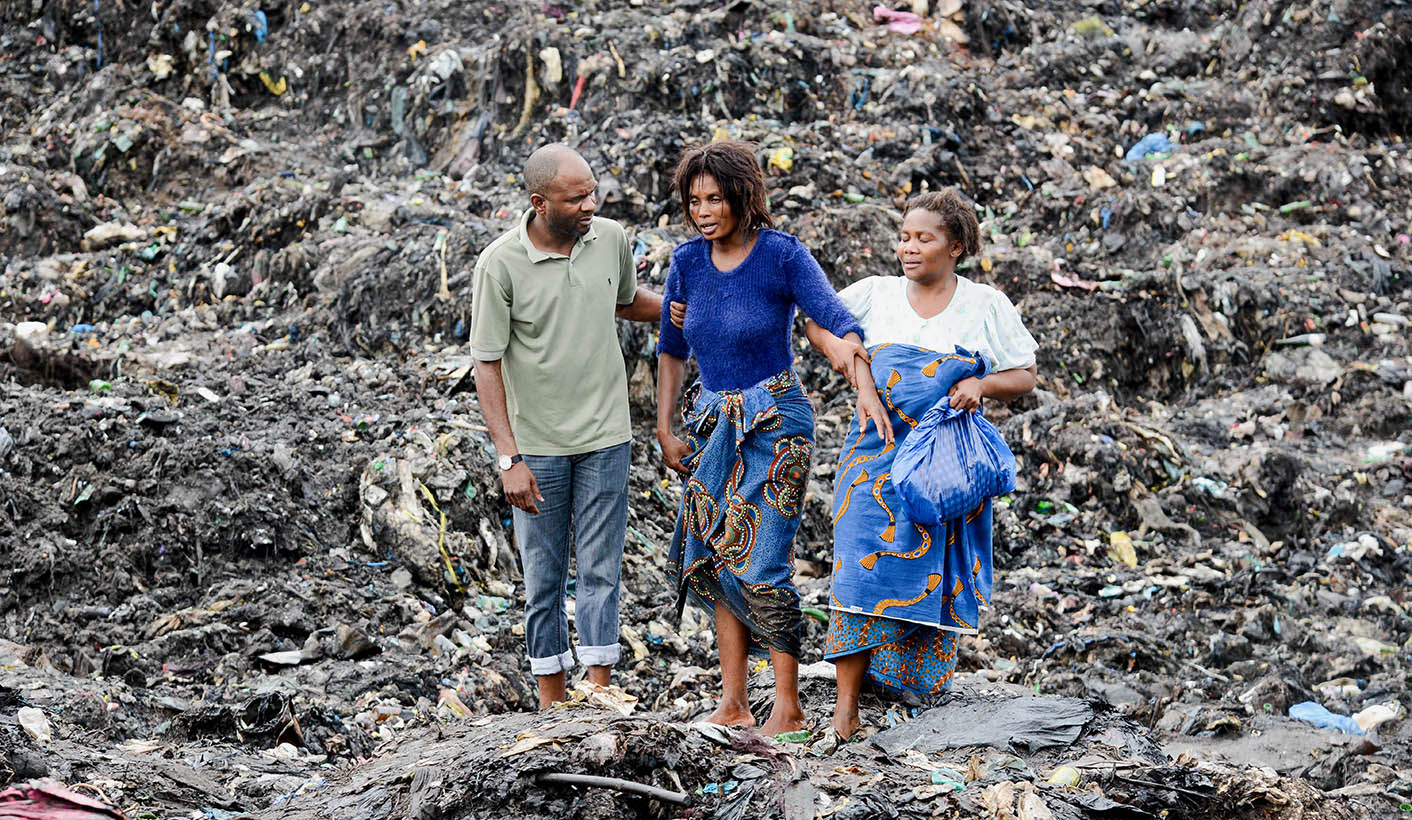 The Hulene garbage dump has long been considered a hazard.

A 2014 AFP report described it as “an area the size of 17 football fields, layer upon layer of garbage piled as high as a three-storey building”. “Besides the acrid fumes it gives off, in rainy summer months the stench is unbearable and swarms of flies from the dump invade houses. Over the past decade, several public protests have been staged to get it closed.”

In fact, closing the dump down was a key election promise made by Maputo’s mayor David Simango in the 2013 election, reports Mozambique’s news agency AIM.

“We assume all the responsibilities for the Hulene accident,” Simango said last week, according to ANA. “We will not try to justify ourselves.”

The Democratic Republic of Congo on Saturday banned church-organised protests against President Joseph Kabila from going ahead, while his supporters occupied the country’s main cathedral.

AFP reports that hundreds of youth members of the ruling People’s Party for Reconstruction and Democracy “stormed” the church on the eve of the planned protests to “defend the homeland”.

The Catholic Church has been a vocal critic against Kabila’s continued rule, which has long since extended past its 2016 expiry date. The government has blamed the delay in elections on security concerns and voter registration issues. The vote is now scheduled for 23 December.

The church has in the last few months led two mass protests against Kabila. Both were violently shut down by the state, leaving at least a dozen dead.

In a statement released last week before the ban, the country’s bishops slammed the state’s deadly response, reported the Catholic News Service: “Why were so many killed, injured, arrested and abducted, so many churches profaned and so many prayers interrupted? What crimes had been committed by these Christians and Congolese citizens?”

“We will not give up, we will continue our peaceful protests and it will take however long it takes,” priest Jean Yongo told Reuters at a prayer service on Friday. “But we are hopeful as Christians that one day, we will live in a free country where freedom is key and for all Congolese.”

Zimbabwean opposition leader Morgan Tsvangirai was last week buried in his hometown after a long battle with cancer.

According to AFP, thousands turned out on a rainy Tuesday for the funeral, including diplomats, regional opposition leaders, and even representatives from the ruling Zanu-PF: “Many people in the crowd blew whistles and wore red shirts emblazoned with Tsvangirai’s portrait, some weeping openly.”

But it was a farewell marred by factional fighting within Tsvangirai’s MDC-T as his three deputies continue to tussle over the position of rightful heir.

Nelson Chamisa was controversially elected as the party’s acting president just a day after Tsvangirai died – but it’s a vote being contested by his counterparts Thokozani Khupe and Elias Mudzuri.

Reuters reports that party youths at the funeral last week “mobbed and threatened to beat up” Khupe, before Chamisa “calmed the situation”.

At a rally in Harare a day earlier, writes NewsDay, “Khupe and Mudzuri sat stone-faced with the former even failing to acknowledge Chamisa after he gave the main speech”.

“We want to thank Morgan Tsvangirai for fighting for our rights,” a man from the opposition stalwart’s village told AFP. “We will remember him forever.”