ISS Today: Decline in elephant poaching could be short-lived 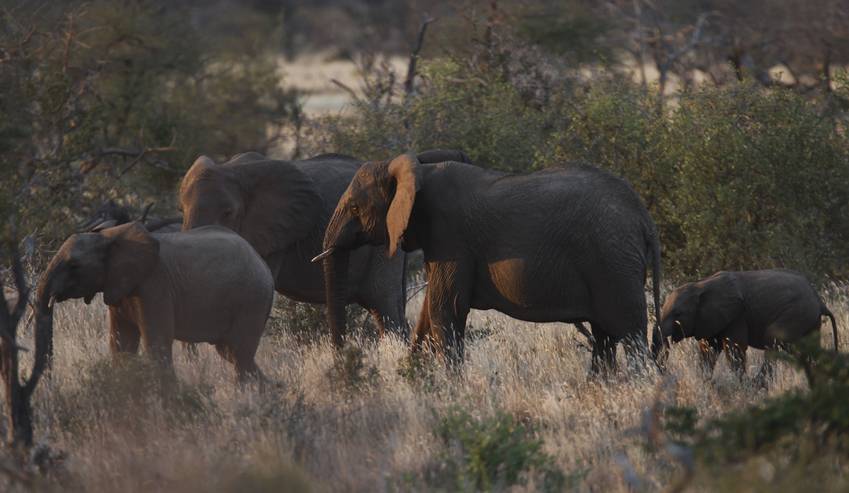 The steady drop in poaching is threatened by new markets for ivory in Southern Asia. By Duncan E Omondi Gumba for ISS TODAY.

Elephant poaching in Africa has dropped for five consecutive years to levels last witnessed over a decade ago. The latest report by the Convention on International Trade in Endangered Species of Wild Fauna and Flora (CITES) on the status of elephants and ivory trade reveals a welcome indication of gains made, and links this to better law enforcement.

The report indicates that 2016 saw “the highest level of seizures of illegally traded ivory by weight since commercial international trade was banned by CITES in 1989”.

These encouraging trends are primarily linked to developments in East Africa. The region saw a dramatic surge in poaching that began in 2008, and decimated almost 50% of its elephant population. Between 2010 and 2012, poachers killed more than 100 000 elephants. This led to East African countries requesting special protection status for the elephant.

The CITES figures – regarded by the conservation community as the most reliable – are generated by two programmes: Monitoring the Illegal Killing of Elephants and the Elephant Trade Information System. The data used by these programmes are collected by ranger patrols in over 60 sites across Africa and complement government reports on ivory seizures.

In Southern Africa, the CITES report indicates that the jumbo population is stable or increasing. This could be interpreted as a marker of success by those who argued for once-off ivory sales In 2008, Botswana, Namibia, South Africa and Zimbabwe earned $15.4-million through a once-off 102-tonne ivory sale to Chinese and Japanese traders in CITES-supervised auctions. The proceeds, according to the four countries, were used in conversation efforts.

Research, however, shows that the once-off sales led to higher demand and worryingly provided cover for ivory smugglers. The 2013 report from the Monitoring the Illegal Killing of Elephants programme indicated a spike in elephant poaching across Africa in 2011, three years after the approval of the once-off ivory sales. This confirmed fears that the sales would raise ivory demand in China and Japan, where most of the auctioned ivory was purchased.

In turn, the increased demand led to the slaughter of tens of thousands of elephants, rhinos and tigers in Africa and Asia. The period between 2016 and 2017 saw a spike in ivory processing in Africa that fed the smuggling of finished products into Asia.

Despite economic arguments that show how the legal trade in ivory does not lower poaching rates, calls to lift the nearly three-decade-old CITES ivory ban continue. Governments in both Africa and Asia have adopted CITES measures in an attempt to curb elephant poaching and the illegal ivory trade. The record numbers of large-scale ivory seizures reported in 2016 are attributed to stricter law enforcement, which led to the closure of domestic legal markets and a drop in ivory prices, especially in China.

Although China has been the largest importer of illegal ivory, the gains resulting from its ban on all domestic ivory trade and processing could be short-lived. Experts warned that the ban has driven up demand for tusks, horns and skins, opening up new ivory markets in Laos, Thailand and Vietnam. Law enforcement against ivory trade in these Southern Asian countries remains weak, creating gaps for smugglers in areas controlled by terrorist groups, like al-Shabaab in Somalia and the Lord’s Resistance Army in Uganda.

The expansion of these markets could reverse what has been achieved in East and Southern Africa. Law enforcement in these regions must be bolstered to achieve further reductions in poaching and a continued stabilisation of elephant populations. Southern Asian governments should, in turn, be compelled to respect international conventions like CITES. DM