Analysis: Cyril Ramaphosa and the narrative of good PR

Analysis: Cyril Ramaphosa and the narrative of good PR 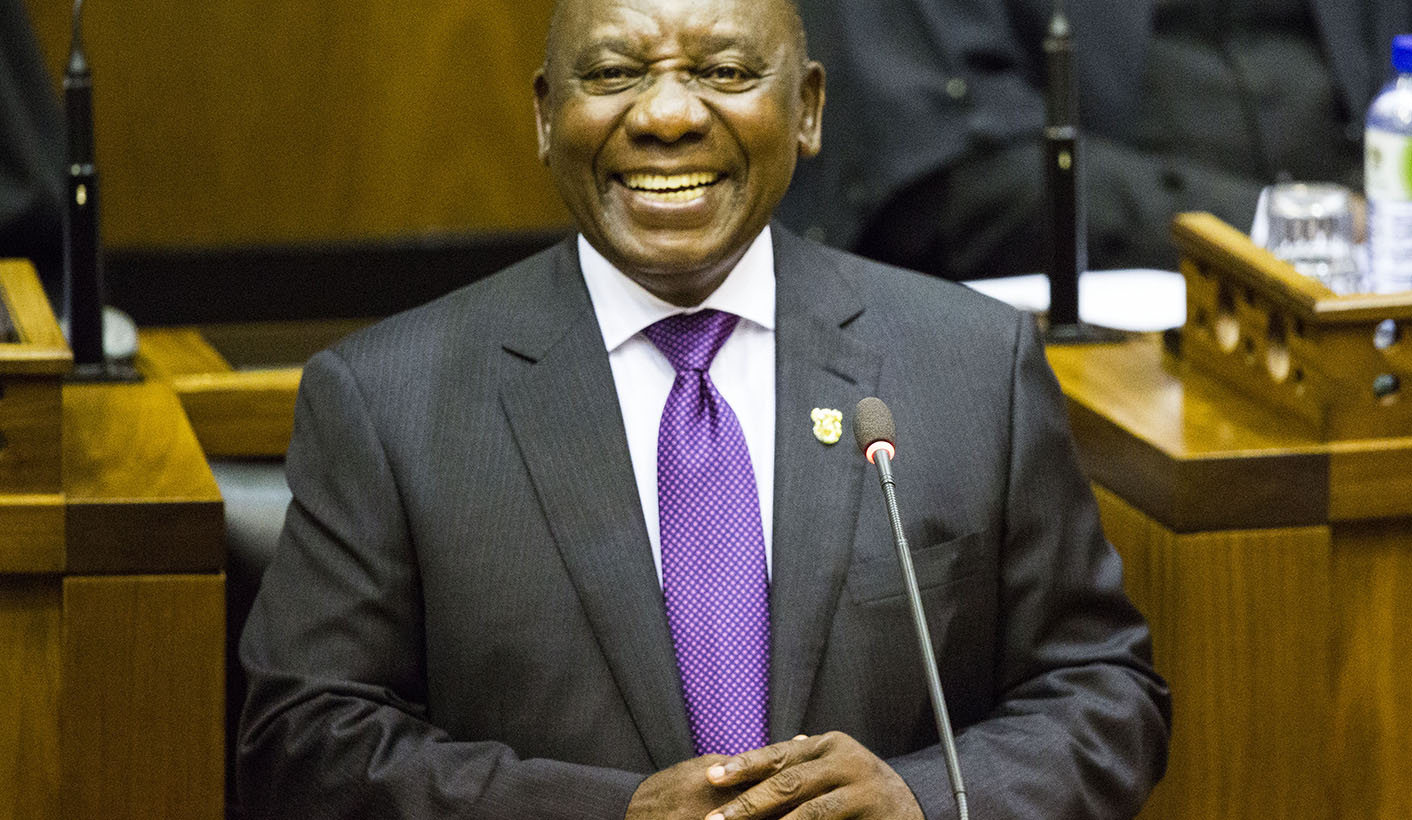 Get a move on, former US President Barack Obama, there’s a new political catchphrase in town. South African President Cyril Ramaphosa sees your “Yes we can!” and is telling you to “Send us!” instead. By ANTOINETTE MULLER.

If Jacob Zuma’s communications team has a subscription to Newsclip, a monitoring service that tracks brand mentions, they probably avoided sending him this week’s report.

As far as Brand JZ goes, it was a woeful week. Beyond the obvious “cornered into resignation” thing, he was also called a motherf***er live on television.

In contrast, Cyril Ramaphosa was being fawned over on social media with memes and selfies.

First, there was the ordinary act that earned the president-elect much attention. He went for a jog on Sea Point promenade.

How much jogging he got done – given that he had to stop for selfies at every turn – doesn’t really matter. He was at it again on Friday morning, quickly becoming better motivation for your morning jog than that nagging fitness tracker on your wrist.

A selfie with the president is something people want now. It’s hard to imagine a similar reaction to Zuma – never mind him committing the act of meandering on the prom.

It was great PR but it’s unlikely that Ramaphosa actively went out seeking such reaction. If that’s what he’d wanted, he’d have squeezed in visits to the poorer communities of Cape Town or found a way of delivering 5l bottles of water to unsuspecting citizens.

It wasn’t the first time that Ramaphosa’s running was interrupted by selfies. Earlier this year, he did the same in East London. eNCA’s Thulasizwe Simelane reported that the ANC wasn’t too happy about Ramaphosa pottering around in his Ronald McDonald socks, but CR just wanted some me time.

But his selfie-filled engagements weren’t even the best example of a PR masterstroke last week. After an oom was spotted giddily clasping his hands together after catching sight of CR, the internet got to work and produced this:

Everyone in the public eye engages in varying degrees of PR. It’s why politicians go around kissing babies (and sometimes each other) in the lead-up to elections. Or why cricket teams do cute videos where they surprise children at their homes.

The purpose of PR is simple. In its most basic form, it’s storytelling that creates a certain narrative to advance an agenda. It builds reputations through the media and other independent sources.

You don’t have to hire an agency to help you execute these basic principles. You just need to understand people. PR need not be paid for and it doesn’t need internet bots to promote it.

Ramaphosa going on his jogs creates a simple narrative: look at me, I am just like you, really. People relate to him, unlike his predecessor, who had seemingly nothing in common with anyone else.

But countries, especially those in such a critical flux like South Africa, aren’t run on public relations campaigns and selfies. Ramaphosa, like the country he has been tasked to run (not on the promenade), is a man of contrasts. Delicately balancing these contrasts will be his biggest challenge. He will have a brief honeymoon largely because South Africans are just so relieved that the trauma is over.

As the euphoria wears off, Ramaphosa will be agitated by the opposition, even if Julius Malema was giggling giddily in the house on Friday, despite insisting that the whole shebang is illegitimate and Parliament has to be dissolved. And despite the fact that the EFF arrived at the State of the Nation Address singing songs about Marikana.

Even if the Marikana commission exonerated him – and he apologised about e-mails sent the day before the massacre – that tragedy will continue to bite at his heels, because many of its wounds have not yet healed.

But, as anyone who has dabbled in the industry will tell you, setting the narrative from the get-go will go a long way in wafting away the smoke when fires start to smoulder.

We saw that already during the State of the Nation Address on Friday. By their very nature, these addresses are boring and it’s only because of the disruption of recent years that they have been watched by so many.

Even when using the words “one mining fatality is one too many” (referring to the deaths of miners trapped underground this year), the EFF did not howl, even though those words could have been contorted so easily.

The contents of Ramaphosa’s speech weren’t that much different to what we’ve heard before. But the narrative had been set: this is a new dawn. South Africa has a president who hangs out with us.

And then there was the moment of gold. Whoever writes his speeches should get a bonus for digging up a Hugh Masekela quote and creating what will surely now become his slogan hashtag: #SendMe.

Ramaphosa ended his speech by quoting from the song Thuma Mina with those two simple words: send me.

It’s hard to imagine a speech containing the words “land expropriation without compensation” being welcomed by such feverish hashtag catch-phrasing if it were uttered by other vocal chords. Or in different circumstances.

When the ANC announced that they would be pursuing land expropriation without compensation at the party’s elective conference last year, you could hear the collective typing of “move to Australia visas” Google searches emanating from suburbia alongside furious social media posts.

Now, people would “like some clarity on what that means” and have finally cottoned on to the fact that to in order to pursue this policy, the Constitution has to be changed.

Some might even be so enchanted that they are willing to say: look, CR, if you must take back the land, #SendMe.

Clearly #TeamCR has been praying to all the right deities. DM