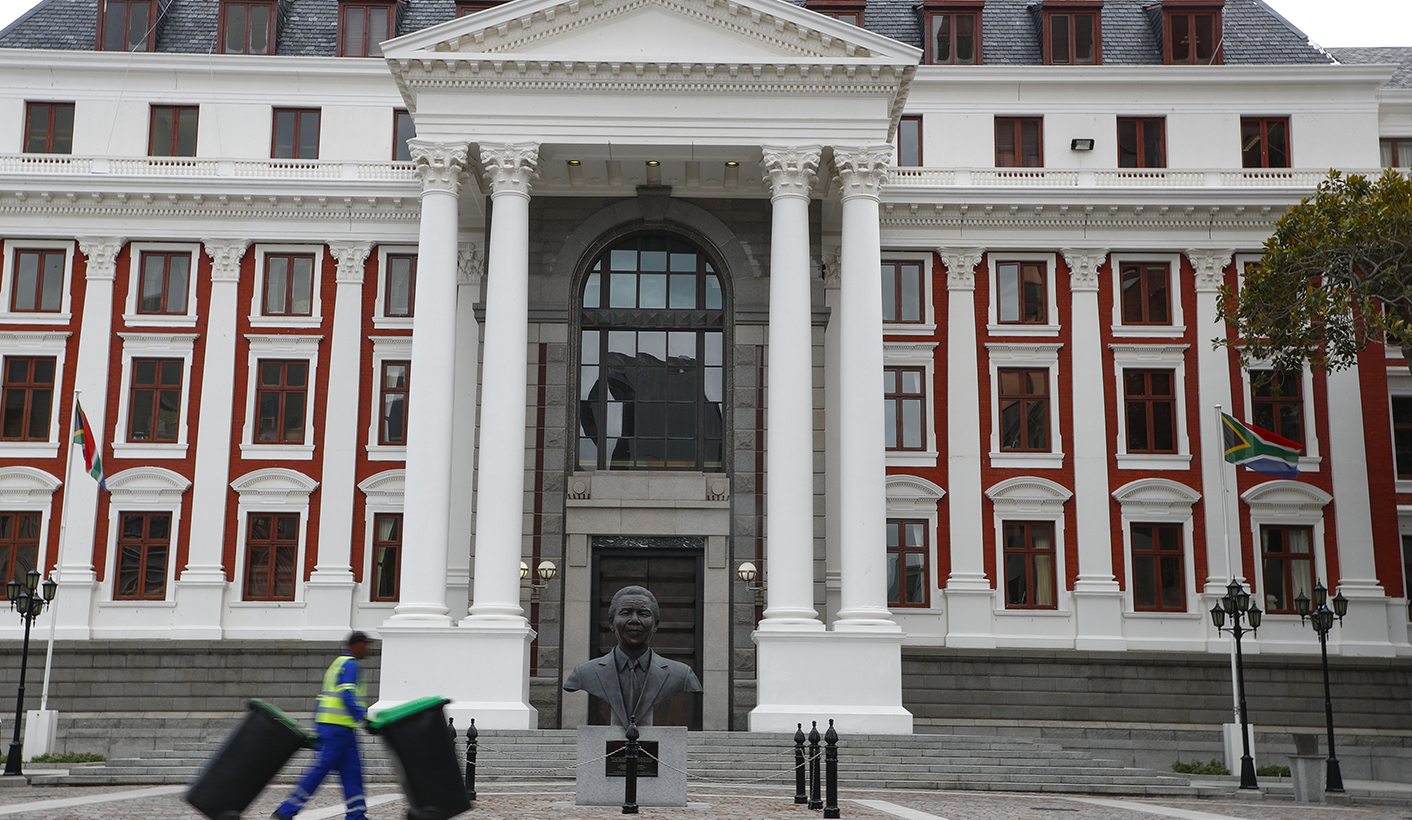 Three days to go before the State of the Nation Address and there’s an unprecedented level of uncertainty – a looming court challenge to interdict the joint sitting, a fourth year of disruptions, or a possible boycott by opposition parties should it go ahead with President Jacob Zuma at the podium and, of course, hopes, but no guarantees, that the event’s tight security does not again result in ham-fisted brutality. It’s never been so close. By MARIANNE MERTEN.

Will he or won’t he? President Jacob Zuma will deliver Thursday’s State of the Nation Address (SONA), according to ANC Secretary-General Ace Magashule in an interview with eNCA. But the administrative and organisational centre of the governing party also thought the ANC president was still Jacob Zuma.

No he shouldn’t, according to several of the 13 opposition parties represented at Parliament.

“We are adamant that President Zuma should not deliver the next SONA in Parliament. Should President Zuma deliver the SONA it will confirm the ANC’s inability, or unwillingness, to do what is right for South Africa,” said a joint statement after Friday’s meeting called by United Democratic Movement (UDM) leader Bantu Holomisa.

There are opposition concerns that Zuma would throw curveballs to the detriment of a cash-strapped administration – the free higher education announcement on the first day of the December ANC national conference caught everyone, including National Treasury, off-guard – but also the cloud of various scandals, court battles and the prospect of the president as witness before the State Capture commission of inquiry.

The ANC parliamentary caucus has been quiet amid all this, not issuing one of its usual statements slagging off the opposition for cheap politicking, or even anti-democratic tendencies. It’s a signal that the balance of power is shifting in favour of Deputy President, and ANC president, Cyril Ramaphosa’s proclaimed winds of renewal amid divisions which have on several occasions seen ANC MPs who are regarded as Zuma loyalist publicly contradicting caucus decisions.

Such machinations are not only at the political level, but also within the parliamentary protocols and procedures, including the motion of no confidence now officially confirmed for 22 February and the push to have in place by end March the parliamentary rules for the removal of a president in terms of Section 89 of the Constitution.

Speaker Baleka Mbete wrote to the EFF on Friday saying that the no confidence motion would be debated the day after the Budget is presented on 22 February. After Parliament’s presiding officers and their deputies publicly announced there would be no postponement of SONA – which would go ahead and be delivered by “whosoever is head of state” – in their state of readiness briefing last week, Mbete followed that up in writing with the DA on Friday.

While the EFF is understood to be pushing for a secret ballot in its motion of no confidence – a similar motion in August 2017 saw at least 35 ANC MPs either abstain or vote with the opposition – DA Chief Whip John Steeenhuisen has again written to Mbete, and her National Council of Provinces (NCOP) counterpart, chairperson Thandi Modise, for a postponement of SONA.

“The DA maintains that South Africans simply cannot be subjected to a SONA delivered by a discredited president heading a discredited administration,” Steeenhuisen said in a statement on Friday.

Meanwhile, the ANC officials sans party president Cyril Ramaphosa met Zuma on Sunday evening as part of what is dubbed the “transition” and “engagements” for the president to exit the Union Buildings. According to arguments proffered by those sympathetic to Zuma, he’s still in government office because no one has asked him to step down. If he is so requested, then, as a self-proclaimed loyal deployee of the ANC, there really would be no option but to step down. It would just be a question of when.

The argument that Zuma would have to deliver SONA, or government would come to a standstill, is one without much substance. Government departments cannot simply stop programmes and projects or salaries, for which funding has been allocated and will again be allocated in February’s Budget. Government planning goes in three-year cycles. If there are to be changes, and reprioritisations, these may just as well be announced in the Budget, to be delivered this year on 21 February.

While the Constitution in Section 84(2) gives the president powers to “summon the National Assembly, the National Council of Provinces to an extraordinary sitting to conduct special business”, SONA is not expressly named as such special business. It’s more a tradition that it’s done like this, together with Rule 7(1)(a) of the joint rules of Parliament.

SONA is an important date on the political calendar billed with all its pomp and ceremony as the annual presidential address to the nation on the priorities for the year, but it is not a legislative or constitutional requirement.

Thursday’s date was settled between the presidency and Parliament last year. And, while it has not happened, the presidency could postpone it, according to Parliament’s presiding officers and deputies at last week’s briefing. And so it was possible for National Assembly Deputy Speaker Lechesa Tsenoli to leave the door open just a little: “Unless there is an extraordinary event, the event (SONA) will go ahead as planned.”

At least theoretically, it could be done. Should Zuma step down as president following Sunday’s meeting with ANC officials, Section 90(1) of the Constitution puts the deputy president in first spot to act as president. All that’s required to swear in an acting president is the administering of the official Oath of Office. And so Ramaphosa could deliver SONA2018, or request its postponement. Or not. It is dependent on the ANC’s political will.

There would be “no inconvenience” to the just over 1,100 invited guests, the soldiers and the police, according to NCOP Deputy Chairperson Raseriti Tau at Parliament’s briefing last week. That’s because, he said, the City of Cape Town had written to Parliament to say that as a National Key Point the precinct was not affected by the water restrictions.

The view that Parliament is a National Key Point is a popular misconception supported by government’s security cluster, but not quite correct: only the presidential Tuynhuys offices, ministerial 120 Plein Street offices and the chamber are national key points, according to the list released by the police ministry in 2015.

Parliament has budgeted R4.3-million of its own monies for SONA2018. However, there are other expenses. In 2017, according to parliamentary replies, Public Works also spent R2.7-million on sprucing up the parliamentary precinct, and R204,153 was spent by Defence for its role in the pomp and ceremony. The SAPS spent R4,085-million on SONA2017 security, a figure unlikely to be less this year amid rumours of even tighter security, including hundreds of police officers brought in from other provinces.

Various meetings with the security cluster, both at officialdom and ministerial level, have been held. Modise on Thursday said Parliament’s presiding officers “sharply” expressed themselves that they did not want any security arrangements made without consultation. Modise built in a disclaimer, saying there might be surprises.

How SONA2018 turns out remains to be seen. DM