ISS Today: A wind of change blows through Southern Africa 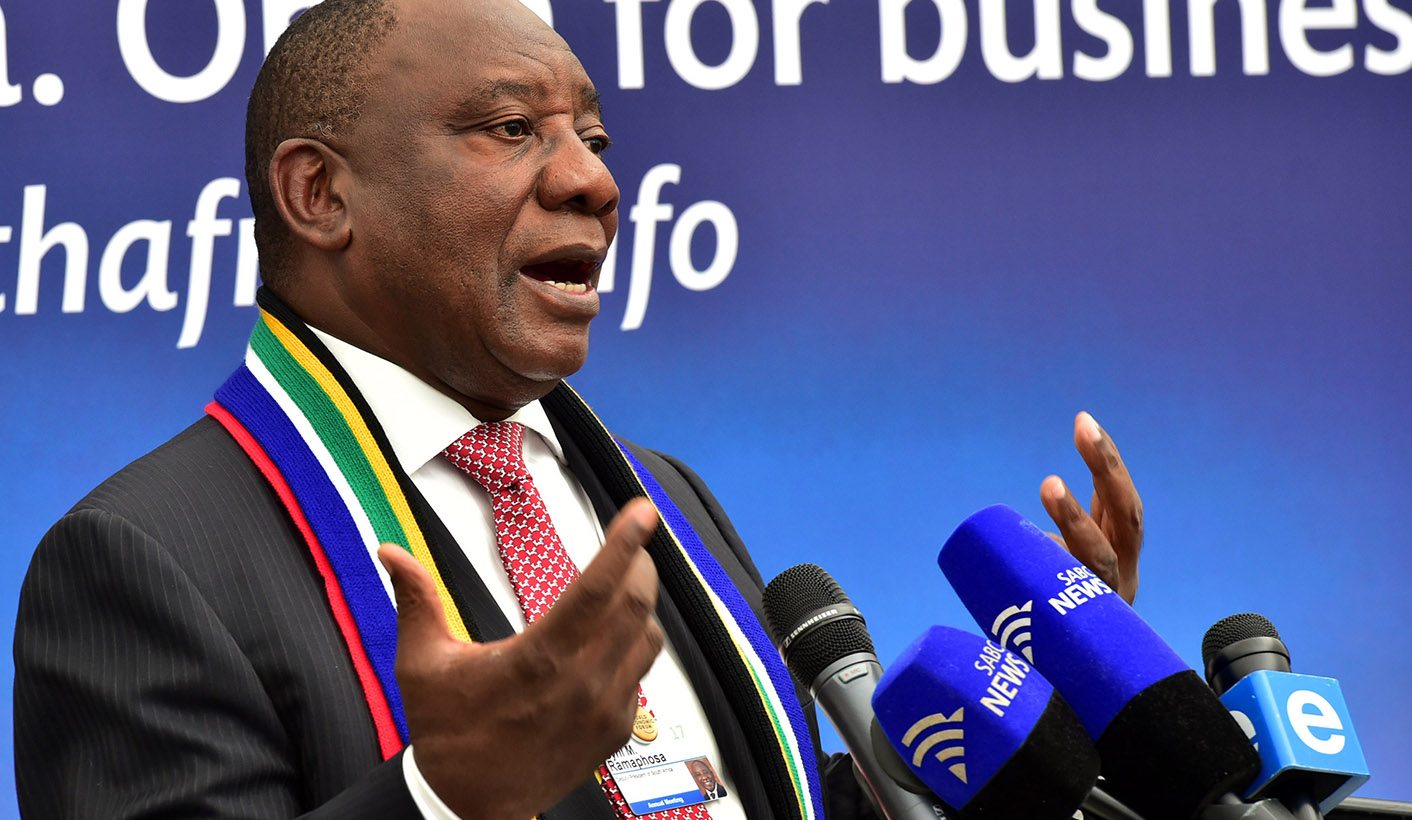 But is it real change or just an evolution from one-man states to one-party states? By Peter Fabricius for ISS TODAY.

It was an eventful 2017 for the Southern African region. The end of an era, it seemed, as political dinosaurs shuffled off the stage. In September, Angolan president José Eduardo dos Santos stepped down after 38 years in power. He was replaced by defence minister João Lourenço. In November, Zimbabwean strongman Robert Mugabe was eased out of State House by a military-assisted transition after 37 years at the helm. And replaced by his former deputy president Emmerson Mnangagwa whom he had just fired.

And in December, South African President Jacob Zuma also confronted imminent political eclipse. His plans to control the ruling African National Congress (ANC) from the outside were thwarted by his deputy Cyril Ramaphosa edging out his anointed ex-wife Nkosazana Dlamini Zuma in the party’s presidential elections.

These events raised important questions. Would the successors offer more of the same – since they were from the same ruling party as their predecessors; parties that had remained too long in power? Or would they usher in a genuinely new era?

In all three countries the new leaders have started to answer that question rather promisingly. Lourenço quickly dispelled scepticism that he would be Dos Santos’ puppet by firing his daughter Isabel from her lucrative position as head of the oil parastatal Sonangol, and then his son José from his job as head of the sovereign wealth fund. Lourenço then gave a temporary amnesty to the rest of Angola’s fabulously corrupt elite to repatriate their loot from foreign bank accounts – or face dire consequences.

In other ways Lourenço also moved to revive the moribund economy to attract foreign investors. “Angola, which was finally isolated, must reconnect with the global economy,” his foreign minister Manuel Domingos Augusto told Le Monde in an interview.

Mnangagwa likewise moved to salvage what was left of Zimbabwe’s even more shattered economy, by offering a three-month amnesty for those returning stolen funds and by making the country more attractive for investors. The latter included the partial repeal of the controversial indigenisation law that forced foreigners to cede majority ownership of their companies to Zimbabweans.

He is also tackling wasteful expenditure, including a ban on first-class air travel for officials except the president and his deputy, a reduction in overseas diplomatic posts and compulsory retirement for civil servants over 65. And Mnangagwa has offered some compensation to white farmers whose land was seized from 2000 onwards, precipitating the collapse in the economy.

Ramaphosa, meanwhile, though not yet South Africa’s president, has already begun to flex his muscles through the ANC, pushing Zuma to appoint a long-delayed judicial commission of inquiry into State Capture by Zuma’s business cronies, the Gupta family, and also to fire corrupt senior officials from the most captured entity, the electricity parastatal Eskom. He is widely expected to force Zuma out of office before his term expires in mid-2019.

Lourenço, Mnangagwa and Ramaphosa all made star turns at last week’s World Economic Forum in Davos, visibly signalling re-entry into the global community. It was the first-ever visit to this gathering of the global business elite by an Angolan president. Both Mnangagwa and Lourenço then went on to the African Union (AU) summit in Addis Ababa. While Mugabe had been a regular at AU summits, Dos Santos had not attended since 2010.

In some ways these parallel events in Angola, Zimbabwe and South Africa were prefigured in 2015 in other countries in the region still ruled by former liberation movements. In Tanzania, John Magufuli succeeded Jakaya Kikwete as leader of the ruling CCM party and of the country and began cleaning out corruption and waste. And in Mozambique, Filipe Nyusi replaced Armando Guebuza as national president in 2015, then ousted him as Mozambique Liberation Front (Frelimo) leader, and started rooting out corruption and inefficiency.

But will this go beyond curbing corruption and reforming economies? Are these measures pragmatically and deliberately intended by the former liberation movements (FLMs as they call themselves) just to ensure they remain in power? Is this really only about modernising FLM domination? Or are we likely to see far-reaching reforms that truly open up the political space for opposition parties and create the real possibility that the FLMs might actually lose – and concede – power in the foreseeable future?

To help answer that question it is instructive to read the report War with the West produced by the secretaries-general of the six Southern African FLMs – which have ruled since independence – at their 2016 meeting in Zimbabwe. As previously described in ISS Today, that document describes in lurid detail how the main threat to the FLMs is an elaborate regime-change agenda cooked up by Western powers with local opposition parties, civil society and the like. Opposition parties, therefore, are mere cogs in the great conspiracy.

But, leaving aside the paranoia, the report also describes how “rampant corruption is seriously damaging the images of FLMs and their Governments. This is causing the electorate to lose faith in their elected representatives and the Party which sponsored them … corruption needs to be uprooted to safeguard the revolutionary parties”. The secretaries-general also warn against the perils of creating personality cults, of hero-worshipping individual leaders instead of “sound party ideology and policies”.

It is clear then that all six FLMs have for some time been aware of the threat to their power posed by corruption and had vowed to get rid of it. Whether this fully explains the new breeze blowing through the region is hard to say. But there is certainly no evidence in War with the West to suggest a sudden mass conversion to democracy.

Angolan activist Rafael Marques, who heads the NGO Maka Angola, is unimpressed by Lourenço, whom he dismisses as “Dos Santos redux”, suggesting the new guard has just jostled the old one out to get its own snout in the trough. “What good is it to fire an extremely corrupt official if he or she gets to keep the loot?” he asks.

He adds that Lourenço knew that in firing Isabel and José dos Santos he need not fear any backlash from their father – even though Dos Santos remains president of the MPLA – as he is ill and extremely unpopular. So much so that the most prominent veterans of MPLA handed Dos Santos a petition, days ago, demanding he resign the party leadership immediately, Marques said.

A senior Western diplomat disagrees, believing, at least in Zimbabwe, that the reforms Mnangagwa has already undertaken are a first step to full political reform. Piers Pigou, Southern African expert at the International Crisis Group, says it’s too soon to say whether a fresh breeze is blowing through the region or the FLMs are just figuring out joint survival strategies for maintaining their “Divine Right to Rule” in more effective ways.

The rhetoric from the likes of Mnangagwa – including a promise of free and fair elections this year – has been encouraging, Pigou says, but accompanied by “deep opacity” on the critical question of whether he really intends greater political pluralism. For the region, the next six months will be absolutely critical in answering these questions, he says.

Then we should have a clearer idea of whether one-man states have merely evolved into one-party states, or into real multi-party democracies. DM