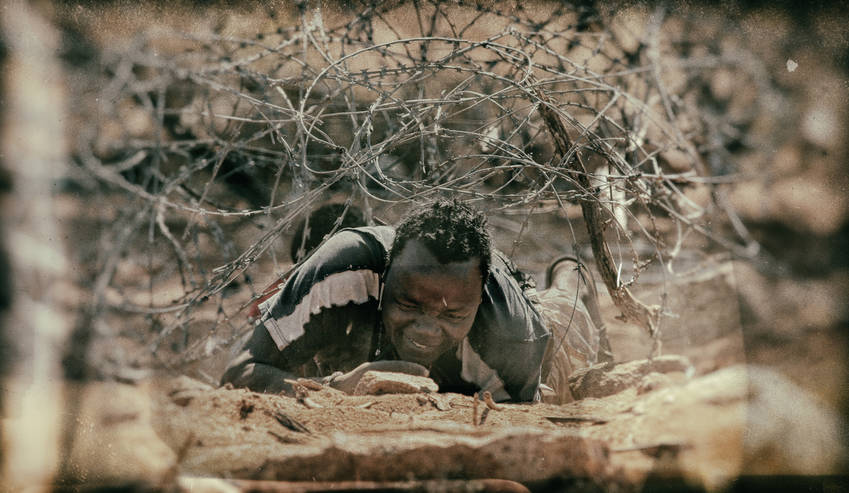 Leaders show commitment to a better migration policy by approving the free movement of people across Africa. By Tsion Tadesse Abebe for ISS TODAY.

It has taken over 25 years, but the African Union (AU) has at last endorsed the idea of free movement of people in Africa. On 29 January, the AU summit adopted the Protocol to the Treaty Establishing the African Economic Community Relating to Free Movement of Persons, Right of Residence and Establishment, along with its Implementation Roadmap.

This comes at a time when the West is tightening its borders to migrants in search of refuge and better opportunities. Weeks before the summit, United States (US) President Donald Trump infamously questioned why migrants from places like Africa should be welcomed in the US. The protocol enshrines the right of African nationals to move freely, reside, work, study or do business in any of the 55 member states of the continental body. It will enter into force on ratification by 15 member states.

As AU Commission chairperson Moussa Faki Mahamat told the opening session of the summit, the adoption of the protocol puts an end to the treatment of Africans as strangers on their own continent. It also strengthens Africa’s commitment to freedom of movement as enshrined in Agenda 2063 and the Treaty Establishing the African Economic Community.

Some of Africa’s regional economic communities (RECs) have already made remarkable progress in this regard. The Economic Community of West African States (Ecowas) and the East African Community (EAC) have adopted common passports in their respective regions and achieved 100% reciprocal open-visa policies among their member states.

The trend shows that the number of African countries requiring visas from African nationals is decreasing, with over a third of states following liberal visa policies. Seychelles is ranked first in offering visa-free access for all Africans, while Western Sahara is last, requiring entry visas from all Africans.

Such developments could pave the way for the effective implementation of the protocol, which is a non-binding framework implementable in three phases. Phase one covers the right of entry and abolition of visa requirements, phase two the right of residence and phase three the right of establishment. This last right enables migrants to engage in income generating activities like owning a business, having assets in the country of residence and being treated like locals.

Timelines for implementation are ambitious, with each member state expected to issue visas on arrival to all Africans by December 2018, and abolish all visa requirements by 2023. The right of residence is expected to be implemented by 2023.

In addition to promoting the right of citizens to free movement, the protocol brings multiple benefits to African countries. First, it boosts intra-African trade, commerce and tourism as the experiences of Rwanda, Seychelles and Mauritius demonstrate. Rwanda started issuing visas on arrival for all Africans in January 2013. By 2014, it saw visits by Africans increase by 22%, resulting in a 4% growth in its revenues from tourism.

Facilitating free movement will help implement the Continental Free Trade Area, the AU’s initiative on expanding intra-African trade. Trade does not happen without people, and their movement is central to improving regional trade and commerce. It will also increase intra-Africa remittances.

Second, the protocol will “lead to member states adopting and benefiting from a comprehensive approach to border management”, Dr George Mukundi, Maendeleo Group chief executive and former head of the AU’s African Governance Architecture, told ISS Today. Successful implementation of the protocol will improve the integration of border and security infrastructure as states will need to enhance their existing systems.

Third, the protocol will improve labour mobility, skills and technology transfer among African citizens. Unemployment affects most AU member states, and inadequate matching of skills and opportunities is part of the problem. The protocol aims to facilitate free movement of professionals as well as students and trainees to gain relevant skills.

Despite the benefits, implementing the protocol won’t be easy. One challenge could come from the continent’s upper-middle-income countries that worry about the possible influx of migrants from low-income countries amid competing national economic challenges. Capacity and resource constraints could also delay implementation.

National security threats pose one of the greatest challenges, as transnational terrorist groups like al-Shabaab, Boko Haram and Islamic State operate in Africa. The presence of Afrophobia or xenophobia in several AU member states could also be an obstacle. Here, managing citizens’ perceptions on the implications of free movement is critical. Another challenge comes from the reliance of some countries on visa revenue.

Implementation of the protocol depends primarily on the political will of member states. Countries should prioritise building effective civil registration systems, integrating border management systems and addressing security challenges. Equally important is education, advocacy and public awareness so that citizens appreciate the benefits of free movement.

Tracking the progress of implementation will be crucial. The protocol calls on the AU and RECs to promote, follow up, and make periodic reports on progress. The AU and RECs need systematic ways to monitor implementation, including obstacles faced by member states. African governments need to continuously analyse the cost-benefit of the free movement of people in order to convince reluctant states to comply.

Without concrete implementation mechanisms, the protocol will struggle to improve the free movement of Africans within Africa. It could in fact worsen the current trend of irregular migration and compromise the safety of migrants. It’s up to African leaders to ensure that all the work over the past 25 years has not been wasted. DM