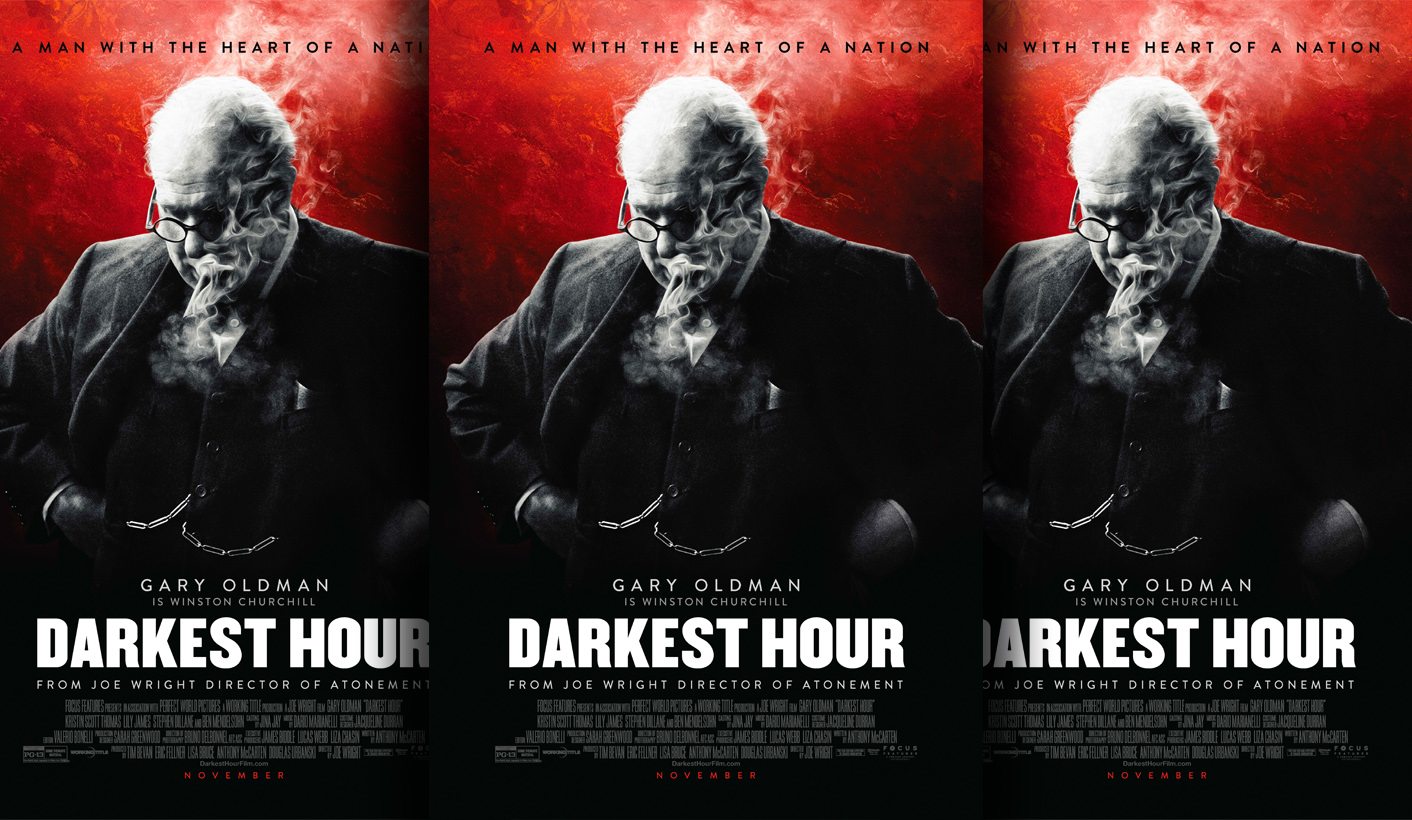 After watching a pre-screening of a new biopic of the wartime leader, here I examine the latest contestation of ideas around the statesman which the film has evoked. By KALIM RAJAB.

Winston Churchill loved the cut and thrust and glory of war, famously saying that history would be kind to him, since he intended to write it. But history has a curious way of never being completely written, or entirely settled. Fifty years after his death, the last lion of Empire’s legacy continues to be a furious battleground fought over by each successive age, and as a brave new film treatment of him comes out on release, it finds his legacy scabrously claimed by completely opposite camps throughout the Western World.

Since his death in 1965, almost every major Western politician who has followed him ponders at some stage or another what Churchill would have done in his or her situation. Unfortunately though in Britain, the two contemporary public figures who most self-consciously hark back to him are atavistic clowns. Boris Johnson, the Foreign Minister, bumbles from one gaffe to another, precisely because the Churchillian world-view to which he principally relates is of glorious Empire and Britain’s central place in the world. Nigel Farage (a modest man who has much to be modest about, as the famous Churchillian put-down could have been applied) has had his day in the sun to disastrous effects, and like Johnson chooses to give primacy to the Churchillian aspect of jingoism when other attributes would have been more useful for modern British society.

Into this void steps Darkest Hour, the new film by the talented British film maker Joe Wright which has just been released to wide acclaim. Wright has suggested that the timing of his film is not coincidental; but rather than British politics, he intended it to be directly relevant to the United States’ political turmoil under the leadership of Donald Trump. “There’s a big question in America at the moment – what does good leadership look like? Churchill resisted when it mattered most, and as I travel around America I’m really impressed and optimistic at the level of resistance happening in the US at the moment. After George W Bush was elected, it wasn’t the same level; there was more apathy then. Now people are very vocal.”

In an unpredictable and perilous world of the 1940s, Churchill filled a vacuum of political leadership with an aura of confidence and acuity which carried the day. When others dithered or misled, he said: “I have nothing to offer but blood, toil, tears and sweat.” Today, on both sides of the Atlantic, he seems timeless.

As the most complex statesman of the last century, every age understandably requires a new interpretation of the man. One of Churchill’s many paradoxes was that while he provided peerless leadership at a time of crisis, he was also a maverick and arguably the most self-regarding of major Western politicians, not inclined to easy compromise. The countless different biographies and assessments, from the soporifically deifying Martin Gilbert to the revisionist John Charmley, from the delicate Roy Jenkins to the contemporary Indian unapologist Shashi Tharoor, each serves to show an ever-changing mould of ourselves and our contemporary societies, in which Churchill adapts to suit new requirements and social mores rather than necessarily the man himself.

In the US, as Wright has eluded to, one explanation of his enduring popularity is perhaps explained by the fact that his was so decidedly non-partisan in a current age of the exact opposite (a master opportunist, he was at different times either a Tory, or a crusading Labour, and even a Liberal Democrat. His political ideologies often flip-flopped alarmingly. And replicating to the American context, his political sentiments neither wholly Republican nor Democrat.)

But in an ironic perversion of Wright’s intention, it has been Donald Trump himself who has used the film to claim relevance to Churchill. He’s loved the film and tweeted about it. One of this first deliberate acts as president was to restore the leader’s bust in the Oval Office, which had been replaced by a bust of Dr Martin Luther King during the Obama Adminstration. Delighted, Trump posed proudly alongside it for a beaming photo-shoot. Then, shortly before Christmas as he pushed Republican Congressmen to pass their tax reform bill, he had them over a pre-screening version at the White House. The parts of Churchillian legacy which Trump chose to present to Republicans were obvious. Churchill was an unpopular figure in his own party, despised by weaker men who sought to undermine his obvious talents and warnings, but a messiah ultimately propelled to power in the time of deep national crisis. That he was able to bridge the unbridgeable was due precisely due to the fact that his preternatural talents allowed him to rise above the mediocre establishment and talk directly to the people.

Not noted for being versed in history, I wouldn’t be surprised if the scene Trump took special delight over in Darkest Hour was one most troubling in an otherwise extraordinary film. It’s the only scene of real cinematic licence, showing the cornered leader, during the darkest days of May 1940, escaping the clutches of his appeasement-filled War Cabinet to draw oxygen and inspiration from the common people and what they seek from their leaders. (Obviously, it’s pure cinematic fiction – the real Churchill lived in a social bubble and never knew how to use public transport or the underground. A creature for whom polling was a foreign concept, his quip that the best argument against democracy was a five-minute conversation with the average voter was only half said in jest.)

Apparently Mick Huckabee (father of press secretary Sarah Huckabee Sanders and arch-conservative) also was invited to the screening, and afterwards he rammed down the comparison between the two men. “Churchill was hated by his own party, opposition party and press. Feared by King as reckless, and despised for his bluntness. But unlike Neville Chamberlain, he didn’t retreat. We had a Chamberlain for eight yrs; in @realDonaldTrump was have a Churchill.”

Trump the counter-puncher is peerless at shifting narratives around to suit him, and this contestation seems a classic case. It’s dangerous too, coming at a time when Republicans should be boldly asserting their own leadership against the dangerous unstitching of American society which the president daily orchestrates.

Received wisdom would say that Trump’s claims are completely ridiculous and a classic tactic of obfuscation. They would argue he’d be wise to listen carefully to the full import of director Wright’s interpretation, which actually shows how Churchill agonised over decisions, realised he could be wrong and has him say: “If I can’t change my mind, I can’t change the world.” That may well be true. But, as uncomfortable as it is, in a perverse sense Trump does represent some sort of continuation of the Churchillian experience – how dissidents can occasionally alter their government policy in opposition to the restrictions which party conformity places upon ambitious politicians. How awful that it is Trump who questions us to confront such conundrums rather than a more acceptable maverick. History and contestation are never still. DM