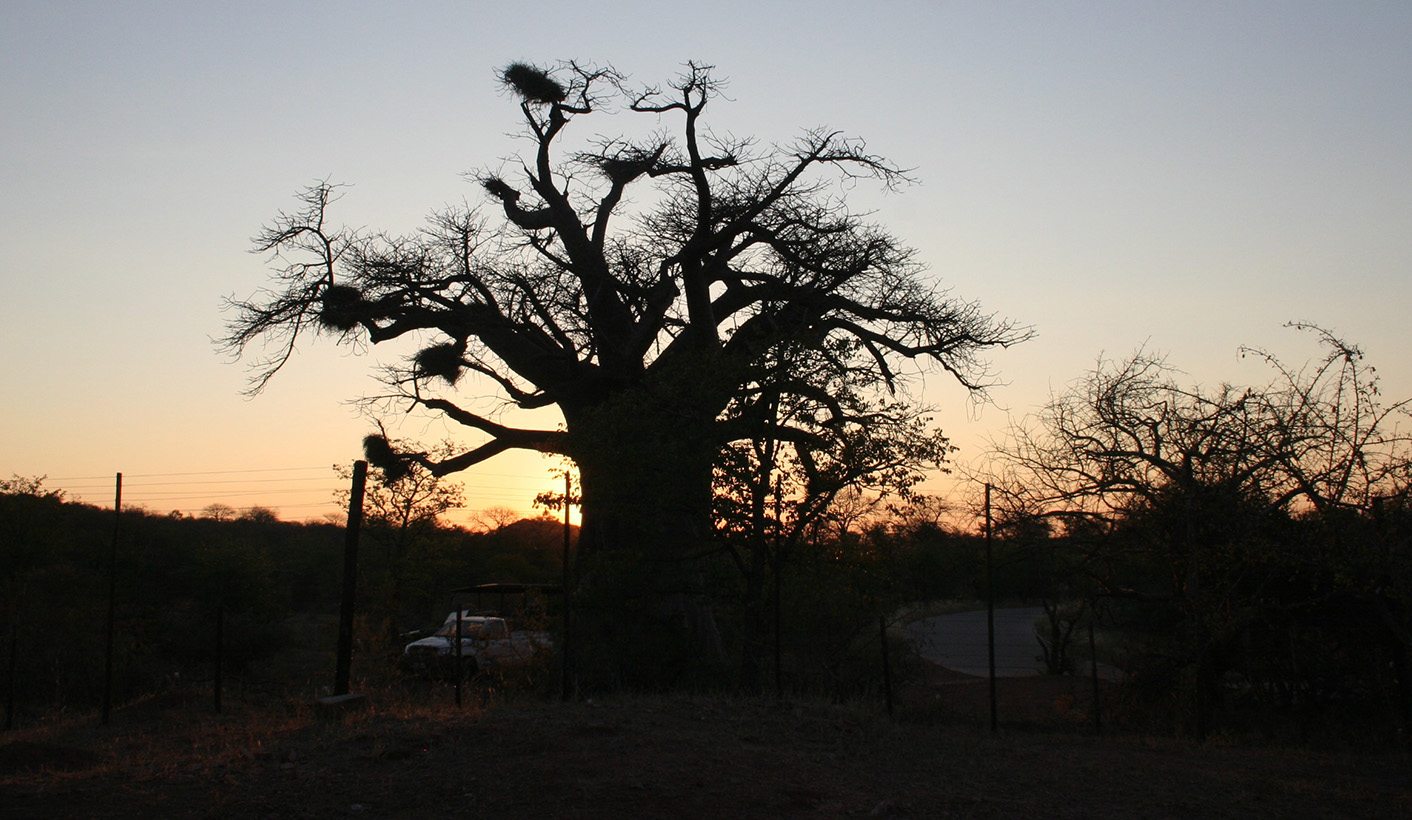 Recent sightings of cattle grazing in the Mapungubwe National Park and World Heritage Site have alarmed visitors who fear that the animals will denude scarce grazing and jeopardise the park’s wildlife-based tourism attractions. By TONY CARNIE.

Mapungubwe is located on the banks of the Limpopo River at a point where the international borders of South Africa, Zimbabwe and Botswana intersect. Popular because of its scenic landscapes and abundance of wildlife, the park is also home to one of the nation’s oldest cultural treasures – the 1,100-year-old Kingdom of Mapungubwe.

Predating the more famous Great Zimbabwe kingdom, Mapungubwe is one of nine World Heritage Sites in South Africa protected for their “outstanding universal value”. The ancient stone citadel kingdom dates from around 900AD and, at the height of its power, was the most powerful inland trading settlement in Africa, until its demise in the 13th century.

However, recent sightings of cattle entering the park from neighbouring communal areas in Zimbabwe have raised the ire of several tourists seeking wilderness experiences.

Ken Borland, a Johannesburg-based birdwatcher and wildlife lover, said: “I was horrified by the number of cattle from across the border that were in the park and had clearly pushed much of the indigenous game out of the riverine areas. We saw way less game along the Limpopo River than we are accustomed to seeing, and there were also people fishing in the river on the park side.

“We took this up with park management and were told that it was a very sensitive political issue. But I’m sure the majority of people who frequent national parks don’t want to pay to see cattle roaming around.”

Fellow visitor Anthony Stidolph said: “Mapungubwe is a relatively small park and – apart from the river section – mostly arid. It cannot support both cattle (in the numbers we saw them anyway) and game.

“I take their point about not wanting to sour relations between the two countries but how long can they afford to be so accommodating if the Zimbabweans continue to ignore their requests? The wildlife will gradually disappear, folk like us will stop going and this supposedly showpiece park will become just another bit of overgrazed bush.

Photo: Popular because of its scenic landscapes and abundance of wildlife, the Mapungubwe National Park is also home to one of the nation’s oldest cultural treasures – the 1,100-year-old Kingdom of Mapungubwe.

“We didn’t travel that great distance (in my case from Curry’s Post in KwaZulu-Natal) and fork out all that money just to look at a bunch of cows. I can do that from my bedroom window at home. It soured the whole being-in-the-wilderness experience for me and – much as I love Mapungubwe – I am not sure I would want to go back if the problem persists.”

SANParks media department has not responded to written queries sent on 2 January, but according to a statement on the park website, managers have acknowledged recent concerns voiced by visitors.

The undated statement suggests that wildlife and livestock have both existed in the park for several centuries and that Mapungubwe should not be compared with the more famous Kruger National Park.

Dr Jim Taylor, director of environmental education for the Wildlife and Environment Society of South Africa (WESSA), said indigenous livestock breeds like Nguni cattle had been present in natural landscapes across Africa over many centuries and WESSA recognised their value.

The society supported the need to foster harmonious relationships between local communities and nature conservation, he said, but care had to be taken to ensure that natural heritage resources were not placed at risk by an influx of large numbers of domestic livestock.

Game Rangers of Africa Association spokesman Chris Galliers said he had received reports from tourists who saw groups of people walking through the park, across the Limpopo and into neighbouring countries (including a group carrying a mattress and a bed base into Zimbabwe).

“Our concern would largely be around security threats that uncontrolled access allows. The threat of disease control is also a big issue. Foot and mouth would be detrimental for Botswana and South Africa. So really the main issue from our side would be about the security risk and what mitigation measures are in place for the risk to wildlife (and flora) and risk to tourists. These risks would then increase the risk to rangers on the ground.”

Roelie Kloppers of the Wildlands Trust: ‘It is a real problem to exclude people from grazing lands if their areas are in extreme poverty’.

But Roelie Kloppers of the Wildlands Trust said cattle can play a very important role in grassland management and ensuring good relationships with neighbouring communities.

“It is a real problem to exclude people from grazing lands if their areas are in extreme poverty and they look across fences at perfect grazing areas – the more so if one takes into account the importance of cattle in African culture,” he said.

Kloppers said the current presence of cattle in Mapungubwe appeared to be more a case of drought mitigation, by temporarily allowing local people to graze cattle in a protected area.

“I do feel though that we need to be more adaptable to African views on conservation, especially in transfrontier parks so that they can be Peace Parks and not just zones of displacement and exclusion.”

According to a recent park management statement: “Mapungubwe National Park and World Heritage Site is a cultural landscape which resembles the interaction of man and wildlife from time immemorial. This is what makes it unique throughout the world and the only park that accommodates different types of land-use in South Africa.

“The free movement of both wildlife and livestock existed from AD 900. Mapungubwe is a live cultural landscape which we all need to appreciate and enjoy for what it is, and don’t need to compare it with the famous Kruger National Park since they were both declared for different purposes.”

Regarding the presence of an unspecified number of cattle in the park, management said: “This scenario is more visible as a result of the poor maintenance of the veterinary fence by the Department of Agriculture along the Limpopo river and the situation on the Zimbabwean side, especially the Maramani community.

“We are currently engaging with the Department of Agriculture and also facilitating a meeting with the Zimbabwe rural district council to address this matter with the Maramani Chief and the Headman.

“Respecting the ongoing interactions as part of the greater Mapungubwe Trans-frontier Conservation Area (which include Zimbabwe and Botswana), our position is to maintain the international negotiations and relationships and rather engage the communities directly, without creating long-term conflicts which will have unintended outcomes of jeopardising the transfrontier co-operation in place.

“Shooting or impounding cattle is thus not a viable option at this stage. Currently the land use within the Mapungubwe Cultural Landscape, as a living culture, includes rural communities and their livelihoods; game ranching; national park and world heritage site; agricultural activities, mining etc. Proper zonation is envisaged to separate different experiences within the cultural landscape and that will include the separation of domestic livestock grazing.

“The riverine fence is essentially a so-called red-line veterinary fence and, like the disused military fence, in a state of disrepair. Management has not to date been given the mandate to remove or maintain these structures. In the interim, the park is being inundated with cattle crossing the Limpopo from Zimbabwe and Botswana, thus impacting negatively on the ambience of the park.

“Suggestions to destroy these unherded animals were perceived to be too harsh, as it is often the owner’s only source of income and we already developed a good relationship with residents of the Maramani community which still needs to be nurtured.

“The presence of livestock is normal for the Maramani rural district and their only source of water is the Limpopo River which is shared between the three countries. Their presence is more visible during the dry season when there is limited grazing and water in the vicinity.”