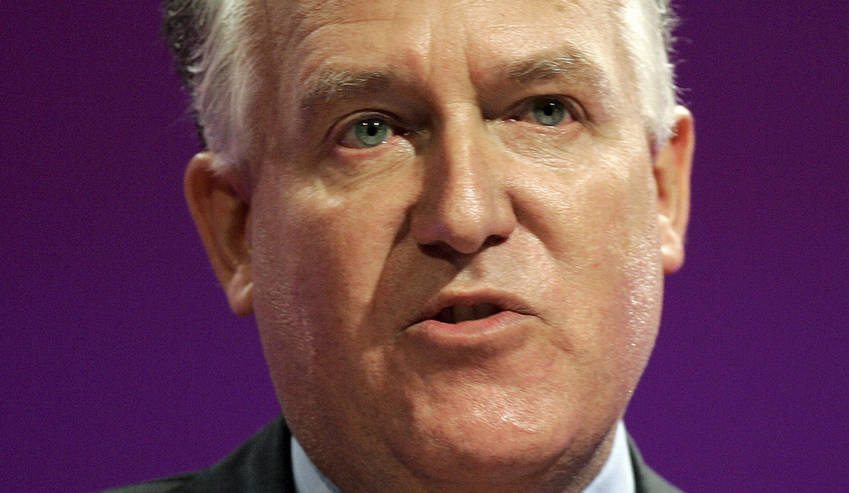 Lord Peter Hain delivered a severe thrashing to the South African Revenue Service (SARS) and international law firm Hogan Lovells in the House of Lords on Monday evening, over their handling of the disciplinary debacle of the Taxman’s 2IC, Jonas Makwakwa. Hain labelled tax boss Tom Moyane and Makwakwa as “corrupt” and accused Hogan Lovells of being “either a willingly gullible or malevolent accomplice”. By PAULI VAN WYK for SCORPIO.

Lord Peter Hain zoomed in on Hogan Lovells because the highly respected South African Financial Intelligence Centre (FIC) accused Makwakwa of money laundering and corruption after he and his girlfriend stuffed ATMs with hundreds of thousands of rand in cash. Scorpio also revealed in December that Makwakwa often splurged between two and three times more than he lawfully earns. Yet Makwakwa was “cleared of all charges” and reinstated in his top job in 2017, thanks to a tailored disciplinary process presided over by Hogan Lovells. But Hain is having none of this. He has asked England’s and Wales’ regulating body, the Solicitors Regulation Authority (SRA), to revoke Hogan Lovells’ status as a recognised body and requested further disciplinary action to be taken against the firm’s leading partners, including the withdrawal of their permission to practise as solicitors.

If anti-apartheid activist and House of Lords peer Peter Hain has his way, international law firm Hogan Lovells might follow the same path as the collapsed British PR-firm Bell Pottinger.

“Hogan Lovells’ cover-up led directly to the corrupt (tax boss Tom) Moyane exonerating his corrupt deputy (Jonas) Makwakwa and welcoming him back on 30 October 2017 to continue their looting and dirty work of robbing taxpayers,” Hain said in a stinging speech delivered in the House of Lords on Monday evening. Hain revealed his request to the Solicitors Regulation Authority (SRA) to “withdraw Hogan Lovells’ authorisation as a recognised body; and to examine what other disciplinary action can be taken against its leading partners, including withdrawing their permission to practise as solicitors”.

Bell Pottinger was expelled from the UK’s PR regulatory body in 2017 after an investigation found its work on behalf of the Gupta family included a media campaign that stoked racial tensions in South Africa. The firm filed for administration in September.

Hain wants Hogan Lovells to reveal how much they were paid for the SARS investigation and say if they will pay back the fee, “if not to SARS, then at least to South African charities combating the poverty they have helped deepen”.

Hain is probably also the sole reason why Makwakwa’s year can now only be worse if he used his alleged ill-gotten gains to buy Bitcoin priced at ZAR270,000. By the end of Hain’s three-page speech, and with the Bitcoin price well under ZAR190,000 by the time of writing, regulatory authorities in the United States would’ve been aware that some of the suspicious transactions into Makwakwa’s account were made in US dollars.

Said Hain: “What onus does this place on regulatory authorities in the US – and indeed Hogan Lovells as also a US based firm – to report and investigate?”

He accused Hogan Lovells of ducking and diving over their “responsibility and complicity in propping up State Capture, corruption, cronyism and money laundering in South Africa”, and said the SRA should sanction the firm.

“This is because the firm enabled a corrupt money launderer to be returned to his post as second-in-command of the critically important SARS,” Hain said.

“Hogan Lovells spared two of the most notorious perpetrators of State Capture in South Africa – Tom Moyane, head of SARS, and his deputy, Jonas Makwakwa – from accountability for their complicity in, and cover-up of, serious financial crimes. In so doing, Hogan Lovells was complicit in undermining South Africa’s once revered tax collection agency, and thereby effectively underpinning President Jacob Zuma and his business associates, the Gupta brothers and others, in perverting South Africa’s democracy, damaging its economy and robbing its taxpayers.”

Hain delivered his speech – focusing on the role the London headquartered Hogan Lovells’ played in the disciplinary proceedings of Jonas Makwakwa – against the backdrop of a discussion about the new Sanctions and Anti-Money Laundering Bill.

He lambasted Hogan Lovells for their failure in proper risk assessment and accused the firm of being puppets at the behest of Moyane:

“When Hogan Lovells was engaged by the corrupt Moyane in September 2016, it was well known that he and Makwakwa were synonymous with President Jacob Zuma’s capture of the state. Hogan Lovells could therefore not plead ignorance as they walked right into that web of corruption and cronyism for a fat fee.”

The Makwakwa drama has its roots in a damning May 2016 report by the FIC stating that Makwakwa has a “dependency on suspicious cash deposits and payments to maintain his current standard of living”. The FIC ordered an investigation into Makwakwa and his girlfriend Kelly-Ann Elskie to ensure that their mysterious stuffing of hundreds of thousands of rand in cash into ATMs and other dodgy payments finding their way into Makwakwa’s FNB account were not the proceeds of crime. SARS was also ordered to investigate whether Makwakwa and Elskie paid tax on these amounts. About R1.7-million found its way into their bank accounts over a six-year period. According to the FIC the money is of concern because it “originate(s) from unknown sources and undetermined legal purpose”.

However, Moyane only ordered an investigation and suspended Makwakwa after amaBhungane lifted the lid on the allegations – four months after Moyane was made aware of his deputy’s alleged transgressions.

Moyane appointed Hogan Lovells to conduct an “independent investigation” that was to culminate in a disciplinary hearing. The investigation and disciplinary procedures were to be based on the FIC’s allegations. Hogan Lovells duly drafted a seven-page terms of reference document. The document was signed by Hogan Lovells chair and attorney on record for SARS, Lavery Modise, as well as by Moyane. The document was then circulated to then Minister of Finance Pravin Gordhan and to Parliament. The terms of reference was a proper road map of steps towards a fair disciplinary hearing.

But Scorpio revealed in November 2017 that Hogan Lovells managed to deviate materially from the prescriptions of their own document, resulting in Makwakwa answering only to a fraction of the allegations put to him.

In his speech, Hain highlights two crucial problems in the disciplinary process conducted by Hogan Lovells:

“First SARS declined to provide Hogan Lovells with PricewaterhouseCooper’s investigative report into Makwakwa, citing taxpayer confidentiality, an inaccurate interpretation of the law, which Hogan Lovells accepted without question; and second Hogan Lovells never made contact with the Hawks to assess the status of their investigation, information which would logically be crucial to their assessment of Makwakwa’s fitness as a senior SARS employee.”

To Parliament, Moyane said Hogan Lovells was mandated to investigate contraventions of tax laws, money laundering allegations and contraventions of SARS policies. The firm would then conduct the disciplinary process. But in a press statement Hogan Lovells made an extraordinary revelation: The scope of their investigation was “limited to identifying whether any misconduct had been committed by Makwakwa and Elskie as employees of SARS. It did not seek to directly investigate the financial transactions identified by the FIC”.

This was a material deviation from the legally accepted terms of reference.

“My Lords, if you’re confused, it is because you should be. This obfuscation is precisely what Moyane set out to achieve, and to which purpose Hogan Lovells was either a willingly gullible or malevolent accomplice. The end result is that the law firm issued an incomplete, fatally flawed whitewash of a report, which ultimately cleared Makwakwa, despite reams of evidence to the contrary. Most damning of all, Hogan Lovells failed to include crucial evidence – from the PwC report and the status of the Hawks investigation – in their own report. That meant that Makwakwa has only answered to a fraction of the allegations levelled against him, a serious deviation from Hogan Lovells’ mandate.”

Hain also requested that the “British Government will issue an edict that no British-based firms should do any business whatsoever with any member of President Zuma’s family, or with any member of the Gupta brothers’ family, and that any work for any state agency or state-owned enterprise in South Africa must only be undertaken with total integrity, not connivance in criminality like Hogan Lovells have been guilty of”.

The SRA has not yet communicated its decision over whether an investigation into Hogan Lovells’ conduct will be launched. DM