Zimbabwe: Tsvangirai’s ill-health forces debate on succession into the open 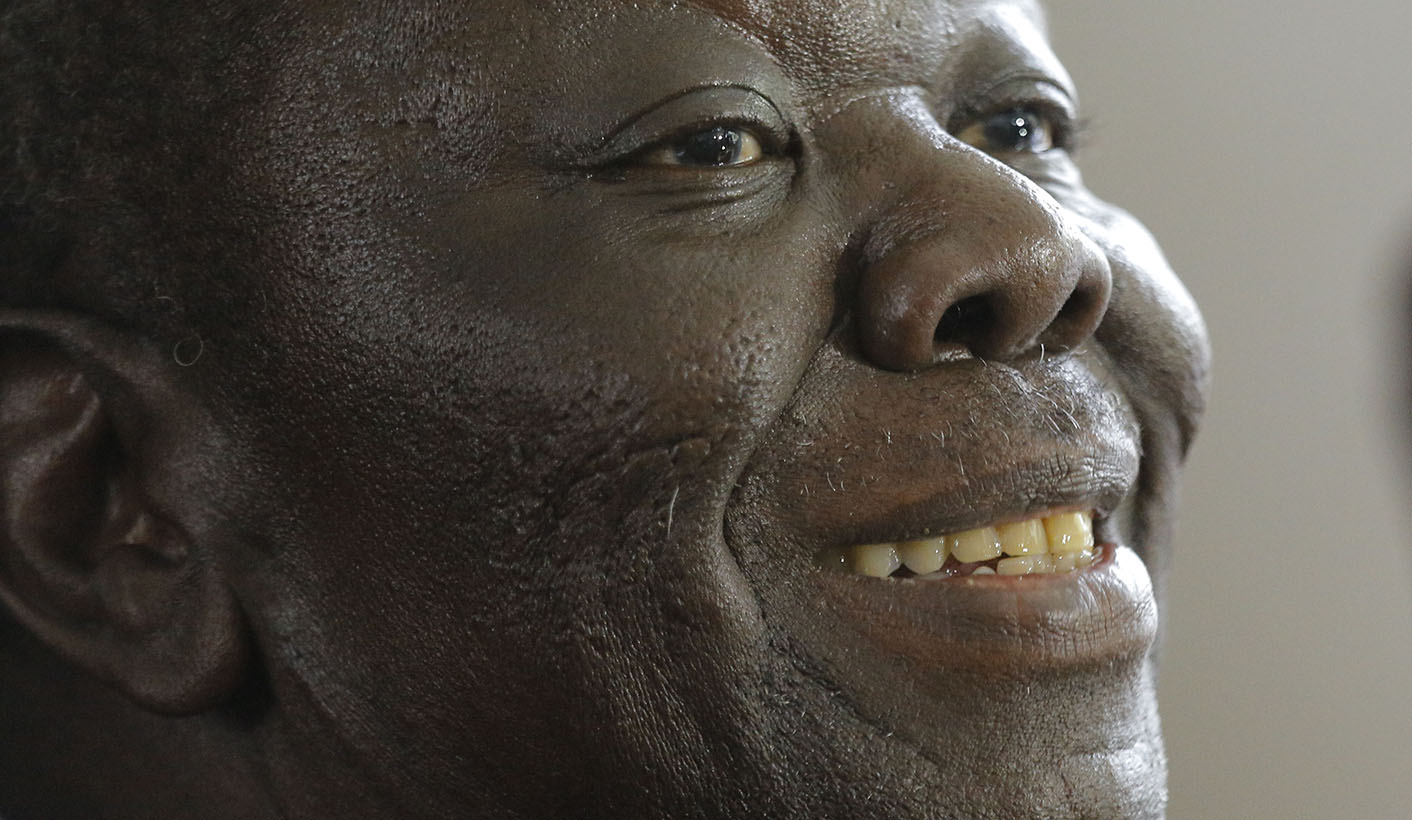 The ailing opposition leader Morgan Tsvangirai's new year message has opened up a succession debate that is usually taboo. By SALLY NYAKANYANGA.

Zimbabwe opposition leader Morgan Tsvangirai, 65, this week indicated his intention to leave active politics, citing the need to pass the baton to a younger leader within the country’s most popular opposition.

The ex-Prime Minister, who is battling colon cancer, hinted in his New Year message that he was contemplating leaving his job which has taken him through a protracted struggle for democracy under ousted long serving President Robert Mugabe, to whom he lost in three successive polls.

The Movement for Democratic Change (MDC-T) leader, who disclosed his health status in June 2016, has been frequenting a South African hospital, where he is getting his cancer treatment. His deteriorating health has left the party divided.

Last year, a senior party member and Member of Parliament for Bulawayo South Eddie Cross was summoned for posting on his blog that Tsvangirai’s ill health will not enable him to stand the rigorous election campaigns.

The succession debate in Africa as a whole has remained a controversial issue, yet crucial for both ruling and opposition parties in the continent. In his new year’s statement, Tsvangirai said, “I am looking at the imminent prospects of us as the older generation leaving the levers of leadership to allow the younger generation to take forward this huge task that we started together.”

Tsvangirai last year selected two additional Vice Presidents, Engineer Elias Mudzuri and Advocate Nelson Chamisa, with Thokozani Khupe having been the party’s Vice President since 2006 before the two came on board.

The youthful 39-year-old and ambitious leader, Chamisa, is rumoured to be taking over the reins of the opposition party as Tsvangirai paves way for new blood.

Tsvangirai and opposition politics in Zimbabwe

Buoyed by his mobilising skills, trade union-cum-politician, Tsvangirai defied mounting odds from the onset of his announcement to form a political party – the Movement for Democratic Change in late 1999.

As the pan-African lawyer and former MDC barrister Brian Kagoro puts it, “Tsvangirai was courageous, driven by a strong conviction and tenacity. He was bruised, battered and wounded, ridiculed for his convictions as he led the fierce fight against the oppressive Mugabe regime at a time when challenging the dictatorial regime was unheard of.”

In his book, ghost written by then MDC Information Director and veteran journalist, the late William Bango, titled Morgan Tsvangiriai: At the deep end, he said, “I went into politics not as a career choice but in response to the burning desire for change from a nation already in a crisis of governance and as a patriotic necessity. Such are the horrors that have been visited upon us as a people that one simply has to stand up for what is right.”

When Tsvangirai revealed his ill health, the decision was hailed as a brave move. But the succession debate remained taboo, though his health continued to deteriorate. Sooner than later people expected the opposition leader to step aside and pave way for a smooth transition as others took the lead.

While his statement hints at a plan for him to retire from active politics, Tsvangirai has not revealed his future intentions. He has not shed more light on his succession plans as the country prepares for an election later this year.

Surrendering the baton may not be an easily process for Tsvangirai, according to Tawanda Majoni, Director for Information for Development Trust (IDT) who noted that, besides his deteriorating health, several other factors could be at play.

“Tsvangirai could have delayed announcing his exit because he was hoping to recover and continue leading the party. But then, MDC-T has been branded around him and it’s possible that many party insiders were or are still urging him to stay because, without him, MDC-T may lose traction.

“But if he decides to leave the political space to pave way for another figure, that would be a very pragmatic position, setting a positive precedent for party succession,” Majoni added.

But the statement that the opposition spokesperson Obert Gutu issued on Tuesday after the meeting has muddled Tsvangirai’s succession, denying any immediate plans for Tsvangirai to retire.

Can the opposition stand against ZANU-PF if Tsvangirai exits?

Tsvangirai, who is frail and weakened by cancer, has been seen as the face of opposition in the coming elections.

Dewa Mavhinga, Southern Africa Director for the Human Rights Watch, said that political life must go on after a leader has left.

“A democracy is about building strong institutions that are bigger than individuals. The true test of a strong democratic institution is how it handles succession and emerges stronger and committed to democratic values,” says Mavhinga.

“So far, Tsvangirai has only hinted on retirement, seriously pondering the future. He remains president of his party and is yet to announce concrete retirement plans and process of his succession and then implement that plan,” Mavhinga said.

However, the former MDC lawyer Kagoro explains that it’s important Tsvangirai is thinking about retirement and that such a process should be peaceful and guided by principles of democracy befitting a movement for democratic change.

However, it seems the party’s top hierarchy is still not comfortable opening up direct debate on Tsvangirai’s succession just as in the past.

“It’s improbable that MDC-T would have internally debated Tsvangirai’s succession because it still taboo to do so,” says Majoni, adding that there is a real fear that publicly debating the succession or even working towards replacing the ailing Tsvangirai could splinter the party.

There is a three-horse race for Tsvangirai’s position – Chamisa, Mudzuri and Khupe. Each of them could take away sizeable chunks of the party if the succession issue is not properly managed.

Splits in the MDC

In the event Tsvangirai’s succession causes splits then the tale would be all too familiar. In 2005, the MDC experienced splits, with Tsvangirai wanting the party to stay out of Senate elections, whilst the other five of the party’s top six officials led by the then Secretary General of the MDC Professor Welshman Ncube wanted to participate.

This started when the ruling party changed the constitution to reintroduce the Senate, which was abolished in 1987. This was seen as a waste of resources and the opposition party by participating in the Senate election were merely endorsing or legitimising the move.

Then in 2014, the former MDC-T secretary general Tendai Biti and his sympathisers accused Tsvangirai of leadership failure. This was after the MDC lost resoundingly to ZANU-PF in the 2013 general elections. The MDC/ZANU-PF during that time was in a marriage of convenience or coalition government that was brought about by the economic and political turbulence in the country during the 2008 elections.

“It’s a question of whether you are adhering to the principles and values of the political party that you stand for,” Charles Mangongera, a spokesman for critics in Tsvangirai’s party told international publication DW.

The opposition leader was believed to have strayed from party values and principles that the party stood for.

In April 2014, Biti announced the suspension of MDC President and this action saw the opposition leader mobilising his supporters who in turn voted to expel Biti.

Kagoro also pointed out that money reconfigured the internal matrix of access and power in MDC, created a kitchen cabinet and an isolated president and arrogant gatekeepers. Explaining, Kagoro said that people with access to money gained access to decision making and power and later some even got consolidated leadership positions therefore this delinked the party from its leadership base and created a new layer of elite leaders not drawn from any social base but the money clubs.

Another stumbling block due to the MDC’s proximity to state power was its failure to reach organisational coherence and cohesion. During the Government of National Unity, the MDC concentrated on running government, and the party as an organisation suffered a measure of neglect as a consequence of divided attention. “The possibility of becoming the new government created a social and political cleavages and enabled accentuation of division, tactical and strategic differences as well,” Kagoro said.

“Let us not forget the incessant attempt by the West to surround Tsvangirai and create a leader after their own image. Further, MDC also begin purging some of its founders and a wholly new history of how the party was formed was rewritten by the new visitors,” Kagoro said.

The MDC leader was accused of being too lenient with errant subordinates, leading to the whittling away of credibility and accountability within local council.

The haziness of succession

In his New Year statement, the MDC leader said, “We must recognise the imperative that new hands, with the full blessing of the people must take this struggle and this country forward with the destination remaining the same.”

In other words, Tsvangirai seems to be placing his fate in the hands of his supporters.

But supporters can be manipulated to toe a certain line, pretty much in the same way that Mugabe kept ruling by claiming he still enjoyed popular support.

“Clearly, the only factor that has forced Tsvangirai to hint at stepping down is his ill-health, not the fact that he could have overstayed his usefulness in MDC-T and the opposition,” added Majoni.

“If Tsvangirai steps down because of illness he will be an exception and one of the first opposition leaders in Africa to take such as bold step. He will go down in history as a true statesman,” Kagoro added. DM