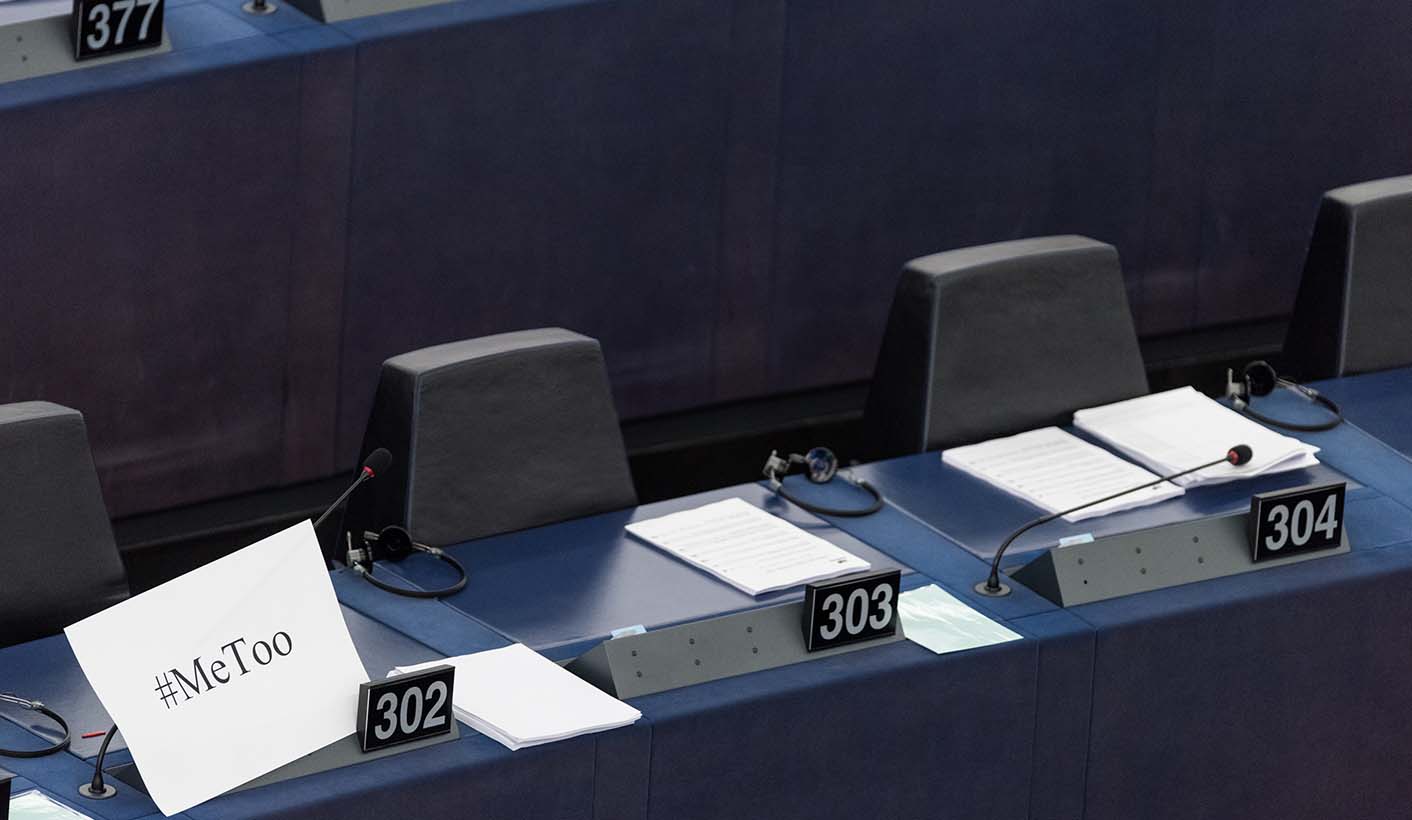 The ability of male survivors of sexual violence to openly talk about their terrible experiences and receive recognition is a constant struggle that requires patience as much as vigilance. By ALEXANDRA AMLING.

The #MeToo social media campaign sparked a conversation that has allowed women to speak up on their experiences of sexual harassment and abuse. In fact, #MeToo became a safe space, albeit not physical in nature, in which victims could come forward and voice their suffering that had often been repressed for years, at times for decades. It reinstated a feeling of dignity and respect. It also gave victims the agency to overcome their trauma and become survivors.

The existence of such a virtual space is rare, and for the men I met in Uganda a few weeks ago in a workshop on conflict-related sexual violence, such a space is not even conceivable. As a support group for male survivors of sexual violence, their ability to openly talk about their terrible experiences and receiving the recognition they deserve, is a constant struggle that requires patience as much as vigilance. Neither domestic legislation nor the international human rights framework around conflict-related sexual violence provides much solace or relief.

But keeping silent, they said, is not an option either. Only in speaking out can these Men of Hope free other male survivors from their paralysis and guide them out of the darkness of their own mental prisons. In the group, one man said, “You have a future. If you keep quiet, you’re gonna die.”

Why do we know so little about male victims?

Men are hardly part of the discourse. It took years of activism to get conflict-related sexual violence on the international agenda, making sure the crime was no longer considered an inevitable by-product of war. Multiple initiatives have been launched since, among them Angelina Jolie’s 2014 Global Summit to End Sexual Violence in Conflict. For all its goodwill and high visibility, the campaign achieved very little. Similarly, according to a 2015 global study by UN Women, post-conflict and conflict-affected countries have struggled to implement national strategies to tackle sexual violence.

If the attention on this issue isn’t bad enough for women and girls, one group of victims is overlooked altogether: men and boys. But growing research and data collection is pointing toward a larger scale of affected males than previously anticipated. Just earlier this month, UNHCR published a study on the widespread use of sexual violence against men and boys in Syria.

Statistics on violence against children is shockingly high as well. However, when we say children, what we really mean is the girl child; the international policy framework on conflict-related sexual violence is pretty clear in that regard. Only one out of seven Security Council resolutions regarding sexual violence in conflict mentions (men and) boys specifically.

What does this neglect mean for male survivors?

In the workshop in Uganda, organised by the Geneva Centre for education and research in humanitarian action, a group of professionals from different sectors learned – sometimes for the first time – about sexual violence against men. Owing to the silence of male survivors due to stigma and insecurity, many participants sat in dismay when listening to the stories of affected men. Some humanitarian aid workers in particular felt uncomfortable knowing their work had – unintentionally – neglected “the other half” of the population for so long.

It’s a real problem. Left untreated – and psychological trauma aside – the physical conditions of male survivors deteriorates exponentially. Male survivors often do not disclose until years after the assault, leaving them incapacitated and physically unable to work. The repercussions for families are severe, especially in the dire conditions of conflict-affected communities where vulnerabilities are amplified by uncertainty, insecurity and absence of basic services.

At the same time, the survivors walk a fine line between recovery and putting themselves in harm’s way. The engine driving this vulnerability are socio-cultural gender stereotypes that, among other things, make people believe that male survivors are homosexuals. Given the hostile environment against LGBTQI communities in Africa and much of the world, such a contortion of facts fuels the continued absence of legal protections for male survivors.

It’s past time to start recognising all victims, regardless of their sex or gender. It is a moral obligation because sexual violence is a fundamental violation of human rights. #MeToo, despite its short-comings, has shown that activism and social mobilization can catapult victims into the public consciousness. We can no longer afford to keep silent on male survivors of sexual violence. The social costs are too high. DM

Alexandra Amling is a Researcher at the One Earth Future Foundation (OEF), focusing on research projects relating to gender and security. She currently leads a research project on the reintegration of female ex-combatants in Colombia, and conducts research on human trafficking and migration for a collaborative project on maritime security. She is an Affiliated Fellow with Goethe University, Frankfurt.

Photo: A placard with the hashtag MeToo (#MeToo) stands on a desk during a debate to discuss preventive measures against sexual harassment and abuse in the EU at the European Parliament in Strasbourg, France, 25 October 2017. EPA-EFE/PATRICK SEEGER