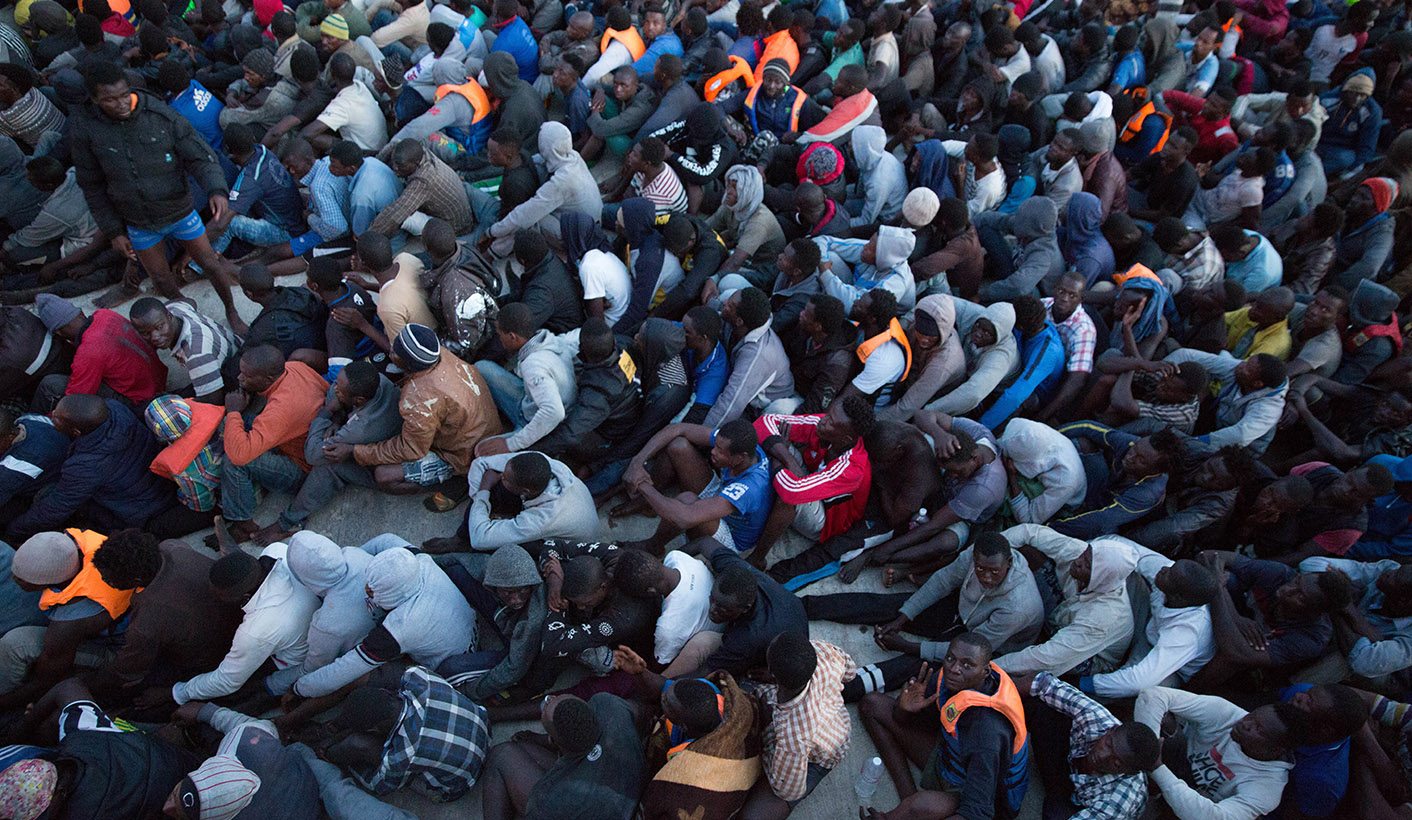 Migrant arrivals in Europe from Libya have dropped, but interventions could undermine Libya’s peace process. By Mark Micallef and Tuesday Reitano for ISS Today.

Migrant boat crossings in the Mediterranean usually peak around July and August but the number of boats dropped dramatically in 2017. This comes largely as a result of a migration-focused unilateral intervention by Italy, which needed to show results to a frustrated electorate that has borne a lot of Europe’s migrant burden.

Italy needed to make tangible progress or risk a populist right-wing upheaval. Returning asylum-seekers directly to Libya was not an option after it was declared unlawful by the European Court of Human Rights in 2012. The task was passed on to Libyan partners instead.

The February 2017 Memorandum of Understanding (MOU) between Italy and Libya’s UN-sanctioned Government of National Accord (GNA) was an important turning point. Rome pledged training, equipment and investment to help the Tripoli government improve border security and combat the smuggling of people. It engaged local government in smuggling hubs, promising investment in return for help with migration control.

The agreement was seen to echo the EU-Turkey deal, which closed the Balkan migration route. But Libya presents different challenges. It lacks a central government with capacity to claim control over the capital, let alone the whole country and its borders. The country is politically divided, and the functions of the military, police, coastguard and customs are in large part provided by a shifting spectrum of militia groups.

The Italian deal with the GNA was not universally popular. Many Libyans saw it as a tenuous government prioritising foreign interests, and the MoU was challenged in court.

The leader of the self-styled Libyan National Army, Field Marshal Khalifa Haftar, emboldened by an axis of support that now includes France and Britain, seized upon this discontent, threatening to repel foreign vessels entering Libyan waters as part of the deal. The message was that Italy had to go through the east, and specifically him, to make similar deals.

The EU, however, welcomed the drop in migration numbers. Unable to engage on land in Libya due to ongoing political conflict, the bloc invested in the capacity of the Libyan coastguard and made plans to upgrade Libya’s migrant detention centres. Yet large parts of the coastguard, detention centres, and other key branches of the fragile Libyan state’s security apparatus are run or controlled by militias, some deeply involved in the smuggling economy.

In fact, it was not the EU’s broad efforts that reduced the migrant flow from Libya, but Italy’s strategy of engagement with the GNA and municipalities, based on aid in return for migration control.

Change in Libya is likely in coming months, whether through political or military means, and militias recognise that their survival may depend on their ability to legitimise themselves. With threats of International Criminal Court indictments, there is no greater liability than being labelled a human smuggler or terrorist. Militia leaders want to be on the right side of important brokers and donors and they found an opportunity in Italy’s migrant crisis.

After the fall of Libyan leader Muammar Gaddafi, militias created a protection market around human smuggling and, in some cases, took over the business. The industry is interdependent with other illicit trade as militias and smuggling kingpins exploit the full smorgasbord of smuggling markets, from fuel to people, drugs and weapons.

Two important men in this parallel economy were singled out by the Libya Panel of Experts as smuggling kingpins on the west coast – Ahmed al-Dabbashi from the town of Sabratha and the head of the Refinery Coastguard unit in Zawiya, Abdulrahman Salem Milad aka al-Bija.

When these militias appeared to start cooperating with each other in June 2017, rumours suggested they had been brought together by a deal with the Italian security services. Locals spoke of extraordinary sums of money being transferred, and assurances they would not face international prosecution.

Italy rejected the allegations. But what was clear was both militias had become official law enforcement entities of the GNA – the coastguard crew years before Sabratha’s Ans al Dabbashi Battalion.

Whether or not the Dabbashi Battalion was directly financed by Italy is secondary to the fact that Ahmed al-Dabbashi did turn from smuggling to policing, creating an unacceptable existential threat for his enemies, who saw their adversary gain legitimacy and a commanding position as an official law enforcement arm. A 19-day war ensued. At least 40 people were killed and more than 15 000 displaced.

Despite the war, the Italian intervention has so far stuck and the number of crossings remain low. This will likely remain the case in the medium term. However, there are a number of questions to be asked before the strategy is declared a success.

The role of militias in derailing the peace process is well documented. Communities, armed groups and tribes that felt marginalised or insufficiently rewarded in the political process have been specially motivated to turn to the illicit economy.

Co-option invariably ends up empowering some groups at the expense of others and undermines any basis for a lasting peace. Moreover, if the political landscape takes too long to change, incentives for sustained anti-smuggling cooperation by the militias are likely to wane.

Cutting off the sea crossing risks worsening the mistreatment of migrants and asylum seekers, as smugglers find alternative ways to monetise their investment. Along the land borders, particularly in the south, the reduction of human smuggling may see groups turning increasingly to other smuggling and illicit activity such as kidnapping, forced labour and prostitution.

Warlords are strengthened and legitimised by co-option, and their militias retain their involvement in the illicit economy.

At this turning point, therefore, militias must not be allowed to reinvent themselves in a new cloak of legitimacy whilst forgiving past transgressions. Rather, the current climate should be exploited to achieve true disarmament, demobilisation and reintegration into a planned and managed national security apparatus.

The UN should be given the space to lead the political process to fruition, without being undermined by the bilateral actions of governments seeking to deliver their own agenda in Libya. DM

Mark Micallef and Tuesday Reitano are involved with the Global Initiative against Transnational Organized Crime and are ISS Senior Research Consultants.

Photo: African migrants, who were rescued by the Libyan coastguard in the Mediterranean off the Libyan coast, arrive at a naval base in Tripoli, Libya, on 26 May 2017. The Libyan navy said. ‘At least 20 boats carrying thousands of migrants on their way to Italy were spotted off the coast of the western city of Sabratha’. EPA/STR