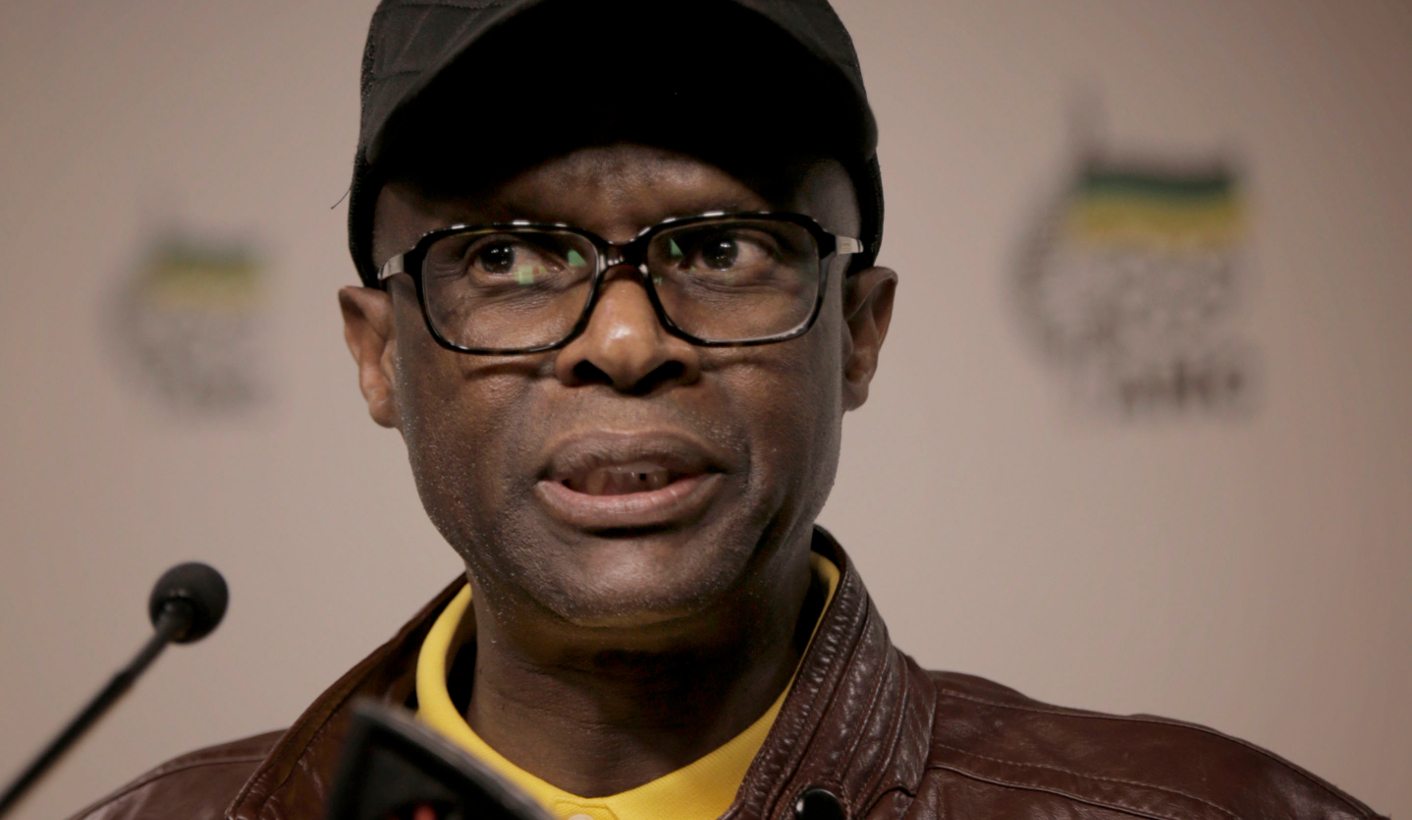 For an illustration of the factionalism besetting December 2017’s version of the ANC, look no further than the former combatants of uMkhonto weSizwe. There are now officially two separate organisations representing MK veterans: the MKMVA – which consist of Kebby Maphatsoe, Carl Niehaus, and some very youthful comrades – and the MK National Council, led by grizzled former soldiers. We know that the former have received Gupta funding and have pledged their loyalty to Nkosazana Dlamini-Zuma. The MK National Council are a more discreet bunch. Both groups are permitted to send equal numbers to the ANC elective conference. By REBECCA DAVIS.

The MK National Council are reluctant supporters of the forthcoming ANC conference, secretary general Thabang Makwetla told journalists at Luthuli House on Friday. The former soldiers lobbied unsuccessfully for a ‘Special Conference’ to be convened instead, or beforehand, in order to address the ANC’s internal problems before electing its leadership.

“We have been on record saying the ANC is too sick to go to a conference,” retired general Len Rasekgatla said. As a result of the factional divisions, Rasekgatla said the possibility that the conference might collapse was “not far-fetched”.

The former soldiers appealed to the ANC delegates attending this weekend’s conference to make sure that differences of opinions were handled respectfully, without arrogance or provocation.

“The conference is not the be-all and end-all, but we wish and pray that it launches a correct platform from which the ANC can begin to do visible, appreciable self-correction,” said Rasskgatla.

It’s easy to get confused when it comes to uMkhonto weSizwe veterans, so here’s a quick reminder. The group holding a press conference on Friday, the MK National Council, are a different formation to the uMkhonto weSizwe Military Veterans’ Association (MKMVA).

The MKMVA are the gang headed up by former cook Kebby Maphatsoe, ably assisted by serial fraudster Carl Niehaus. The MKMVA leadership have been accused for years of using MKMVA bank accounts as their personal piggybanks.

The #Guptaleaks emails also revealed that the Guptas have given the MKMVA generous financial assistance in exchange for tireless declarations of support for the family.

Their rivals are the former soldiers who make up the MK National Council, led by former defence force chief Siphiwe Nyanda and current deputy minister of justice Thabang Makwetla. The MK National Council are a generally more sober-headed bunch – as was evident from Friday’s press briefing.

Both the MKMVA and the MK Council have the right to send 20 delegates to Nasrec this weekend, a King Solomon-esque solution brokered with the aid of President Jacob Zuma. Neither group has voting rights, but individual leaders claim to hold some sway at branch level.

“Most of our members are leaders of their branches,” the MKMVA’s Maphatsoe told the Mail & Guardian in June. “So we have our way of how to influence the African National Congress processes.”

Maphatsoe and co have made it clear who the MKMVA wants to see at the helm of South Africa next: Nkosazana Dlamini Zuma. The MK National Council, however, has been more discreet.

Last week, the Western Cape branch of the MK National Council reportedly pledged its support for former MK comrade Lindiwe Sisulu. With Sisulu out of the presidential race, however, it’s unclear where the council is now placing its hopes.

Asked directly by Daily Maverick on Friday who the council’s preferred candidate is, Gregory Nthatisi replied: “We don’t have a candidate of our own choice”.

Nthatisi listed the characteristics of the MK Council’s dream candidate, however.

Was Nthatisi referring to Ramaphosa or Dlamimi Zuma? It’s questionable if either candidate fully fits the bill.

The MK National Council made it clear that it considers one of the priorities of the conference to be to help set the ANC back on a course of “moral rectitude”. Makwetla also said that the next ANC leader should focus on rebuilding trust between the ruling party and the labour movement, together with cultivating relationships with civil society, youth and student movements and women’s movements.

“The ANC has always been throughout its life a vanguard of a much broader movement for change in South Africa,” Makwetla suggested.

But if it is to play this role again, the military veterans stressed that much needs to change.

“We go into this conference conscious of the mammoth task at hand to prepare the organisation for the coming general elections in 2019,” Makwetla said.

“We have on our hands an athlete that is sick and unfit for the race he must compete in. Time is of the essence.” DM

Analysis: Morogoro conference – memorandums, wedge drivers and the saving of the ANC’s soul

Ramaphosa: The myths, the man – and the making of a president?

ANC conference, Foreign Relations Dept: Issues of Israel and Morocco to heat up the debate