Op-Ed: Roy Moore and the Republican War in Trump’s Am...

Op-Ed: Roy Moore and the Republican War in Trump’s America 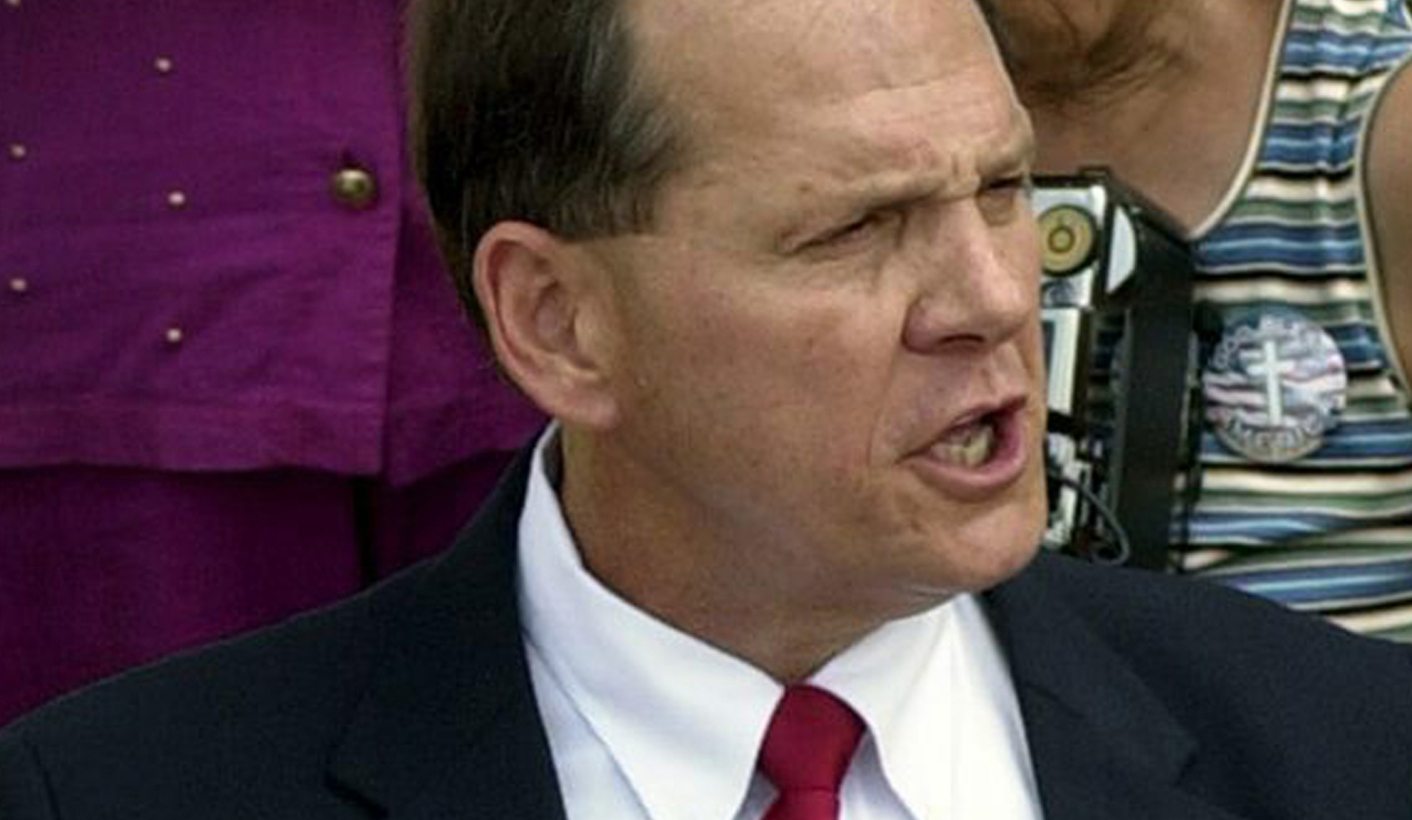 Members of the African National Congress rummaging behind the couch for the soul of their party may find some solace in the fratricide engulfing the US Republican Party in the run-up to Alabama’s special election on Tuesday. By JONATHAN FAULL.

Home town hero, defrocked Judge, and Reverend, Roy Moore has fallen from grace. The Republican candidate for the US Senate faces numerous, and credible, allegations of grooming teenage girls and child abuse. These allegations are backed by corroborating witnesses, supporting documentary evidence seemingly penned by Moore himself, and the memory of a community, where his interest in local teens was deemed sufficiently unseemly that he was banned from the local mall.

Yet Roy Moore is likely to be elected to the United States Senate to represent the people and interests of the State of Alabama. In that end game, the defeated candidate would be civil rights activist, former US states attorney, and generally honourable man, Doug Jones.

Even before Moore became mired in allegations of grooming and child molestation, his candidacy had put noses out of joint across a swathe of the political spectrum. Moore made his name in the culture wars of the nineties and noughts, railing against the erosive impact of gays, apostate Democrats, Islam, minorities, Washington and immigrants on Christian values. Moore also played, alongside President Trump, a prominent role in advancing the anti-Obama “birther” conspiracy. Critical to his political project are the twin imperatives of cultural victimhood, and the assailing of earthly authority as embodied by everyone up on the Hill in Washington, Republican and Democrat.

Until overtaken by more recent events, the zenith of Moore’s notoriety was associated with being twice defrocked on the basis of ethics violations. In each instance Moore had stoked public controversy by pitting his religion against the law, and siding with his interpretation of the bible over established law.

Moore’s candidacy needn’t have got this far. The Grand Old Party’s (GOP) establishment could have conspired – inelegant though that would have been – to stall the race, allowing for the ascendance of a new Republican candidate. Yet in post-truth America the grandees of the Republican party have chosen to stay the course.

Polite requests to stand down were initially replaced by a growing cowed silence, followed by spin. In the end days of the campaign, Moore’s candidacy has been endorsed forcibly and repeatedly by the President of the United States, Donald Trump, and – following a brief hiatus – Moore’s campaign is again receiving monetary support from the Republican National Committee, the highest co-ordinating committee of the GOP.

There are prominent voices of dissent from the Republican bench: Retiring senator, and professional conservative-voice-of-conscience, Jeff Flake of Arizona, went so far as to write a check to Doug Jones’ campaign, and posted a photograph of it to twitter. Incumbent Alabama Senator, Richard Shelby toured this weekend’s Sunday shows to give everyone with a semblance of moral fibre an out: “I couldn’t vote for Roy Moore”, Shelby said to Jake Tapper on CNN’s State of the Union, “Alabama deserves better”. Shelby indicated that he will support an unnamed “distinguished Republican candidate” through a write-in vote. That Shelby failed to name his alternative candidate demonstrates how shambolic the moral-right’s fight back has been. Tellingly, the National Republican Senate Committee – the political party committee working to elect Republicans to the US Senate – has not endorsed Moore, and its chairperson, Senator Cory Gardner of Colorado has said “Roy Moore will never have the support of the senatorial committee”.

In the 2016 Presidential elections, Donald Trump carried Alabama by 28 points. Democrats haven’t been competitive in Alabama since the civil rights era. This shouldn’t be tricky terrain. Yet Doug Jones is competitive.

It does boggle the mind that the national leadership of the party of Lincoln has weighed the odds, and is betting that supporting the candidacy of a credibly alleged child molester is both defensible, and in their political interests.

The GOP has worked itself into a very difficult corner. With #MeToo on the cover of Time Magazine, and fallout from sexual harassment finally reaching Washington’s corridors of power, the optics of Roy Moore riding into town clutching his bible are not going to be great. His presence in the US Senate will be a lightning rod for liberal activists, and a constant embarrassment for Brand GOP. Moreover, if elected, “Brand Moore” will require Senator Moore to buck his colleagues in DC, and generally run an obstructionist, populist, and attention-seeking office.

If Moore is elected, Democrats in Washington will no doubt demand an ethics inquiry into Moore’s past conduct. The credibility of the allegations would make it almost impossible to sweep the controversy under the Senate rug, and the national parsing of a sex scandal and ethics investigation would likely bring renewed attention to the allegations that sullied the end days of candidate Trump’s Presidential campaign. It’s difficult to see how the GOP wins if Moore wins.

If Moore loses, the tenuous Republican majority in the Senate – beloved of Trump for supporting tax cuts, and forever implored to kill Obamacare – will be cut to one vote (plus Vice President Pence, who can break a tie). Moreover, the GOP would enter the new year with a historically unpopular president wailing from the apex of the party, while bracing for mid-term elections in November with a nationally debated Senatorial defeat squarely in the rear-view mirror.

A Jones victory is only plausible if a considerable number of Republican voters switch parties, stay home, and/or write in phantom candidates. The revolution that began with the Tea Party will have begun to devour its children. DM

Photo: Suspended Alabama Chief Justice Roy Moore during an address at the state judicial building in Montgomery, Alabama, 25 August 2003. Media reports on 15 November 2017 state that US Senate Majority Leader McConnell stated that Roy Moore, who is standing as the Republican candidate for US Senate in Alabama is ‘unfit’ for the US Senate as Moore is facing allegations of sexual misconduct. Photo: EPA-EFE/JAMIE MARTIN