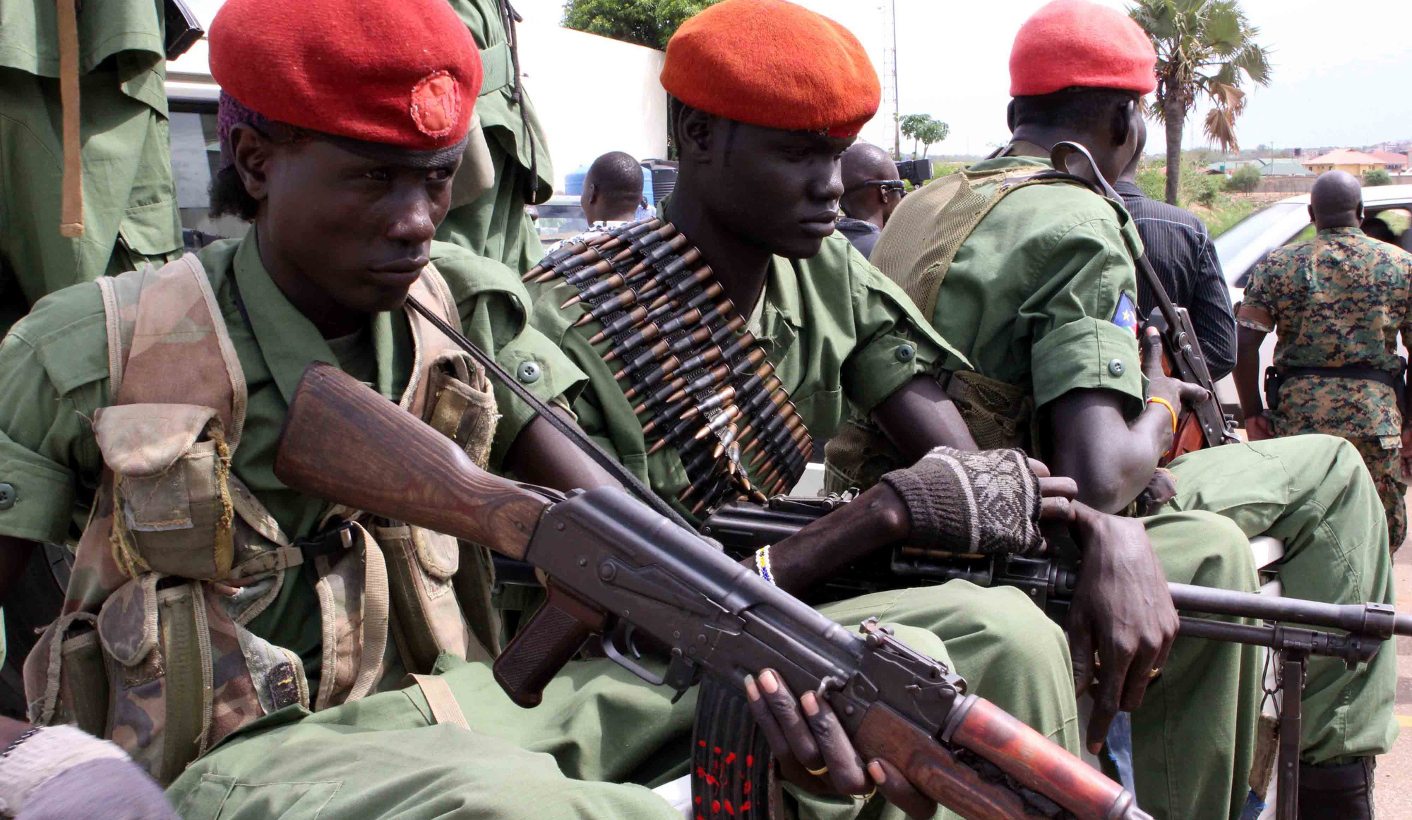 IGAD’s initiative is encouraging, but it’s unlikely to overcome obstacles that have bedevilled previous efforts. By Meressa K Dessu for ISS TODAY.

With the civil war in South Sudan concluding its fourth year, the Intergovernmental Authority on Development (IGAD) is maximising its efforts to revitalise the Agreement on the Resolution of the Conflict in the Republic of South Sudan (ARCSS) through the establishment of a High Level Revitalisation Forum (HLRF). IGAD says this is the only viable way to build peace and stability in the country. But it faces multiple challenges.

But this agreement only temporarily halted the catastrophic civil war that erupted in mid-December 2013 between the SPLM/A-IG and SPLM/A-IO. According to the ARCSS, a Transitional Government of National Unity (TGoNU) was established on a power-sharing basis that gave the SPLM/A-IG presidential power, and gave the vice presidency to the SPLM/A-IO. But this agreement collapsed in July 2016 when fighting resumed between forces loyal to President Salva Kiir Mayardit and the SPLM/A-IO chief and TGoNU vice president Riek Machar Teny. Machar went into exile and Kiir replaced him with General Taban Deng Gai, a move that divided the SPLM/A-IO into two armed factions.

After the violation of the ceasefire agreement and collapse of the ARCSS, IGAD and its partners – including the Troika – took no effective measures against the perpetrators. As the fighting goes on, South Sudanese civilians continue to suffer human rights abuses, sexual and gender violence and denial of access to humanitarian aid. These violations are committed reportedly by both the government and the opposition forces.

The IGAD Assembly of Heads of State on 12 June 2017 decided to revitalise the ARCSS and directed its Council of Ministers to discuss with relevant parties how to restore a sustainable ceasefire, fully implement the ARCSS, and develop a revised and realistic timeline for elections.

An official working on the revitalisation plan told the Institute for Security Studies (ISS) that the process has three phases: pre-forum consultations, the establishment of an HLRF and the implementation of the agreements made by the HLRF. The first phase comprises discussions with various parties to identify those who should be included in the HLRF and mapping the complex interests of the different parties. IGAD has finalised the pre-forum consultation and is moving forward to establish the forum in the near future, the source says.

While IGAD’s revitalisation initiative is encouraging, the question remains how this initiative will differ from previous efforts in overcoming the inevitable obstacles. First, the varied actors in the process will challenge the revitalisation of the peace agreement. Since the collapse of the ARCSS, rebel forces have grown in the country. Like the parties to the ARCSS, these rebel forces are Sudan People’s Liberation Movement and Army (SPLM/A) factions who should be included in the process – any agreement without them will fail. As IGAD wants to apply inclusivity in the process, the challenge is on managing the actors’ many differing interests and views.

Second, the University of Juba’s Dr Jacob D Chol tells the ISS that the different parties involved in the conflict conceptualise the IGAD initiative differently. He notes that the SPLM/A-IG says the revitalisation is the same as what the government is trying to implement; SPLM/A-IO’s Taban Deng in the TGoNU argues that the revitalisation is pushing for the implementation of the ARCSS; and the SPLM/A-IO – led by Machar – disputes the process as rebooting and renegotiating a new peace deal that incorporates all the newly emerged rebel outfits.

From IGAD’s perspective, the revitalisation is about restarting the ARCSS – with some amendments to accommodate the interests of estranged groups, and a revision of the schedule for a realistic implementation process.

The third challenge is that no party to the ARCSS has fully embraced the initiative yet. IGAD announced recently that all parties unconditionally supported it and affirmed their readiness to engage in the process. But none seems to appreciate the initiative as the common and best forum for creating and building peace and stability in the country. They instead appear to be redefining and translating it based on their own needs and interests. Furthermore, the government doesn’t seem that keen on IGAD bringing on board the HLRF with such a multiplicity of actors.

Lastly, there is distrust and a lack of confidence among the ARCSS parties regarding IGAD’s mediating role. The government says it is being used by the Troika powers to impose their interests on the country. On the other hand, Machar’s SPLM/A-IO accuses IGAD of supporting only the government – and sees the HLRF as an initiative aimed at supporting Kiir’s National Dialogue project. That’s why Machar has expressed his frustrations with the peace process, saying IGAD is ‘no longer qualified’ to play the mediation role. He has further called on the African Union and the international community to support a resumption of new peace deal.

Overall, these obstacles to the peace initiative in South Sudan are not surprising. Since the conflict erupted, different initiatives such as ceasefire agreements, the reunification of the SPLM/A, the deployment of a regional protection force, and the establishment of a hybrid court were proposed and at times agreed on. But none have come about. This failure lies in the military and political leadership of the conflicting parties who, as splinter factions from the SPLM/A, have similar patterns of behaviour – as they all fought together against the government of Sudan.

The SPLM/A leaders lack vision for the statehood. So far they have been characterised by high-risk violent behaviour leading to conflicts being triggered in the country, more fighting, and the undermining of many peace efforts.

So considering all these challenges, what can be expected from the revitalisation process? Nothing much. It will perhaps bring about a temporary cessation of hostilities that may also create another opportunity for rethinking better approaches, but it will not go beyond that to solve the problem.

As Chol argues, the solution to South Sudan’s problems lies in excellent political leadership that can address the demands of all the people. It is hard to expect this from any of the SPLM/A factions including the government – as long as they refuse to refrain from violent behaviour, and are reluctant to learn from their own mistakes. DM