ISS Today: Path of insecurity for migrants leaving the Horn 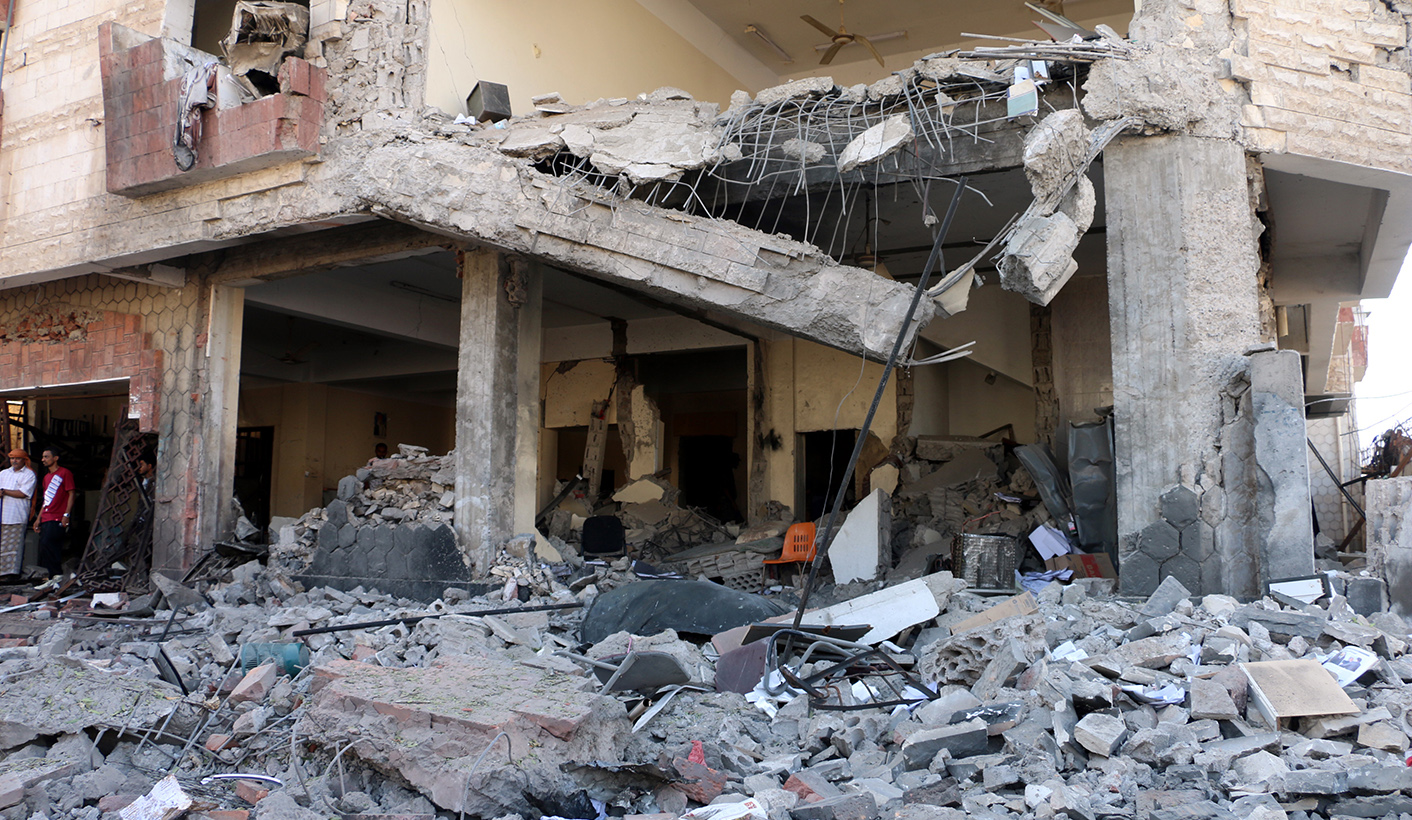 Photo: Yemenis inspect the site of a suicide bus bomb targeting the finance ministry in the southern province of Aden

Discrimination, unemployment and conflict set migrants on a perilous journey through war-torn Yemen to the Gulf. By Peter Tinti for ISS TODAY.

Despite conflict and humanitarian catastrophe in Yemen, the country remains a destination for some Somali and Ethiopian migrants who risk kidnapping, torture and deportation trying to reach labour markets in the Gulf. Tens of thousands of migrants use a vast network of smugglers to move across harsh terrain, endure a perilous sea voyage, and then travel through war-torn Yemen and across one of the world’s most heavily-monitored borders.

New research by the Institute for Security Studies (ISS) indicates that some of these migrants may be recruited into armed groups, hired as mercenaries, or conscripted into forced labour during their journey. Many are kidnapped upon arrival in Yemen.

Many more migrants travel from the Horn of Africa to Yemen and Saudi Arabia than to Europe. A record 117,107 arrivals were documented in Yemen in 2016, 83% of them Ethiopian and 17% Somali.

Ethiopians pay smugglers to guide them through Djibouti or Somalia to coastal departure points, where they are joined by Somali migrants. On arrival in Yemen, smugglers facilitate movement across the militarised Saudi border. In Somalia, smugglers facilitate direct passage to Saudi Arabia by linking migrants with new sets of smugglers in Yemen.

Migrant smuggling is big business. Research carried out in 2016 by the Global Initiative against Transnational Organised Crime for the ISS indicated that migrants paid $200-500 to journey illegally to Yemen via Djibouti. The migrant smuggling industry in the Horn of Africa was conservatively estimated to be worth around $15-million per annum in 2016.

This transnational connectivity between multiple groups of smugglers suggests co-ordination between criminal opportunists along many different routes.

Ethiopian and Somali migrants who arrive in Saudi Arabia without papers find work in the informal economy. Considering that people continue to make the journey despite crackdowns and deportations, why do they go?

Political discrimination and lack of economic opportunities are the main reasons Ethiopian migrants give for making the journey. The drivers of Somali migration to the Yemen are different, with migrants citing conflict, recent famine, and employment opportunities in Yemen and Saudi Arabia.

For Ethiopians transiting through Somalia, the journey to Yemen begins with travel to the Somaliland border, where migrants connect with smugglers who bribe border officials and move people through Puntland to the coast, where boats depart for Yemen.

Smugglers in Puntland say police are complicit in this leg of the journey, receiving bribes at checkpoints, or selling unaccompanied migrants to smugglers. Migrants who do not pay are held for ransom, with physical abuse used to extract payments from families or friends back in Ethiopia, or forced to work until they pay their debt. In some cases, local law enforcement officials and community militia are complicit and hand migrants over to violent smugglers.

Some migrants do parts of their journey on foot, without a smuggler, and may fund their journey by working along the route. They are at risk of arrest or kidnapping.

Smugglers on the route through Djibouti describe a lucrative and permissive smuggling environment. Transit costs are estimated at $200 for each migrant, of which the smuggler may pay bribes up to $30 at each of four checkpoints, before the migrants board a boat for Yemen.

Once they reach Yemen, migrants must make new financial arrangements with local smugglers and may find themselves detained by armed groups who connect them with smugglers in exchange for ransom payments. Migrants have told of being thrown off the boats and made to swim ashore to avoid detection.

Government officials are often eager to frame the arrival of unwanted irregular migrants as a state security issue, and have every incentive to portray migrants as drug couriers, hardened criminals and foreign fighters.

Somaliland intelligence officials have referred to Ethiopians being recruited or forced into the war in Yemen. Officials in Puntland expressed concern at the overlap between migrant smuggling networks and arms traffickers who return to Puntland with contraband, including weapons that can be sold to local militias or find their way to al-Shabaab and pro-Isis fighters.

Migrant smugglers operating in Yemen are believed to be involved in other smuggling activities, including oil derivatives, cigarettes, weapons, alcohol and cannabis. Migrants are also believed to be used as drug couriers, carrying qat, cannabis and heroin, in exchange for reduced smuggling fees or free passage.

The movement of migrants is complex – it is transnational, co-ordinated across borders and relies on both corrupt state structures and organised crime groups.

Despite tough conditions in the destination states of Yemen and Saudi Arabia, conditions and employment prospects back home in Ethiopia and Somalia are sufficiently worse to justify migrants’ dangerous journey to the Gulf. This social, economic and political phenomenon must be considered by donors and bilateral partners working in the Horn of Africa. Policy makers should also recognise that the state may not be the most credible actor in addressing the issue of migrant smuggling. DM

Peter Tinti is an ISS Consultant