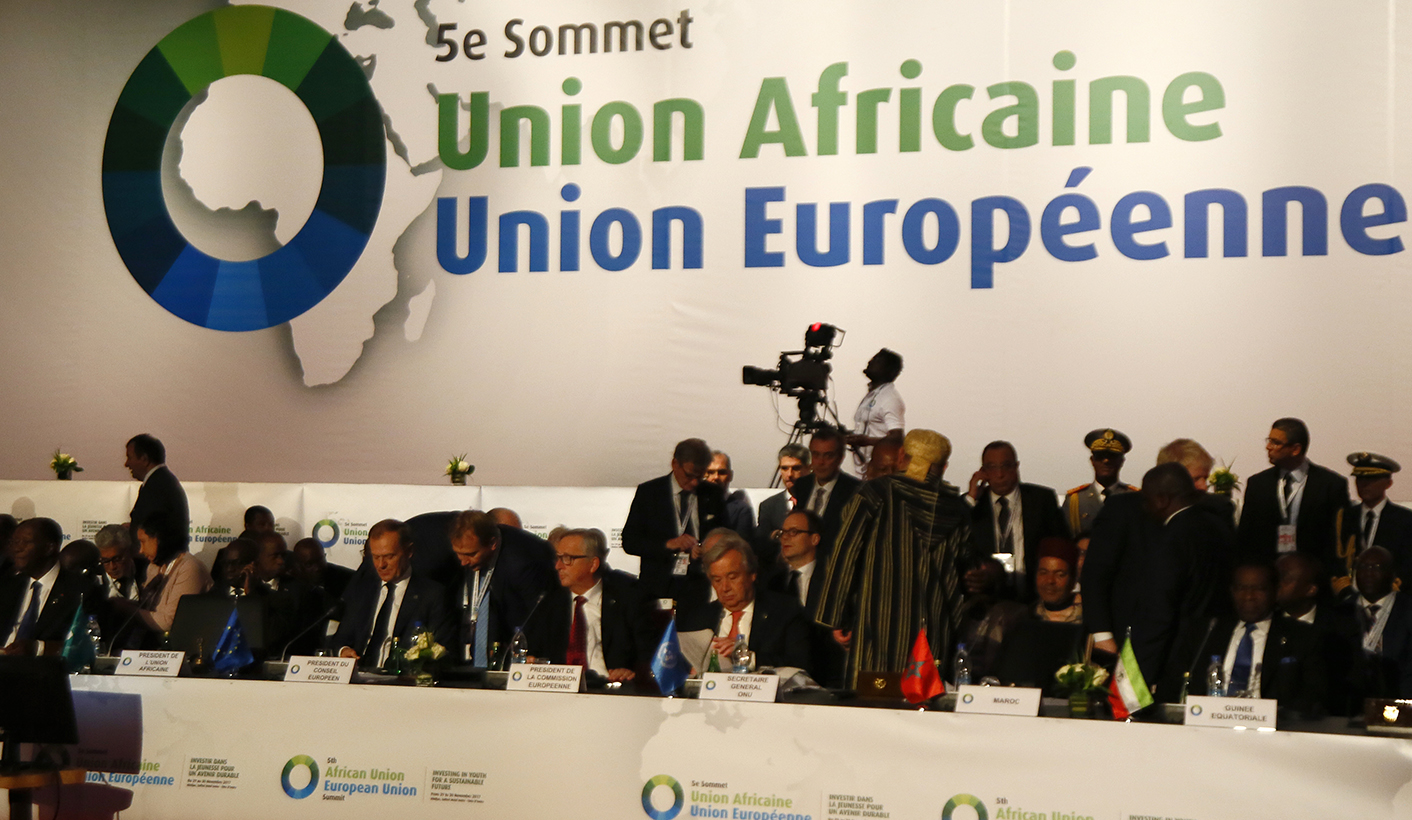 President Jacob Zuma and Moroccan King Mohammed VI had an “icebreaking” meeting at the AU-EU summit, resetting relations which have been sour for the past 13 years.

Morocco unilaterally downgraded relations with South Africa in 2004 when Pretoria gave diplomatic recognition to the Saharawi Arab Democratic Republic (SADR) which claims the Western Sahara as its territory.

Morocco insists that Western Sahara is part of Morocco and continues to occupy the territory, forcing the SADR to operate from neighbouring Algeria.

The African Union nonetheless recognized the SADR as a member state in 1984 – prompting Morocco to walk out of the organisation – but Pretoria took another 20 years to recognize the landless state.

Morocco retaliated by withdrawing its ambassador from Pretoria. Officials said South Africa only realized Morocco had downgraded relations when Morocco then refused to give official recognition to its ambassador in the Moroccan capital Rabat.

Zuma’s meeting with the king is part of Morocco’s major diplomatic offensive to return to Africa. In February this year, the North African country returned to the AU, even though the SADR remained a member.

But Morocco is suspected of scheming to try to expel SADR from within. According to several diplomatic sources, it tried hard to ensure that Cote d’Ivoire did not invite the SADR to the current summit here.

It was only after threats by several AU members to move the summit from Abidjan to Addis Ababa, that Morocco relented. And so both Morocco and the SADR are present here.

SA officials said the meeting between Zuma and the king went “surprisingly well. I was frankly expecting it to be acrimonious”. He added that discussions would now begin to restore ambassadors to both capitals.

Officials said Zuma had also injected new life into relations with the European Union here in a meeting with EU Commission President Jean-Claude Juncker. The two had agreed that the summit-level meetings between SA and the EU, which are supposed to be annual but have not been held since 2013, would resume early next year.

Relations between them were elevated to summit level ten years ago when the two sides decided to form a “Strategic Partnership”. This was just one of 10 such partnerships the EU has with the world.

SA officials said relations had slumped because the EU Commission had become preoccupied with Europe’s internal problems such as the euro crisis, migration and terrorism.

But they said that the EU was now diversifying its relations, especially because of the weakening of the historic TransAtlantic bond with the US under President Donald Trump. This was most evident in Trump’s decision to pull out of the Paris climate change deal.

South Africa was especially important for the EU because of its strategic leadership role in Africa, the officials said.

South Africa was also diversifying its relations, most notably in its joining of the BRICS forum.

“But Europe remains our most important trading partner. Both sides need each other,” one official said. DM