The AU-EU summit: Human trafficking at top of the agenda 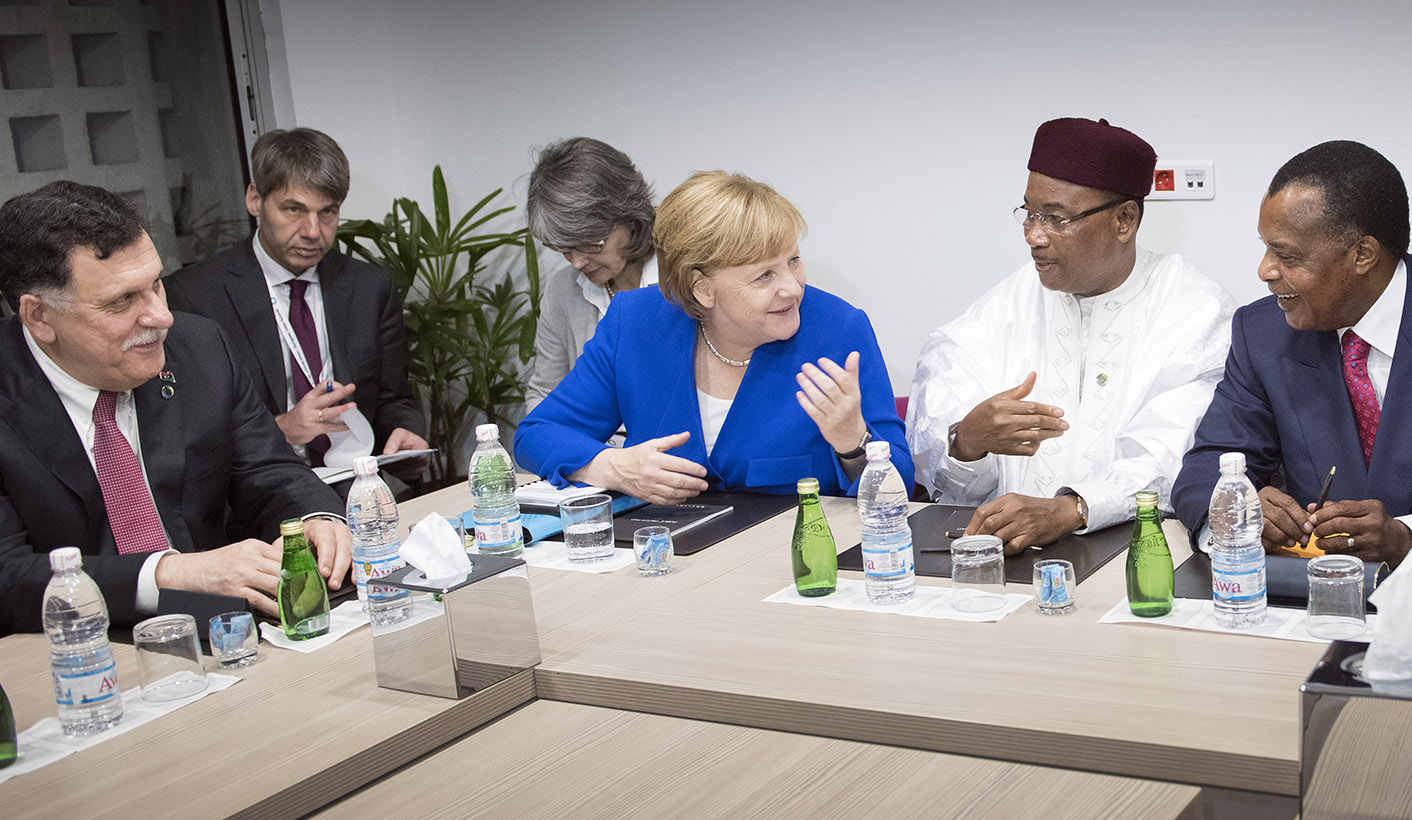 Harsh action has been proposed at the African Union-European Union summit to clamp down on human trafficking in Libya. By PETER FABRICIUS in Abidjan.

South Africa has welcomed the proposal by French President Emmanuel Macron for police and military action against human traffickers and slavers operating from Libya.

But officials cautioned that any action would have to be co-ordinated carefully with the African Union. “We can’t just throw money at the problem,” one official said.

Macron, speaking on the margins of the African Union-European Union summit here, told French media that human trafficking was a criminal offence.

“It’s not enough for us just to denounce the problem but we must act collectively in attacking these networks which operate from the Sahel all the way to Libya and have connections that enable them to reach all the way across the Mediterranean.”

Did that mean armed intervention, he was asked.

“I’m calling for police and military action. This does not mean waging war in Libya. These human traffickers are connected to terrorist networks. Sometimes it is the same people who wage war on us and who create victims in the Sahel and Sahara.

“Indeed we need to offer protection to victims of trafficking. We will be identifying people before they get to Libya to see who can claim protection and avoid crossing the Mediterranean. Then what we propose is to facilitate the return of Africans who are now in Libyan camps to their own countries in Africa because they stand no chance of gaining asylum since they can’t return.”

He added some countries are co-operating with France on this issue.

South African officials said that the EU and AU commissions would be meeting over the next three months to draw up an action plan for Macron’s proposal and others made at the summit.

They expressed concern that France and Europe were inclined to just “throw money at the problem”. They blamed the EU for financing resettlement camps for migrants in Libya to keep them out of Europe. “And those camps are sources of recruitment,” one said, suggesting that this was where many terrorists were recruited as well as migrants to be sold as slaves.

An EU official denied that the organisation was funding these camps.

Slavery has emerged as the dominant issue at the summit, after CNN broadcast a video purporting to show African migrants being auctioned as slaves in Libya.

South Africa and other African countries remain wary of any European or wider Western military action in Libya as they blame the 2011 Nato-led air campaign against Muammar Gaddafi’s government for destabilising the country and the region. DM

Photo: A handout photo made available by German Government (Bundesregierung) on 29 November 2017 shows German Chancellor Angela Merkel (C) talking with Issoufou Mahamadou (2-R) President of Niger, Fayez Al Sarraj (L) Chairman of the Libyan Presidential Council and Denis Sassou Nguesso (R), President of the Republic of the Congo, at the beginning of a meeting on Libya on the sideline of the 5th African Union – European Union (AU-EU) summit in Abidjan, Ivory Coast, 29 November 2017. Photo: EPA-EFE/GUIDO BERGMANN