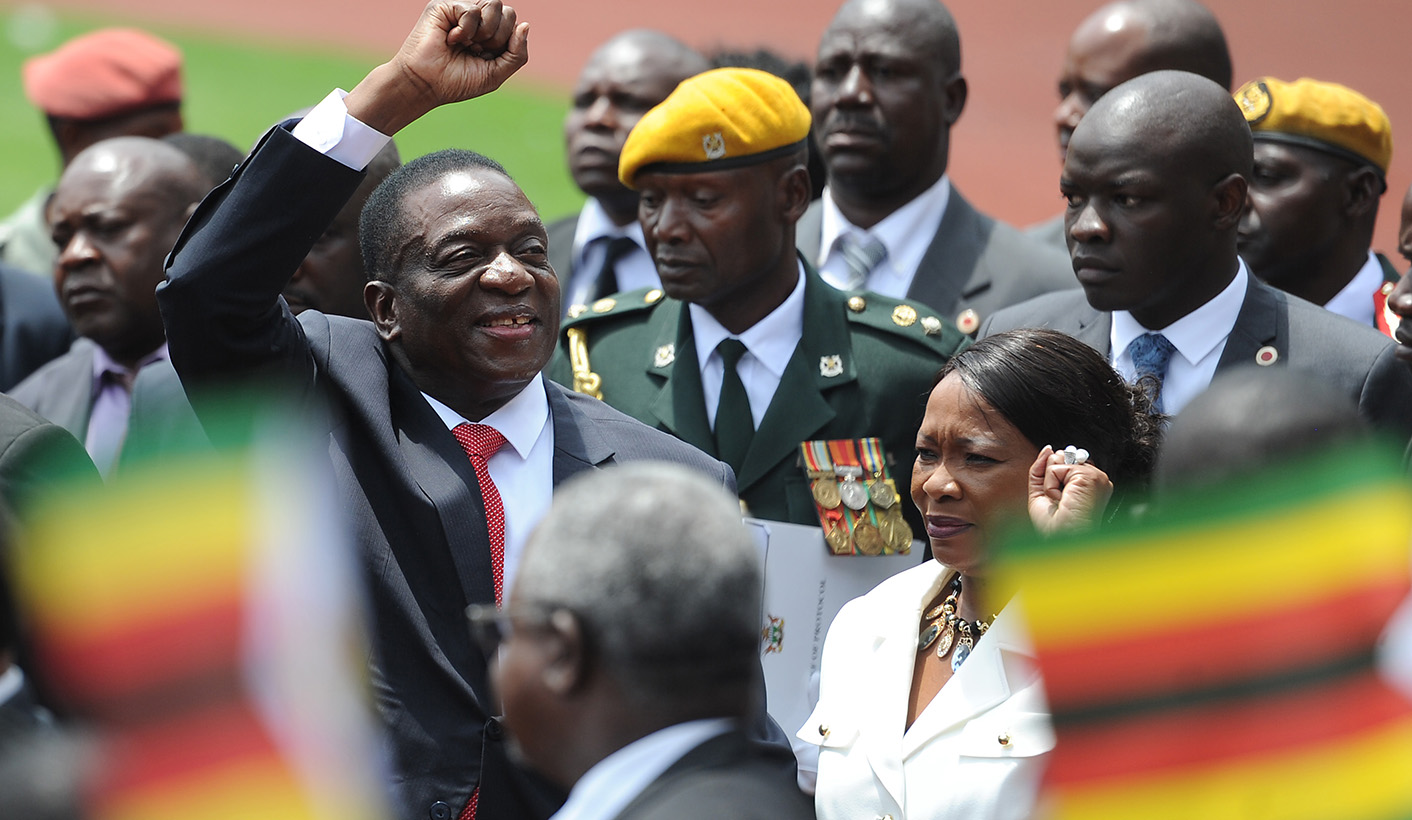 For now, it’s every Zimbabwean’s hope that the pain and suffering inflicted upon them by the Mugabe regime is gone and buried and a new page has been opened in Zimbabwe. By SALLY NYAKANYANGA.

Cheering from ecstatic crowds, with others breaking into song and ululating. This was the hero’s welcome that Emmerson Mnangagwa received when he returned home after a brief exile to take up the presidency of Zimbabwe last week – after having been sacked as vice-president in early November by former president Robert Mugabe.

The excitement among Zimbabweans reminded me of reports made at independence in 1980 when Zimbabwe citizens were celebrating the fall of white supremacy rule and the swearing in of Robert Mugabe to lead the country. I was not yet born but one question by a journalist in an interview with the masses got me thinking.

“What would you do if Mugabe doesn’t deliver as you expected?”

“I believe he (Mugabe) is going to live up to his promises but again, I don’t want to think about it,” one woman concluded.

In his speech at the ruling party Zanu-PF headquarters in Harare, President Mnangagwa made some interesting remarks. “The will of the people will always succeed… I pledge myself to be a servant,” he told the multitude of people who had waited into the late hours of the night to welcome him.

“We want to grow our economy, we need peace in the country and we want jobs, jobs, jobs,” said President Mnangagwa. The emphasis on jobs, which was followed by shouts of excitement from the jubilant crowd, points to the high unemployment in the country, which currently stands at 90%.

The southern African country is currently grappling with acute cash and foreign currency shortages that have led to a preposterous increase in basic commodities despite salaries and wages remaining static. Further, the country’s social service is on its knees.

In an interview with CNN reporter Christiane Amanpour, Movement for Democratic Change leader Morgan Tsvangirai was asked whether Mnangagwa could transform the country for the better.

“Knowing President Mnangagwa, his character, he has to work very hard to change his character so that he can define the future of the country. But at the same time he knows that he cannot continue on the same path Mugabe has travelled and still expect the nation to respect him,” Tsvangirai replied.

The outgoing president of Botswana, Ian Khama, advised the Zimbabwe headman to take a page from the events that led to the fall of his predecessor. “Look at the reaction of the people of Zimbabwe to Mugabe’s stepping down and now people have high expectations and have tested democracy, even if it was limited,” said Khama.

Khama said that the country was rich in human resources, with an innovative and hard-working populace. “If he can demonstrate to investors and people of Zimbabwe the confidence that they have achieved in Zimbabwe – I think in a short space of time there will be economic turnaround,” Khama stated.

While people celebrated Mugabe’s exit, the future remains unclear for many as to whether Mnangagwa could be any better than his mentor.

“We thank him for removing sekuru (meaning old man in Shona and referring to Mugabe). Whether Mnangagwa is going to do well, we will cross the bridge when we get there,” said one citizen.

“We need to give him the benefit of the doubt. Let’s give President Mnangagwa a chance,” said another.

The big question is – will Zimbabweans’ great expectations be fulfilled? Zimbabweans are holding on to Mnangagwa’s optimistic speech.

Opposition leader Tsvangirai insists that the new president has a national duty to define the future in which there are no threats and to give hope to the millions of Zimbabweans who came out on that Saturday to support this cause.

In an interview with online publication Irin News, a lawyer based in Harare, Kuda Choto, said: “People are still very sceptical because it’s still Zanu-PF in form and deed.”

This is a potential Damascus moment for President Mnangagwa – the decisions and actions he is going to make from now on will determine whether Zimbabwe will move forward or otherwise.

While Mugabe and his family have been granted immunity, some members of the Generation-40 cabal, the likes of former Minister of Finance Ignatious Chombo and former Zanu-PF youth leader Kudzai Chipanga, are facing various charges and are behind bars. Patrick Zhuwao, Mugabe’s nephew, is said to be hiding in South Africa, with the whereabouts of Jonathan Moyo and Saviour Kasukuwere not yet known – but some reports have indicated that the two were seen aboard a plane on their way to Kenya.

Therefore, this is the opportune time for Mnangagwa to spearhead the country’s economic growth, create employment, respect the rule of law, promote gender equality and bring unity, peace and stability to the country.

For now, it’s every Zimbabwean’s hope that the pain and suffering inflicted upon them by the Mugabe regime in the past is gone and buried and a new page has been opened.

As President Mnangagwa himself said: “The voice of the people is the voice of God. Vanenge vaine njere teererai zvinotaurwa navanhu (those with wisdom listen to what people say… ”). DM

Photo: New Zimbabwean President Emmerson Mnangagwa waves at the crowd during his inauguration ceremony in Harare, Zimbabwe, 24 November 2017. This comes days after former president Robert Mugabe stepped down after 37 years in power. Zimbabwe is due to hold elections in 2018. EPA-EFE/STR