Zimbabwe: Mugabe jumped before he was pushed 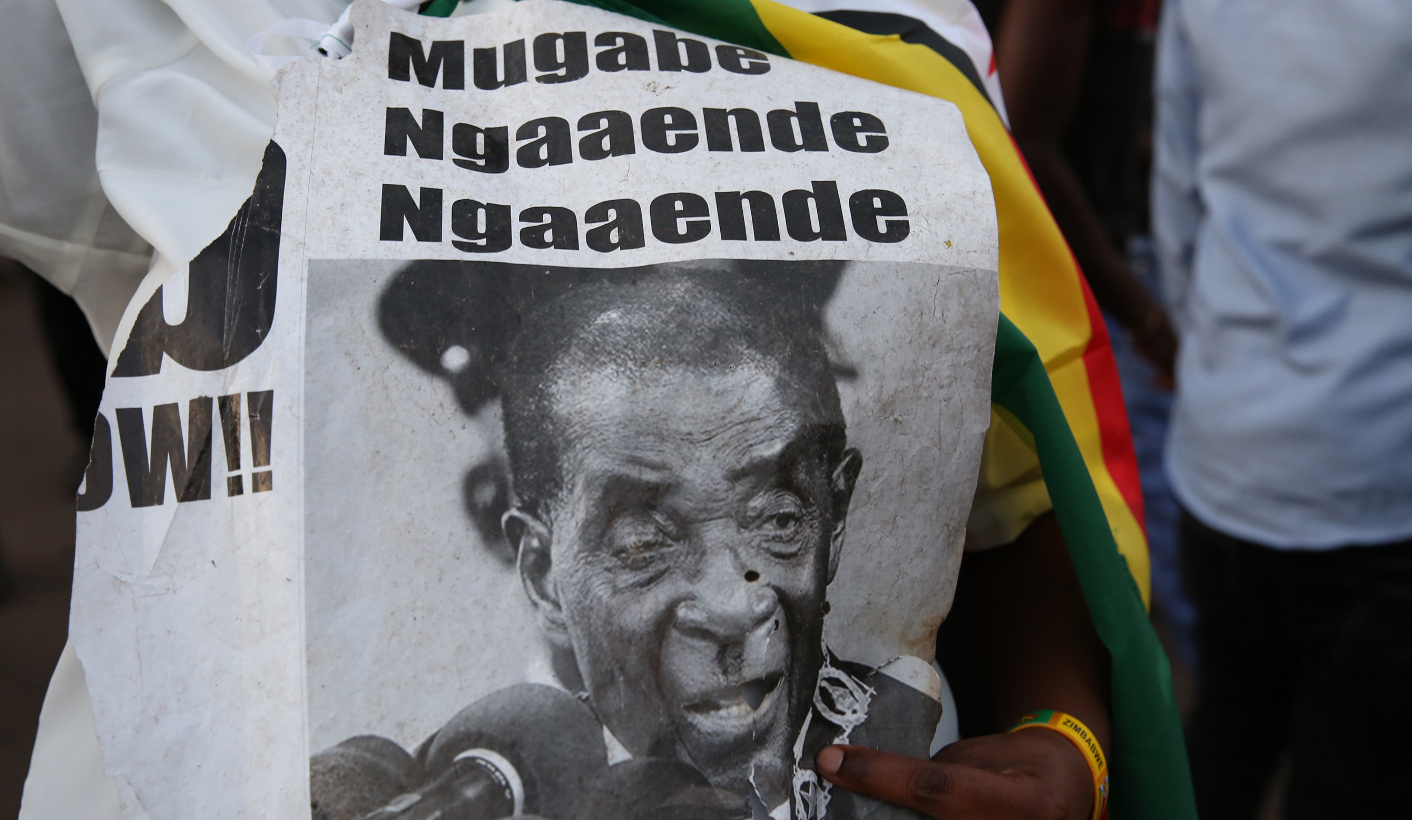 Zimbabwean President Robert Mugabe jumped a moment before he was pushed. He realised that his impeachment was inevitable and imminent. Resignation was the less humiliating alternative to being fired by his own beloved Zanu-PF party. By PETER FABRICIUS.

Analysts said on Tuesday that the impeachment process launched by Zanu-PF was heading for a speedy conclusion. Earlier concerns that the party leadership might not muster the votes to impeach him quickly evaporated and Mugabe’s removal from office loomed, within days if not hours.

The first stage of impeachment, a simple majority vote of both houses of parliament, sitting together, to form a nine-person committee of MPs representing all parties to investigate impeachment, would be easy.

Debate on that resolution under section 97 of the constitution had started and MDC MP Priscilla Misihairabwi-Mushongwa was in the midst of her speech when the speaker, Jacob Mudenda, interrupted her to advise that he had received a letter from Mugabe.

“I Robert Gabriel Mugabe in terms of section 96 of the constitution of Zimbabwe hereby formally tender my resignation… with immediate effect,” Mudenda read, triggering cheers from MPs.

Former opposition senator David Coltart posted on his Facebook page, “This is a good day – but as we celebrate this evening I am reminded of all those who have sacrificed their lives to see the end of this tyrant. I am also reminded that we have removed a tyrant but not a tyranny.

Coltart had earlier explained how the impeachment of Mugabe could take just a matter of hours, though MPs had been advised to stretch it out at least until Thursday, “for the sake of constitutional decorum”.

If the joint sitting had passed the resolution calling for the nine-person committee to be formed, it could have convened immediately, though Coltart had expected it would probably only have met on Wednesday. It would probably have called on Mugabe to defend himself before it. He would almost certainly have declined, out of pride.

The committee would then very likely have proceeded rapidly to recommend impeachment under section 97 which states that the president may be removed from office for “a. serious misconduct; b. failure to obey, uphold or defend this constitution; c. wilful violation of this constitution; or d. inability to perform the functions of the office because of physical or mental incapacity.”

Derek Matyszak, a lawyer and Zimbabwe expert at the Institute for Security Studies, agreed that finding Mugabe culpable under any one of those clauses would have been “a doddle”.

This parliamentary committee would then have returned to the joint sitting of both houses where its recommendation to impeach Mugabe would have been debated and put to the vote.

This time a two-thirds majority would have been required to adopt it. Both Matyszak and Coltart said there had been earlier concerns that a two-thirds majority would not be attained, both because of opposition from some die-hard supporters of Mugabe and his wife Grace and because it was not initially clear that the main opposition party, MDC-T – led by Morgan Tsvangirai – would support it.

There was some debate in MDC-T about withholding support for the impeachment resolution in order to leverage some concessions, such as the party being part of a transitional government of national unity to govern the country until elections.

Matyszak said one proposal on the table was for such a government to govern for three years, postponing the elections which are due about July 2018.

But in the end these concerns evaporated and it became clear, to Mugabe and everyone else, that the impeachment decision would be carried.

Once that had happened, Mugabe would have been out of office immediately. So he chose instead to resign before he was fired.

His resignation seemed to have pre-empted a visit by President Jacob Zuma and Angolan President João Lourenço who were due to land in Harare on Wednesday “to assess the situation”.

They had been instructed to undertake the mission by a summit of the troika of the security organ of the Southern African Development Community (SADC) which was held in Luanda on Tuesday.

But Clayson Monyela, spokesperson of the Department of International Relations and Co-operation, said on Tuesday night it was his understanding that the visit would still go ahead, despite Mugabe’s resignation, as the summit had taken a decision to that effect. DM