A Celebration of Queerness: Zanele Muholi receives a Fr...

A Celebration of Queerness: Zanele Muholi receives a French knighthood 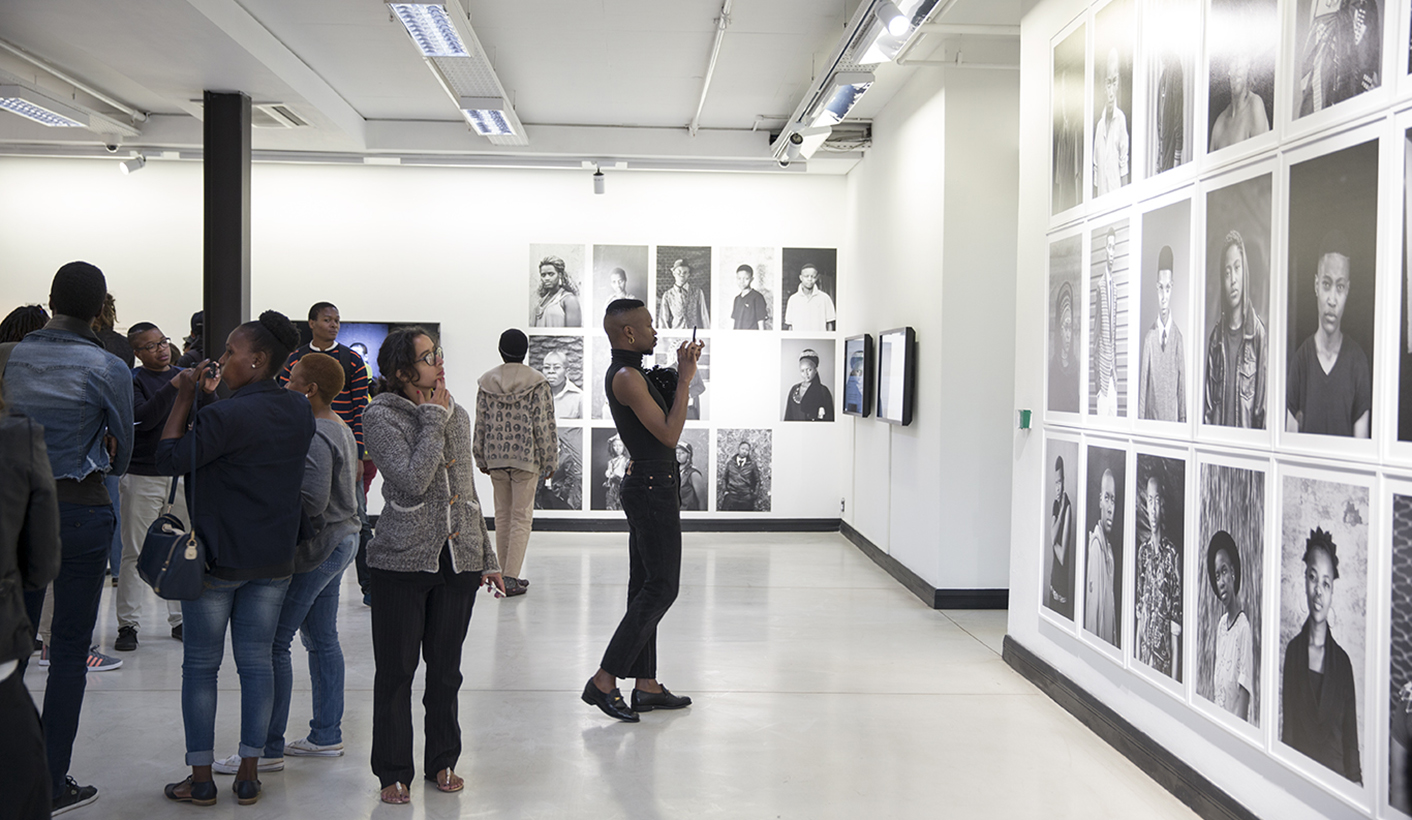 The French Embassy was due to present the Chevalier de l’Ordre des Arts et de Lettres (Knight of the Order of Arts and Letters) to acclaimed photographer and gender activist Zanele Muholi at a ceremony in Pretoria on Wednesday evening. The prestigious honour is awarded to outstanding individuals in art and writing. By NKATEKO MABASA.

The honour comes shortly after Muholi’s Faces and Phases 11 premiere night at the Market Theatre Photo Workshop on 17 November 2017. The exhibition is a follow-up to her previous work with the same participants over the years.

Zanele began the Faces and Phases project in 2006, and this celebrates the series’ 11th year.

French Ambassador to South Africa Christophe Farnaud told Daily Maverick, “Muholi is an internationally acclaimed ‘visual activist’, as she puts it. France is also proud to stand beside those who fight for the right to be free and equal. Muholi’s courage is a lesson to all those who are blind to injustices and who forget that the battle against ignorance and hate is never won, but needs to be fought every hour of every day,” and continued to emphasise the importance of her work.

“Muholi’s work is now acknowledged worldwide. It has raised the subject of LGBTQI rights in South Africa and internationally. By raising this subject, Muholi’s work challenges prejudice and complacency everywhere. It shines a light where there is shadow; it creates a space where there was none,” Farnaud said.

Muholi has major collections featured in French galleries, including those of the Centre Georges Pompidou, in Paris. She was part of the recent exhibition at the Foundation Louis Vuitton and also at the Rencontres d’Arles, an annual photography festival in the city of Arles.

It was 11 years ago that Zanele began her journey to “document a visual history” of the LGBTQI community that had not been written before. Her focus is on the lived experiences of black lesbian and transgender individuals.

Muholi’s photos showcase the participants, as she likes to call them, from when they started and 11 years later on. “I call them participants, because you participate in an art form that will inform audiences. People get to share about their own lives.” She uses photography to create awareness about the plight of hate crimes, curative rapes and murders that lesbian and gay people go through in the township.

She started with photographing the funeral of Noxolo Nogwazi, lesbian LGBTQI rights activist and member of the Ekurhuleni Pride Organising Committee, who was murdered in KwaThemba. “Hate crimes had become a binding factor in the LGBTQI community,” says Muholi. She takes pains to ensure that the people she photographs also acquire the skills to create their own art.

The Stevenson Gallery has been working with Zanele since 2005. “Faces and Phases is an ongoing visual archive that gives a voice to the silenced, marginalised and ignored black LGBTQI community in South Africa,” says Zakara Rait from the Stevenson Gallery. “Muholi’s portraits give faces to the people affected by hate crimes and prejudice, humanising the issues on a level that other people can relate to,” she said.

Lerato Dumse, who is project manager and also a participant in the photo series, remarked on the wide reception of Muholi’s work. Muholi recently returned from New York, where she was a part of PERFORMA 17, the world’s biggest and leading art fair, showing her Somnyama Ngonyama and Brave Beauties exhibitions. “We are slowly but surely taking up the space,” says Dumse.

The many women who have chosen for themselves different identities get to be celebrated for who they are and also be a part of the project. The premiere night was a celebration of queerness. It is rare indeed to be in a room filled with euphoria, with people excited about being in a space that allows them to be themselves.

Tinashe Wakapile, a participant in the photo series, had her photos taken by Muholi. Her two photos are seven years apart. The one sees a young girl who is shy, nervous and doubtful. The second seems to be of a different person. She is confident, smiling and sure of who she is. When asked about the change, Wakapile responded, “In the first image I was still trying to come to terms with who I am. I gained freedom of expression and a humanity beyond identity.”

Muholi is also a graduate of the Market Theatre Photo Workshop classes. They teach students and communities about visual literacy. “It is a language of the photographer,” says Lekgetho Makola, head of the Photo Workshop. “It is about how, in an image, a view is constructed. How in one photo there is a narrator or a stance that presents a point of view.”

He believes in how images have been used in the representation of other people without their consent. “This is critically important because such topics which are seen as taboo need to be normalised,” he said. He said anyone can walk into the Photo Workshop and see the images.

“We are absolutely thrilled that Muholi has been honoured in this way. Her work as an activist functions to bring different parts of society together,” said Rait.

Muholi’s inability to take credit for herself is among her best features. When asked how she feels about receiving the knighthood from the French government, she simply said, “It is not for me but the LGBTQI community, I’m taking praise for other people’s lives, I just happen to be a messenger.” DM

Faces and Phases 11 is open to the public till 28 February 2018 at the Market Photo Workshop. On 1 December Muholi will premiere her work at the Durban Art Gallery.

Photo: The premiere night of the Faces and Phases 11 Exhibition at the Market Theatre Photo Workshop on 17 November 2017. Photo: Sipho Gongxeka