Theatre Review: Pinocchio – a feast of spectacle over...

Theatre Review: Pinocchio – a feast of spectacle over substance 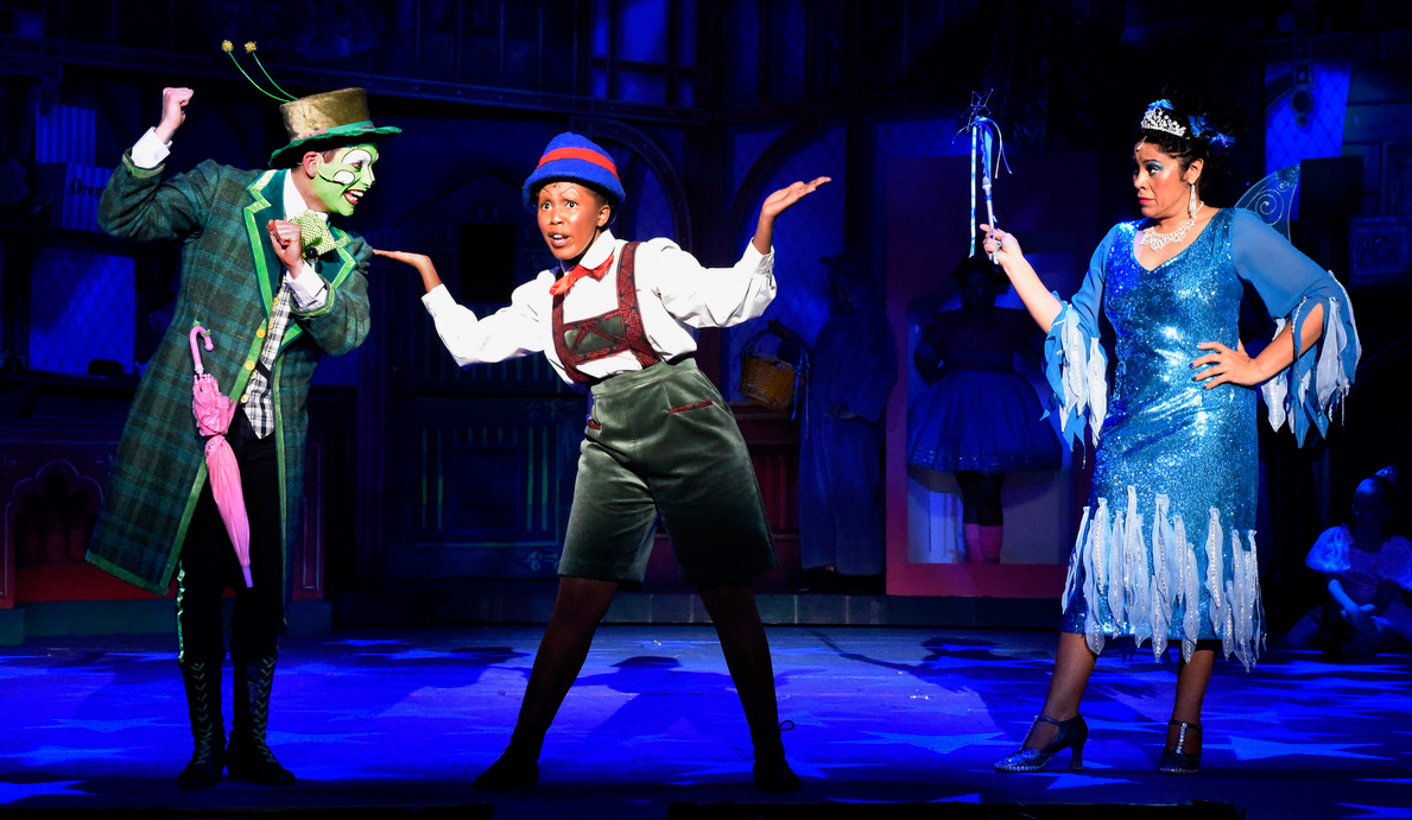 Pinocchio delivers wave upon wave of dazzling costumes and dizzying movements, but very little sense of coherence. By LESLEY STONES.

For the last few years I’ve always seen Joburg’s annual pantomime on opening night, with a full audience crackling with eager anticipation for another over-the-top spectacular.

This year I saw Pinocchio on a Friday evening with the audience about half full, and not much vibe to buoy the show along. Still, once the curtain parts you expect to be drawn into a fantasy land of fairies and fluff that keeps the kids enthralled and entertains the adults with clever wit.

Pinocchio delivers wave upon wave of dazzling costumes and dizzying movements, but very little sense of coherence. There’s so much going on that nothing lasts for long before one gorgeous scene is swept away by another in a confusion as to what the plot is all about.

Writer and director Janice Honeyman first staged Pinocchio in 2009, and it became the most successful in her 30-year history of pantomimes, prompting this update and restaging.

The story is based on the 1883 children’s novel The Adventures of Pinocchio by Italian writer Carlo Collodi, about the carpenter Geppetto longing for a son and carving one out of wood. Pinocchio the puppet longs to become a real boy, but must prove himself worthy through his kind behaviour. Instead, he often lies and his nose grows longer every time.

In this production only a brief moment is dedicated to Pinocchio’s expanding nose, so the moral of the story about the bad consequences of not being good has been wiped away. Obviously you want the central character to be a loveable little rogue rather than an obnoxious brat, but the result is a feast of spectacle over substance.

Pinocchio’s adventures lead us from a village into a forest, on a train to Candyland, out to sea, into a whale’s belly, and onto a boat full of donkeys, for reasons that entirely escaped me. “Where have we ended up now?” one of the characters asks, and I’m wondering the same.

The large cast keeps the energy up throughout, and everybody plays their part with joyful exuberance.

Kanyi Nokwe as Pinocchio is brilliant, with a permanent expression of wonder and the staccato movements that perfectly portray the puppet’s wooden joints. Tobie Cronjé as the slightly dotty and deaf carpenter is as likeable and professional as ever.

The baddies don’t exhibit enough evil to rouse many boos from the audience, with the fox (Andre Schwartz) and Pussy Galore the cat (Chiedza Mhende) playing vamps rather than villains.

Visually it’s an elaborate treat of glorious scenery and ever-more elaborate costumes. There’s tons of eye candy and the choreography by Nicol Sheraton is great, with the large cast filling all the space with lively dance routines.

The effective lighting and presence of a five-piece band also enhance the show. The songs this year had less impact than in previous years, however, with short snippets of many tunes but few lasting longer than a moment or two.

The make-up is also excellent, with the green face of Mark Tatham as Jiminy Cricket particularly effective. Tatham and Ilse Klink as the Blue Fairy both speak with American southern drawl accents, which feels needlessly out of place for a play set in Italy.

There are a few political quips and a smattering of innuendo, but the script isn’t a strong point, with a length and complexity that’s puzzling for the kids.

In the end, there’s too much that’s too fleeting, and the vast amount of effort by the cast and production crew isn’t matched by the overall result. DM

Pinocchio runs at the Joburg Theatre until 30 December.