ANC Leadership Race: Fighting for party’s long-term viability might not be Zuma’s goal 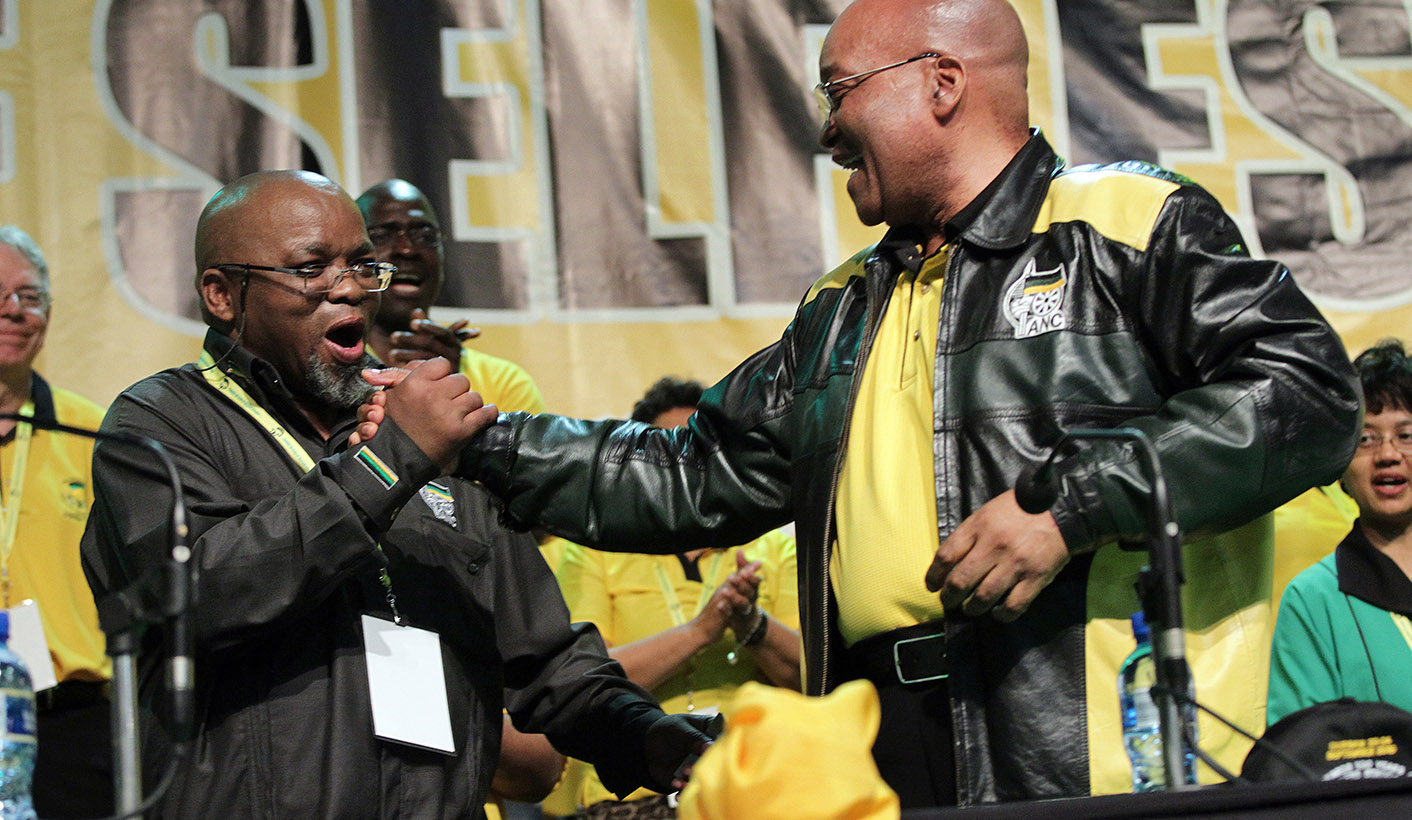 South Africa is living through a series of political shocks that are changing some of the fundamentals of our politics. But despite all of these tremors, many have taken succour from the fact that the ANC’s conference is drawing near, and much of the current political tension should then, in theory, be released. However, there are now questions around whether the conference will occur at all, and whether it will reach a clear outcome where one person is elected as leader, and with a clear mandate. As developments become less predictable, so it may be prudent to prepare for a situation in which the tension is not actually released, but that the ANC’s conference ends in a disputed outcome, or does not happen at all. By STEPHEN GROOTES.

Monday lunchtime radio news bulletins said it all. President Jacob Zuma had finally released the Heher Report on Higher Education (and in the process revealing the lie – he had claimed it could only be released after being “processed”, but now we know it is still “being processed”), Michael Sachs had resigned as the Head of the Budget Office at the National Treasury, leading the rand to lose a significant chunk of its value, and the ANC had been forced into issuing a statement denying reports that its national executive committee was discussing the possibility of removing Gwede Mantashe from office (although how people believed that a person elected by a conference could be removed by a committee is another story). It was more proof, if any was needed, that the current political symphony is reaching a crescendo.

Meanwhile, on the ground, reports came that many ANC branches have not yet held the meetings they need to have for the nominations process to be completed. If they do not meet, this could have dire implications for whether the ANC’s conference could actually go ahead. Bear in mind that the loser of this conference is likely to go to court to challenge the outcome, and any procedural irregularity that occurs now would bolster their case. Coupled with a strong belief in some quarters that Cyril Ramaphosa is in the lead, and that Zuma “has to” win, then it is not surprising that the conclusion is that the conference will be disrupted, or unable to sit at all.

While it is difficult to make predictions in this political environment with much authority, it is surely safe to say these two things. First, as Professor Anthony Butler and others have said, if the ANC is unable to hold an elective conference now, it will never be able to hold one. And second, if it does not have a proper conference at which a leader perceived to have legitimacy is elected, it surely will diminish its chance of winning the 2019 elections.

Coupled to this is the strong desire of those who want to take over from Zuma to hold this conference. That means people like Ramaphosa and Zweli Mkhize will try very hard indeed to make sure the conference does happen. Allied with them will be Mantashe, along with all of those who stand to gain from a Ramaphosa victory. These would be a coalition both of those who believe they have a moral duty to clean up the party, and those who want simply to remain in power. Interestingly, this group could come to include the leader of the ANC in Mpumalanga, David Mabuza. He is currently seen as the possible kingmaker in the party, and appeared to be holding out for the position of deputy president on someone’s slate. But, if he believes it is a certainty that the ANC would split in the wake of a victory by Nkosazana Dlamini Zuma, Mabuza may have no option but to back Ramaphosa in the end. Of course, this is by no means certain, and plenty could happen that would move him squarely into the Zuma/Dlamini Zuma camp.

Then there may be pressure from branches. It is probably close to impossible to know what would happen in ANC branches should there be no conference. But surely many people would leave the party, the entire system that underpins the current leadership structure would simply fall apart. The foundation of the party could cease to exist in just a few months.

As apocalyptic as that sounds, imagine the scenario. If the ANC doesn’t have a conference in December the mandate of its current leadership runs out. There is no “mother body” to enforce order. There would be nothing to enforce the authority of provincial structures, and any regional leadership could stand up to them in turn, and so on. In the end, there would simply be no structure, and thus, perhaps, no party. It would be every bit as bad as Blade Nzimande’s warning last year, when he said “how do we know that it won’t be a wholesale implosion next time?”.

That, of course, is before voters have their say. And it would be tough to explain why a party that cannot govern itself should be given another chance to govern the country.

Still, if that is the argument for why the conference will happen, there are also strong arguments as to why it will not.

Zuma could try to use the organs of state to simply stop it. None of those options are risk-freel they could all backfire spectacularly and could turn millions against him.

However, it could still be easier for Zuma to create a situation in the ANC that prevents the conference from happening. He could use the levers of power at his disposal and, through the provincial leaders who support him, ask the branches that have not yet met to simply fail to meet. That alone would make it hard for any conference to have legitimacy. There are, as always, other options too. A large group of delegates could be asked to disrupt the conference itself constantly, to make it impossible for any business to be conducted, or somehow, the power to the conference could mysteriously be cut. Many things could happen in ways that no one can prove are actually linked to anyone who would gain politically.

But there is another problem for Zuma here too. He may be able to control a conference, or disrupt it. And if that were to happen, he would be strengthened in the short term. However, even he would find it difficult to stop Parliament from convening. Or to prevent those MPs he believes would oppose him to get to the National Assembly. And in the end, the risk he runs with disrupting the conference, or “arranging” a disputed outcome, is that ANC MPs could still vote with the opposition to remove him from office. And that road probably leads to early elections, and the end of the ANC’s time in power.

It is worth repeating: the future cannot be predicted with any great accuracy. All that can be said is that the stakes are high, and some of the players may be desperate, making anything possible. DM