Op-Ed: Mauritania still tops the slavery charts despite banning the practice 10 years ago 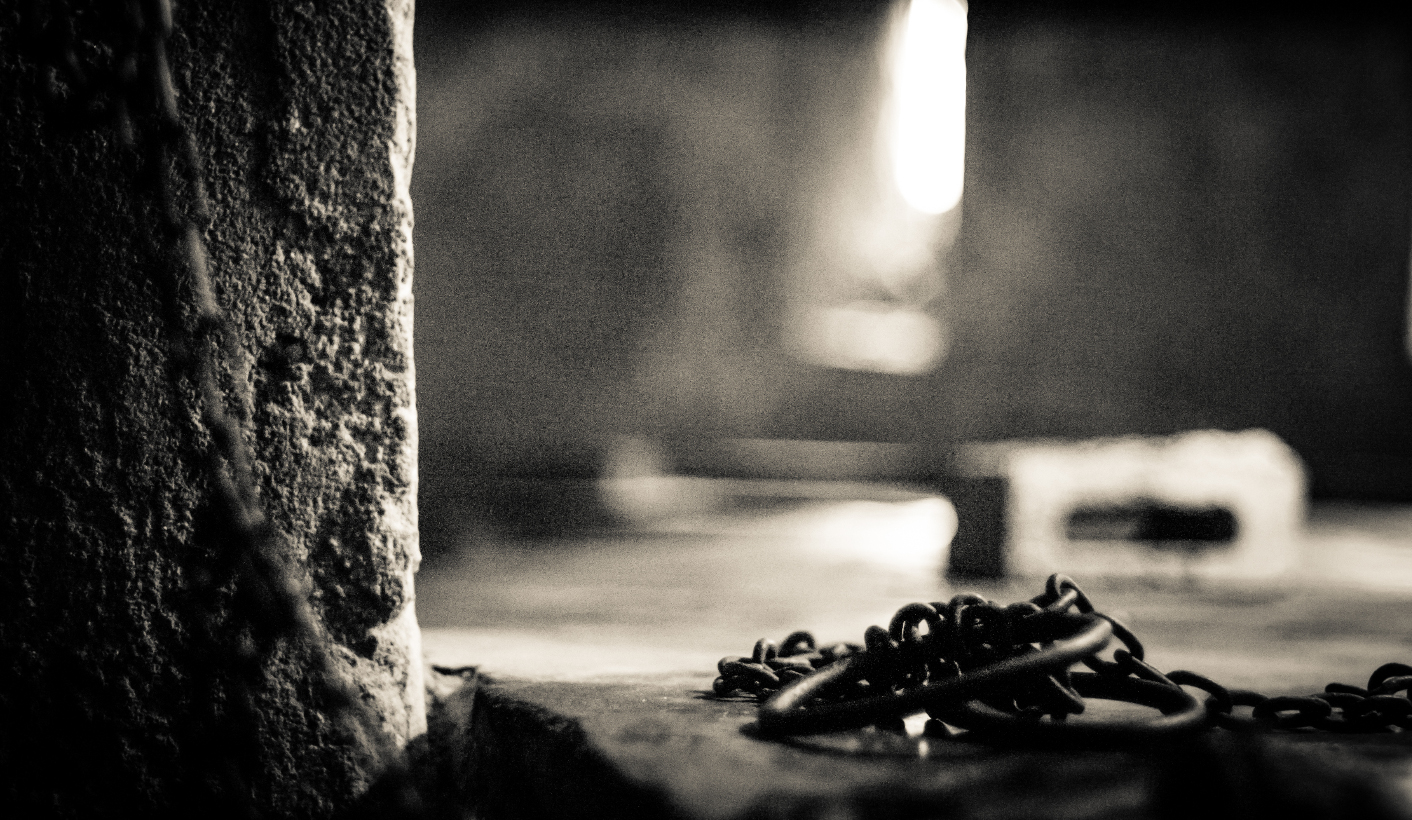 There's not much news out of Mauritania and the government likes it that way. But things are about to change in one of the last bastions of modern slavery, and where even the free risk jail or exile for speaking out. By GEOFF HILL.

On the ranking for free speech and human rights, even GDP, it’s nice to be near the top.

But there’s one where South Africa’s low score is good, especially given our history. The Global Slavery Index, published once a year puts South Africa in the bottom third, largely free of slaves.

Lesotho, DRC, Namibia don’t do as well, but one has to be careful because the term has morphed to include sweat-shops in Vietnam, or workers who are so dependent on free food or housing, they find it hard to move on.

Not so Mauritania in West Africa, always top of the slavery chart and where the practice is closer to the classic version we read in books like Uncle Tom’s Cabin: human beings bequeathed from one generation of owners to the next, or presented as gifts at a wedding.

Scholars say it dates back to raids in the 14th century, possibly earlier, when Arabs came south looking for gold and slaves. Eventually, some of the newcomers stayed, colonising huge areas of desert. Today’s captives are mostly from dark-skinned descendants of the original black tribes, the largest of which are now known as the Haratin.

In 1981, Mauritania became the last country in the world to ban slavery, criminalising it just 10 years ago. Not only has little changed, but when an opposition leader protested a slave master being let off by the courts, he was arrested.

Abolition is harder because, according to the government in Nouakchott, the problem doesn’t exist, and claims to the contrary are lies, anti-Islamic or a Jewish conspiracy. UN reports along with every anti-slavery NGO in the world confirm bondage of the Haratin and others regarded as low-caste.

But Mauritania has also been staunch in its fight against extremists and was among the first to sever ties with Qatar over allegations the Arab state had gone soft on radicals.

This is where Isis, al-Qaeda and Boko Haram intersect and, earlier this year, France led formation of the so-called G5 military alliance, made up of five former colonies:Mali, Niger, Chad, Burkina Faso and Mauritania.

The idea is to have a single command base, co-ordinating the fight and making it easier to mount cross-border raids.

Paris puts the first-year budget for the G5 at half-a-billion dollars.

Britain and the US are already spending bilaterally across the region, country by country rather than as a bloc, Paris doesn’t want to foot the bill alone and no one wants to talk about slavery or repression, the Haratin or abysmal levels of literacy and health care … in case Mauritania walks out.

It is the largest of the G5 states that, collectively, cover an area eight times the size of France.

Mauritania is also the only one with a coastline, the rest being landlocked. Lucky, because if it wasn’t so useful to the cause, there are many reasons to shun a regime in the dregs on just about every human-rights index.

President Mohamed Aziz took power in a coup in 2008, deposing a democratic government had had only been elected that year following an earlier coup in 2005.

The African Union took a tough stand, imposing travel bans on Aziz until he held an election 11 months later which he won by a narrow margin.

Critics say he immediately cracked down on the press and opposition. The country’s GDP has fallen by around 20% and stands at just $4.6-billion, one of the lowest for an oil nation and little more than Swaziland.

Amnesty International issues regular dossiers on torture and abuse by the police and armed forces, and human rights groups say democratic space has narrowed. Homosexuality and conversion from Islam to any other religion carry the death penalty.

And Aziz has not ended slavery.

At his second election in 2015, he took 82% of the vote, and observers raised concerns on the credibility and fairness of the poll.

When earlier this year the Mauritanian senate refused to grant him wider powers, he abolished the upper house and made it easier to change the constitution. A referendum endorsed the move and some of those who protested are in jail awaiting trial.

Leading the revolt was former senator Mohamed Ould Ghadda who was arrested on 10 September and is still in custody with 12 of his supporters. Last week (1 November) they rejected any kind of bail, and Ghadda challenged the state to either release him and bring a credible charge.

Opposition parties – united under the Forum for Unity and Democracy or FNDU – have condemned the arrests. In a statement at the end of October, they said the “crackdown on senators, union members, journalists and business” was an effort by Aziz to “kidnap the country”.

They won over UN secretary general, António Guterres, who urged the Security Council to back the plan, with cash. “Only predictable and sustainable funding and support will enable the Joint Force to contribute to the lasting stabilization of the Sahel,” he said.

No mention of human rights in Mauritania.

But there is a voice supporting change. Like the president, Mohamed Bouamatou, 64, started out with little. While Aziz joined the army, he went into business, founding the country’s first bank followed by an insurance firm, cement factory, airline and a cellphone network.

Initially a supporter of Aziz, he spoke out on declining human rights and was driven into exile. Since 2010, Bouamatou has lived in neighbouring Morocco from where he funds opposition groups and a campaign for democracy.

The government claims he is in Morocco to avoid income tax but, to date, has only come up with a bill for $12-million, small given they rate his corporate wealth in the billions.

Whatever the truth, Bouamatou has paid a heavy price for opposing the regime. The state has called on depositors to withdraw their money from his bank, and staff across all his companies have been harassed, even at a free eye clinic he funds in the country.

The latest accusation is that he financed the protest by former senators.

But 2018 could prove difficult for Aziz. Visas are rarely granted to journalists, especially if they plan to write about slavery or human rights. However, in July, Nouakchott hosts the annual summit of the African Union where Rwandan Paul Kagame will take over from current chair Alpha Condé of Guinea.

As usual, the meeting will draw a large contingent of press, and if reporters are harassed or banned from speaking with slaves or NGOs, that could become the lead story.

Aziz has also begun a process of joining the Economic Community of West African States or Ecowas.

Unlike SADC which has been largely silent on abuse in Zimbabwe, Ecowas is vocal on good government. Last year, when Gambian strongman Yahya Jammeh refused to step down after losing an election, they assembled a force of more than 4000 troops and threatened to remove him. Jammeh fled the country.

Aziz is already putting out feelers about changing the constitution so he can stand for a third term in 2019.

In Washington, Michael Rubin of the American Enterprise Institute has a chilling view. Writing in Commentary Magazine, he said: “In short, Mauritania is now pre-9/11 Afghanistan. The next devastating attack on Europe or the United States might just as easily be planned in this West African country as in Afghanistan, Pakistan, or Yemen.”

In June the US had 645 troops in the region. Since then number has jumped to 800 with more to come.

In the Mauritania they will interact with the military elite, some of whom could own slaves. Exposed, that would play badly at home for both the Pentagon and the White House.

In fairness, France did little in colonial days to free the slaves, and since independence in 1960, criticism has been largely absent from the West, the developing world, China and Russia. None of the clash and controversy that defines relations with Israel, Cuba or Zimbabwe.

President Aziz has proved himself a wily player and it would be wrong to count him out, but the war on terror, Ecowas and next year’s AU summit are about to bring new focus to him and his country.

That will be good news for democracy, and for the slaves of Mauritania. DM