Op-Ed: Democracy continues to evade the people of the D...

Op-Ed: Democracy continues to evade the people of the Democratic Republic of Congo 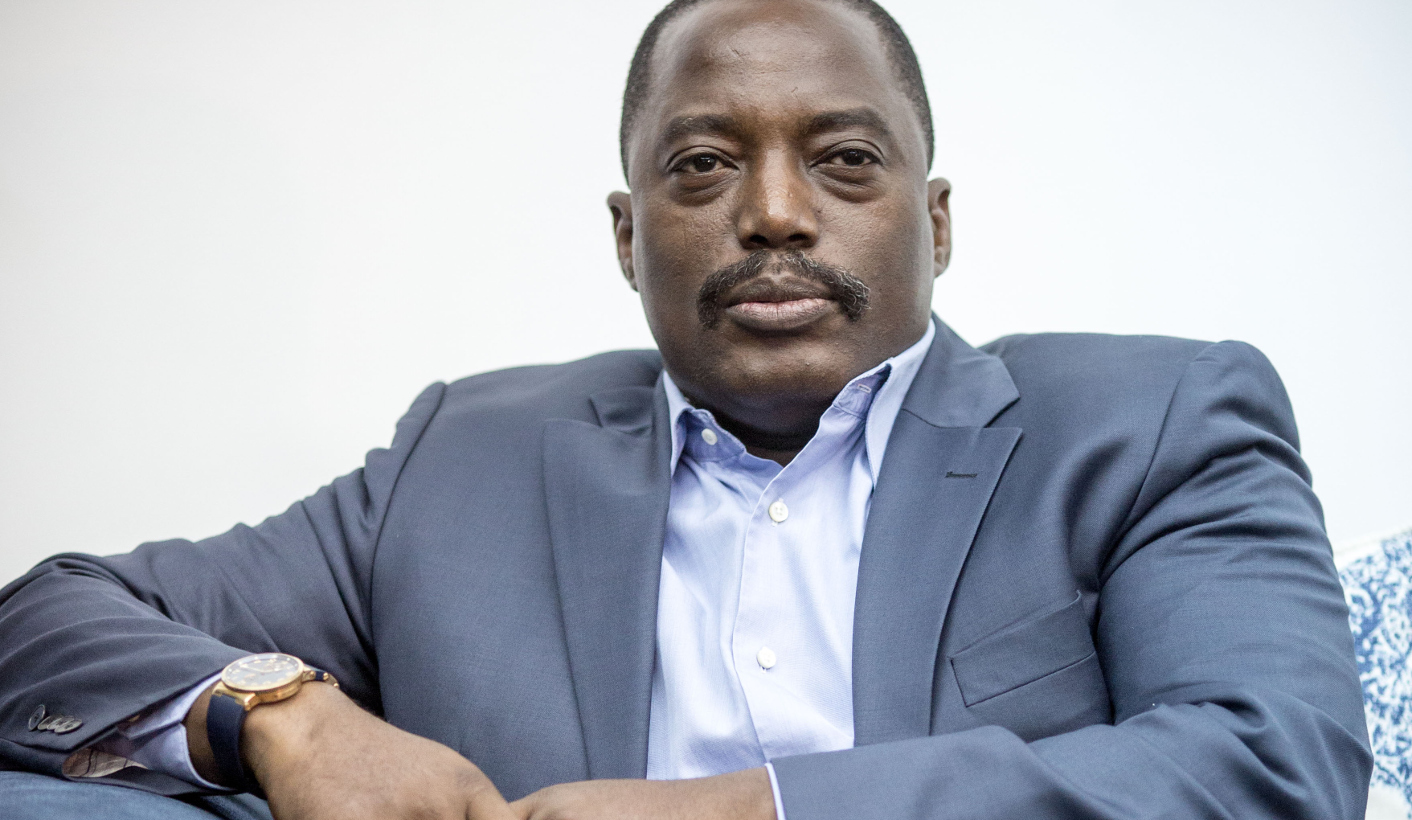 The DRC’s Joseph Kabila and other African leaders, including South Africa’s Jacob Zuma, propagate strategic partnerships to serve their own interests. It’s time to do (or redo) the Independence Cha Cha. By KATE JANSE VAN RENSBURG.

Listening to Congolese musician Baloji’s Independence Cha-Cha is a strange paradox as he remembers the blaze of hope spawned out of the 1960s independence and decolonisation movements in the Democratic Republic of the Congo (DRC). Baloji critically comments on the way in which the vote was a limited conception of what freedom meant, singing the lyrics in these English subtitles of the originally Lingala and French song:

Watch and listen to Baloji’s reworking of what has been dubbed the “mother of all independence songs”:

In his last letter before his assassination, Patrice Lumumba, the first democratically elected prime minister of an independent Congo, providentially noted,

“We are not alone. Africa, Asia and the free liberated people from all corners of the world will always be found at the side of the millions of Congolese who will not abandon the struggle until the day when there are no longer any colonialists and their mercenaries in our country.”

Patrice Lumumba’s letter to his partner Pauline exists in tandem with the original Independence Cha Cha, originally produced by Joseph Athanase Tshamala Kabasele, a musician from the band L’African Jazz, who was popularly known by his stage name of Le Grand Kallé. This song was initially intended as a celebration of independence.

Irony lies in Baloji’s transformation of Kabasele’s 1960s Rumba hit because the historical memory of the song no longer sings along to its intended tune of hope.

December 2016 saw a denial of elections in the Democratic Republic of Congo (DRC) while this year alone over 6,000 Congolese people have fled to Zambia. Moments such as these along with many more clearly demonstrate how Congolese people continue to live in an oppressive state. These facts become all-too-eerie in relation to the continued rhetoric and performance of democratic politics. At the United Nations General Assembly in September, president Joseph Kabila said, “We can affirm that we are most certainly moving towards credible, transparent and peaceful elections.”

What does it mean for Kabila to make these statements while firmly clutching onto his reign of terror, “speaking” through a brutal language of repression. Along with this statement, the DRC was recently elected into the United Nations Human Rights Council. Riddled in hypocrisy, the council has condemned Kabila’s brazen human rights violations, yet many member states voted in favour of the country being elected into the international human rights body.

Since 1996, there has been virtually no accountability at any level for any of the major perpetrators (national, continental or international) for the death of more than six million Congolese people. Continued violence in the forms of rape, murder and displacement are part of the precarious lives of ordinary Congolese people. In this context, international organisations seem to be a platform for performative politics. What is more, this seems to be a front for the systematic plunder of the Congo by corporate interests and their allies. The UN Secretary General, Antonio Gutterres, put it best in an interview with the Financial Times in 2008 when he called on us to remember that “the international community has systematically looted DRC and we should not forget that”.

As Mélanie Gouby pointed out, “Zuma and Kabila’s friendship guides foreign policy at expense of democracy.”

Jacob Zuma and Joseph Kabila have opened a web of personal private business ventures that are deeply spun into the DRC’s electoral crisis. The deaths of African people in the DRC reek of the imperial pursuit for profit. South Africa, Burundi, Egypt, Togo, Algeria, Tunisia and Venezuela have gone so far as to block an independent international investigation into 80 mass graves in the Kasai region. And according to the UN, nearly three million children are at risk of starvation as a result of the politically induced conflict in the Kasai.

According to Kambale Musavuli, Friends of the Congo spokesperson, “The current crisis in Congo is really around the president not respecting the constitution.”

Article 64 of the DRC’s Constitution says: “Congolese have the duty to oppose any individual or group of individuals who seize power by force or who exercise it in violation of the provisions of this constitution. Any attempt to overthrow the constitutional regime constitutes an offence against the nation and the state, an offence which is not subject to the statute of limitations. It is punished in accordance with the law.”

Yet this is exactly what Joseph Kabila is doing: He has seized power by force. This act by Kabila is a brazen violation of the constitution and a complete disregard of the law and the people.

Congolese people have consistently defended their constitution through mass resistance against Kabila’s reign of terror yet they have been met with brutal repression. Due to state censorship and active Congolese security forces in Kinshasa, mass resistance is not always publicised or visible to the international community. It often goes undocumented with only big protests making international headlines.

During the bilateral talks between the DRC and South Africa in Pretoria earlier this year, Jacob Zuma assured Joseph Kabila of his “continued support and solidarity”. Cronyism is clearly dominating international relations at the expense of democracy. Zuma and Kabila are acting for themselves, against the will of the people who through mass resistance have clearly made themselves heard. Zuma has enforced this by not only supporting Kabila but also supporting leaders who support Kabila. For example, Zuma welcomed Omar al-Bashir of Sudan into South Africa, despite an international uproar over his presence.

Africa is replete with leaders such as Kabila, Zuma and al-Bashir who propagate strategic partnerships to serve their corporate interests, completely indifferent to the lives of ordinary civilians.

This leadership problem is not isolated to Africa – as much can be said about Donald Trump in the United States, Michel Temer in Brazil, Narendra Modi in India or Theresa May’s conservative Brexit-infused vision for the United Kingdom.

As long as the relationship between heads of state, the executive administration and corporate interests internationally remain healthy and intact, justice will waste away, decomposing in a dustbin of conscious ignorance.

As implied by Baloji in the new and transformed Independence Cha Cha, local and international efforts demanding free and fair elections have not meant an end to Joseph Kabila’s reign of terror.

However, as we move towards a 31 December showdown (the date the opposition has given to Kabila to step down so a transition can be implemented to lead towards elections), ensuring that Kabila steps down would be a recognition of historical and currently occurring mass resistance. It would also mean an opening for an opportunity to struggle for social and economic justice and defend the rights and dignity of the Congolese people by the Congolese people. Additionally, this stands as a continuous and consistent practice of international solidarity as providentially noted in the aforementioned last letter Patrice Lumumba wrote before he was assassinated. DM

Kate Janse van Rensburg is a Masters History student at the University currently known as Rhodes. She is associated with the Movement for Socialism in Numsa and the Numsa Research and Policy Unit.

Photo: Joseph Kabila, President of the Democratic Republic of the Congo, during a meeting with German Foreign Minister Frank-Walter Steinmeier (not pictured), in Kinshasa, 19 February 2015. Photo: EPA/MICHAEL KAPPELER