Op-Ed: The Russian Revolution – The birth of worker control 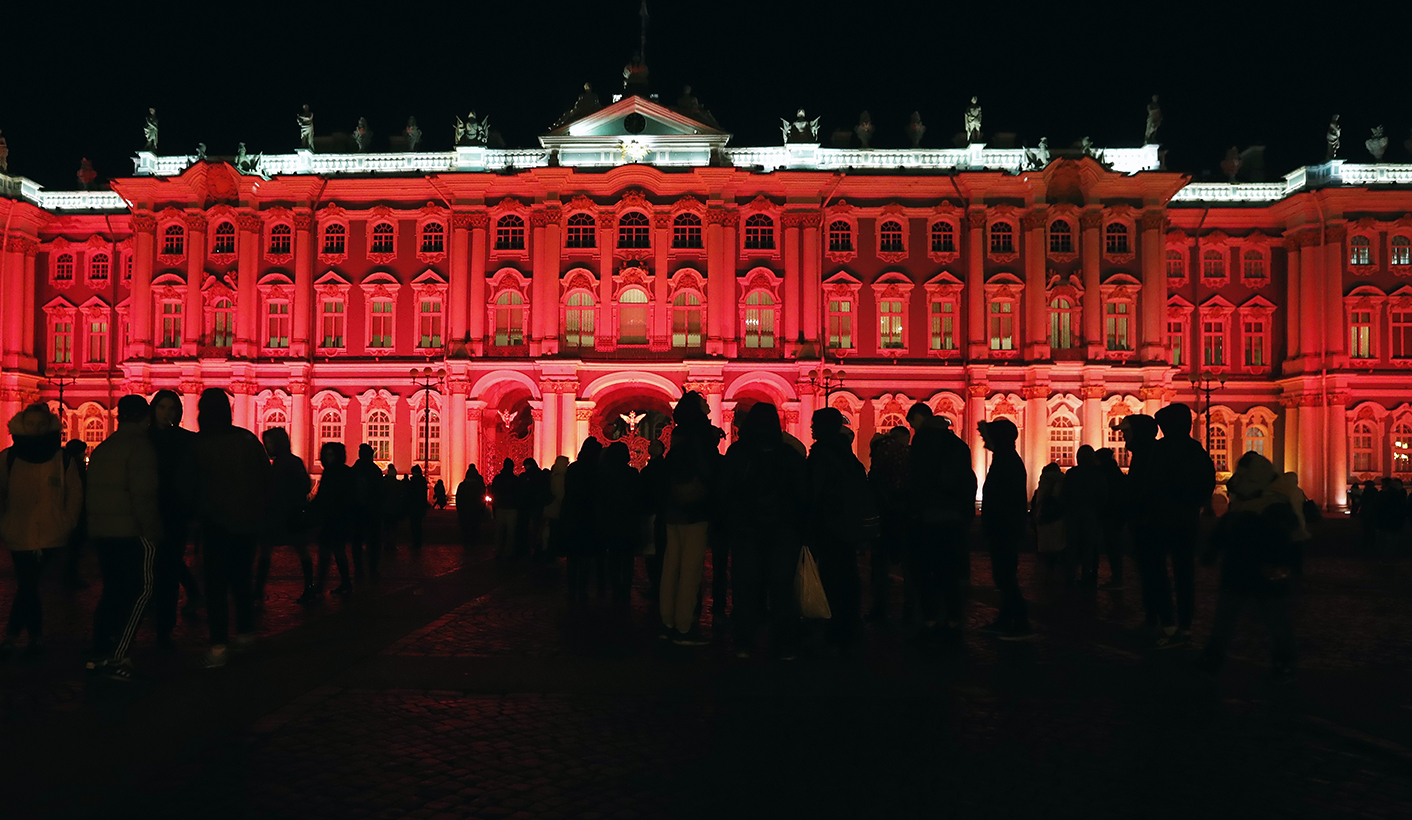 The October 1917 Revolution proved that a new civilisation based on genuine human equality is not only desirable, but possible. By PHAKAMILE HLUBI.

‘Freedom in capitalist society always remains about the same as it was in ancient Greek republics: Freedom for slave owners’ – Vladimir Lenin

One hundred years ago on 24 October 1917 (November in today’s calendar), the peasants, working class and disaffected soldiers in Russia overthrew the centuries-old system of Tsarist rule. Up until then, the Russia of the Tsars was one of history’s most terrible dictatorships. The vast majority of Russians laboured under severe oppression, and were subject to the iron rule of the regime and the nobility.

Industrialisation created a new class of worker in Russia who lived in abject misery and poverty. Workers had no political rights and no means of gaining even minor reforms. Work hours were long, wages were poor and unemployment was high. The state was bankrupted by the excessive extravagance of the Tsar, expensive wars, and the burden of an impotent bureaucracy. The privileged classes of the clergy and nobility were exempt from taxes, while the poor, peasantry and working class were over-burdened with taxes. Russia’s defeat in the 1905 war against Japan exacerbated the discontentment of the people.

On the morning of the 22 January 1905, on the back of strikes and war time strife, crowds began to gather on the bitterly cold morning at different points of St. Petersburg. Led by the charismatic priest Georgy Apollonovich Gapon, over 3,000 workers both women, men and their children peacefully marched their way over the frozen landscape to the Winter Palace to implore the Tsar to help alleviate their hardships. The Tsarist regime responded with violence and by the end of the day over 300 peaceful protesters had been killed. Bloody Sunday, as the massacre came to be known, laid the foundation for the events that took place 12 years later that would end the Tsarist regime once and for all.

Despite the institutionalisation of the Duma (a legislative body in the ruling assembly of Russia) and the limitation of the Tsarist power after the events of Bloody Sunday in 1905, the life of ordinary Russians did not improve. In 1917, fed up with the impact of the World War l, which caused major food shortages in the country, female textile workers in Saint Petersburg went on strike in March — International Working Women’s Day. They were joined by soldiers and members of the peasantry. A few days later,Tsar Nicholas abdicated the throne ending centuries of Russian Romanov rule and the Tsarist system was permanently overthrown. The Duma formed a provisional government on March 12.

Although workers and peasants were driving the revolution, the revolutionary moment of March was quickly captured by the Mensheviks who began to push for a much more liberal programme. The power of the Bolsheviks, (who were led by Vladimir Lenin), was sidelined. Lenin was forced into exile, where he mobilised the Bolsheviks from Finland, urging them mobilise workers and insist on the power of the soviets and the council of deputies. They moved quickly and won majorities in the councils (Soviets) which sprung up in factories and workplaces everywhere. Under the simple slogan of bread, peace and land, Lenin was able to dramatically turn the tide of power.

The soviets, who sprung up in factories and workplaces everywhere, became a key sight of the power struggle. Unions mushroomed in previously unorganised industries. The soviets supervised production and became very powerful forces in the workplace. Initially the role of these committees was to monitor the bosses and to prevent them from hoarding goods or sabotaging the factory. Eventually they were responsible for the hiring and firing of workers; they secured materials, controlled production, and eventually the distribution of goods. In some larger workplaces, the committees took on demands for child care and food among workers. Amy Muldoon explains how workers organised themselves during the revolution:

“If employers were sabotaging the economy, the workers’ soviets were the means to decide democratically how to make and distribute what was needed. In the army, soldiers elected committees to impose their demands on officers. And peasants rioted, looted and occupied land — often under the influence of soldier family members who had had some experience of direct action in the army.

On 6 and 7 October 1917 revolutionaries led by Lenin launched their armed insurrection against the Duma. The Bolsheviks and their allies occupied government buildings and other strategic locations in Petrograd, and soon a new government was formed.

This revolution resulted in an upheaval of the social fabric of Russian society. After the October Revolution, no one could deny the remarkable strength and unity of the peasants and the working class. For the first time in human history, political power and the state were transferred to the working class majority; the dictatorship of the bourgeois state was replaced by a democracy of a of a workers state.

The Declaration of the Rights of the People of Russia which was published on November 1917 reflects the spirit of that victory:

The basic principle driving the revolution was that human society, and not just Russia, should get rid of the dictatorship of the capitalist class and the division of society into different, mutually hostile classes. Only then can genuine social and economic equality, and therefore democracy, be achieved. The existence of mutually hostile classes which originated in the division of labour, and the division of labour as it existed under capitalism, should be abolished. Thus society would march towards a classless society, a truly free and democratic society, a Communist society. For the first time peasants and workers who had been suffering at the hands of the elite and nobility, now had equal status. Women suddenly had the same rights as men. All class privileges and rank were abolished.

In many ways the conditions facing the Russian worker in 1917 are eerily similar to conditions facing workers in modern-day South Africa. The negotiated settlement left our society unchanged: the racist colonial capitalist foundations of our economy and society remain intact. The theft of land was legalised through a bourgeoisie constitution, and the dominance of White Monopoly Capital in the economy was left unchanged and unchallenged. The cultural dominance of white people was also entrenched. This has created one of the most unequal societies in the world. Poverty levels have risen to alarming levels where more than half the population lives in abject poverty. More than a quarter of the population is unemployed, and the dignity of the majority of Africans is violated every day by poverty, unemployment and extreme inequalities. The majority of the working class is denied quality education and the only health care system available to them is an inferior and public health care system, which is more likely to maim or kill than heal you. The human personality of millions of Africans, the majority of South Africans, lies oppressed under the yolk of white supremacist domination.

Leon Trotsky a key leader and theorist of the October Revolution observed:

The significance of the Russian Revolution is that it created a just and democratic society where the will of the majority was imposed upon society from below. It resulted in genuine revolutionary transformation in all aspects human life. It sowed the seeds for the possibility of emancipation of the whole of humanity from the dictatorship and tyranny of the world capitalist class. It heralded the possibility of the revolutionary unity of the world working class. Above all, it demonstrated what can be achieved when the poorest layers of peasants and workers are united in revolutionary action against their oppressors and exploiters.

The October 1917 Revolution proved that a new civilisation based on genuine human equality is not only desirable, but is possible. This is precisely what South African workers and their families deserve. DM

Phakamile Hlubi is Numsa’s National Spokesperson (Acting). This is part of the 100-year anniversary of the Russian Revolution which is being hosted by the Numsa Research and Policy Institute, 5 to 10 November, 2017.