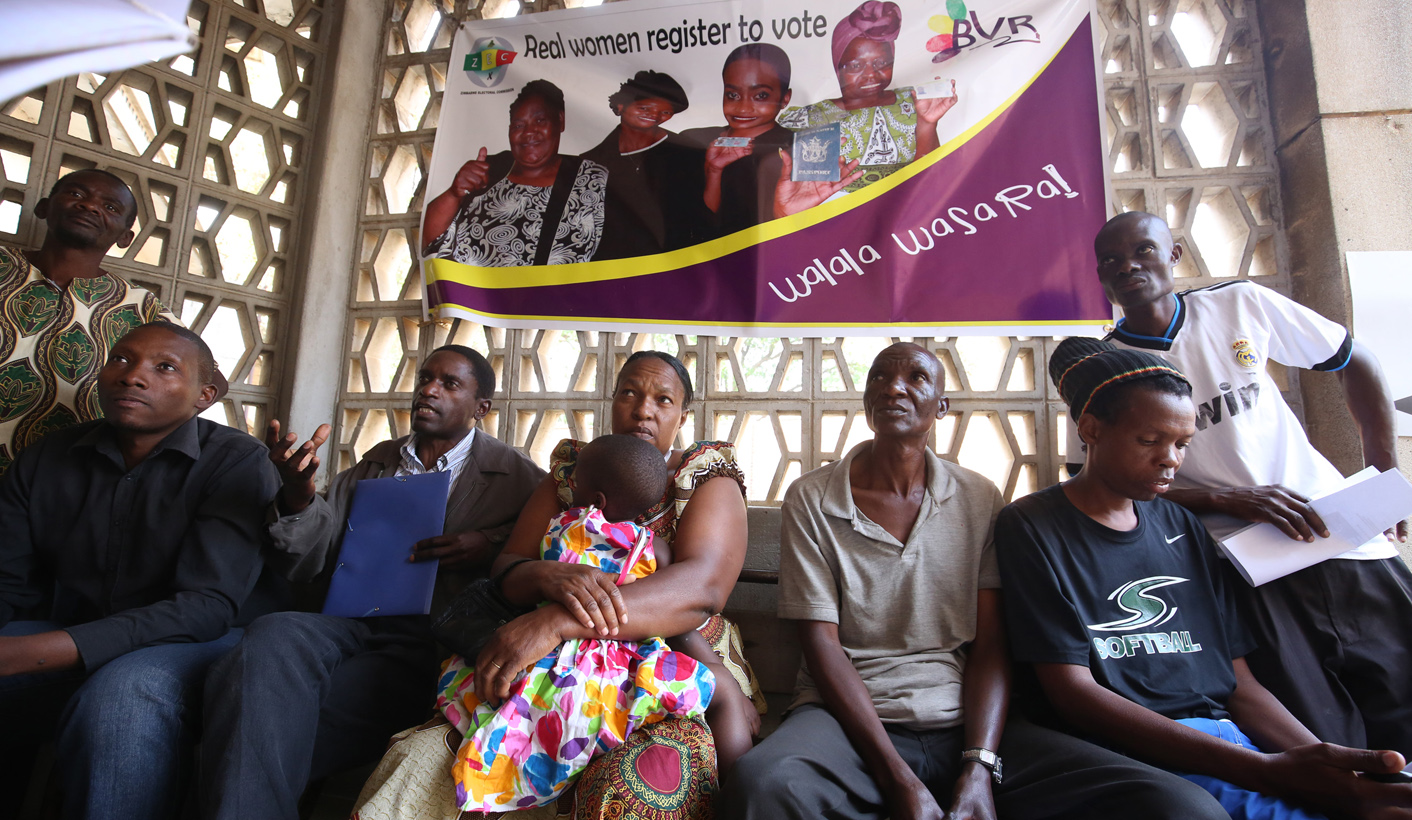 Previous elections in Zimbabwe have been marred by violence, intimidation, harassment, torture and sometimes death. Next year’s election appears to be no different, as cases of intimidation have already been recorded during the registration process. By SALLY NYAKANYANGA.

Voter registration in Zimbabwe ahead of next year’s poll is off to a slow start.

The Zimbabwe Peace Project, a human rights and peace-building initiative in the country, has cited apathy among citizens as being among the reasons why only 10% of the seven million targeted voters having registered to vote so far.

Taurai Chisvo, 28, an entrepreneur, is one such potential voter.

“I have no time and interest in registering to vote. I believe elections will not change my current situation. As an entrepreneur I would want an environment that promotes and supports my business ventures but it is not the case in this country,” Chisvo told Daily Maverick.

“Voting is a futile process that has never changed my plight as I continue to wallow in poverty and have seen no progress as the economy continues to go down,” he said.

Voter registration kicked off on 18 September following its launch by President Robert Mugabe.

Eligible voters wanting to register are required to provide the Zimbabwe Electoral Commission with proof of residence together with a national identity document or a valid passport in order to be registered, but the Zimbabwe Election Resource Centre (ZESN) argued that this would disenfranchise a lot of eligible voters considering that very few people own property. This is especially true for women and youth, it said.

The Zimbabwe Electoral Commission has allowed community leaders such as village heads or chiefs to certify affidavits for proof of residence in their communities but this has created problems. In some parts of the country community leaders are demanding that villagers pay between a $1 and $5 to have their documents approved, while those affiliated to opposition political parties are allegedly being shunned by the community leaders.

The electoral commission was expected to have a Commissioner of Oaths at voter registration points with affidavits to enable easy access for people wanting to register. But a report released by the resource centre, which is observing the registration process, found that commissioners “were not always available at registration centres”.

ZESN noted that in several rural areas people registering to vote were being intimidated and misinformed as they were being made to believe that their voting choices would be traceable in next year’s election.

“ZESN has received reports of registrants being forced to submit their names and details such as serial numbers of voter registration slips to community chairpersons and other community leaders as a way of intimidating them into believing that their voting choices will be traced in the 2018 election,” it said.

In some places, eligible voters were being turned away from registration centres on the basis of presenting defaced identity documents, for being “aliens”, failing to produce proof of residence and for producing the wrong form of identification such as drivers’ licences.

Blessing Gorejena, the Director of the Zimbabwe Human Rights NGO The Forum, said the reports of intimidation were “worrisome” and called on all political parties to make pronouncements against violence.

“These cases of threats, harassment and intimidation have resulted in some citizens choosing to stay away from the registration process altogether,” Gorejena told Daily Maverick.

The Electoral Act of Zimbabwe criminalises intimidation and harassment that may prevent citizens from registering as voters. The act further requires that the electoral commission ensures that voter education is not misleading or biased in favour of any political party.

Elections are expected to be held by 23 July 2018 while the voter registration exercise is expected to end by January. DM

Photo: Would be voters wait for their turn to register, for the 2018 harmonised elections voter, outside a registration centre in the high density suburb of Mbare, Zimbabwe, 19 September 2017. EPA-EFE/AARON UFUMELI