Book extract: Being blasted by the Mistral during a kayak (mis)adventure 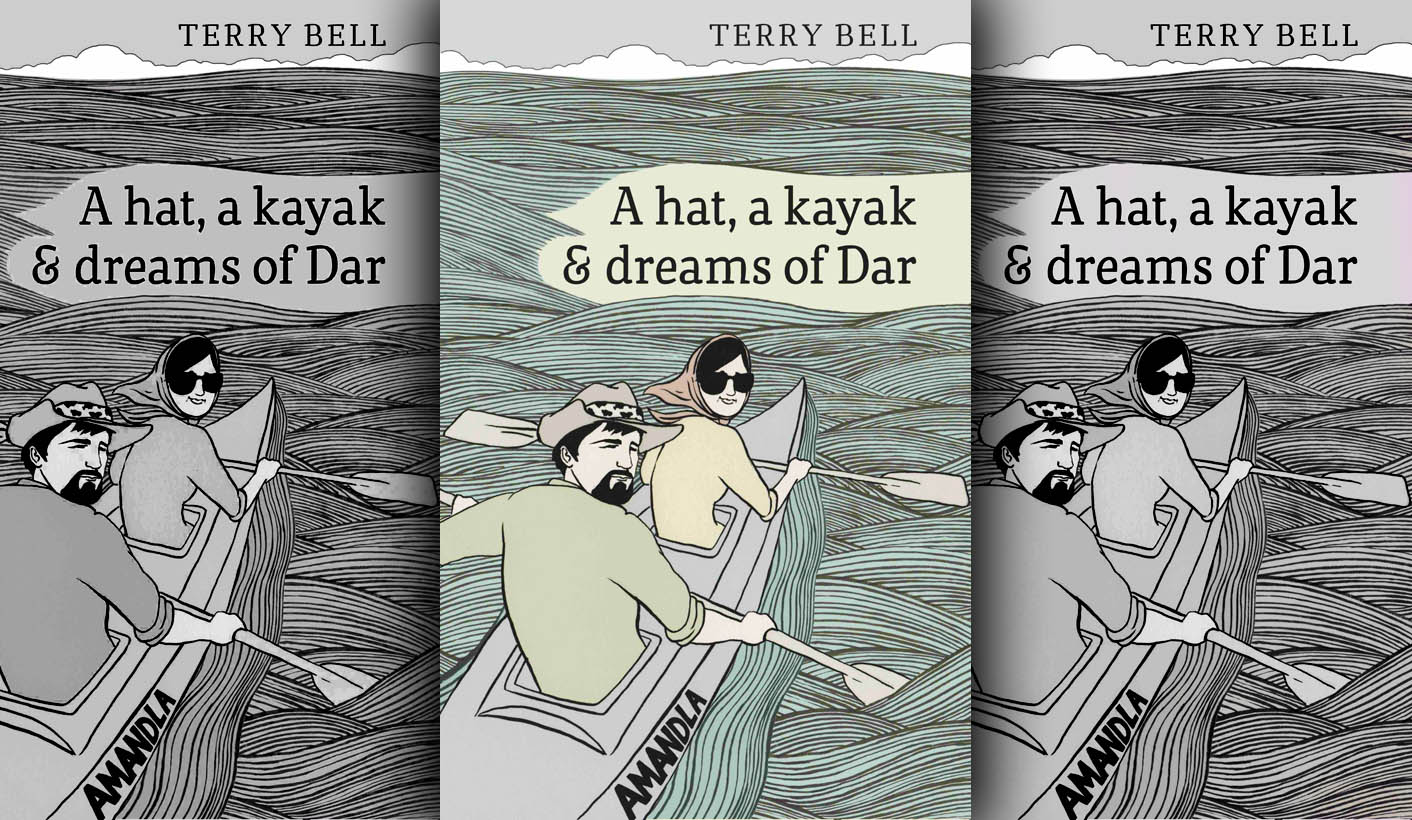 TERRY BELL is a South African journalist and labour commentator. In the mid 1960s, he and and his wife Barbara were political exiles in London. They agreed it was time to get back to Africa. They decided to paddle 11,000 kilometres from England to Dar es Salaam in a five-metre glass fibre kayak. In this extract from their travel memoir, A hat, a kayak and dreams of Dar (Cover 2Cover books), Terry and Barbara have paddled down through the French canals to the seaside town of Agde, in the Languedoc region of Southern France, and are planning how to get across to Spain, by sea – they will “leave from the beach beyond Agde and just cut across the sweep of the Gulf of Lion to Port-la-Nouvelle where the Canal de la Robine empties into the sea”. The chapter is titled: Being blasted by the Mistral.

There was a slightly chilly, light breeze blowing and it was our first venture into the sea since our rather haphazard paddle along the English coast to Dover. But we soon settled into a steady rhythm, paddling about one kilometre offshore across the long sweep of the bay and making what we thought of as good time.

In the first of our hourly paddling breaks, we cut through a large wave and Barbara was drenched by spray.

“I hope salt water is good for the complexion,” she said sarcastically as she wiped down her face.

At midday we paused for our inaugural lunch at sea: a couple of apples, biscuits and some nuts. We ate reclining on our life jackets in the watery sun, gently rocked by the swells. It was still rather chilly, but held out the promise of my “Summer Holiday”-style expectations of the Mediterranean leg of the voyage.

There were no other craft to be seen and, as the afternoon lengthened, there was no harbour in sight. However, we had for some time noticed a long stretch of sandy beach and houses to the north. We assumed this was Narbonne Plage, so we swung Amandla round, estimating that we had covered about forty kilometres. As we neared the beach, we caught a wave that carried us right up onto the sand.

Our guess was correct; this was Narbonne Plage. The beach was perfect, gently sloping up to a short stone wall behind which was a road and a row of large holiday homes. All the shutters were closed. As in Agde, the “real town” must be beyond the beachfront, we thought.

Sheltered by the stone wall, Barbara set up the kitchen while I scoured the area for rocks to hold down the guy ropes and tent pegs in the beach sand. The wind had picked up quite strongly and was very cold. Must be the Mistral, we concluded, not having a clue what that meant.

We were soon to find out.

Barbara had bought bread and pâté in Agde and we ate this as an hors d’oeuvre before her delicious Narbonne Plage curry (The recipe is in the book). The sky had cleared, and was sprinkled with bright stars. Once we had washed the dishes, the worsening wind chill forced us into the tent and our sleeping bags. What seemed like only a few hours later, but must have been in the early morning, we were woken by a noisy flapping on the side of the tent: in the howling wind the pegs holding the flysheet had pulled out of the sand, the rocks I had found not being heavy enough to hold them down.

I crawled out and managed somehow to grab hold of the flapping flysheet and, with a combination of rocks and tied-together guy ropes, stop it from flying away. By the time the sun was rising the wind had picked up even more.

This was the Mistral, howling down the valleys of the Rhône and across the Camargue, battering our tent in a way I had thought impossible. I found and carried rocks. And more rocks.

Despite the slight shelter of the wall, and with every guy rope weighed down with rocks, the wind still seemed likely to rip the tent, rocks and all, off the ground.

We had pitched tents in drizzle and even quite heavy rain, sometimes with the wind blowing. But never in wind like this. Finally, though constantly buffeted, the tent stayed up in one position. We watched, appalled, as the sea retreated, pushed back by this incredible force of nature. The beach grew wider and wider still, with depressions of pooled water soon dried up by the wind.

As we peered dejectedly out of the tent, we began to feel like abandoned extras in a scene from some post-apocalyptic film. There were no people, no animals, no signs of life. Dried vegetation, like the favoured tumbleweed in scenes of ghost towns in Western movies, scooted silently across the deserted road and beach toward the retreating sea. Even the now clear, azure sky seemed ominous as the wind shrieked, with no let-up. No wonder all the houses were shuttered. But where was everybody?

Most of that day was spent securing and re-securing the tent or playing travel Scrabble inside to try to take our minds off the wind. I think we opened a can of beans and finished off the remaining curry for supper that night as we huddled in the tent.

But all that blew over was our shelter. Perhaps the wind subsided slightly during the night, but early the next morning we woke up tangled in the tent.

After extricating ourselves we checked that Amandla, low against the wall and secured by rope and rocks, was still intact. Then we weighted down the canvas tent, flysheet and all, with our sleeping bags inside, intending to pitch it again once the wind dropped. Only it didn’t.

Meanwhile, we staggered around the holiday resort of Narbonne Plage in the gale, finding no signs of life. It was weird, quite frightening.

Finally, feeling miserable, we returned to the beach to look for heavier rocks to hold down the guy ropes, before again struggling to erect the tent. We probably didn’t even eat that night, as the Mistral continued to howl around our now rock-bound shelter.

The next morning we decided that we had to find a living soul. So we staggered along the deserted streets, heads down and hats secured, often having to hold on to one another as we were hit by particularly strong gusts. We chose a different route from the previous day and, as we reached the corner of a street, there was evidence of human habitation at last: a small restaurant, and the door not shuttered.

Through the glass there seemed to be people. Well, at least one person.

Arms linked, we stumbled across the road and opened the door.

We were greeted by a look of utter amazement on the face of the man we had seen, and a gasp from a woman — presumably his wife — standing behind a counter. We must have looked a sight in our bright orange anoraks, with the hoods pulled up over our bush hats and tied down firmly to stop our headgear from flying away.

We introduced ourselves and tried to describe, in our unreliable French, how, having come from London in a kayak, we had ended up in Narbonne Plage.

“C’est fou! (It’s crazy!)” the husband said to his wife in a just-audible whisper.

Given the Mistral, it obviously was. DM