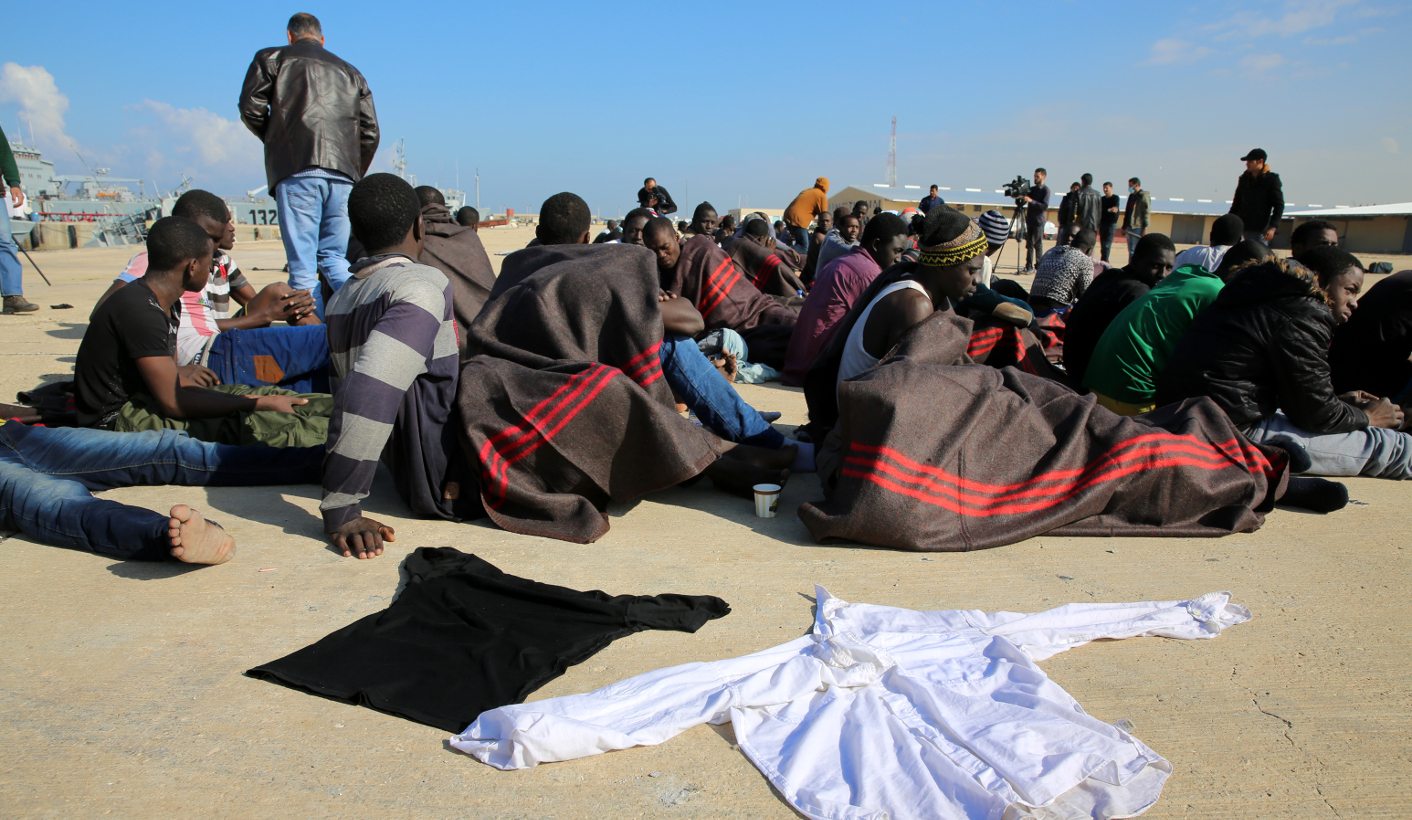 Ahead of the AU-EU summit, statements about European commercial interests in Libya are unpalatable. By Liesl Louw-Vaudran for ISS TODAY.

A few weeks ahead of the crucial Fifth African Union (AU)-European Union (EU) summit in Abidjan at the end of November, most officials on both sides are aware of the many potentially explosive issues in the relationship between these two organisations.

Not least of which is the question of Libya.

African leaders, intellectuals and civil society activists still accuse France, the United Kingdom (UK) and the United States (US) of leading the North Atlantic Treaty Organisation (Nato) intervention that overthrew former Libyan leader Muammar Gaddafi in 2011. Even though African non-permanent members of the United Nations Security Council (UNSC) at the time voted in favour of the intervention, they believe Nato overstepped its mandate and that Africa’s plans to mediate a ceasefire with Gaddafi were ignored.

Much of the current destabilisation of the Sahel is blamed on the fallout from the war in Libya.

Earlier this month, during a discussion in Pretoria on the EU-AU relationship, organised by the University of Johannesburg, the question of Libya was raised. A high-ranking South African official told the European representatives that “it is useful to listen to Africa, as the Libyan example shows”.

This echoed the sentiment of AU Commission officials who baulk at the way AU efforts to mediate in Libya, led by Congolese President Denis Sassou-Nguesso, are once again being treated with disdain by international mediators. So far the AU has not managed to get a national dialogue of all Libyan role players off the ground, as was decided at its 29th summit in Addis Ababa in July.

Into this complex diplomatic context between Africa and Europe steps Boris Johnson, UK foreign secretary. Speaking on the margins of a Conservative Party meeting on 3 October, Johnson said rich British businesspeople were ready to turn the Libyan city of Sirte into the next Dubai – “the only thing they’ve got to do is clear the dead bodies”.

Johnson’s remarks were slammed for being crude and insensitive, including from within his own party. Some are now asking for him to be sacked. He explained on Twitter that he was referring to Islamic State fighters who had been driven out of Sirte by Libyan fighters last year. But that doesn’t make his assertion any more palatable, especially given the background of the 2011 Nato invasion and the little that has been done to help Libya back onto its feet.

While the debate over the justification of the 2011 intervention continues in the UK, in France and Francophone Africa the issue has taken a more sinister tone. Former president Nicolas Sarkozy, who spearheaded the Nato intervention, is being accused of going after Gaddafi so relentlessly to cover up the fact that Gaddafi financed his 2007 election campaign. On 7 October civil society activists meeting in Mali said they planned to lay a charge against Sarkozy at the International Criminal Court for the invasion of Libya that led to the proliferation of arms across the Sahel and provided a base for terror groups wreaking havoc in the entire region.

The current French President Emmanuel Macron seemed to acknowledge France’s role in his speech at the General Assembly in New York last month. Referring to Libya, he said: “Six years on now from its armed intervention, before this assembly, I hereby accept France’s particular responsibility to ensure the country’s stability is restored.” It was not an apology for the 2011 intervention, but Macron said he would put all his energy into ensuring elections in Libya in 2018 – quite an ambitious target to say the least, given the current situation.

Parties to the Libyan conflict – including General Khalifa Haftar, who had been left out of previous accords – agreed in Paris in July this year that elections would be held within a year.

Statements such as those of Johnson, however, undermine Macron’s stated intentions in Libya. They reveal the economic motives behind these various initiatives for reconstruction and peace mediation in Libya – something few Libyans or those in the AU have illusions about. US President Donald Trump’s remarks to African leaders at a lunch in New York on 20 September had the same effect. Trump told an assembly of heads of state that he had many friends going to Africa “to get rich”.

Johnson’s gaffe meanwhile also exposes the European rivalry when it comes to getting their hands on the prize of Libyan oil and reconstruction deals. Johnson added in his defence of the Dubai statement that he had visited Libya twice this year to look at plans for rebuilding the war-torn country.

Italy, the former colonial power that had strong links with Gaddafi, has borne the brunt in recent years of migrants who have left the uncontrolled Libyan shores to travel across the Mediterranean. Yet at the same time, Italian oil company Eni S.p.A has reportedly increased its production of oil in Libya to pre-2011 levels and has discovered new oil fields in Western Libya.

Rival interests in Libya also complicated discussions in the UNSC last week, with conflicting views over a resolution that everyone should co-ordinate peacemaking efforts through UN mediator Ghassan Salamé and to endorse the UN’s “action plan for the resumption of an all-inclusive Libyan-owned political process”.

Migration, which will be top of the agenda of the upcoming Abidjan summit, is still presented as the major motivation of European current efforts to make peace in Libya. Tighter controls and a crackdown on traffickers have, however, largely reduced the number of migrants leaving Libyan shores, without a comprehensive peace deal.

In this minefield of issues and sensitivities between Africa and Europe, in order for the discussions to move forward, a great deal of diplomacy from top political figures will be required – something that at this stage seems sorely lacking. DM

Photo: A group of the 108 migrants rescued by the Libyan Coast Guards rest near their clothes left to dry under the sun after their arrival at a naval base in Tripoli, Libya, 21 December 2015. Photo: EPA/STRINGER