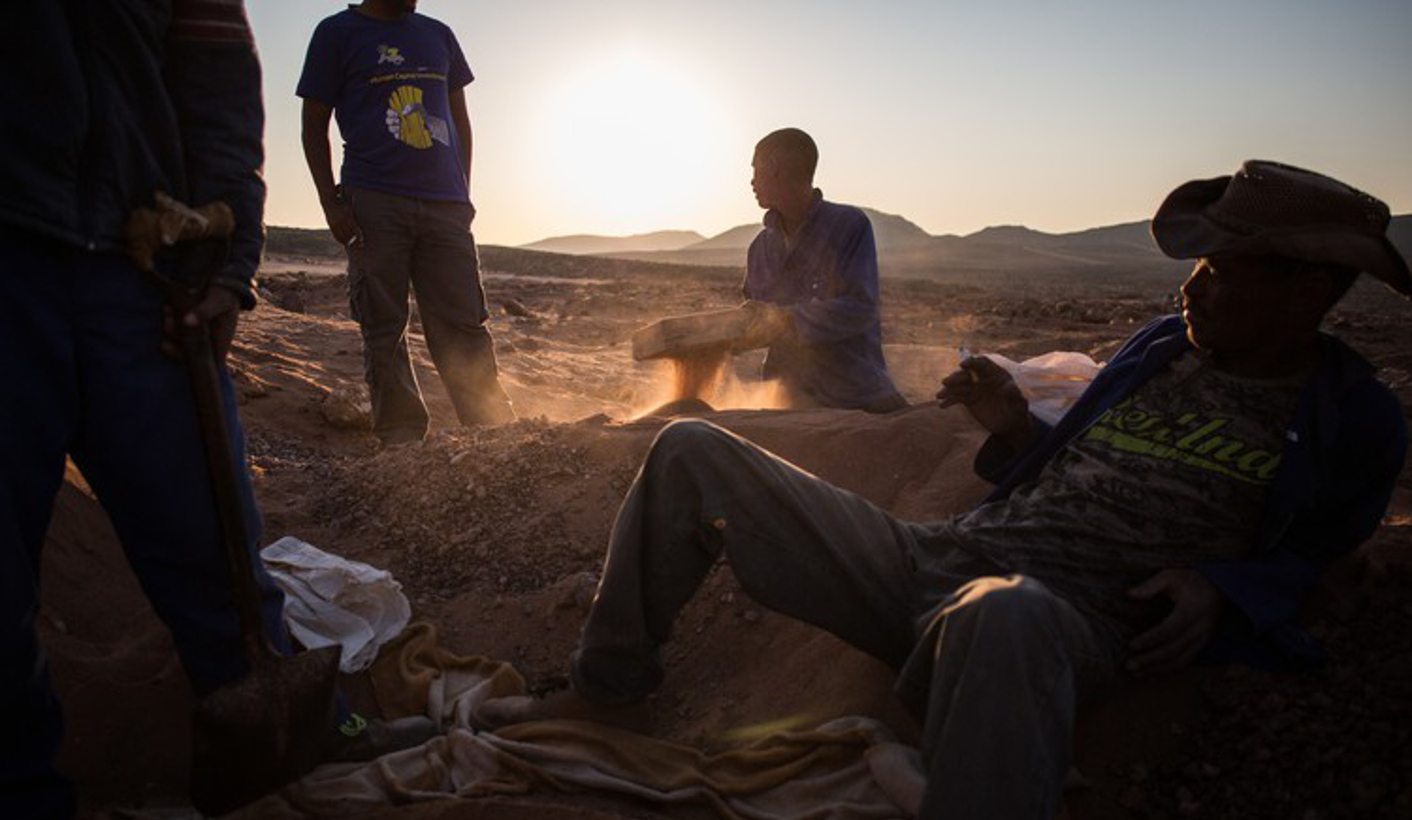 Ekapa Minerals has abandoned part of its interdict against zama zama miners, calling into question the validity of the entire interdict, writes Safura Abdool Karim for GROUNDUP.

On 14 September Ekapa Minerals filed a notice which abandoned parts of its interdict against Zama zama miners in Kimberley. The miners had appealed in the Constitutional Court against the interdict, which prevents them from entering and mining on certain property belonging to Ekapa. As part of their application, they found evidence which showed that Ekapa was not legally entitled to interdict some of the property.

The case began in 2015, when De Beers began selling off mine dumps to various companies including Ekapa. Zama zama informal miners had been mining the dumps before the sale.

Although Ekapa had not yet acquired ownership of the dumps, it applied for an interdict to prevent the miners from entering the dumps and from removing or excavating material. The zama zamas, represented by Spoor Inc, challenged the validity of the interdict, but it was confirmed by the High Court in Kimberley. Then the zama zamas unsuccessfully applied to appeal in both the High Court and Supreme Court of Appeal. Both courts dismissed the application.

The affidavit revealed that some of the land Ekapa tried to interdict the zama zamas from entering was in fact land that had not been sold to them by De Beers. The affidavit involves two pieces of land referred to as Dorsfontein 77 and Kenilworth 71.

But De Beers’ own application for an interdict against the zama zamas showed that the portions of both properties will remain the property of De Beers and will not be transferred to Ekapa. This means that Ekapa obtained an interdict over land that does not belong to it.

Ekapa then decided to abandon the interdict over the farms Dorsfontein 77 and Kenilworth 71. This represents a victory for the zama zamas and may bolster their efforts to have the appeal heard by the Constitutional Court.

The fact that portions of the interdict are now legally questionable may throw the entire interdict into contention, making the outcome of the appeal more complicated. This complexity may provide grounds for the Constitutional Court to find that the zama zamas’ prospects of success are better than when the case was brought before the Supreme Court of Appeal.

This is just the latest instalment of an ongoing battle between informal miners in the region and Ekapa. Meanwhile, Ekapa has been back in court with an urgent application to have the portions of the interdict that have not been abandoned enforced against the zama zamas. DM