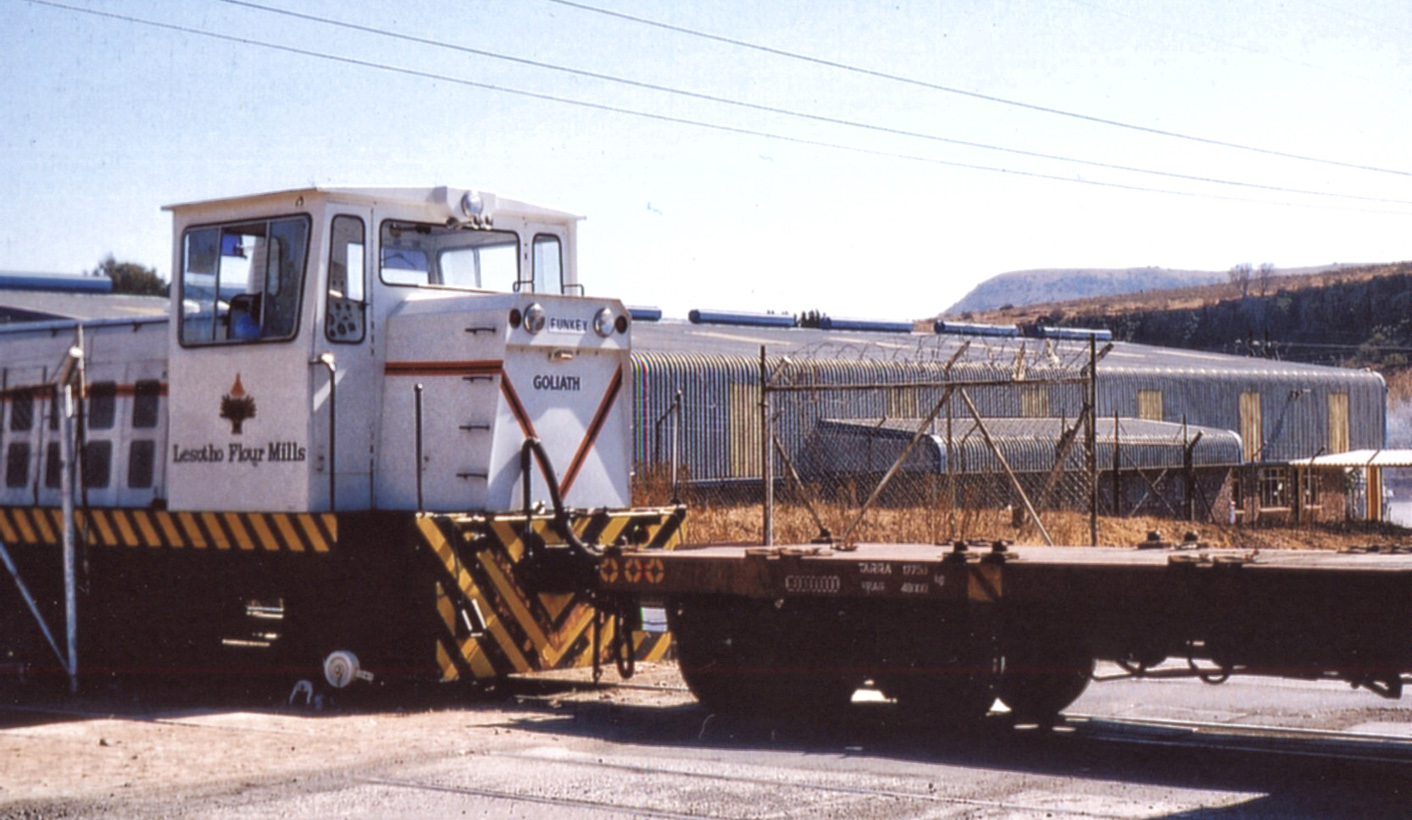 The main shareholder of Lesotho’s largest milling company, Lesotho Flour Mills, has been accused of using an offshore tax haven and transfer pricing to avoid paying its partner, the government, dividends over a 19-year period. By BILLY NTAOTE for MNN Centre for Investigative Journalism Reporters.

Lesotho Flour Mills was established in 1979 and privatised in 1998, when multinational agro-processor Seaboard Overseas and Trading Group and a sister company bought a controlling stake for about $10-million, while a 49% stake remained with the government.

Headquartered in Kansas, US, Seaboard runs milling facilities in South America, the Caribbean and Africa, among other locations.

Lesotho Flour Mills (LFM) has four operations in Maseru: a feed mill, a flour mill, a maize mill and a sugar packaging plant.

Former board member Ramahoana Matlosa, who resigned from the board on 1 August, 2017, complained that the joint venture did not serve the interests of the government or Lesotho.

“Much needs to be done to protect the interests of the government, as the agreements signed in 1998 are written in a manner that is clearly skewed in favour of Seaboard interests against those of our country,” he said in an interview.

“Seaboard indulges in extensive manipulation of their financial statements and transfer pricing to paint a negative financial picture which negates the payment of dividends.”

The MNNCIJ was told that despite making an annual profit of 10-million Maloti (R10-million) before it was privatised, the milling company has never paid a dividend to its government partner.

It is also understood that Prime Minister Thomas Thabane and his cabinet are giving careful thought as to whether Seaboard’s management contract with LFM should be extended by another 10 years when the initial agreement lapses next year.

Finance Minister Moeketsi Majoro said it was “too early” for him to comment on the matter.

The transfer pricing is allegedly carried out through the use of a Seaboard subsidiary based in the Bahamas, a tax haven, which has the exclusive right to handle the procurement of grain for the multinational company.

Officials of the milling company familiar with Seaboard’s operations, who spoke on condition of anonymity, said they were shocked when they were told after the US firm took over that LFM would be purchasing grain exclusively from Seaboard.

Matlosa and other sources also alleged that non-executive board members representing the government had no influence on key company decisions and policies.

Lesotho’s former finance minister, Timothy Thahane, told MNNCIJ that when he was in office, the cabinet had voted in favour of increasing the government’s stake in the company, but that Seaboard strongly resisted this.

Thahane said that while he was in government, he was “concerned that I didn’t see the mill performance leading to profit”.

The former minister said that he suspected transfer pricing by Seaboard, but “its grain procurement was run in a way that no one could prove that it was overcharging LFM”.

“We failed (to increase the government shareholding) because Seaboard and Saxonvale tightened their grip on the company,” he said, adding that the only viable option for the Lesotho government was to hire professionals to advise on how to increase its stake and turn around the mill’s performance.

Mills was also sent emailed questions and responded by telephone, saying: “I can’t say anything until the chairman of the board has given me an indication of what he wants me to say.”

LFM board chairperson Mohlomi Rantekoa refused to comment himself or to authorise comment by Mills, asserting that the entire board needed to engage with the MNNCIJ’s questions.

“We have a meeting scheduled for September that shall deliberate on these questions, as they indicate that someone has breached the confidentiality of the company,” he said.

Rantekoa said that because the LFM is not a public company and government is a minority shareholder, “we cannot comment on the board’s discussions, as there are issues of a breach of confidentiality among board members”.

Insiders said that after Seaboard bought into LFM, its Bahamas-based subsidiary, Seaboard Overseas Management Company, took over procurement for the Lesotho operation.

The management firm is said to provide management and technical advice in the operation of the various operations and silo storage complex in Maseru.

Seaboard’s sister company, Saxonvale Investment, which holds the remaining one percent of the company, is registered in the British Virgin Islands, another tax haven.

Under the agreement, which the MMCIJ has seen, Seaboard provides a managing director, director of finance and administration, a technical director “and such other staff as may be agreed with the LFM for a yearly US$300 000 (about M3.99-million) management fee adjusted in line with inflationary charges that LFM pays”.

The management contract provides that for all trips to LFM beyond the annual inspection and consultation visits, the Lesotho company reimburses Seaboard to the tune of $500 (about M6,659) per day per employee.

Sources said Seaboard had failed to make the profits needed to declare dividends to its shareholders over almost 20 years.

When it took over management of the LFM, the sources also said Seaboard had become the sole decision-maker, such that non-executive board members representing government had been rendered powerless.

According to LFM employees who asked not to be named, Seaboard changed the company’s procurement policies to buy exclusively from Seaboard and its subsidiaries.

They added that the company also sells the LFM products to some of its subsidiaries at “very low prices with high credit allowed, but without guarantees they will repay their debts”.

The MNNCIJ was given the name of a South African-based bakery thought to be a Seaboard subsidiary which is alleged to have a credit line of about M35-million with LFM.

Sources added that there was no guarantee that the bakery would eventually settle its debts with the milling company, “yet credit continues to be extended”.

Asked about this, Matlosa said while serving as a board member he “questioned this wicked practice, but those Seaboard managers do not want to change their position”.

The ex-chairperson also alleged Seaboard was double-dipping by being paid management fees and salaries for its officials at the helm of LFM.

Matlosa also claimed that while serving on the board, he discovered that the Seaboard managers running LFM saved the American firm from paying heavy prices on storage in South Africa by taking grain that LFM does not need to Lesotho and storing it in LFM silos.

“They get storage for free and later on invoice for it when the rand-dollar exchange rate is favourable,” said Matlosa, adding that invoices were expected to accompany the delivery of grain.

“Seaboard only invoices LFM when the rand-dollar exchange rate is favourable. Thus, Seaboard makes a profit from the grain it stores for free and then sells it when it is convenient.”

The MNNCIJ also learned that LFM managers recently reported a loss of M10-million as one of reasons for its failure to declare dividends to shareholders in 2016.

The loss was allegedly sustained as a result of an unregulated M10-million credit line given to a Chinese-owned wholesaler.

Matlosa informed MNNCIJ that he personally pursued this issue but was brushed aside whenever he brought it up at board meetings.

“I simply wanted the company to pursue the legal means of recovering the M1-million from the Chinese man, who I’ve learned is still in communication with LFM’s managing director,” he added.

The MNNCIJ also sent questions to Seaboard’s head office, but had not received a response by the time of publication. DM

This story was supplied by MNN Centre for Investigative Journalism: