Analysis: Our politics, the ANC, and the long, hard slog against corruption 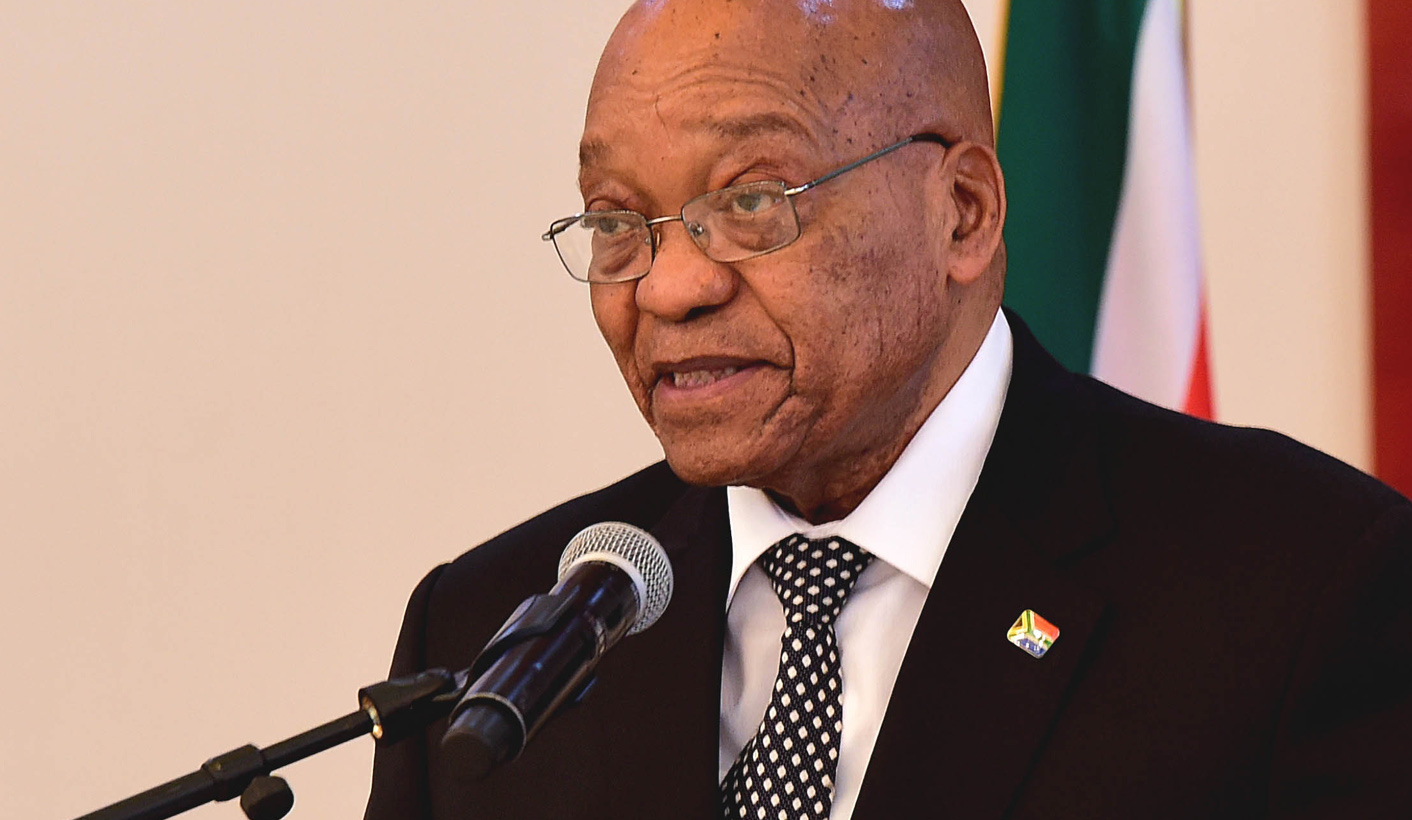 Recent evidence has started to give some hope that corruption in the form of “state capture” may soon come to an end. This is partly because President Jacob Zuma’s time as ANC leader is nearly over, and partly because the net appears to be closing around the Gupta family. The behaviour of two of Zuma’s sons, Edward and Duduzane, this past week also suggests that some in that camp are desperate. This means that those who support Cyril Ramaphosa’s campaign to become the next leader of the ANC believe that his ascension would signal the end of corruption. That, unfortunately, is unlikely, for reasons that play directly into how the ANC’s leadership contest could be settled. By STEPHEN GROOTES.

All the hallmarks are there. Contracts are given to people because of kickbacks, sometimes state resources are simply stolen, such as our Strategic Fuel Fund. Money is moved around incredibly quickly: what was once cash for a dairy farm ends up paying for a wedding. This is the kind of corruption that our democracy now needs to focus on fighting, and defeating.

Should the Zuma network lose in December, there are certain developments that can be predicted. It would be likely that the network around the Gupta family would be dismantled, perhaps in a hurry. The money would stop flowing to Dubai, probably. Those unlucky enough to not get to the runway in time may find themselves facing criminal proceedings. In short, the system that appears to be in place now, where Brian Molefe or Anoj Singh or Ben Ngubane, or whoever, sends money to Trillian (and then allows Eskom to lie about it before it is forced to withdraw the lie), who then launders money overseas, would fall apart. The political protection that someone like Lynne Brown has afforded to a Molefe or Eskom in general (she can deny it as much as she likes, she is surely culpable, at the least by simply doing nothing) would no longer exist.

This would mean that in the worst-case scenario, there should at least be some breathing space. And then, if it happens, someone else will start a new network and try to begin the cycle again. (Nature abhors vacuum, etc) This is why so many countries have term limits in their constitutions – it stops someone building up the kind of corrupt power that Robert Mugabe has managed in Zimbabwe. In a better case scenario, it would now be impossible for any new network like this to emerge, simply because we now understand how it was done, and know how to stop it.

However, the reason this corruption has flourished has nothing to do with the framework or the laws that are in place. The governance procedures and policies of our parastatals and departments are probably world-class. But they have failed because of the people interpreting them. This is always the problem, the “world’s best constitution” is only as good as the people implementing it. So, judges can rule in the best possible way, but if Zuma controls Advocate Shaun Abrahams at the National Prosecuting Authority, and a “liar… a man without integrity” is appointed head of the Hawks, there’s nothing a piece of paper or 11 judges sitting on a distant hill can do about it.

This means that there is very little, if anything, that changes in that direction could do to improve the situation. The problem remains with the people. And, it could surely be argued, the problem then is how those people are deployed. In the case of Zuma-style state capture corruption, it was he who ensured that his people were in the right position to make the decisions that would enrich the Guptas. He was able to do this through the ANC and its policy of cadre deployment. Technically, this is through a deployment committee (which is supposed to be chaired by one Cyril Ramaphosa). There is very little evidence to suggest the ANC would scrap this policy, no matter who wins the contest in December.

This then means that we have to look at the ANC itself to see if it’s possible to stop corruption in the form we are currently experiencing.

It is worth remembering the structure of this election, and the power wielded by the provincial barons. While they hold more sway in some places than others, it does appear that some of them are held in place by patronage. Ace Magashule in the Free State is surely a good example. David Mabuza is allegedly corrupt too. And yet it is they who could hold the key to Luthuli House. Mabuza is a good illustration of the problem. If there were a neutral lawyer in charge of the NPA, and if the police were apolitical, it is likely that he would face serious trouble in the near future. But Ramaphosa would need his support to win the leadership of the ANC. This means that it would not be in his interests to act against Mabuza.

It might be tempting for some to claim then that this proves that the problem is within the ANC. There may be evidence to support that view. If you consider how long these problems go back, if you examine what can look like a culture of corruption, and the long-running complaints about it (from people like Kgalema Motlanthe, no less), then perhaps there is a strong case.

But it doesn’t have to be like that. One of the aspects that has allowed this to happen is actually the behaviour of those who have blown the whistle. People like Themba Maseko, Ngoako Ramatlhodi and Vytjie Mentor are hailed as heroes in some quarters for revealing what the Guptas did, and how they were protected by Zuma. But they only did this after more damage was done. There was surely no legal reason to prevent Ramatlhodi from telling us why he had been fired immediately after Ngubane and Molefe told him to force Glencore to sell the Optimum Coal Mine to the Guptas. Maseko could have said at the time that the Guptas were trying to strong-arm him into giving them GCIS contracts. Mentor was surely able to have done the same. It says something about either the power of Zuma, or the ANC, or perhaps our socio-economic history that they didn’t.

One would like to hope that in future, that would not happen again.

It would also be foolish to simply say that this is an “ANC problem”. In the City of Joburg, the DA-led administration under Herman Mashaba has allowed a situation to develop where Sean Philips has resigned as CEO of the Joburg Roads Agency (JRA). As Business Day’s Carol Paton has explained he left because the JRA’s board wanted to create a parallel system of awarding contracts. It’s exactly the kind of system that allows corruption to flourish. But, because the Member of the Mayoral Committee for infrastructure is from the IFP, Mashaba decided to leave her alone. In other words, for political reasons, there is now a renewed risk of corruption occurring in the JRA because of the actions of a DA mayor.

So then, if this is our political situation, what can be done to stop state capture corruption being repeated, no matter who takes over the ANC, or the country? Perhaps the first step would be to ensure, somehow, that the NPA and police are depoliticised. It’s hard to see it happening for some time, until, for some reason, it suits a person in power to make it happen.

What could also be done is to ensure that people who leave positions because of someone else’s corruption are empowered to tell us so. This can be done through future leaders of the ANC simply having less power, but also by requiring them to undergo an “exit press conference” as they do an “exit interview”. The non-disclosure agreements that see people being paid to remain silent could also be abolished.

In the short term it is hard to see any of these measures being implemented. Fighting corruption is going to be a long, hard slog. And there is only a faint chance that a change of power in the ANC will actually be the thing to start the process. DM

Photo: President Jacob Zuma at the conclusion of the Second Session of the South Africa-Mozambique Bi-National Commission held on 25 August 2017 in Maputo, Mozambique. [Photo: GCIS]