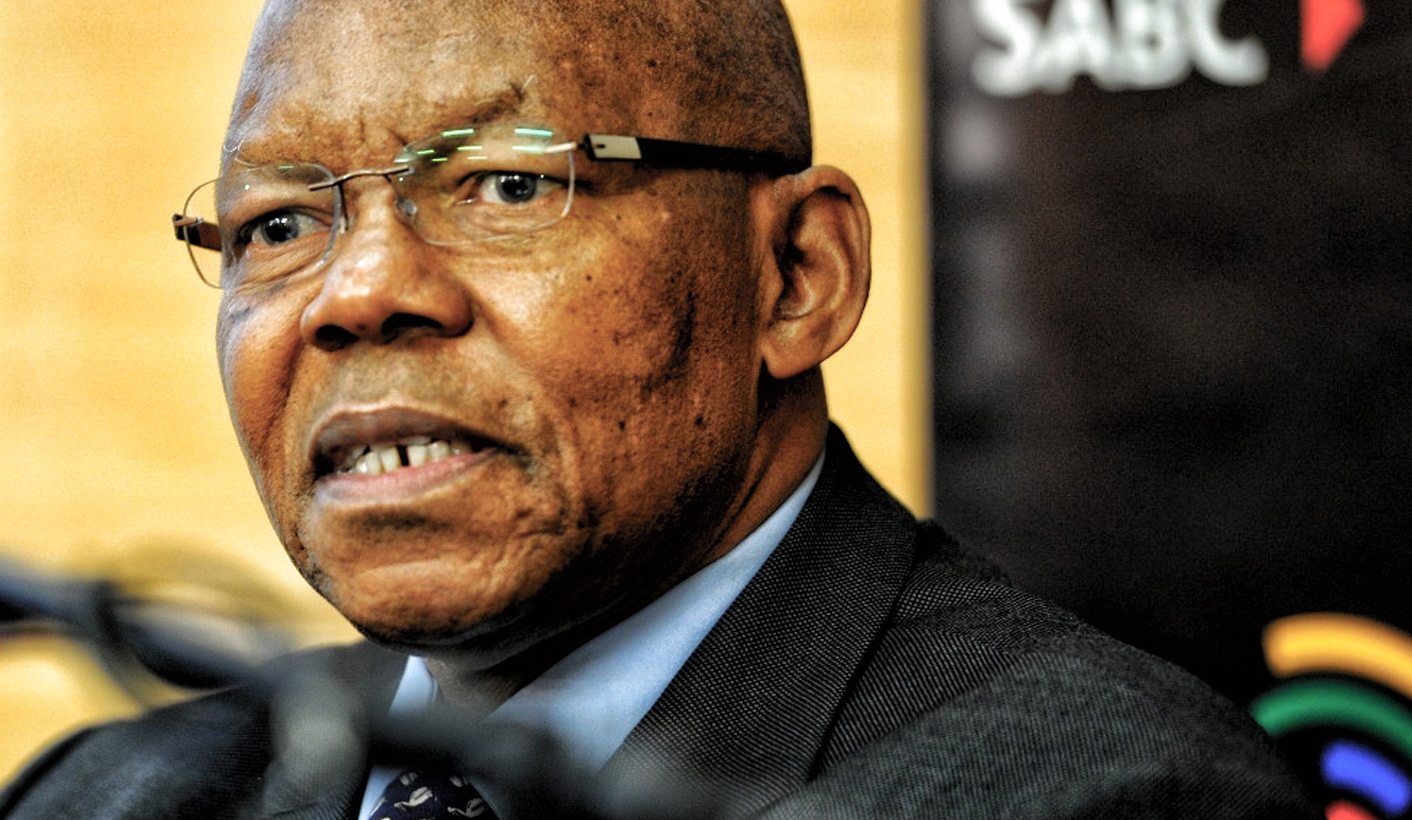 World Economic Forum meetings have a certain decorum. It's not done to fight and argue. Or be direct in any way. But that shifted slightly on Thursday. The WEF Africa meeting was in full swing, President Jacob Zuma was about to speak, there were people to harass and interview. And Trevor Manuel had a little something up his sleeve. It was WEF Africa Day Two. By STEPHEN GROOTES.

It is now more than obvious that Trevor Manuel is well beyond with the current situation. On Thursday he decided to do something about it. He was part of a panel on corruption – sitting right next to Public Enterprises Minister Lynne Brown, interestingly. When it came for him to speak, he set out his stall rather clearly.

We have a Public Protector’s report he said, into State Capture. And it shows that our “public enterprises are a nest of corruption”. This was the prelude for him to “echo the Deputy President’s call for a judicial commission of inquiry into the State Capture Report.” While he was saying all of this, I noticed, sitting at one of the small tables, a person who looked a lot like Baldwin (Ben) Ngubane. The Eskom chairman. I Google-imaged him. Yes, indeed it was. Gosh, I thought, that’s brave.

Manuel had noticed him too. “The chair of Eskom is sitting here. You know when a chair allows an acting CEO to be inquired in the public domain as Koko has been, and he’s not suspended, then you have to worry about the trendlines.”

Ah, this was about to get interesting.

Ngubane was clearly furious, he was dying to respond, he started to talk, but didn’t have a microphone. I did. From across the room, I gestured it towards him, asking through sign language if I could speak to him afterwards.

As the meeting broke up I dashed over, recorder warmed up and ready. He almost didn’t say hello and just plunged into it, “I was a bit disturbed by Trevor Manuel attacking us publicly on the matter of the Impulse tender… we have instituted an inquiry… we cannot suspend an official purely from statements in the press….”

He was talking about a Sunday Times story showing how [Eskom acting CEO Matshela] Koko’s stepdaughter, who lives in the same home as he does, was a director of a company which had won over a billion rand worth of business from Eskom through coal tenders. The problem for Koko is that first he said he didn’t know she worked at that company and then had to concede that he did.

Ngubane was just getting warmed up. But, I said, he changed his version, “at the very least a precautionary suspension surely”.

“No no no,” he said, “I just got an invitation to France and I refused it because of the potential for a conflict that might arise… to act on someone you must have clear evidence.”

I wasn’t done, because Koko was appointed acting CEO after – yes, after – a Carte Blanche interview in which he appeared to lie about whether he had signed a contract with a company owned by the Gupta. First he said he did not sign the document, and then he had to admit that he had. So, my question was: was Koko really the right person to appoint to that position in the first place, after that interview?

“How do you know that he lied?”

“I still can’t say that should be grounds for suspending someone without evidence.”

By this stage I couldn’t quite believe what I was hearing. Did you watch the interview I asked.

My incredulity grew. This issue was one of the big stories of last year, it was HUGE. But Ngubane stuck to his guns:

“I don’t sit at home and watch TV all the time, I travel between provinces and so on.” And then it came, “Please South Africa, we must stop demonising state institutions, let’s gather evidence and then we can act.”

I thought we were done at this point. But I did the traditional “is there anything else you would like to say” just because, you never know. Boy, did he:

“This country was based on robbery and theft. Black people were robbed of their land. If the country is founded on lack of morality as this country was, through so many years, through apartheid and colonialism, let’s be careful how we characterise black people and black-led institutions.”

I hadn’t quite expected that.

I switched off my recorder at this point, I had got a lot more than I came for, and Manuel had probably got more than he expected as well. So I have no formal record of what follows. But Ngubane was furious with me. My memory of what he said, which I will not put in quotation marks, is along the lines of this:

People like you have to be careful, you will raise the temperature in this country if you are not careful.

That’s my memory of it. It wasn’t a threat, I think, so much at me, but certainly I got the feeling he was referring to two of my identities, one as a journalist, and the other you can probably guess.

By now everyone left in the room was watching us. I couldn’t blame them. And what was Ngubane doing there in the first place, what did he think would happen? Unless, of course, he thinks he is just really clean and it is all a conspiracy against him. Certainly, it could be an insight of some sort into the mind of those who think that questioning corruption is about something else, who rely on race and labels, and don’t believe in answering questions, or transparency.

And seriously, who does not watch a video if their own CEO is implicated in serious wrongdoing?

It was time to cool down, to bump into a few people, file quickly, and head into the main plenary hall for President Jacob Zuma. He was introduced by Klaus Schwab, the founder of the WEF. Schwab is never going to pin anyone down, he is just not in that game. And Zuma did what a head of state should do in an event like this, make a few general comments, welcome everyone, take a boring question from some youth leaders, and move on with life.

Lunch. Not as good as Thursday’s, but free all the same. By the second day of a conference like this, the media centre is settled, everyone knows where they are sitting and what their place is. People work feverishly, but there’s usually less swearing than on the first day, when you’re still sort of setting up and blaming head office for everything.

Later in the afternoon we managed to grab five minutes with the Communications Minister, Ayanda Dlodlo. About three weeks ago we would still have used the word “new” there, but we’re probably done with that now. Dlodlo is always warm and friendly, but tough as nails, and has a really interesting back story. She’s done things with her life, and should have been a minister years ago.

She probably knows this by now, but there was really just one question I wanted to ask; where does she stand on digital terrestrial television. Her predecessor, Faith Muthambi, had always pushed for un-encrypted DTT, but the ANC policy is actually for encryption. The Constitutional Court is currently writing a judgment on a case on this brought by e.tv. But that’s really a technical issue, about the process followed in the decision to go un-encrypted, rather than on the merits. Which means it’s still likely to be up to Dlodlo in the end.

She is not Faith Muthambi. “The court has said encryption. All that I know is ANC policy.” I followed up to make absolutely sure, but she was adamant, “I’m not a revisionist, I’m not going to change ANC policy unless that direction changes in December… right now, I stick to the policy.”

Somewhere, someone at e.tv has a champagne hangover. Because this really matters to them. But across in Randburg, someone in the DStv office may have a hangover of a very different kind.