Analysis: In a time of political smears, the media risk becoming pawns in a dirty game 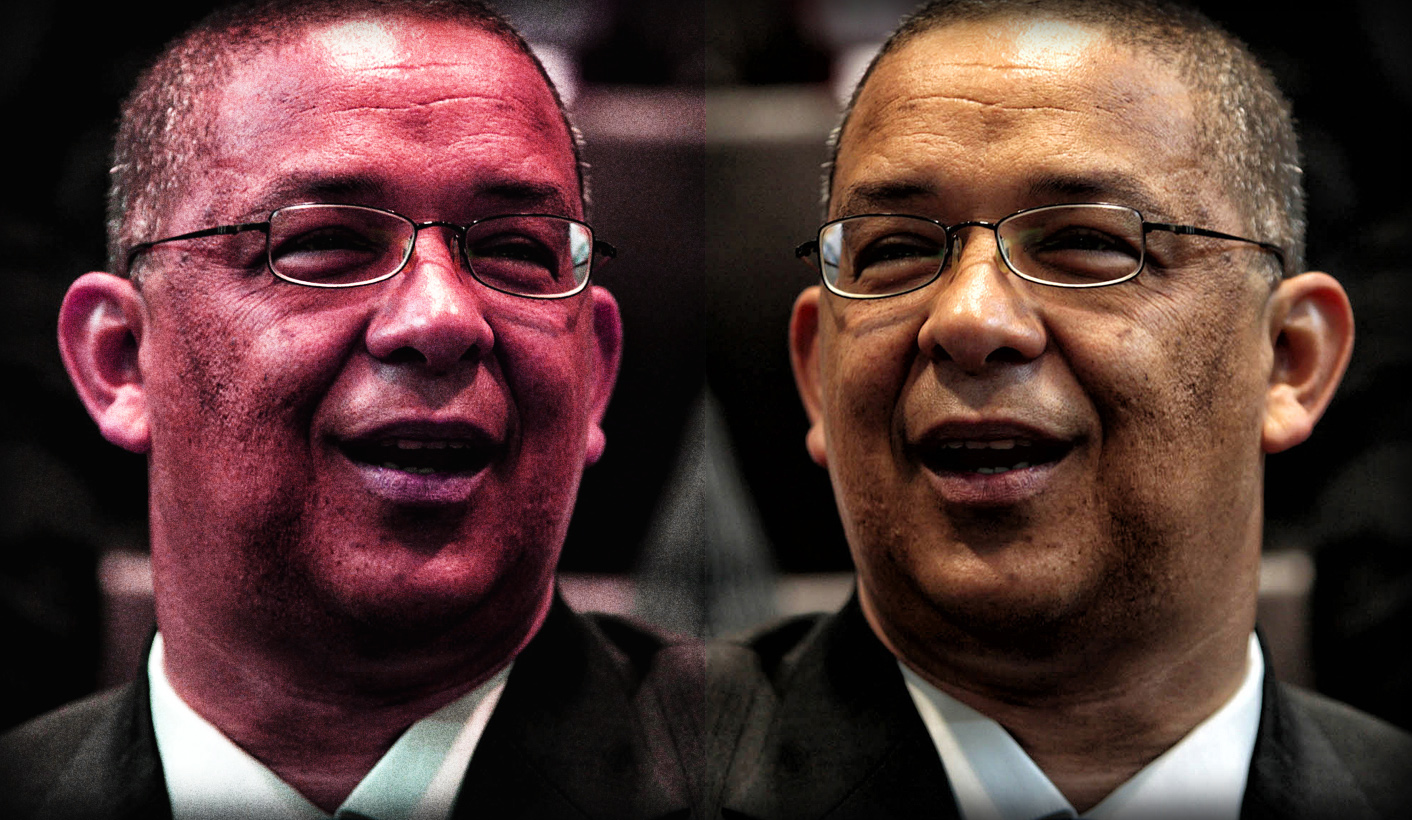 With the ANC’s electoral congress approaching fast, it’s political smear season – and no blow is too low. As IPID head Robert McBride and Deputy President Cyril Ramaphosa are learning, even a politician’s immediate family is considered fair game for striking political blows. Ludicrous as some of the allegations may seem, South Africa’s recent history is littered with examples of severe consequences for those targeted in campaigns to discredit them. How should the media, and the public, respond? By REBECCA DAVIS.

A bruised teenager claims that controversial cop Robert McBride threatened her life after throttling her and punching her in the face last Sunday.

It’s worth considering the language that introduced the Sunday Times’ most recent front-page lead. The youthful age of McBride’s alleged victim is emphasised, and reinforced in the story’s second line, where she is described as a “traumatised 15-year-old”. It is not mentioned until the sixth paragraph that the girl is a “family member of McBride”. Indeed, the newspaper teased the story before publication as pertaining to McBride assaulting “a minor” – which, while technically true, at no point provides the impression that the alleged victim was McBride’s daughter.

Robert McBride, the executive director of the Independent Police Investigative Directorate (IPID), is introduced as a “controversial cop”. Later, he is referred to as a “burly Umkhonto weSizwe veteran”: a description aimed at maximising the sense of his strength and intimidation. The closest we get to McBride’s job title is the information that he is “the policeman who is in charge of investigating other cops for illegal behaviour”, which is clearly spelled out to highlight the irony in McBride’s own alleged wrongdoing.

The language used in any story is significant. It sets up the roles of “villain” and “victim” in a highly effective way. Who would not be outraged at the thought of a hulking policeman inflicting “two years of terror” – as the story claims – on an innocent teenage girl? The story proceeds to place McBride alongside former deputy higher education minister Mduduzi Manana and Zimbabwe’s first lady Grace Mugabe, as “people to have been accused of brutal assaults on women this month, a time when women are meant to be honoured”.

McBride, Manana, and Mugabe: one and the same.

But the McBride story is far from clear-cut. His role within government is worth stressing because, as head of IPID, he has made powerful enemies by accusing former Police Minister Nathi Nhleko and acting Police Commissioner Khomotso Phahlane of wrongdoing, including turning a blind eye to unlawful behaviour by police. McBride has faced a number of trumped-up charges over the past two years. The woman who laid the claim against McBride on behalf of his daughter attempted to extort money from him, McBride claims, and has done so in a different case before. He makes further claims against her, including that she is linked to Police Commissioner Phahlane.

In ordinary times this might seem like an unedifying case of he-said-she-said, but these are not ordinary times. With the ANC’s electoral congress approaching in December, we can expect smears and disinformation campaigns to come thick and fast against politically significant individuals. McBride may or may not be a victim of such a campaign – but, at the very least, it can be argued that the public should be made aware of the possibility.

“We have to be very, very vigilant,” Sam Mkokeli told Daily Maverick. As the Media Freedom Chair of the South African National Editors’ Forum (SANEF), Mkokeli has seen this movie before – in the run-up to the ANC congress at Mangaung in 2012, and Polokwane in 2007, to give two examples. Politics professor Keith Gottschalk once termed the period before Polokwane “a season of smear and countersmear”.

Says Mkokeli: “I don’t think the period we’re in requires a different approach to testing stories in terms of newsworthiness and veracity, but the political conversation gives a sense of increased intensity. Political reporting at times like this really needs rigour.”

Earlier this month, presidential contender Cyril Ramaphosa had to defend himself against allegations that he had beaten his former wife Hope Ramaphosa: a rumour repeated by Economic Freedom Fighter leader Julius Malema on radio, but which appears to have started within the ANC. A statement from Ramaphosa’s campaign seemed to acknowledge that this might only be the beginning of smear attempts: it referred to “an expanding dirty tricks campaign” against the current deputy president.

Of course, this kind of political game play is not restricted to post-apartheid South Africa.

Media veteran Anton Harber, former political reporter at the Rand Daily Mail in the early ‘80s, says that the biggest smear he can remember from that time was a 1985 sex scandal involving anti-apartheid clergyman and politician Allan Boesak.

“The security police gave the media recordings of [Boesak] having sex with a woman who worked with him,” Harber told Daily Maverick.

“They did appear to be authentic, and he was a [NG Kerk] minister, so it did pose a dilemma. We were all perfectly aware where [the recordings] came from and why they were being given to us.”

In the end the Rand Daily Mail decided not to use the information against Boesak because of its provenance, but other newspapers ran with the story.

Boesak survived that scandal – though another affair would ultimately prove his undoing – because the church recognised that he had been targeted by the apartheid police. But in many other cases, the consequences of smear operations have been severe. The 2014 false narrative of a “rogue unit” at the South African Revenue Services (SARS), for instance, had knock-on effects that continue to this day – including scuppering a SARS investigation into the Gupta brothers.

In such a fraught climate, how does one weed out potential smear attempts from genuine bad behaviour by politicians?

“I don’t know if [media] can always be in a position to forego a story because we suspect it is part of a smear campaign,” Mkokeli acknowledges. “We have to use our judgement.”

Harber concurs that the issue is tricky. “Everyone’s instinct is to want to get stuff out in the open,” he says. “There are no simple answers.”

But he suggests one basic rule of thumb for journalists and editors struggling with whether to publish allegations against political figures:

“Make the decision based on public interest, not to gain an audience.” DM

Original Photo: Robert McBride is seen at the Constitutional Court in Johannesburg on Thursday, 30 September 2010 during an appeal by the Citizen newspaper against an award of damages and defamation granted to him. Picture: Werner Beukes/SAPA