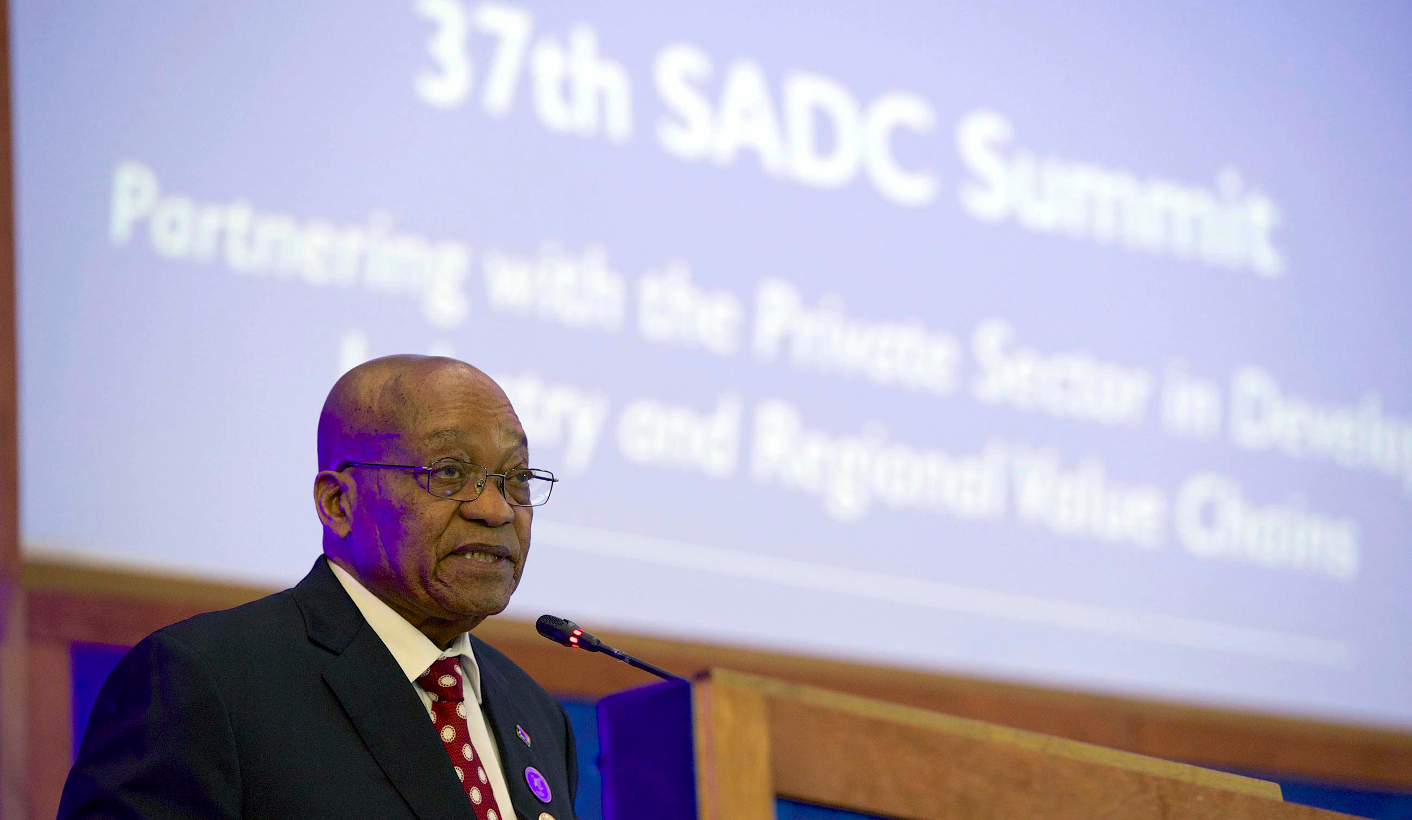 The application for membership by two more countries suggests an apparently lack-lustre body has hidden charms. By Peter Fabricius for ISS TODAY.

Some eyebrows were raised when South Africa’s President Jacob Zuma announced last weekend that Comoros had been admitted as the Southern African Development Community’s (SADC) 16th member. The announcement came after the 37th Ordinary Summit of the Heads of State and Government of the organisation in Pretoria.

Officials disclosed that Burundi had also applied but had been declined, for now. They said Burundi first needed to resolve the internal political instability that President Pierre Nkurunziza provoked in 2015 when he took an apparently unconstitutional third term in office. But they seemed confident that Burundi would eventually be admitted.

Why the interest in joining? SADC doesn’t, on the face of it, seem a very alluring organisation. Vera Songwe, the Economic Commission for Africa (ECA) executive secretary, painted a rather bleak picture of the region’s economy in her speech to the summit. She said overall growth in the region had declined to 1.4% in 2016, from 2.3% in 2015. The share of manufacturing in the region’s overall GDP had also declined, from 14.1% in 2005 to only 11.1% in 2015. SADC countries continued to rely heavily, for over 60% of total exports, on raw commodities, in particular minerals – with minimal value added.

In 2016 the region also registered a deficit of $17 billion in goods and services, while lower revenues from diminished global commodity prices and depreciating currencies inflated fiscal deficits and public debts. SADC’s overall government debt rose from 42% of GDP in 2014 to 46.8% of GDP in 2015.

These unsustainable debt levels could have a negative impact on the rolling out of SADC’s key industrialisation initiative, especially by making it harder to repay foreign loans to finance the infrastructural projects essential for driving regional integration. The industrialisation drive was launched earlier, but South Africa, as chair, will take it up over the next year under the theme Partnering with the Private Sector in Developing Industry and Regional Value Chains.

To this tale of considerable woe Songwe added the huge job losses in SADC’s dominant extractive industries, and significant slowing of both public and private investment because of dwindling government resources and business confidence.

Songwe was nonetheless optimistic for SADC’s future – she said it was ‘well ahead of the pack’ in regional integration. The SADC Free Trade Agreement (FTA) was fully functional and even more ambitious than the proposed Continental Free Trade Area (CFTA) in areas such as value addition, agro-processing and pharmaceuticals, she said.

She referred to the ECA’s Regional Integration Index 2016, ranking Africa’s eight regional economic communities (RECs), which showed SADC coming in second to the East African Community (EAC) and just ahead of the Economic Community of West African States (Ecowas). The ranking considers a range of factors including the percentage of intra-regional trade and flights, levels of customs duties on imports, average cost of roaming and free movement of people. However on the most important dimension of trade integration, SADC comes only fifth.

Songwe nevertheless noted that SADC had played a pivotal role in driving the Tripartite Free Trade Area (TFTA) comprising SADC, the EAC and the Common Market for Eastern and Southern Africa (Comesa). SADC also enjoyed the benefit of having among its members the “gigantic elephant” South Africa, with its participation in the G20 providing “a formidable vehicle to link Africa and its development priorities to the global discourse”.

SADC’s relative success in regional integration may well have been a major factor in Comoros’s desire for membership. It makes sense for Comoros, rather isolated as it is in the Indian Ocean, to join its island neighbour Seychelles in a bigger family of nations.

But this doesn’t seem to explain the application of Burundi, which is already part of the tight – and most integrated – EAC grouping, and of Comesa. It seems to be motivated more by “forum shopping”. As Jeggan Grey-Johnson of the Open Society Initiative for Southern Africa (Osisa) points out, it isn’t doing too well in making its case in its internal political dispute to its EAC neighbours, and so is looking for more sympathetic ears.

And Grey-Johnson believes Zuma is Nkurunziza’s only real ally on the continent.

The SADC summit’s kid-gloves handling of the Democratic Republic of the Congo for its indefinite postponement of the elections that would end President Joseph Kabila’s already extended term in office was probably the sort of sympathetic treatment Nkurunziza was looking for.

From SADC’s perspective, though, what are the advantages of admitting Comoros and, potentially, Burundi? Regional officials note that with Comoros on board, SADC has surpassed the membership numbers of its chief continental rival Ecowas, which has only 15. That should increase SADC’s clout in pan-African organisations like the African Union (AU) and Pan-African Parliament.

But regional numbers don’t always equal influence, as Kenya’s candidate for the AU Commission chair, Amina Mohamed, discovered to her cost when both Uganda and Tanzania – fellow EAC members – apparently abandoned her camp, Grey-Johnson points out.

A senior Tanzanian official – while denying rumours at the SADC summit that Tanzania pushed for Burundi to be admitted this time – offered another reason. Holding out the carrot of membership gave SADC some leverage in encouraging Burundi to resolve its internal dispute democratically and peacefully, he said. He likened it to the way the European Union had encouraged such reforms in countries seeking membership.

But Grey-Johnson is sceptical, suggesting that it would be naive to think that this had anything to do with promoting democracy, given the dubious democratic credentials of existing SADC members like Swaziland, the DRC and Zimbabwe.

The new additions do raise the wider question of what, if any, the natural limits of membership of an REC are. SADC has decided not to admit new members until it has completed a review of the criteria for membership. This is an important question for the AU as a whole, especially in the light of Morocco’s bid to join Ecowas. Should RECs be based on territorial contiguity? Or shared values? Some say Morocco can’t be allowed to join Ecowas because it is a kingdom.

Perhaps the limits for SADC should be geographic, said one official, suggesting the Equator as the rough northern boundary. That could include Burundi and perhaps also Rwanda – which applied a few years ago but was declined because of its dispute with DRC – but no more.

At a time when the TFTA has already been launched and the CFTA is supposedly imminent, one might have thought that expanding the individual RECs was not a priority.

Clearly, though, this is not only or perhaps even mainly about pure economic integration. Regional rivalries and political agendas seem more important and will probably remain so at least for some time to come. DM