Analysis: Ramaphosa’s high-speed response to smear reveals he is at the ready, in the game 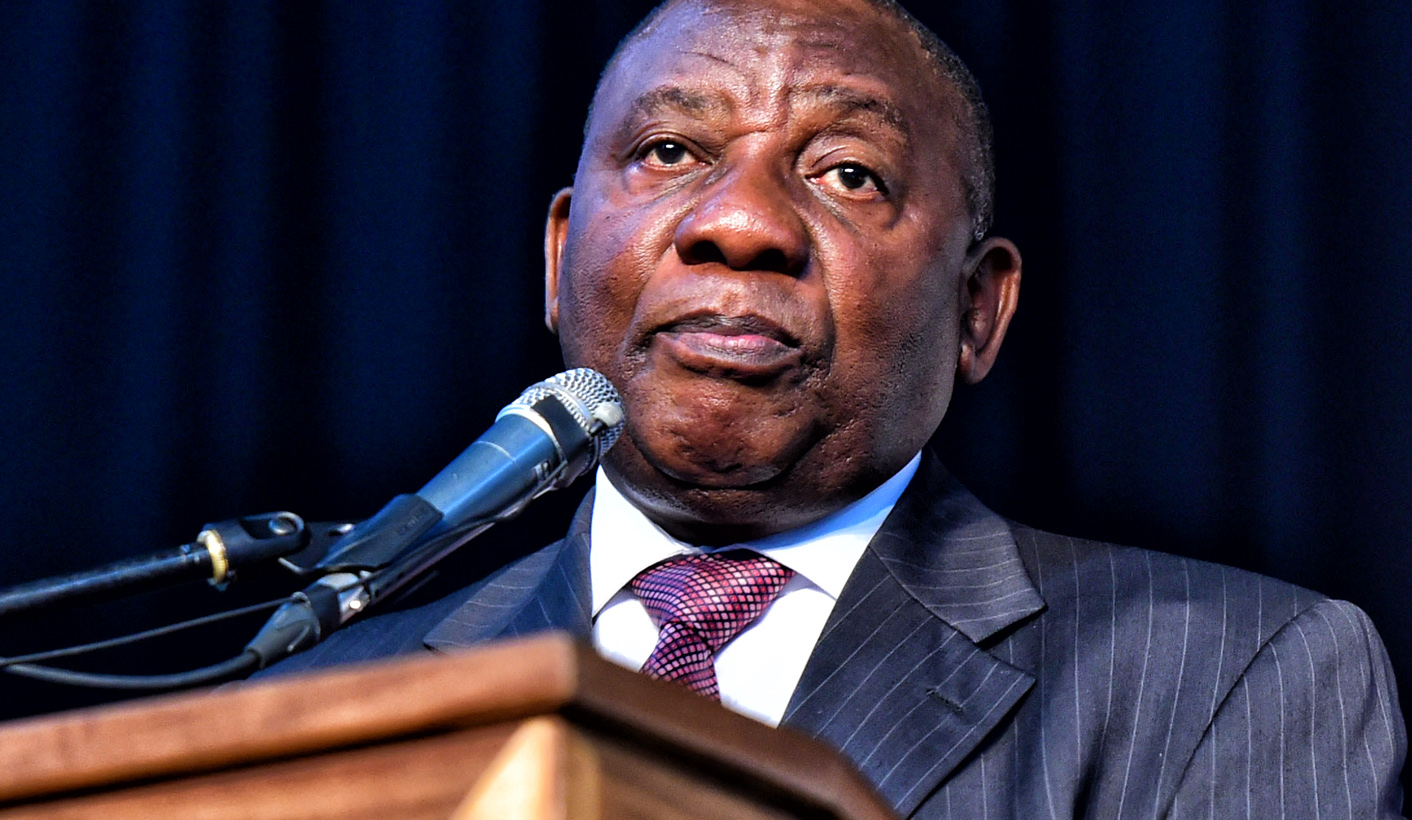 One of the truisms about politics is that it can be a dirty business. Friends are betrayed, backs are knifed, dirt is thrown. In the case of South Africa, where the stakes in the ANC are incredibly high, many among us have been waiting for the dirty war to start, for those involved in this to start throwing whatever mud they may have. Deputy President Cyril Ramaphosa on Wednesday may have given a demonstration of the best possible way to respond to this kind of attack. And by doing so, he may have revealed exactly how well organised his political team is. By STEPHEN GROOTES

On Sunday morning readers of the Sunday Times had the breath knocked out of them by ANC Women’s League leader Bathabile Dlamini. She said that action should not be taken against Deputy Higher Education Minister Mduduzi Manana for hitting a woman, because “there are others who have done worse than he has”. The comments were shocking on their own. Then came speculation about whether there was in fact a method to what often looks like the social development minister’s madness. That in fact Dlamini was making some sort of threat against one of President Zuma’s opponents.

Then, on Monday evening, EFF Commander-in-Chief Julius Malema gave an interview to Polokwane’s Capricorn FM. He was quoted as saying “Let me tell you why Bathabile says there are worse people than Mduduzi Manana in the ANC. She is referring to Cyril Ramaphosa; they are saying he used to beat up his wife”. In other words, his analysis of the situation was that Dlamini was throwing mud at Ramaphosa.

By this stage of the game, there was now enough in the political ether to start a discussion, to ask questions about whether it could be true, and if it was, whether it could actually affect the outcome of the ANC’s race.

But then came the masterstroke, in the person of Hope Ramaphosa. The ex-wife. Who gave an interview to EWN and the Midday Report, which was broadcast on Wednesday.

In the interview she denies the claims, completely. She says that she is shocked that those who have made the claims don’t even know her. Hope Ramaphosa goes further, discussing how one person on Twitter claimed to have lived near her and knew she was being beaten up. But, says Hope Ramaphosa, that could not be the case because at the time, in Polokwane, “all of our neighbours were white”, and this person is not.

There is also a wonderful quote about their marriage, that “I lived with him, and I had an opportunity to make him angry many times, but never ever did Cyril lift a finger to hit me, beat me, even abuse me with words”. It is about as explicit a denial as one could imagine.

But Hope Ramaphosa isn’t finished. Despite the break-down of their marriage, she is clearly still standing very much behind her (former) man. She thinks he would be a good President, saying that “I believe in that man, he would make a very good leader, and I think South Africa must check him out”.

There are probably not many people who could rely on their former spouse to be quite so supportive of them. Although, so complicated and convoluted is our politics at the moment, he is not the only candidate in this race who can rely on the support of their ex-spouse.

This incident tells us several things about Cyril Ramaphosa, as both the man and his campaign.

Firstly, it tells us, obviously, that he did not assault his ex-wife. So strong are her denials, so natural her delivery of them, and so staunch her support, that even the cynics who mutter about money and purchase should surely be silenced. This means, that the claim that he has ever assaulted her will be put to bed. It also means that any future such claims are likely to be disbelieved, because this claim was made, and then disproved.

But this incident must also surely show that the Ramaphosa camp is incredibly well organised. To be able to hit back against these claims, and to refute them so strongly less than 24 hours after Malema’s comments, is impressive. It suggests that this camp was aware that such a claim could be made, and might also have known on Sunday morning what Dlamini might have been up to. In short, this could show that his campaign is much better prepared than people had previously thought.

The control that Zuma has of the country’s intelligence services has led to intense speculation that some kind of attack will be made on Cyril Ramaphosa’s reputation before December. As we get closer and closer to that contest, the thought has been that the later it comes, the bigger the attack will be. In short, some kind of huge dirt was going to be thrown. This incident suggests that the Ramaphosa campaign is ready for such a tactic. That in fact, they have all sorts of responses ready for other such attacks.

This may offer more proof, to those who need it, that Cyril Ramaphosa does in fact have the stomach for a fight, that this is a very real campaign. It is not just that Hope Ramaphosa was available for an interview, it’s that the campaign moved so quickly to quell just the mere hint of a claim against him.

You have to ask at this point, if it would in fact be wise for Cyril Ramaphosa’s opponents to pursue his private life in this political way.

Consider, briefly, the domestic life of Zuma himself….

But this also tells us other things about Cyril Ramaphosa. It tells us, on the face of it at least, that even his ex-wife still likes him, and wants him to be President. It takes us back to a time when he would have been first married, and tells us that he chose a person who was confident, assertive and, based on what we can see, able to look back on a marriage and reflect on how and why it broke up, and on her own part in that marriage (she offered a critique of herself as being very young and headstrong at the time of their wedding, she was not asked, and did not offer, any critique of his behaviour at the time).

This suggests that he was also attracted to intelligence. The fact he was also married to businessperson Nomazizi Mtshotshisa, and now to Dr Tshepo Motsepe, would suggest that hasn’t changed.

This story around Hope Ramaphosa is the kind of story that leads news bulletins for only a day or so. It does not appear to have legs, the denial is too profound. But it is significant. It shows that Ramaphosa is ready,  willing and able to campaign strongly. It almost proves that everything else we have seen this year, from his appearance at Davos (“Last night I slept in the President’s bed….because he couldn’t be here” , through to his condemnation of Zuma’s reshuffle (“It is unacceptable”  to his appearance at the SACP conference (“The house is burning”), is part of a coordinated campaign.

Which in turn means, that other plans could soon come to fruition. DM