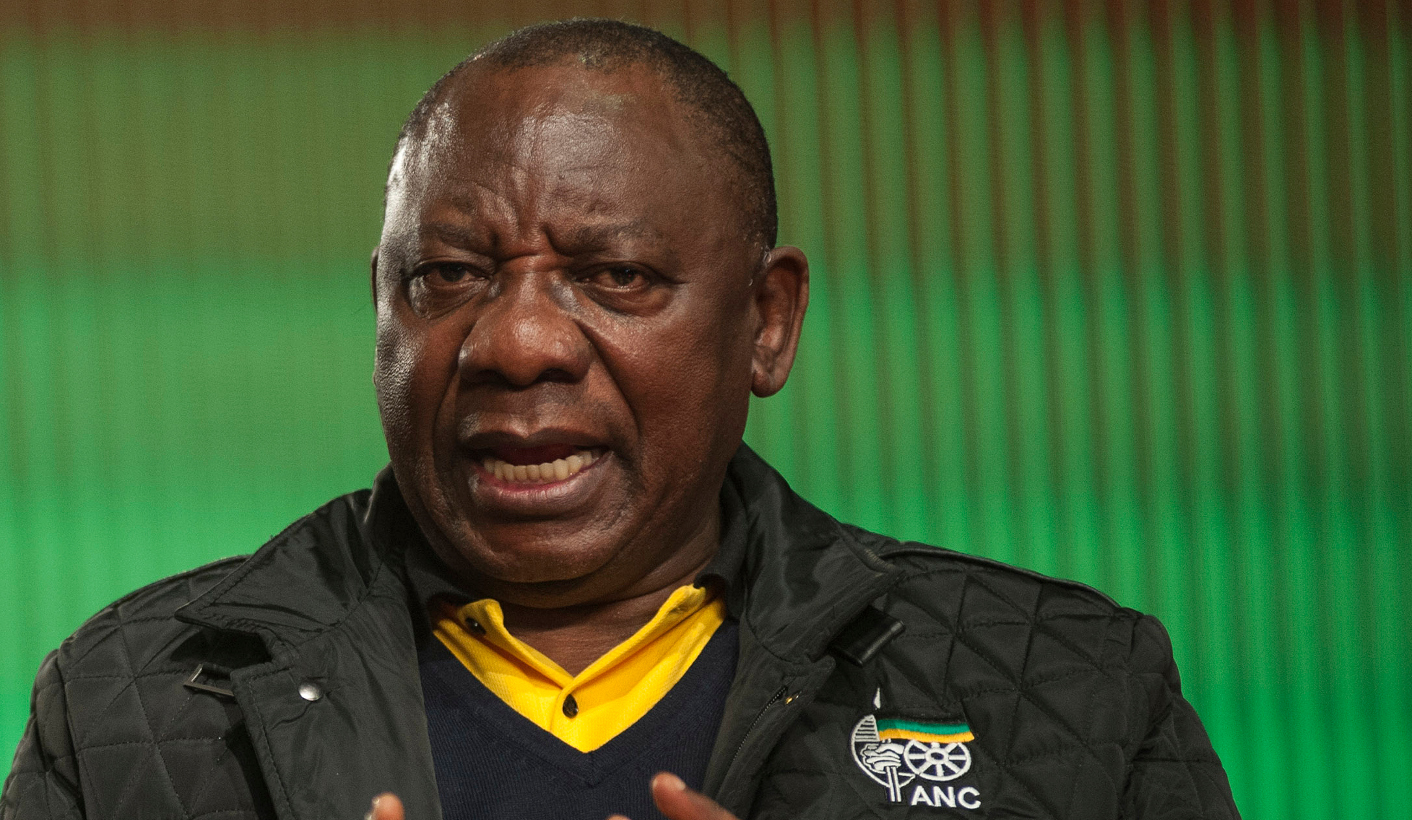 A passionate and charismatic Cyril Ramaphosa urged the SACP on Wednesday to remain in alliance with the ANC and Cosatu. The Deputy President slammed state capture and again urged for a commission of inquiry to be established. By GREG NICOLSON.

Ramaphosa’s camp won a number of symbolic victories at the recent ANC policy conference, which was largely a proxy battle for the party’s leadership race. Delegates said “monopoly capital” rather than “white minority capital” defined the economy and the party needed to implement “radical socio-economic transformation” rather than “radical economic transformation”. The deputy president, however, said little to the media while President Jacob Zuma dominated headlines with his opening and closing addresses.

On Wednesday, Ramaphosa found his voice. Speaking at the South African Communist Party’s (SACP) national conference in Boksburg, he spoke out against state capture while urging the SACP to remain within the Tripartite Alliance.

“At no other point in the history of our movement has factionalism and division been so brazen, so pronounced and so confident,” said Ramaphosa. The causes were outlined in ANC Secretary General Gwede Mantashe’s diagnostic report, adopted at the policy conference after significant debate. Every day there is more information revealed on the network of illicit relationships, he said, “designed to benefit just one family and their associates”.

Ramaphosa read from a statement issued this week by the Family Policy Institute and quoted sections lamenting the billions of rand siphoned to the Guptas, the rot at state-owned entities, disarray at institutions of justice, and how South Africa is sacrificing its sovereignty to foreign organisations. (Unsurprisingly, he didn’t read the sentence that said: “SA policy on prostitution, parental rights and authority, sex-education in schools and hate crimes are all determined by either the United Nations or wealthy liberal foreign groups.”)

The Deputy President called for a judicial commission of inquiry to be appointed without delay. “The house is burning. Let us appoint this judicial inquiry.” He said law enforcement agencies must hold suspects accountable and institutions designed to protect democracy need to be defended. He called for the alliance to draw a line in the sand against the capture of democratic institutions.

The appointment of a judicial inquiry as recommended by former public protector Thuli Madonsela is looking more likely after her successor Busisiwe Mkhwebane said on Tuesday it should proceed and be led by a person chosen by the Chief Justice rather than the President.

“We now know without any shred of uncertainty that billions of rands of public resources have been diverted into the pockets of a few. We also know that we as taxpayers in this country also paid for a lavish wedding that took place in Sun City. These are resources that rightly belong to the people of South Africa,” said Ramaphosa.

“I am one of those who will not remain quiet.” He said alliance members must speak out. “When things like these are spewing out in our national discourse we cannot turn a blind eye to these revelations, nor can we keep quiet.” Ramaphosa criticised the influence of the Gupta family’s former PR firm Bell Pottinger and said it was worrying comrades took up revolutionary slogans re-purposed by the British company to benefit the Guptas.

At its conference, the SACP will try to either figure out how the alliance should be reconfigured, or decide to distance itself from the ruling party, and perhaps even contest elections independently. Ramaphosa urged the party to pause and ask whether, while the country and alliance were struggling, they would be stronger together or alone.

“As we have done for decades and as we continue to do, we must resist each effort to destroy this alliance. This alliance was built through blood and struggle and it must continue and continue forever,” he said. “To destroy the alliance between the ANC and SACP would be indeed a grave mistake to which history would provide no absolution. We would have committed a grave error.”

Cosatu General Secretary Bheki Ntshalintshali, speaking on Wednesday, said the federation backs Ramaphosa as the next ANC president. He said Ramaphosa would not be given a blank cheque and as leader, must help the party reconnect with society and take responsibility for his actions.

During the party’s event, which ends on Saturday, the SACP resolved to hold a special conference next year to review the ANC’s national elective conference in December. The SACP is considering this week its relationship with the ANC, but may suspend tough decisions, such as whether to contest elections separately, until after the ANC’s conference.

Ramaphosa lauded the recent ANC policy conference as “a real milestone” in beginning to renew and unite. He said a platform was built on which the ANC could build on at its December conference. However, he placed a heavy emphasis on the need for the SACP to come up with solutions to the crises. SACP proposals have often been overlooked by the alliance leader in the past and delegates would be forgiven if they were sceptical of Ramaphosa’s call. DM