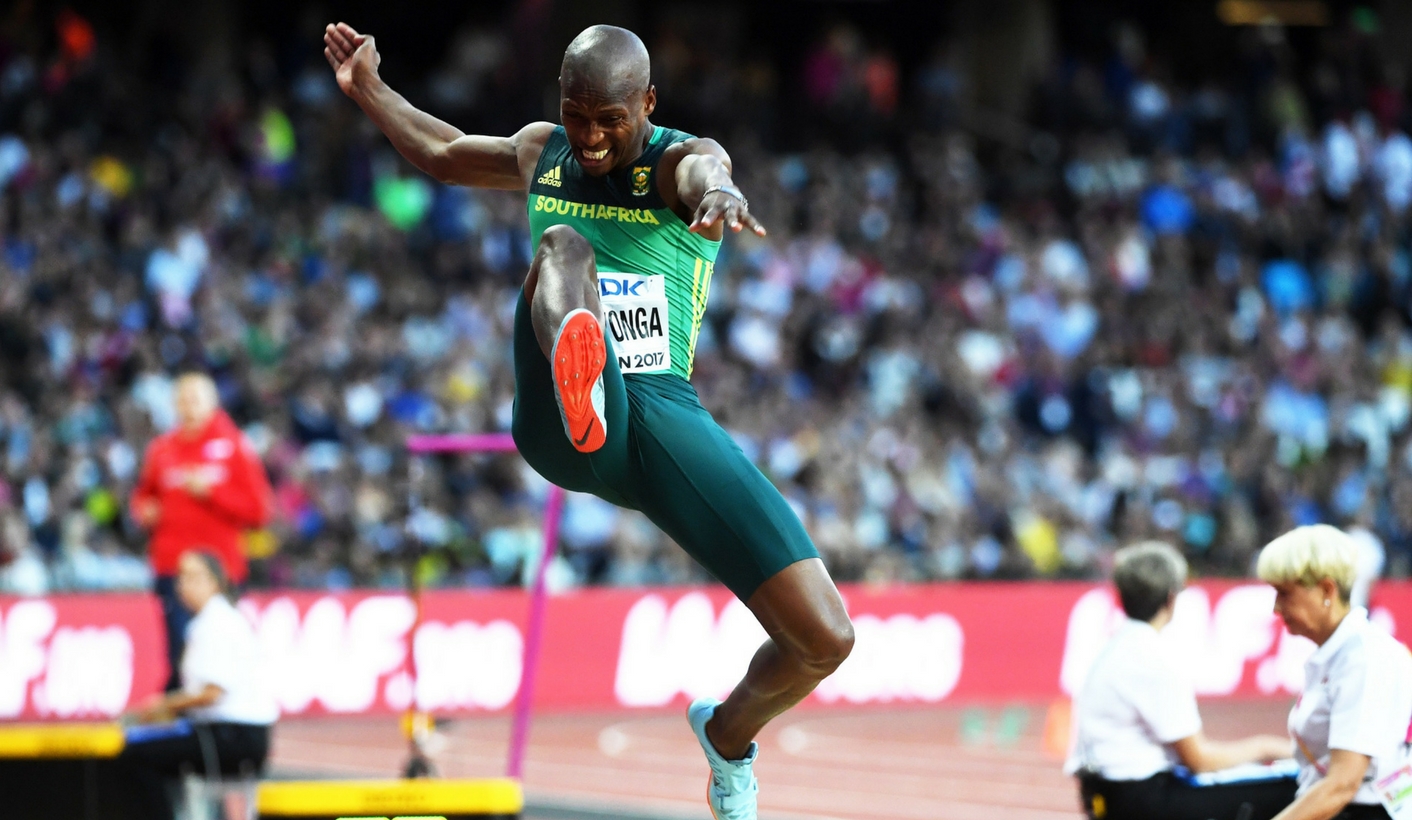 At the 2016 Rio Olympics, South Africa’s Luvo Manyonga was the biggest story of the competition. Not because of his silver medal, but because of the backstory. Impossible.

The fact that he was alive and competing on the world stage is something many – including the athlete himself – at one stage thought was impossible.

At the 2017 IAAF World Championships, Manyonga once again kicked sand in the eyes of the impossible.

Having struggled with a few minor injury niggles this year, but still with the world-leading distance heading into the event, the South African was very much the . And he did not disappoint.

Cool and calm as ever, Manyonga sealed South Africa’s first medal of the IAAF World Championships with a leap of 8.48m.

On the night, Manyonga’s jumps were far from perfect, but they were enough. And on this wild journey, enough was all that was needed this time around.

It started with a foul, followed by the giant leap that would win him the gold in what was a tight tussle between Manyonga and  American Jarrion Lawson.

With just five centimeters separating the two by the time of the final jump, Manyonga already had the strut of a World Champion.

With teammate Ruswahl Samaai leaping to bronze just moments before, Manyonga cheered on his rival on his final try. Lawson’s attempt was good, not good enough to knock Manyonga off his perch and the South African dropped to his knees in a moment of awe and appreciation. He ended the night with another foul, but that hardly mattered.

Later, he joined Samaai in a bowed in a quiet moment of grace before both soaked in the celebrations.

Manyonga’s journey from doping ban, to recovery from addiction and grabbing silver at the Olympics – losing by a mere – has been well-documented by now. That little is mentioned as matter-of-factly as the fact that he keeps setting national and African records.

His ability to evolve from 2016’s Comeback Kid of the Year to the Man Everyone Wants to Beat is to his character, but it’s not just what Manyonga does that makes him so exceptional. It’s how he does it.

Launching yourself through the air and into a sandpit isn’t exactly glamorous. Limbs flutter in all directions, perpetually out of synch with each other. And then you land a heap of dirt before dusting yourself off and doing it again.

Unless your name is Luvo Manyonga. Somehow, the South African makes jumping into a pit of sand look utterly magical. From the moment he inhales his first shallow breath at the start of his run up right through until he gleefully emerges from the sand, everything about Manyonga’s execution is perfect.

Sometimes it starts with getting the crowd riled up. A shallow breath follows. A bit of self-encouragement, muttered underneath his breath. A bite of the lip. Inhale. The hand over his head, gliding through an invisible Mohawk. And then he launches into biometric precision. His upright run blossoms into a launch through the air with him using every ounce of energy to move as far forward as he can.

He drags them out and sweeps you up into a magical world where he’s the king in an extraordinary world where we can hear every muscle twitch and see every tendon clench.

In Luvo’s Extraordinary Kingdom, sandpits aren’t unglamorous granules. They are his throne and the sand his servants.

It doesn’t always go perfectly. There are times where Manyonga oversteps and all that perfection is reduced to a giant red X. Yet, somehow, he always manages to gather his composure under pressure to revive the unrivaled perfection.

The 26-year old has a cheeky swagger about him. His confidence can easily be mistaken for arrogance, but even if he did exhibit the latter, it would be entirely warranted. He is damn good at what he does and he knows it. He deserves every single plaudit that gets thrown his way.

He deserves it not because of the great battles he has overcome. He deserves it because such perfection comes along rarely. And we all just want to live in Luvo’s Extraordinary Kingdom for eternity. DM