Op-Ed: The American War on Drugs – A cautionary tale for the South African Police 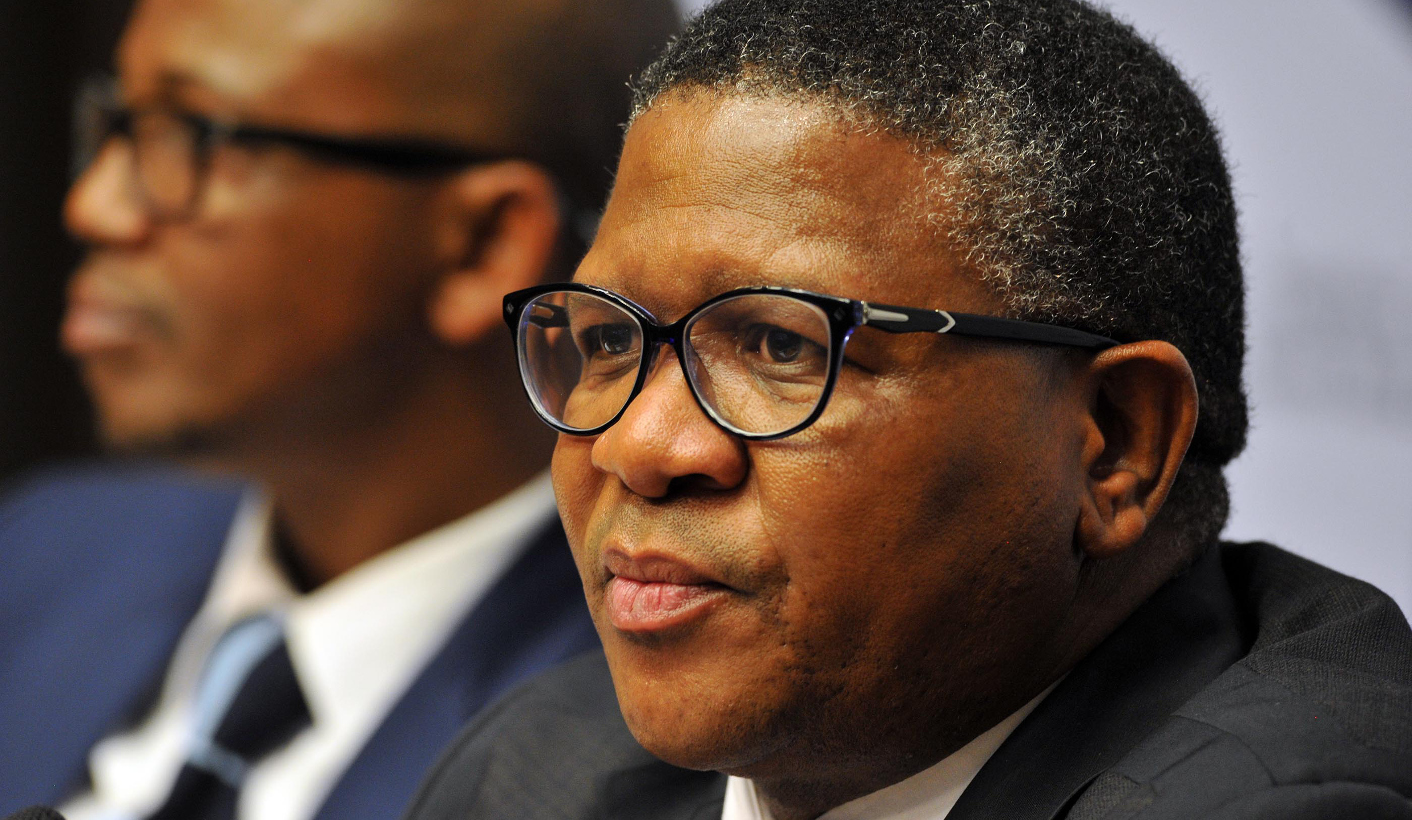 Recently successful drug raids have continued the momentum of Fikile Mbalula’s project to strengthen the image of the police and put a dent in South Africa’s drug use. While there’s reason to be optimistic about the minister’s enthusiasm, he would do well to contemplate the ways in which these efforts echo the ineffectiveness of the “war on drugs” in the United States. By DAVID REIERSGORD.

In praise of the recent raids, Fikile Mbalula emphasised the role of intelligence as an important part of stopping drug crimes and operations. He said this work would extend South Africa’s war on drugs by targeting the “big bosses”. Like the United States government, the South African government still relies on a policy of drug prohibition which, in 2011, was declared by the Global Commission on Drug Policy as a failure “with devastating consequences for people and societies around the world”.

With the negative attitude South Africans have towards the South African Police Service (SAPS), Mbalula’s attempt to renew its image through redoubling its efforts is noteworthy. It’s inspiring to have a presence in society that makes one feel as if alleviating crime is a top priority. But, Mbalala’s publicly aggressive rhetoric concerning police tactics could have damaging unintended outcomes.

If we look to the United States, where the war on drugs has been waged aggressively, we get a sense of how the outcomes of such an effort can sometimes be far from the intentions that guide it. Most tellingly perhaps of all is that despite this war, which has cost more than one trillion dollars (R1,295,270,000,000), the rate of illicit drug usage has increased over the past 15 years.

Since the 1970s, the United States has been unsuccessfully waging a war on drugs. This war federally categorised – and thus prohibited – the use of controlled substances according to medicinal value, as well as implemented harsher sentencing for minor drug offences like marijuana possession. These adjustments resulted in a significant upswing in the national incarcerated population since the 1980s, which only recently has begun to slow down.

As technology has improved, new mechanisms have been absorbed by police. One of the recent trends in the United States has been the militarisation of police. In post 9/11 America, where heightened security is the default setting, police departments have been steadily upgrading their equipment through grants from the Justice Department, and surplus military gear.

These upgrades may have contributed to a steady drop in the national crime rate over the last 20 years in the United States. More often than not, however, militarised shows of force are not unsuccessful. According to the American Civil Liberties Union, these raids produce drugs or guns less than 40% of the time. Additionally, the increase in the use of force has had disastrous and fatal consequences for those mistakenly subjected to raids. The intent of militarisation is to enhance the capabilities of police departments. However, the outcomes have put the public at risk, and call attention to the unsustainability of the use of such force as a standard, rather than a necessary, exception.

Although Mbalula has been handed a police force that’s in the process of demilitarising, the language he’s used when referring to crime and criminals reflects a militarised approach. In his first speech as the Minister of Police, from April of this year, Mbalula stated that the SAPS “are not going to be soft in fighting crime and dealing with criminals. Simply put, our relationship with criminals is chalk and cheese.” He also said police need to be “merciless” with criminals and “nail them”.

This strong language is used often and intended to speak to a public that’s fed up with crime, and taking into account the recent increase in drug crime, the type of raid in Soweto could become frequent and forceful.

An indication of a public that’s fed up with crime is the fact that the Soweto raid was a success because of an anonymous tip. Indeed, according to one estimate, only 10% of all drugs smuggled into any country are ever seized, which could explain why Mbalula said “it’s not easy to detect such operations”. With the kind of action the SAPS takes when investigating drug “bosses” through early morning raids, it thus needs to be mindful of how the complexity of such work could put the public at risk, as it does in the United States. In South Africa, where anonymous tips play an important role, criminals could make use of anonymous tips to delegitimise their authenticity, or people could actually become reluctant to report crime anonymously, because they fear the consequences and don’t have faith in the police to protect them.

Though, in a conversation about drug crime, it’s worth noting that South Africa doesn’t conduct a nationally representative survey of drug use. The lack of this data makes it difficult to get a hold of how serious drug abuse is, which is information that could no doubt enable strategies the SAPS employs to reduce drug crimes.

We also have to contemplate how an uptick in drug crime that’s matched by an increase in force by the police could negatively contribute to South Africa’s unstable prison population and infrastructure. According to the most recent report from the Judicial Inspectorate for Correctional Services, South Africa’s inmate population at the end of 2016 was just over 157,000. Despite this figure, South Africa’s prisons only have less than 120,000 spaces available for prisoners, an issue that takes time to resolve, and one that could potentially put dangerous individuals back into society in an effort to make space for new convicts. Again, a lack of reliable data on South African prisons makes it difficult to assess the situation with serious clarity.

While Mbalula’s enthusiasm for policing is a positive development, he should be cautious with the aggressive language he uses. Although well intentioned, some of the outcomes related to drug use, the safety of the public and prison populations produced by this approach may not always be desirable. These documented outcomes in the United States should be a cautionary tale for South Africa, which seems to be stepping up its own war on drugs. DM