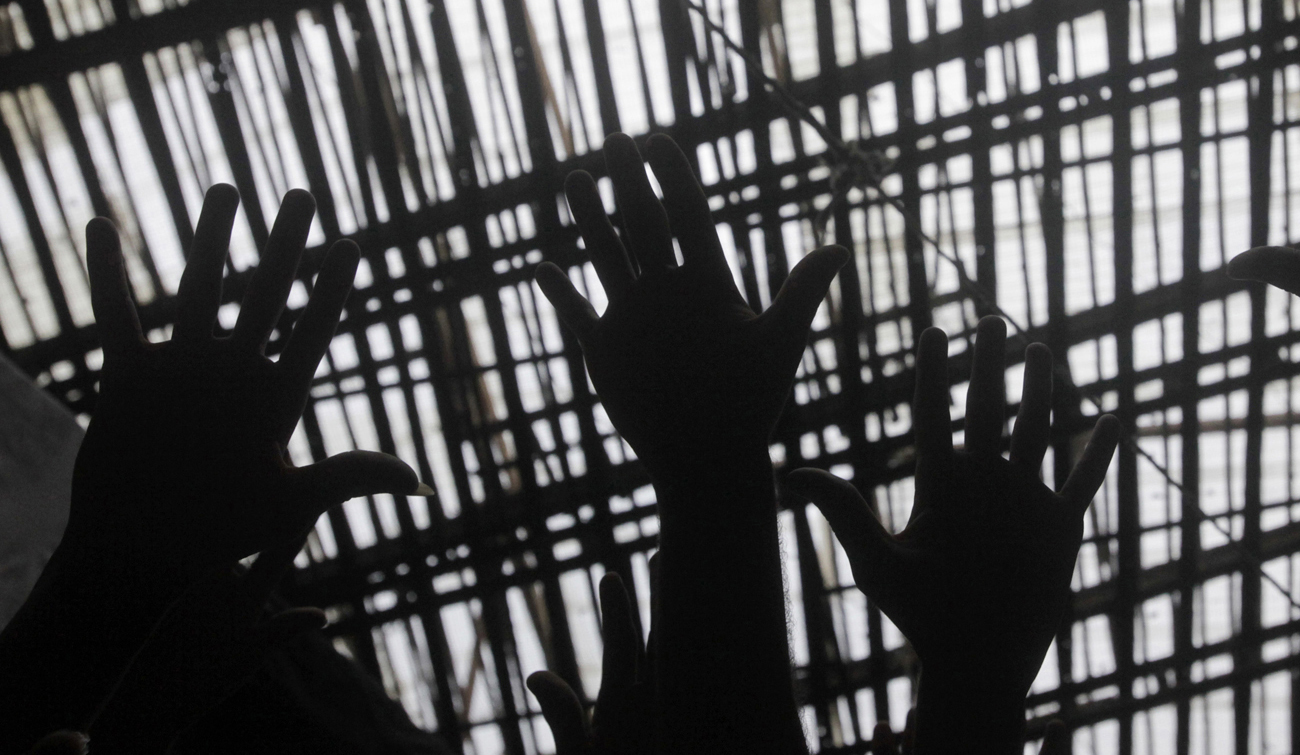 South Africa’s most famous ex-prisoner wrote in his autobiography that “no one truly knows a nation until one has been inside its jails”. In this fact sheet, we provide data to show what’s going on inside South African prisons. By GOPOLANG MAKOU, INA SKOSANA and RUTH HOPKINS.

In December 2015, the United Nations general assembly adopted the first update to minimum standards on treating prisoners in 50 years – and named it in late South African president Nelson Mandela’s honour.

The UN Standard Minimum Rules for the Treatment of Prisoners – known as the Nelson Mandela rules – contain 122 rules which “represent, as a whole, the minimum conditions which are accepted as suitable by the United Nations”.

The assembly further decided that Nelson Mandela International Day, celebrated on 18 July each year, be used to promote humane conditions of imprisonment.

In this fact sheet, we provide an overview of South Africa’s prison sector and list the biggest pressure points.

The Judicial Inspectorate for Correctional Services is the body tasked with overseeing South Africa’s correctional services and inspecting and reporting on how inmates are treated.

(Note: Two advocacy groups have launched a court bid to ensure the inspectorate enjoys the institutional independence that the Constitution requires. It is currently receiving its budget from the department of correctional services and is administratively and operationally linked to it, making it very difficult for the inspectorate to hold the department accountable for violations.)

The inspectorate’s most recent annual report notes that South Africa had 236 operational prisons at the end of March 2016, with seven “under some form of renovation” at the time.

At the end of 2016, South Africa’s inmate population stood at 157,013 people, Singabakho Nxumalo, spokesman of the department of correctional services, told Africa Check. Most were men (152,889), with women making up 2.6% of inmates.

A quarter of prisoners in the 2015/16 financial year were remand detainees, defined as people awaiting trial or those awaiting extradition. The number of these inmates has decreased slightly over the last six years, while the overall population remained relatively stable.

Nxumalo also provided Africa Check with a racial breakdown of the prison population at the end of 2016.

In answer to a June 2017 parliamentary question, the minister of justice and correctional services said that 11,842 foreigners were being held in South African correctional facilities. Of these, 7,345 had been sentenced and 4,497 were awaiting trial, with 1,380 being prosecuted for being in the country illegally. The majority were Zimbabweans (41.5%), followed by Mozambicans (24%).

In his 2016 budget vote speech, correctional services minister Michael Masutha said that the auditor-general “still has serious concerns about the credibility of our records”.

The auditor-general’s report for 2015/16 stated that the department’s reported performance information for its incarceration, rehabilitation and care programmes wasn’t reliable “when compared to the evidence provided”.

This calls into question several crucial indicators, such as the number of inmates who had escaped, died unnaturally or were injured in an assault.

Prisons in urban areas have the worst overcrowding rates. In the 2015/16 financial year, Johannesburg Correctional Centre’s Medium B was 233% full, which translates into a shortage of 1,736 beds.

Pollsmoor prison in Cape Town had the biggest shortage of beds (2,448) in 2015/16 financial year. Following a court challenge by Sonke Gender Justice and Lawyers for Human Rights, the Western Cape High Court held that the conditions in Pollsmoor’s remand detention centre were unconstitutional. Leptospirosis, a disease spread by rats, had by then claimed two lives.

The court ordered that government reduce overcrowding to 150% within six months.

In the end, Ballard added, the cause of overcrowding “is a poorly functioning criminal justice system – we’re simply not prosecuting crime at the rate and pace and with the effectiveness we should be.”

Rule 24 of the Nelson Mandela Rules states that the healthcare of prisoners is the government’s responsibility. These healthcare services include the treatment of infectious diseases such as HIV and tuberculosis (TB).

In a landmark Constitutional Court case, the state’s responsibility to take care of prisoners’ health was solidified.

Dudley Lee contracted TB while he was an awaiting trial inmate at Pollsmoor prison between 1999 and 2004. Lee sued the minister of correctional services for failing to implement the measures required by law to decrease the risk of disease in prisons.

After a seven-year court battle, Lee won his case and was awarded R270,000 in damages.

“The Lee case requires an overhaul of health services and prevention in prisons. There has been an unprecedented influx of international funding from the Global Fund and PEPFAR for TB screening and testing in prisons,” John Stephens told Africa Check. Stephens is a senior legal researcher at the activist organisation, Section27.

“Screening, testing and treatment are critical, but unless we deal with the issues of overcrowding and ventilation we are throwing money away,’’ says Stephens.

The first of the Mandela Rules states: “No prisoner shall be subjected to, and all prisoners shall be protected from, torture and other cruel, inhuman or degrading treatment or punishment, for which no circumstances whatsoever may be invoked as a justification.”

Dr Malose Langa, a lecturer in the psychology department of the University of the Witwatersrand, conducted an analysis of torture in South Africa. He focused on cases reported in the annual reports of the Independent Police Investigative Directorate (IPID) and the Judicial Inspectorate for Correctional Services (JICS) between 2007 and 2011.

Langa found that assault by prison officials was one of the most common complaints reported to the JICS (6,000 cases) and IPID, which received 1,778 complaints of assault and 89 of torture in the same time frame. According to Langa’s analysis, more than 200 inmates died of unnatural causes such as suicide and assault in the period.

In 2013, the Prevention and Combating of Torture of Persons Act was introduced, which criminalised torture in South Africa. The Act’s definition of torture includes any act that causes severe mental or physical pain or suffering with the aim of extracting information or a confession from a person; or as a form of punishment or coercion.

Langa said that the introduction of the act has not “changed anything in the prosecution of officials who torture inmates”. IPID’s 2015/2016 annual report listed three police officials prosecuted for torture under the new act.

Despite JICS documenting 15 complaints of torture in its latest annual report, Luvuyo Mfaku, spokesperson for the National Prosecuting Authority (NPA), couldn’t provide the Wits Justice Project with the number of torture cases that has been prosecuted since the introduction of the act.

“We don’t categorise crimes in a specific database if they fall under general prosecutions,” he said.

Apart from assault, segregation – formerly known as solitary confinement or isolation – is one of the most common methods of torture used in prisons, according to Langa.

The Correctional Services Act defines solitary confinement as “being held in a single cell with loss of all amenities” which “may be for part of or the whole day”. It also lists the conditions under which segregation is permissible:

The prisoner furthermore needs to be visited by a medical practitioner every day and it may only be imposed for a period of seven days, with prolonged isolation only permissible under strict conditions.

Despite these provisions, four civil society organisations operating in South Africa submitted to the United Nations Human Rights Committee that “there is reason to conclude” that solitary confinement as a form of punishment “still occurs under the guise of ‘segregation’”. DM

With thanks to the Wits Justice Project, which use investigative journalism to expose miscarriages of justice, for input and guidance in putting this fact sheet together.