The losing battle against TB in prisons 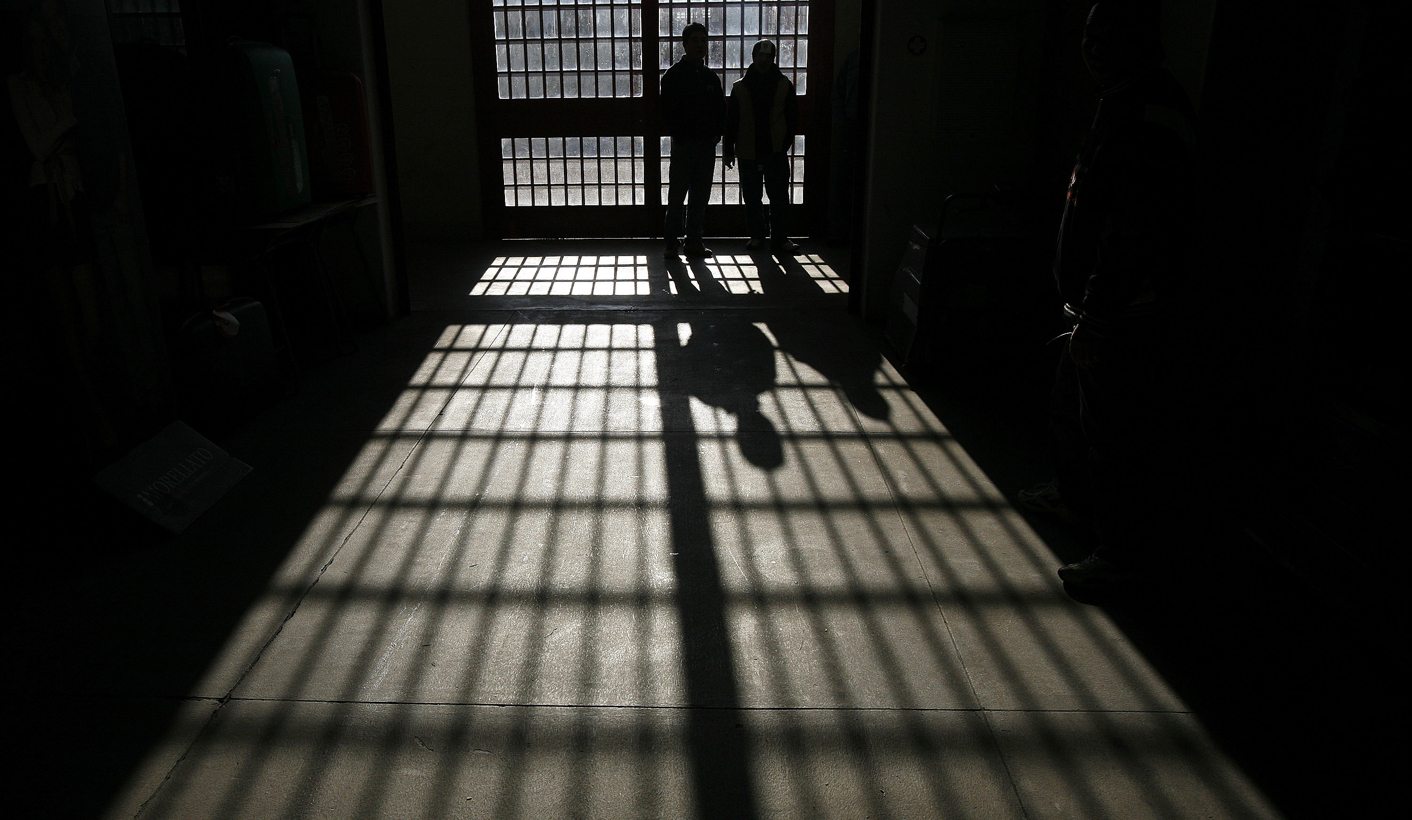 Tuberculosis is a manageable disease and can quite easily be contained. Yet it is raging out of control in our prisons, writes RUTH HOPKINS.

Like ailing statesman Nelson Mandela, Dudley Lee contracted tuberculosis in Cape Town’s notoriously overcrowded Pollsmoor prison. Though Lee was eventually acquitted, he spent four years awaiting trial on charges relating to money laundering, forgery and fraud in a cell he describes as a “pig sty, a mad house and a health time bomb”.

“There was a lot of smoking going on; it smelled terrible,” Lee says. “The cells were overcrowded, damp and dark.”

To make matters worse, when he was diagnosed with tuberculosis, he was forced to bribe warders to take him to a doctor.

Conditions at Pollsmoor are typical of South African prison accommodation nationwide – particularly for awaiting-trial prisoners. So it’s not surprising that tuberculosis is the biggest killer in South African correctional centres, despite it being a manageable disease that can be contained through reasonably simple measures.

The reasons why these measures are not being implemented were discussed last month during a roundtable on TB management in prisons, hosted by the Centre for Applied Legal Studies, Treatment Action Campaign, Section 27 and the Wits Justice Project.

The Constitutional Court ruled in December that the state had been negligent in its approach to TB in prisons. Lee successfully sued the Department for Correctional Services (DCS) for his infection with TB while he was incarcerated in Pollsmoor prison from 1999 to his acquittal in 2004.

The Constitutional Court recognised that “the responsible authorities were aware that there was an appreciable risk of infection and contagion of TB in crowded living circumstances. Being aware of that risk, they had a duty to take reasonable measures.” Lee is suing for damages of around R800,000 in the Western Cape High Court.

The ruling obliges government effectively to curb the spread of the deadly pulmonary disease in correctional facilities. DCS and the Department of Health have teamed up and they presented their answer to the Lee judgment during the roundtable discussion. The two departments have drafted policy guidelines for the Management of Tuberculosis in Correctional Centres.

But are these guidelines really the much-needed panacea for the TB scourge, or are they merely another policy document on top of a plethora of already existing legally binding laws and measures? Shouldn’t DCS respect its own regulations in the field of cell occupancy and related issues before it introduces more paperwork?

Scientist Robin Wood and his fellow researchers at the University of Cape Town already alerted the government in 2011 to the fact that in the current situation – with damp, overcrowded and poorly ventilated cells, and sketchy, or non-existent screening of incoming inmates – the chance of an inmate contracting TB stands at 90%. If DCS would comply with its own Standing Orders relating to cell occupancy, the spread of TB could be decreased by 30%. If international guidelines were adhered to, it could even be halved, according to the researchers.

Implementing these rules is not just a matter of correct bureaucracy, but of life and death. Take Soweto-born Bobby Leping. He was arrested in 2009 for illegal possession of firearms, following a family tiff. He was remanded in Johannesburg’s Sun City prison and soon transferred to Pretoria’s local prison. Somewhere along the way, Bobby contracted TB. His repeated demands to see the prison doctor were ignored until it was too late.

In 2012, a judge acquitted him of all charges and he was released. His sisters, Josephine and Margaret, were elated when they heard the news, but the elation quickly changed to desperation when they went to pick him up. They found their brother unconscious, lying on a patch of grass just outside the prison hospital. He had been deposited there by prison officials after his release. His siblings rushed him to hospital, where he died two weeks later.

According to the Judicial Inspectorate for Correctional Services (JICS), 110 of the roughly 800 natural deaths in prisons in 2011/2012 were caused by TB. The disease spreads quickly to the general population, as the turnover rate in prisons, especially the awaiting trial sections, is high. The fact that exit or incoming screening hardly happens exacerbates matters.

Medical parolee Ludick Mabyane, who spoke at the roundtable, feared he was going to end up like Leping. Mabyane said he was “afraid to die” after contracting the disease in Losperfontein prison. He was sentenced in 2004 after he shot someone while on the job as a police officer. After his first year in jail, he started feeling sick. He asked to see a doctor, but his calls for help went unheard.

“No one listened to me and I was getting increasingly ill every day,” said Mabyane. “They eventually suggested I see a psychiatrist. I was staring death in the eye.” He was admitted to hospital as his symptoms worsened, and when his condition deteriorated drastically, he was placed on medical parole in 2007. Against his expectations, he recovered.

Unlike many inmates who suffered a similar ordeal, Dudley Lee managed to access a lawyer who took the case to the High Court, the Supreme Court of Appeal and ultimately the Constitutional Court, after his acquittal.

Lee’s Cape Town-based attorney Jonathan Cohen thinks the judgment has opened up a viable avenue for other inmates who contracted TB. Cohen is representing two other clients who entered the prison system as healthy men and contracted tuberculosis during their incarceration. DCS argued before the Constitutional Court that a positive decision would “open the floodgates” for other inmates – hundreds or even thousands could now sue the government and cost the taxpayer money. Half a year after the judgment, though, Cohen seems to be the only lawyer who is litigating.

“There are enough affected people out there who would have potential claims,” Cohen said. “If circumstances are present for a similar claim to that of Mr Lee, then I can’t see why the state would continue to defend the indefensible. The Dudley Lee judgment was a springboard, a message that the state is not immune or incapable of being held accountable. Certainly if I were in the decision-making process it would be more effective to take precautionary measures instead of dealing with a flood of claims.”

The guidelines on TB management are not perceived as a convincing dam to stem that flood of claims. The organisers of the roundtable criticised the guidelines, as they do not suggest a strategy that addresses the severe shortage of qualified medical staff. On the contrary, the guidelines state confidently that inmates have “100% access to primary health-care services”. This, the organisations pointed out, is not supported by evidence. Moreover, it is not mentioned how the existing body of rules and regulations should be monitored and implemented.

Lee envisages a more proactive strategy than the guidelines suggest: “We need to start a war on TB,” he says.

Maria Mabena, the director of health care services within DCS, says: “The Dudley Lee judgment required the Department to strengthen its system and processes in the management of TB in prisons. There are policies and laws that need to be adhered to. Government is really trying to tackle TB. The problem is that most prisons were built many years ago and that contributes to the spread of TB, because the infrastructure is out-dated and worn. But that falls under the responsibility of the Department of Public Works.”

Until the various governmental departments manage to work together to finally stamp out this unnecessary killer, Mandela’s famous quote on South African jails remain relevant: “A nation should not be judged by how it treats its highest citizens, but its lowest ones… and South Africa treated its imprisoned citizens like animals.” DM

Photo: South African prisoners queue up to register to vote at a jail in Bloemfontein March 9, 2004, after the Constitutional Court ruled prisoners should be allowed to take part in April 14 general elections. REUTERS/Stringer