Op-Ed: Islamic State’s future lies in a narrative of an imaginary world that became reality 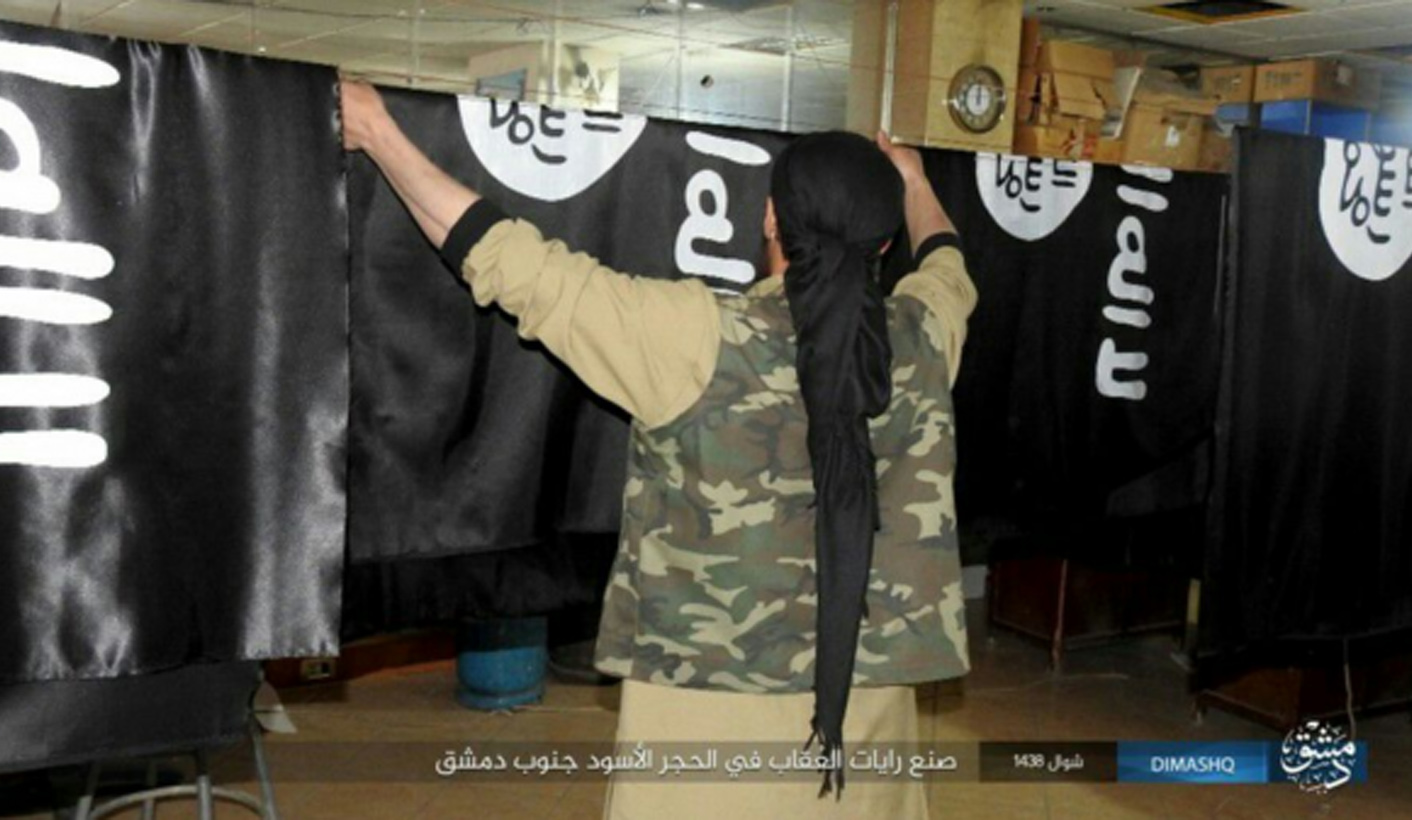 The Islamic State’s legacy of a Caliphate will be the centrepiece of the immediate future as herein is embedded an imaginary world that has become reality; the martyr that was born against all odds, that was ruled by a governance structure, that provided a safe haven for those willing to make sacrifices and that was attacked by an alliance of “monsters”. By JASMINE OPPERMAN.

The Hybrid Nature of the Islamic State

On 10 July 2017, Iraq’s Prime Minister Haider al-Abadi declared victory over the Islamic State in Mosul. Defeating the Islamic State at Mosul deserves a moment of celebration, but arguing that this is the beginning of the end calls for caution.

The Islamic State’s future has never been Caliphate bound, has never been a contracted projection that the Caliphate can be sustainable. To the contrary, the Caliphate project has been part and parcel of a long-term extremist scheme in which the battle between “good” and “evil” will culminate in the formation of a Caliphate as the only means of governance and rule of law of one world-wide state, of one world order.

In seeking the final battle between “good” and “evil” the Islamic State relies on a hybrid trajectory, namely a classical terrorist organisation, an insurgency movement and a government.

The Islamic State has proven to various degrees its capability at all three levels:

Expand-and-control strategies via Wilayahs have not been equal in success, but have allowed gateways for a presence beyond the Caliphate, for example Libya, Sinai, Khurasan (Afghanistan and Pakistan) and West Africa.

How the IS will retain such interactive “governance” without a Caliphate presented a challenge. The Islamic State showed its flexibility and adjusted its trajectory tactics. Muhammad al-Adnani, killed in August 2016 near Aleppo, called on supporters not being able to travel to the Caliphate to carry out attacks where they resided, as such acts would be an extension of the battle against the enemy. The Islamic State implemented a dual strategy, namely one of expand and control, as well as one of expansion by means of mere presence, culminating in inspired and directed attacks. This dual strategy underlined the Islamic State’s hybrid nature.

The Narrative: An Imaginary World that became a Reality

Central to the hybrid nature of the Islamic State and its projection is the organisation’s ability to control a narrative to followers and recruiters, a narrative that has never deviated from the group’s extremist ideology. The simplicity is seen in important characteristics present in its narrative:

It is this narrative and the ability to adjust and present this imaginary message that will be central to the success or failure in the short to medium life of the Islamic State. It is a narrative not only propagating a self-righteous cause, but provides detailed guidance and direction on how to execute attacks. The Islamic State’s propaganda magazine Rumiyah, published in various languages, ran a series of sections with the heading: “Just Terror Tactics”. Supporters were provided with options on types of attacks, i.e. knives or vehicles, as well as choice of targets to cause mass casualties. In this imaginary world there are no suicide bombers or fighters killed, but a “Caravan of Martyrs”.

The flexibility to exploit all available opportunities to propagate its presence was apparent in the most recent publication of Rumiyah, where irrespective of failed attacks in Belgium on 20 June 2017 and France on 19 June 2017, the attackers were hailed as “soldiers of the Caliphate”.

Insert: Claims to credit by the Islamic State as published in the most recent release of its propaganda magazine Rumiyah

Determining the success of the narrative in creating a cadre of “fighters” willing to die for the cause cannot be precisely qualified, but taking into account attacks in Europe and in the Middle East and suicide bombings in the Caliphate to protect Mosul, the success thereof cannot be under-estimated. Since the commencement of operations to retake Mosul, suicide bombings showed a significant increase, executed mostly by foreign fighters. The conviction to the Islamic State ideology is therefore not bound to a Caliphate, but that of committed “multi-national fighters” that shows a concerning presence across the globe. The Islamic State as an international terrorism organisation does not need numbers, but a mere presence of those willing to become a hero in an imaginary tale; “heroes” the Islamic State desperately needs to give credibility to its propaganda.

The Caliphate as a Transitional Phase

What has all of this to do with the Caliphate project reportedly imploding?

The Caliphate’s legacy will be the centrepiece of the immediate future as herein is embedded an imaginary world that has become reality; the martyr that was born against all odds, that was ruled by a governance structure, that provided a safe haven for those willing to make sacrifices and that was attacked by an alliance of “evildoers”.

The narrative is carried by an archive of detailed photo reports and videos of children attending school, playing in parks, lucrative business practices, food production, health services and infrastructure maintenance and even an own currency. The effectiveness and efficiency thereof becomes irrelevant; it is the message of what was and what can be regained that will appeal to future generations and with that the Islamic State’s future has not reached an end, but merely a new phase.

This is already evident in an endless sharing of a treatise on Islamic State social media channels in which the calling to the Islamic State’s dogma is explained, serving as motivation for current supporters and a worthwhile option for would-be followers.

Defeating the Islamic State does not only rely on war, but the ability to present an alternative that outbalances an extremist’s narrative. Countering the Islamic State necessitates an international leadership brave enough to dissect the limitations of war and enact a narrative informed by actions in the daily lives of people: where the roles of the monster and that of what is good will be turned around. No, this will not obliterate the reality of extremism, but it at least facilitates threat management beyond states of emergency, endless profiling of would-be extremists and nations living in constant fear. DM