The SADC Wrap: Magufuli marches on against mines 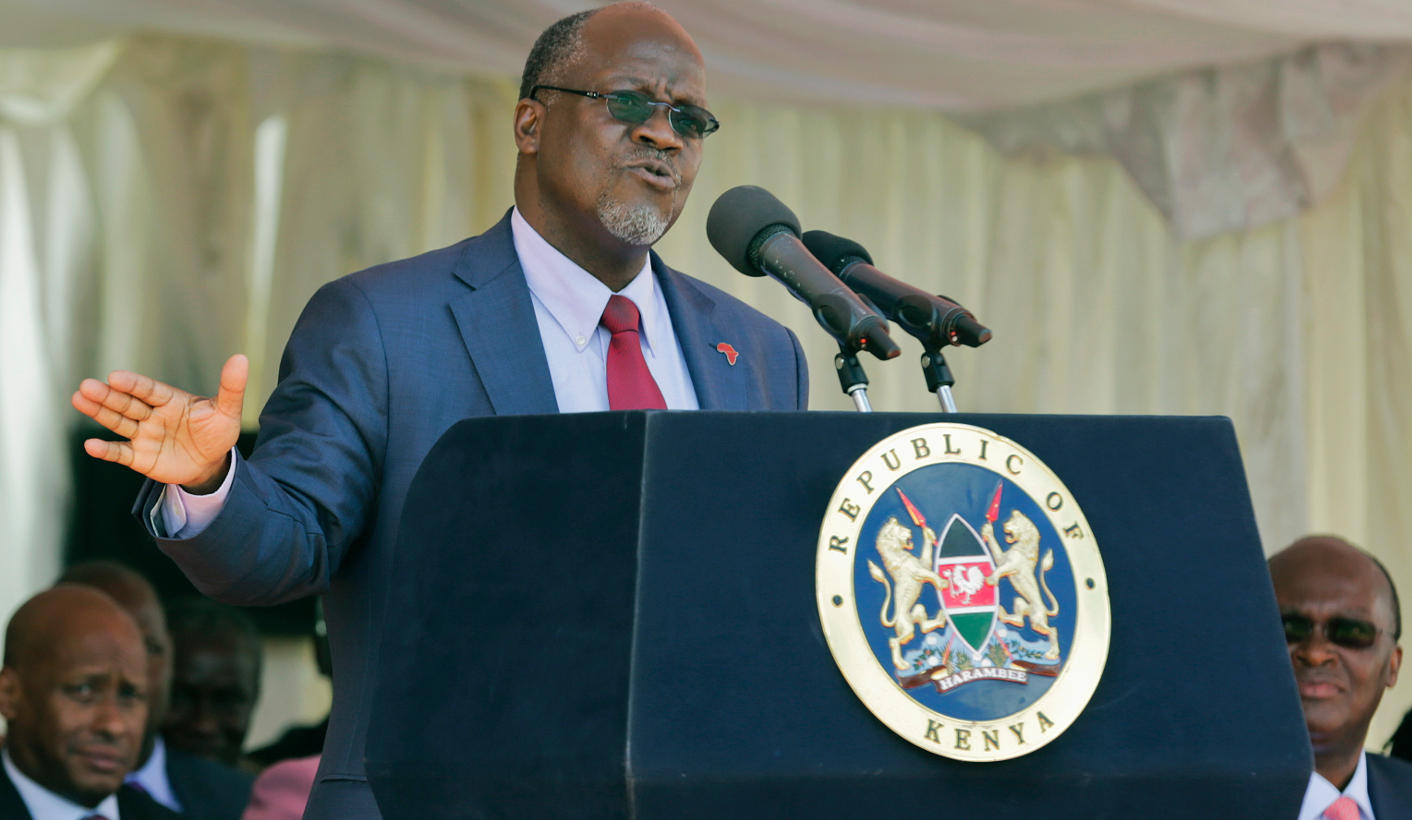 From the DRC and Zambia to Tanzania and Botswana, KRISTEN VAN SCHIE brings you a round-up of news from the region.

The new laws allow the country to renegotiate all of its current mining contracts, increase royalties, and partially nationalise mining projects.

“The laws also deny the rights of mining companies to seek international arbitration and relief in the event of a dispute with the government,” reports The West Australian.

AngloGold Ashanti announced it would kick off arbitration proceedings to protect its assets in Tanzania – which include the company’s largest gold mine, Geita – claiming it had “no choice” but to do so.

Tanzania’s move is not without merit, though. Speaking to Business Day, CEO of the Tanzania-based mining house, Kibo, Louis Coetzee, said that the investor-baiting legislation of the 1990s was out of date with an industry that had since matured, stoking “tensions between government and the industry”.

The new laws are the latest move in an ongoing battle between Magufuli and the industry. In May, he fired his mining minister after unveiling a report claiming mining companies were understating the value of their exports and thus avoiding paying taxes.

Mineral sands exports have been banned since March.

And until things are “put in order”, Magufuli says new mining licences will have to wait.

“We must benefit from our God-given minerals,” the president told a rally in his home town, reports Reuters. “That is why we must safeguard our natural resource wealth to ensure we do not end up with empty mining pits.”

Zambia’s parliament last week approved and extended by three months a partial state of emergency, even as civil society warned it would be used to stifle dissent.

The emergency powers now granted are purportedly aimed at giving authorities more reach to investigate a string of fires that President Edgar Lungu has labelled as “sabotage” by “people who are hell-bent on just bringing chaos into the country”.

At a press conference last week, the police announced that they’ve made 11 arrests in connection with a fire at Lusaka’s main City Market – and backed up Lungu’s claims.

“I wish to inform the nation that findings of the investigation taken so far by the team revealed the cause of fire was as a result of a deliberate ignition by unscrupulous people with premeditated intentions,” Inspector-General of Police Kakoma Kanganja said, according to Zambia’s Daily Mail.

“This means that the investigations have eliminated the possibility of an electrical fault or an accident as the cause of the inferno. Therefore, this incident is purely an act of arson.”

But Zambia’s Civil Society Constitution Agenda warned that the investigations may be compromised by the government’s claims, saying in a statement:

“We are left to wonder whether the investigative wings would be bold enough to give a report different from what has been already pronounced in public by government officials if they found that the cause of the fire at city market was not what these officials have said.”

Zambia and the International Monetary Fund have long been haggling over a deal that could see the country granted a bailout package of billions. But Lungu seemed unconcerned at a recent press conference about how the IMF would react to the partial state of emergency. “If they want to go because of this, they can go,” he told reporters. In this piece, the Zambia Institute for Policy Analysis and Research argues that while Zambia may not need the IMF package, it definitely wants it – no matter what Lungu says.

The opposition in the Democratic Republic of Congo expressed outrage last week after news broke that the country was unlikely to hold elections this year.

After a series of violent protests, the state and opposition agreed to form a unity government to work towards holding the election this year instead.

Kabila has never committed to a date for the vote, and last weekend the head of the country’s electoral commission warned that it would probably miss the 2017 deadline.

According to German agency DW, opposition leader Felix Tshisekedi reacted to the news by calling it “a declaration of war on the Congolese people”, while several United Nations’ Security Council members insisted the country “hold free, fair, and inclusive elections by the end of the year and without further delay”.

Said the US deputy ambassador to the UN, Michele Sison: “We are ready to take additional action to sanction those who stand in the way of DRC’s first democratic transition of power.”

And Botswana has been warned by China over an upcoming visit by the Dalai Lama.

The Tibetan holy man is set to meet with President Ian Khama during his time in the country next month, when he will be attending a three-day conference in the capital, Gaborone.

According to AFP, the government said in a statement that Botswana “will be extending the normal courtesies for visiting dignitaries” and that “His Excellency (President Khama) will meet the Dalai Lama when he is in Botswana”.

But Chinese Foreign Ministry spokesman Geng Shuang said on Friday that the Dalai Lama wears “the cloak of religion” to engage in “anti-China, separatist activities”, reports Reuters: “We hope the relevant country can clearly recognise the essence of who the Dalai Lama is, earnestly respect China’s core concerns, and make the correct decision on this issue.” DM