Tour de France for Dummies: Crashes and emotional wins on Stage 1 and 2 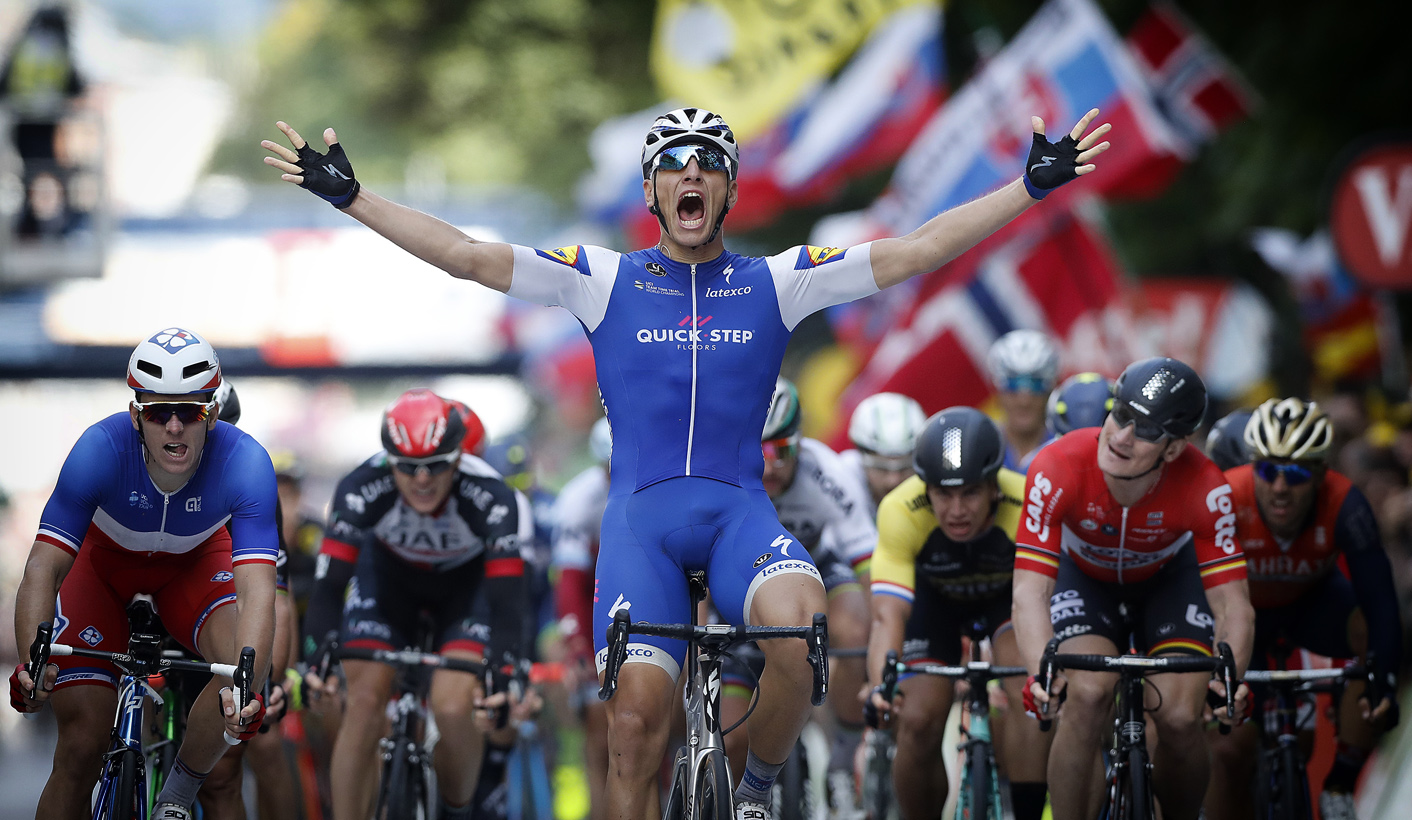 The Tour de France is in full swing. As the (not always funny) jokes about cycling and lycra-clad men and women over-enthusiastically taking to the roads after deciding that living vicariously through their TV screens just wasn’t enough.

If you can get over the dubious reputation of the sport, the Tour de France is an epic event. For three weeks, egomaniacs try to convince the world they play nicely as a team and put their bodies through torture that makes you tired just to think about.

Even if you are a passive sports fan, there is something about Le Tour that’s just so captivating. And for the next three weeks, we’ll bring you some of the highlights from the sprints and the mountains on these pages in a more light-hearted fashion.

As with all tours, things kicked off with The Grand Depart. This year’s event in Düsseldorf was an extraordinary thing. The Germans employed a band, which included something that sounded like a , to belt our renditions of pop songs. Katy Perry’s firework sounded like stepping on a cat’s tail in a certain tempo. The teams all got their turn on stage and headed off to do whatever preparations it is teams do before starting a time trial.

What happened on Stage 1 and 2?

On to the real stuff. Day one was a measly 14km time trial. With rain pelting down it made for anxious watching. If you have ever stepped on a white line on wet tarmac you’ll know exactly how slippery roads can be. Don’t even try doing it while balancing on rubber. The result was a few nasty crashes – some not even because of the wet white lines.

Movistar’s Alejandro Valverde’s tour was ended with a broken kneecap which will need surgery to repair and which will definitely end his season. Yikes. It means a lot of Movistar’s hopes are now pinned solely on Nairo Quintano. A few other riders were also ruled out as a result of the crash and day two wasn’t much easier.

Kenyan-born, South African-educated British rider Chris Froome was part of the group that crashed. He managed to recover quickly enough to link up with the peloton after a chase and a bike change. Even if these early stages aren’t Froome’s thing, he’ll be glad he didn’t lose too much time.

Quick-Step’s Marcel Kittel sprinted to victory on day two in a time of 4:37:06, collapsing in a heap of emotion after sitting on his arse and peddling for nearly a quarter of his day – we relate, mate. Behind him, his teammates celebrated – whether that was for his win or because they were just happy that despite having a slightly dubious breakaway, they got their man over the line.

Mark Cavendish from South Africa’s Dimension Data (riding for Qhubeka) finished in spot. He’s missed much of the lead-up to the tour, having been ill with glandular fever and said that he doesn’t even back himself to win a stage. But Cavendish is experienced and fiercely competitive, so don’t write him off just yet.

On Sunday, Impey finished the stage 67th, but moved up to 13th overall, Meintjes came in at 45th, moving him to 102nd overall and 16th in the young riders category. Janse van Rensburg came in at 132nd and Venter at 175th.

What can we expect tomorrow?

Up, up and away. The tour travels from Verviers to Longwy on Monday, trekking across 212.5km with three “category four” climbs and two “category three” climbs. To you and me, it simply means it’ll take some effort. The shorter climbs will suit the type of riders who enjoy one-day races. The pundits had Alejandro pipped for a possible win here. Shame.

“I was on the ideal wheel in the end but when Kittel went I was sprinting in his wheel and there was no way I could go past him. I didn’t feel like I had power in my legs. I got where I was by jumping on other wheels to get up.” – Mark “I probably won’t win a stage” Cavendish on the sprint finish on Sunday.

Welshman Geraint Thomas won the individual time trial on Saturday and held onto the jersey on day two. He’s the first cyclist from Wales to wear the leader’s jersey. DM

Photo: Quick Step Floors team rider Marcel Kittel of Germany celebrates as he crosses the finish line to win the 2nd stage of the 104th edition of the Tour de France cycling race over 203.5 km between Duesseldorf and Liege, Belgium, 02 July 2017.  EPA/GUILLAUME HORCAJUELO